The adventures in Holdenshire continue on EN5ider today with the second installment of To Smite A Fiend! 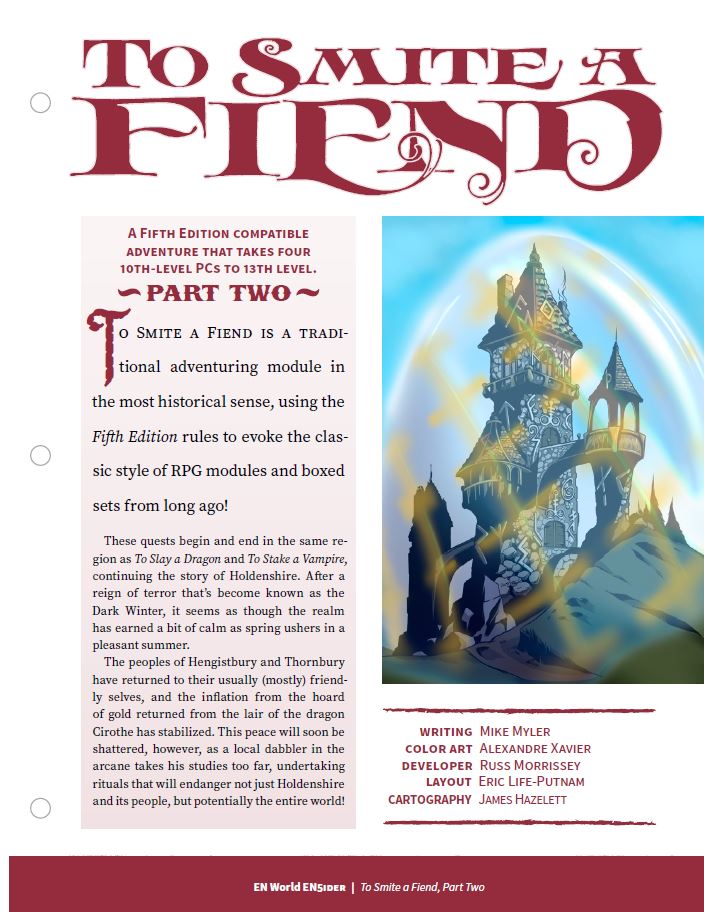