Since we saw Captain Nemo last week in Mythological Figures today the Epic Monsters column is keeping to the LXG theme and going after the ever unseen rogue, a fellow that drank too quickly and deeply from the wishing well before regretting his choice in the final moments of his life: the Invisible Man! 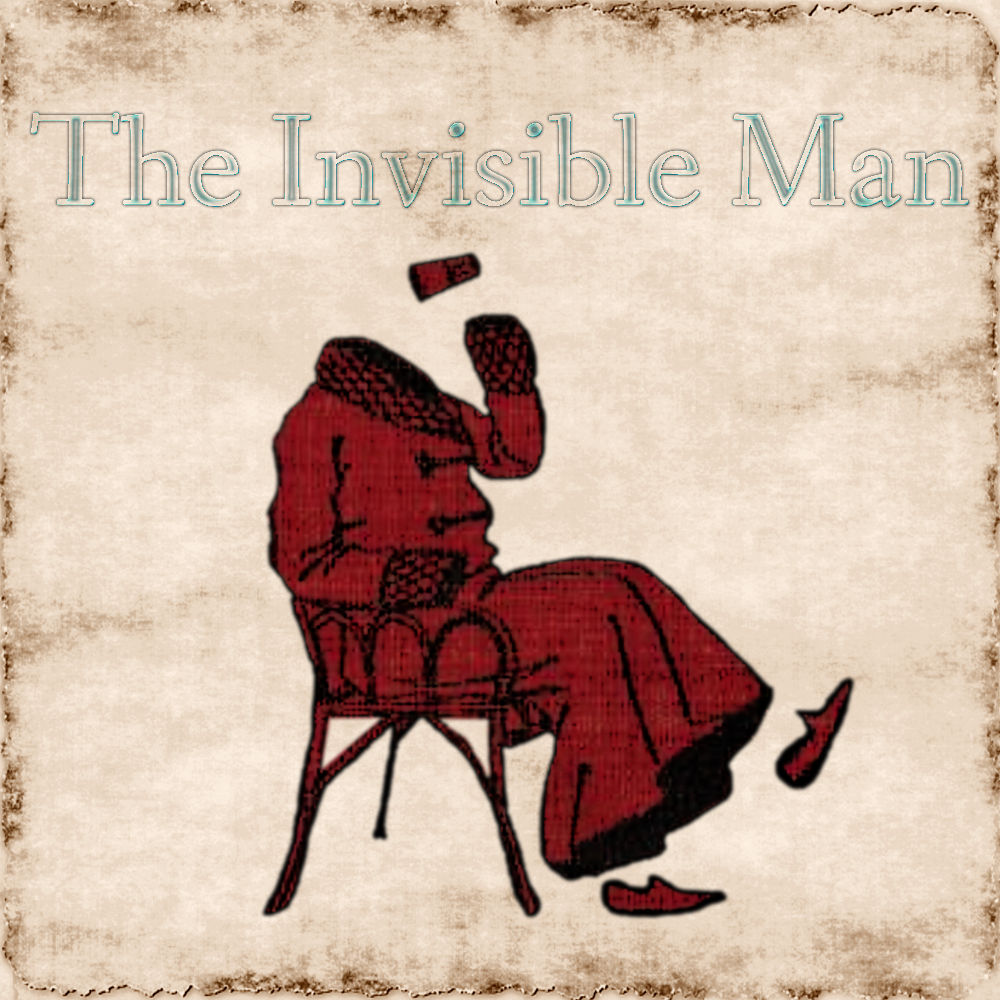 What’s below is a more roguish version of the character in the spirit of the one you’ll find in the League of Extraordinary Gentlemen (comics or movie). In the original tale, Griffin is the inventor and experimental subject of his own serum but he burns down his laboratory to cover his tracks, and things go downhill for him from there. His attempts at thievery don’t go so well (he fails to steal clothing from a department store and ends up taking some from theater) but for a while he manages to get lodgings, and more importantly an area to resume his studies into the reproduction and reversal of the serum that made him invisible.

While trying to keep his secret he enrages a town and flees, committing his first murder with a lead pipe and then convincing a kid named Thomas Marvel to become his proxy. This lad eventually turns on him, and though Griffin thinks he’s found an ally in an old medical colleague named Kemp the doctor does as well (disturbed by the invisible man’s claims that he’ll undertake a ‘reign of terror’ upon the country). After he dies in the street his body becomes visible again, and Thomas ends up with his damaged notes—though he doesn’t know Latin or Greek it’s unlikely the world will ever see the concoction recreated.

Design Notes: “Mike I’d just use an invisible stalk–” shhhh. Shhhhh. Shhhhhhhhhhhh. Be quiet, my sweet—that’s not what we’re doing here. Since you brought that up though, I will point you to one of the most undervalued and best RPG design PDFs I’ve ever read: File Off The Serial Numbers by Sean K. Reynolds. Really however we’re looking at a D&D game here so who’s going to drink the potion that makes them invisible? The rogue. While I didn’t build this statblock as a rogue (thief archetype), I am cherry picking the class features for monster traits.

Which brings us to the compelling bit here: doing the numbers. The DMG rubric (and it’s worth pointing out that there’s no recommended CR increase from being invisible…?) places the Invisible Man here smack on the nose of 4 (4ac+1hp+5atk+6dam=16/4). Our other indicator (the Blog of Holding) comes out at a lower 3.6 (3ac+2hp+4atk+7dam+2save=18/5) but I disagree with the notion that invisibility as a trait doesn’t merit a boost. Unless the PCs have some specific spell access (looking at you, see invisibility) or are in an area with terrain that gives away his position, the Invisible Man’s AC and attack bonuses are effectively 4–5 points higher. That sounds like it’s worth at least a small rounding up of the averages so: going with CR 4.

Cunning Action. On each of his turns, the invisible man can use a bonus action to take the Dash, Disengage, or Hide action.

Feat: Stealther. The invisible man can attempt to hide even when he is only lightly obscured from a creature he’s trying to hide from. In addition, the invisible man’s position isn’t revealed when he misses with a ranged weapon attack against a creature he’s hidden from, and he does not have disadvantage on Wisdom (Perception) checks in dim light.

Invisibility. The invisible man is invisible.

Second-Story Work. Climbing does not cost the invisible man extra movement. When he makes a running jump, the distance he covers increases by 4 feet.


REACTIONS
Uncanny Dodge. The invisible man halves the damage that he takes from an attack that hits him. He must be able to see the attacker.

INCLUDE THE LEAGUE OF EXTRAORDINARY GENTLEMEN IN YOUR GAME!
Captain Nemo, Dorian Gray, Dr. Jekyll & Mr. Hyde, Mina Harker (use either Elizabeth Báthory or Vlad the Impaler), that stupid American guy Tom Sawyer (reflavor Aladdin or Blackbeard), Tarzan or Sherlock Holmes (for a bonus appearance because they’d fit right in, and maybe even Professor Moriarty if you like), and tune in next week for Alan Quartermain.
Last edited: Feb 17, 2020
Click to expand...

Mike Myler is a freelancing RPG goblin (or goblin that freelances for RPGs?), regent, the editor for the excellent EN5ider Patreon, and the Project Manager for Level Up: Advanced Fifth Edition. You can also find his marks in the N.O.W. book for the What's Old Is New RPG and on www.mikemyler.com⁠ (which has the neatest collection of free content around as well as links to his 6 hardcover campaign settings). Definitely not up to anything sinister this year.
W

Rafael Martin said:
Really! I will start it off by saying should have at least 2 levels of Rogue, when you consider his very roguish past as a child. When he finally grows up he'll have perhaps ranger levels, but you will probably have one of those new classes like Detective or even Special Agent. Now get to it!
Click to expand...

Gunslinger at least for his firearm skills. Although rogue makes sense too as clearly that kill shot Sawyer does at the end counts as a long ranged Sneak Attack.

Staff member
I think the words "The invisible man is invisible" are a masterclass in game design!

Morrus said:
I think the words "The invisible man is invisible" are a masterclass in game design!
Click to expand...