D&D 5E Everything You Need To Know About Witchlight

Todd Kenrick posted a video summarizing a press conference which listed many of the things you need to know about The Wild Beyond the Witchlight. The video is below, but I've bullet-pointed the key items if you can't watch it right now. 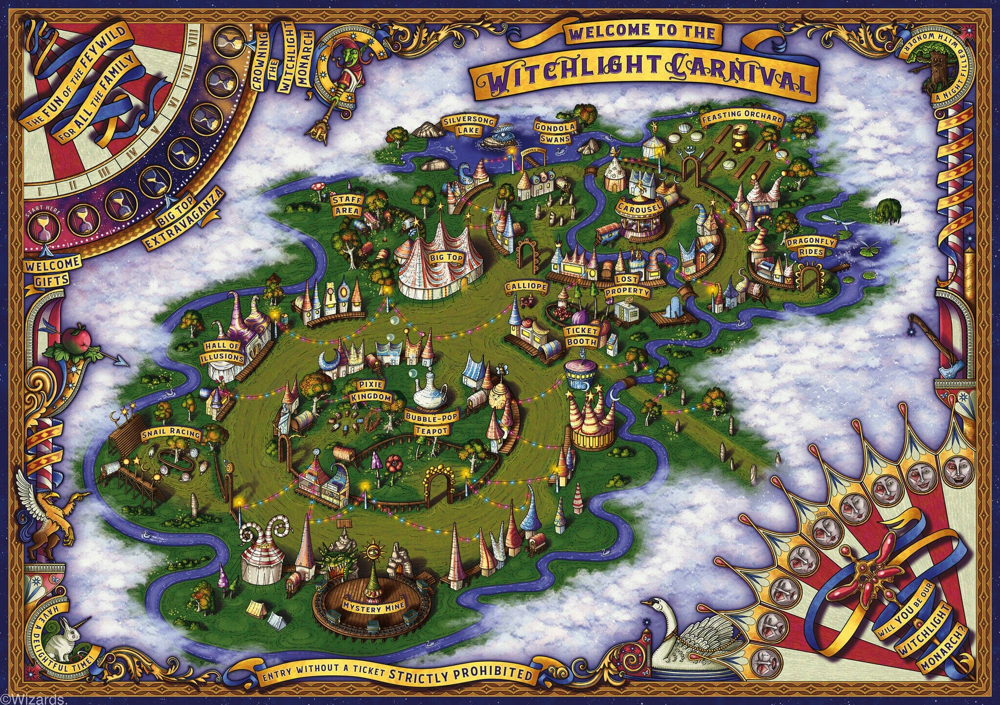 Hexmage-EN said:
Kind of curious how the Prince of Frost (one of the few archfey mentioned in 5E so far) fits into the new "Domain of Delight" paradigm, given the description of his realm from the Forgotten Realms wiki:


It goes on to say that it was once an idyllic place, so it could be spun as a corrupted "Domain of Delight", I suppose.

Zaukrie said:
While I will be surprised if I buy this, I love they are doing a "light" mirror of Ravenloft. Great idea.
Click to expand...

I'd really love it if one of the Domains of Delight has a similar theme to The Holiday House in the Thief of Always.

Name me one monster in 5E so far that's Immune/Resistant to that!

Custard Golem in the upcoming Kobold Press "Tome of Other Beast Things."

That's a possibility, too.

I guess you could also be more loose with what "Domain of Delight" means. Who is it delightful for, exactly? For some domains they could be idyllic for everyone, while others could be delightful only in the minds of evil fey.

Now that they have custard damage, it is time for emotional damage for when the PC's mom shows up and asks why the PC hasn't settled down, got married, and a got a real job. I have heard that barbarians are vulnerable to this damage type.

How long until bitter grognards complain about DnD becoming sanitized with an all-ages adventure?

Disgruntled Hobbit said:
How long until bitter grognards complain about DnD becoming sanitized with an all-ages adventure?I
Click to expand...

Well it has been for ages 10 and up for a long time! 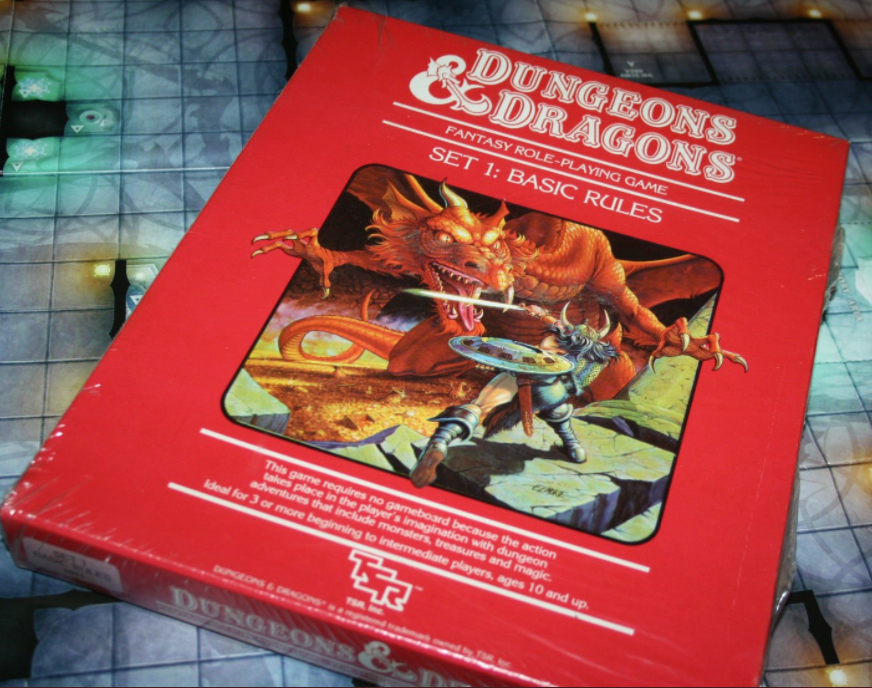 
I remember stories back in the day about how they were not going to put an age minimum on it at all, but were forced to.

Hexmage-EN said:
I'm amused that this adventure is both apparently more kid friendly but also apparently features Iggwilv, author of the Demonomicon and on-again-off-again lover of Graz'zt, Demon Prince of Sex, Drugs, and Rock & Roll.
Click to expand...

Whizbang Dustyboots said:
Hey, I grew up in the 1970s. Kids love sex, drugs and rock and roll.
Click to expand...

Gotta teach em while they're youn-wait a minute-

ART! said:
I have never bought a hardcopy of a 5E book, but this might be my first.

The great thing about "more lighthearted" is that it's super-easy to push that right into "twisted and scary".

I'm guessing that the Heckna carnival setting can be easily looted to turn the Witchlight Carnival into something significantly darker. (Or, conversely, used to flesh out the Carnival in Ravenloft.)

Hexmage-EN said:
It goes on to say that it was once an idyllic place, so it could be spun as a corrupted "Domain of Delight", I suppose.
Click to expand...

I suspect the definition of "Delight" will depend on each Archfey's personal tastes.

Disgruntled Hobbit said:
How long until bitter grognards complain about DnD becoming sanitized with an all-ages adventure?
Click to expand...

I am confident we will have a bunch of clickbaity videos on YouTube on that very topic before midnight tonight.

Ray Bradbury's Something Wicked This Way Comes, which will be recommended reading for my players before this campaign.

Disgruntled Hobbit said:
How long until bitter grognards complain about DnD becoming sanitized with an all-ages adventure?
Click to expand...

Am I missing something or isn't this answered in the very first bullet point of the OP?

Sure WotC, take my money.

Sounds like they might have some inspiration from WoW's Darkmoon Faire as well. Granted, "creepy carnival" is a fairly common trope...

Southwest Transportation Workforce Center. But I have no idea how that relates to the discussion either.
Though maybe Something Wicked This Way Comes? Not into theatre so no idea how that would relate either.
Those are just the first 2 hits Google gave me.

Hexmage-EN said:
Kind of curious how the Prince of Frost (one of the few archfey mentioned in 5E so far) fits into the new "Domain of Delight" paradigm, given the description of his realm from the Forgotten Realms wiki:

The Prince of Frost ruled over the Vale of Long Night in the Feywild. It was a place where the sun never rose and the moon never set, a frigid place where the snow never melted and the trees were eternally covered in frost. Barren orchards and ruined farms there reflected the fears of mortal farmers. A glacier rose to the north, and a vast, ever-frozen lake stretched across the south. The wind seemed to sing a song of pain and loss, and the cold seemed to reach through one's body to freeze even their dreams. The Pale Prince ruled the Vale from his Fortress of Frozen Tears, a citadel which was supposedly constructed out of frozen tears of sorrow. Within it, he kept a number of frozen mortals that he had turned into ice statues.
Click to expand...


It goes on to say that it was once an idyllic place, so it could be spun as a corrupted "Domain of Delight", I suppose.

A cruel yet wistful smile formed on the pale prince's face. "Her tears delight me," he answered without pause, lowering his crystalline goblet as the ice sprite poured a frosty clear liquid into it.

My arms remained folded, incredulous. As far as I was concerned, his frost-bound kingdom only sung of pain, loss, and death. There was no pleasure to be found here.

"Queen Meletena, take her for instance," the prince gestured to the frozen eladrin matron wrapped in a fetal position around a pulsating trinket that radiated refracted amber light through the icy walls. "Her youngest brother perished in war against the fomorians, her middle brother died at the hands of a human mob, and her eldest brother was stricken by an incurable curse. She beseeched me to keep her eldest brother alive, even if he would be frozen for eternity. You can see how I upheld our bargain..."

More trickery and half-truths, yet the unwrapping of his long fingers toward the frozen princess drew my eye through the layers of scintillating ice to the trinket. The way it pulsed like a heartbeat. "You transferred her brother's soul into a locket," the words flew from my lips as I connected the dots like a sharp wind blowing snowflakes together.

"I did, that and more," responded the prince from his frozen throne, voice as unapologetic as the north wind. "Meletena's true desire wasn't to save her brother. She yearned for freedom from the pain of her losses. There, can you see in her eye, the tears immaculately fore-stayed in the purity of the ice?" He sipped from his goblet, brooding eyes watching me.

Against my better judgment, yet fueled by desire to disassemble his cruel logic, I looked at the eladrin queen in her icy cage. Then it fluttered in my chest, a wingless yet boundless thing, and all at once my heart blazed with the heat of summer even as my extremities ran cold. She was happy. Peals of youthful laughter, lilting childish taunts, and quiet Elven song echoed in my ears. Though her body was bound like a fossil around the pulsating locket, the queen's mind lived on in those cherished moments with her kin. Only a single solitary unshed tear, just forming along her eyelashes, reminded me that this Prince of Frost was no friend of humanity.

"Your deal was monstrous," I said quietly, now unnerved and suspecting charm magic was at play. Yet, I could not tear my eyes away from this fallen eladrin queen, for in some way, I too understood the pain that would lead someone to accept such a bargain.

"Yes, I sup from the tears of these icebound souls because it delights me," he answered with imperious and self-righteous coolness, then his voice wavered and he set down the goblet. It dawned on me that he might very well literally mean tears filled the crystal vessel. "But are they not better off for it? Perhaps not today, not tomorrow, but the pains of life runneth over for all beings. What is life but not a study in things to which we must grow comfortably numb? So that we may endure? But where is the delight in that endless toil? My palace exists beyond those limited conceits. There is a purity in the ice. A permanence eclipsing immortality. A truth."

Scowling, I was equally transfixed by that burning pinpoint in my heart as I was succumbing to the cold. To think that he'd done her some great service! And yet, I could feel what she felt deep in my chest. "What truth is that?" I asked, my voice quieter than I'd expected.

Arching a snow-kissed brow, the pale prince pursed his lips together and asked one single solitary question that became my longest winter, "Tell me of your fondest memory, the time of your greatest delight..."