My group is preparing to play Zeitgeist, and upon seeing the map in the players guide, one of my players sent me this fairly compelling comparison. 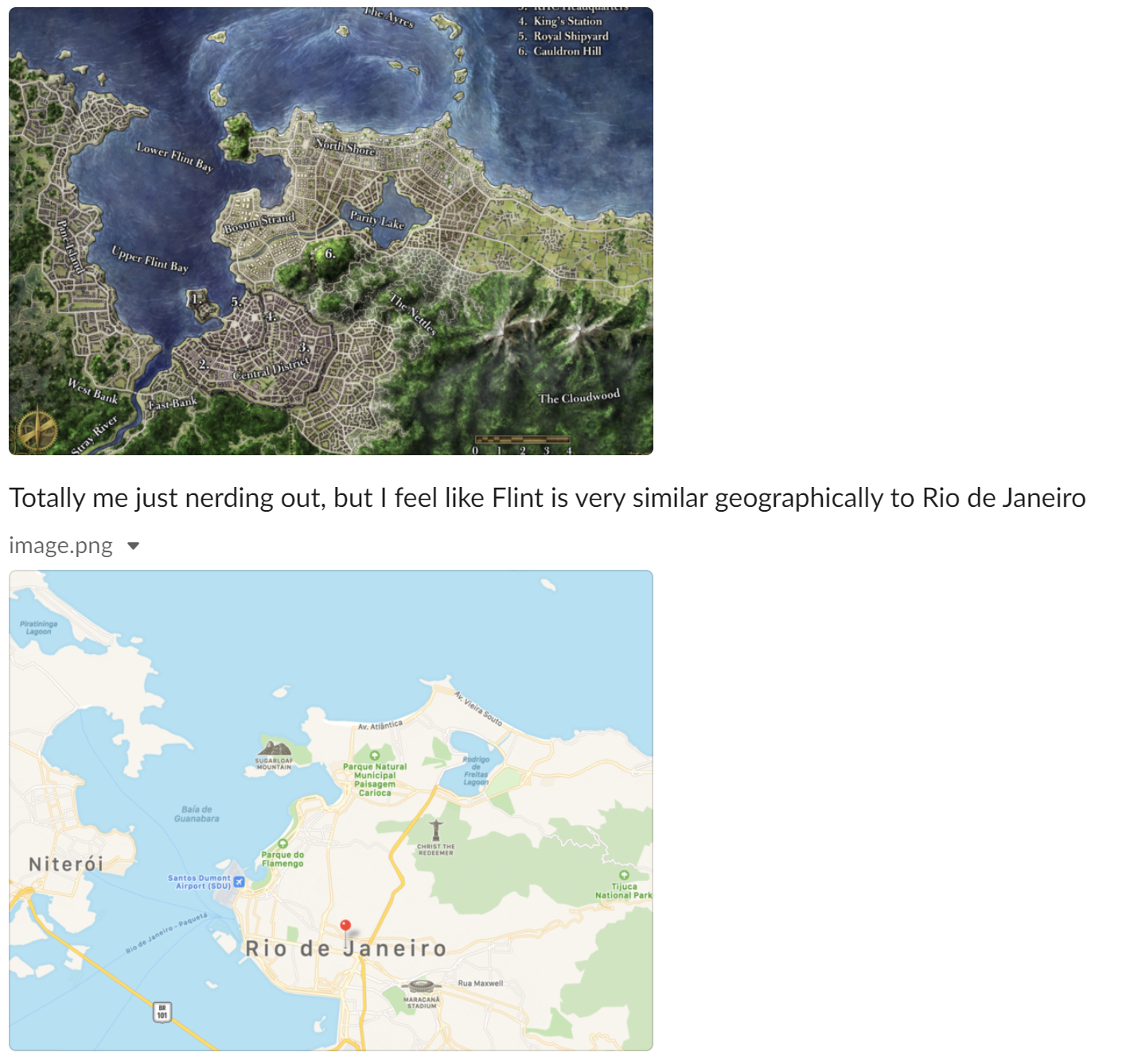 One of our main illustrators for the adventure path, Claudio Pozas, is from Rio.

I visited in 2008, and thought it would be a more interesting setting for a steampunk-ish story than your typical direct London analogue.

Also, in the Player's Guide, the Sword of the Black Needles is a reference to author Paulo Coelho, who wrote O Mago (The Alchemist). He claimed to have been given a magic sword by a wizard, but to have cast it away from the top of the Pico das Agulhas Negras (the Peak of the Black Needles), a mountain in a national park I hiked at while I was in Brazil.

I'm sure there are a few other Brazil references, but it's been a while, so they may have been just blended into my conception of Risur by this point.

Well I for one must sharply disagree with Morrus and Ranger, I see no similarities between Rio and Flint at all, it's not like there's a giant figure atop a hill overlooking the... hmm...

Well, I still think it's poppycock- next thing you'll be telling me that Han, Luc and Lya are from some manner of space-opera epic!

Squirmonke, if you have not seen it yet, you may enjoy this.

Zeitgeist has a bunch of references that people might not get if they don't know the source material. I only know a few of them, so please add to the list. SPOILERS AHEAD, obviously. updated by info from hirou, Elfshire, Andrew Moreton, MrPereira, and of course Ranger Wickett Part 1...