Those who head north from Magnimar along the rocky coastline quickly find themselves in a peculiar country. Fog drapes the rolling landscape, floating spectrally along damp and lonely moors. Small woodlands grace the region, their tangled depths redolent of nettles and pepperwood and pine sap. Further inland, river valleys lined by majestic redwoods wind between ragged tors and limestone escarpments. The region's vastness and sense of isolation have earned it its local name--the Lost Coast.

This book details the towns and settlements of the Varisian coast that held the key to unlocking the secrets of the Rise of the Runelords campaign. Magnimar, Turtleback Ferry, Xin-Shalast, and the town where it all begins, Sandpoint. 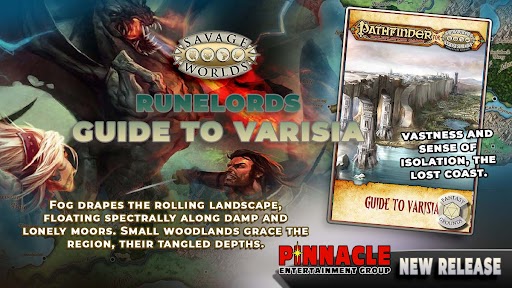