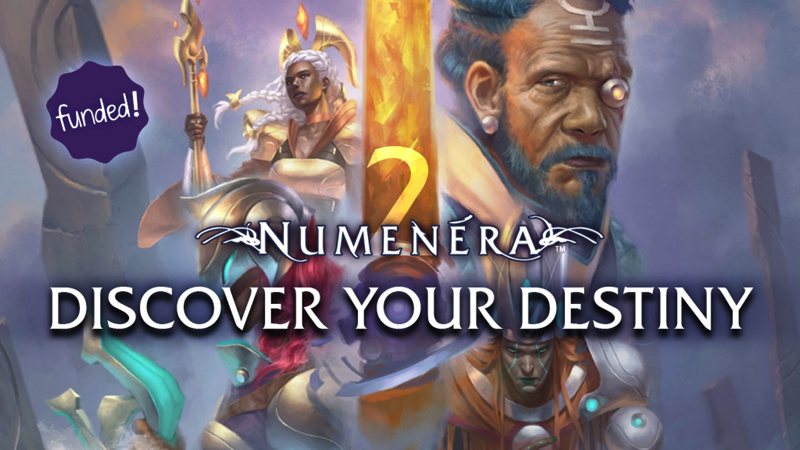 9. Legend of the Five Rings 5th Edition (Fantasy Flight Games)
Announced in 2015, the fifth edition of this RPG is in open beta testing. Set in a fictional world based on feudal Japan, this game was created by Alderac Entertainment Group in the 1990s and has gone through various iterations since. The setting is also the focus of a collectible card game, and has been a Dungeons & Dragons setting. The players take on the role of samurai who act as warriors, courtiers, priests, or monks. 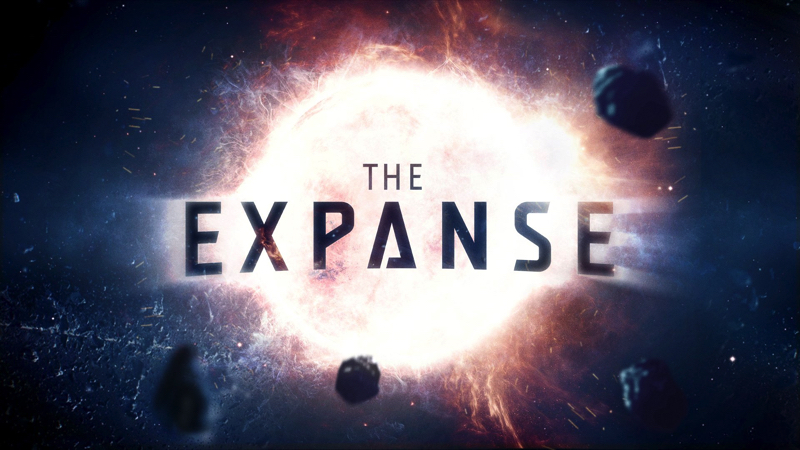 7. Warhammer 40,000: Wrath & Glory (Ulisses North America)
Not Warhammer's only entry in this list, this dark, 41st-century sci-fi game allows characters to adventure in the Dark Imperium. Brutal, immersive, and beset by endless war, this game will be brought to you by Ross Watson of Rogue Trader and Deathwatch fame. 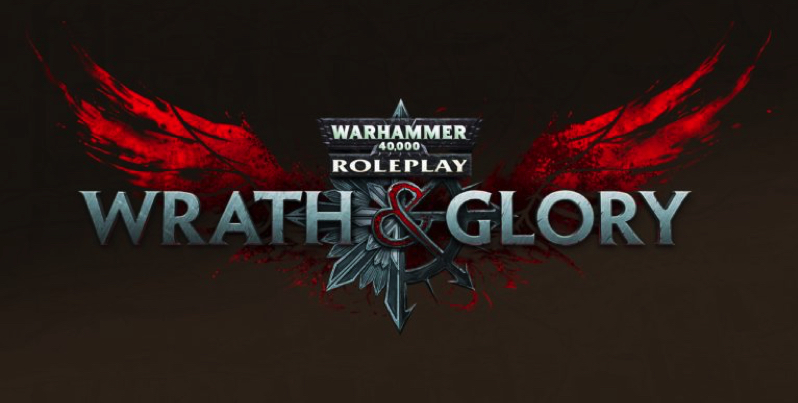 6. The Witcher Roleplaying Game (R. Talsorian Games)
The Witcher is a Polish fantasy setting created by Andrzej Sapkowski, and which has spawned novels, a TV series, multiple video games, and now a tabletop roleplaying game! The series features a mutant assassin who hunts monsters, and the RPG will be powered by the same system as Cyberpunk 2020. Originally slated for a mid-2016 release, this one seems to be running late! 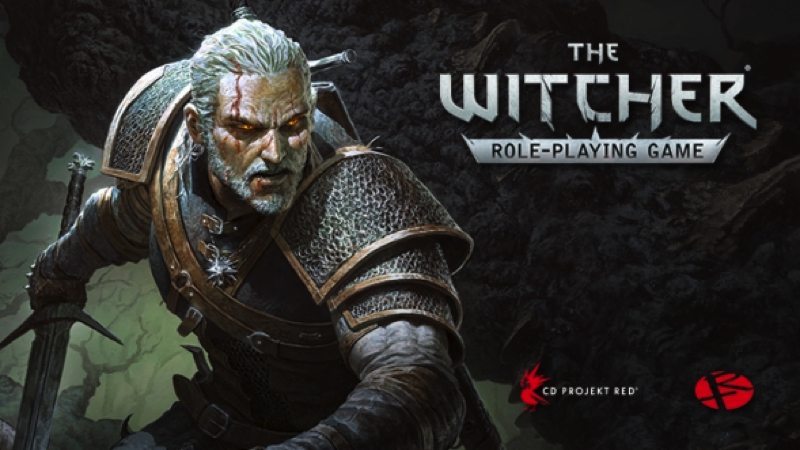 4. Forbidden Lands: Retro Open-World Survival Fantasy RPG (Fria Ligan)
There's always a strong Scandinavian presence in these polls, probably because they produce some of the most beautiful roleplaying games in the world. This Swedish offering, from the team who brought us Tales from the Loop, and Mutant: Year Zero, lets you play raiders and rogues living in a cursed world. A gorgeous boxed set, rules for exploration and survival, and packed with art by legendary Swedish fantasy artists, this looks like a must-have. 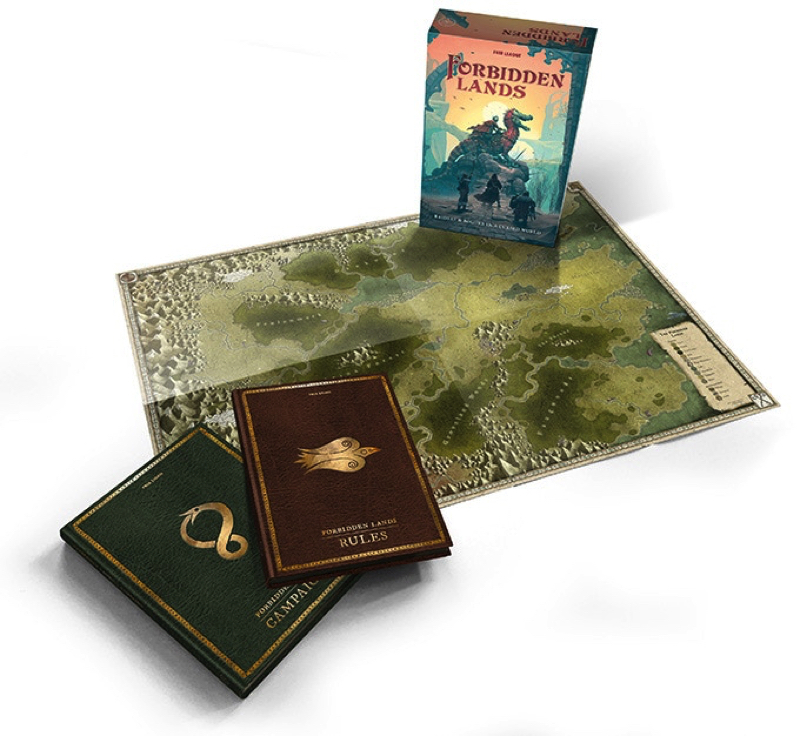 3. Kult: Divinity Lost (Helmgast AB)
There's always a game which makes it into the list two years in a row (or, in Conan's case, three years). This year, it looks like it's Kult's turn! Another Swedish showing, and equally beautiful-looking, this horror game describes our world, trapped in an illusion, filled with nightmares, demons, and worse. This is a new edition of a game which launched 25 years ago! 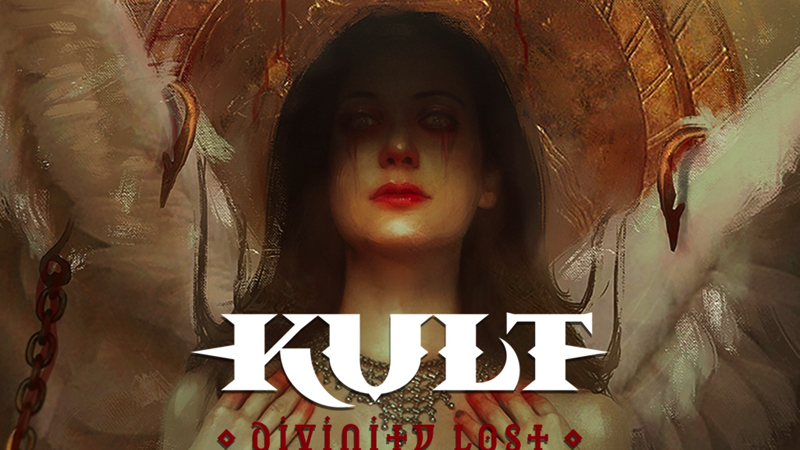 2. Warhammer Fantasy Roleplay Fourth Edition (Cubicle 7)
Warhammer features twice in this list, which is a testament to the love that fans have for the iconic, venerable brand. Now set for release mid-2018, the system draws heavily on 1E and 2E. This grim world of perilous adventure launches with the core rules and a boxed starter set, and will also be accompanied by updated versions of classic campaigns like The Enemy Within. 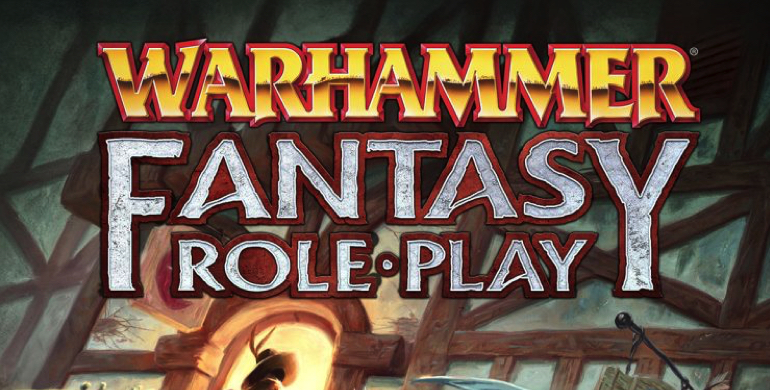 1. Vampire: The Masquerade 5th Edition (White Wolf)
White Wolf is revisiting Vampire: The Masquerade with a bang! Announced earlier this year, the 5th edition is being spearheaded by veteran RPG designer Kenneth Hite. V:tM burst onto the scene back in 1991, and allowed players to adopt the role of vampires in a gothic, modern world, and went on to give us the entire World of Darkness setting, which featured companion games starring werewolves, mages, and more. And now, in 2018, it's coming back, and is officially the most anticipated tabletop roleplaying of the year! 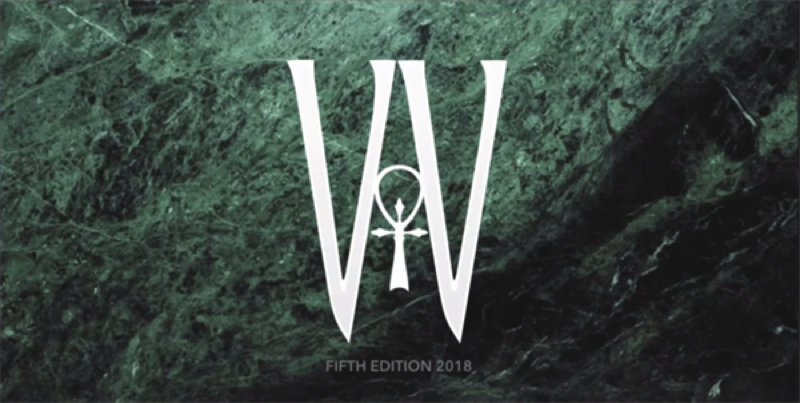 [MENTION=1]Morrus[/MENTION]: Legend of the Five Rings 5th Edition won't use the classical Roll and Keep dice (d10s) pool system of the previous four editions, but a modified Roll and Keep with proprietary, narrative dice (with 6 or 12 sides), similar - but not identical - to those introduced by Warhammer Fantasy Roleplay 3rd Edition and then employed in the various Star Wars RPGs by Fantasy Flight Games (and now in their Genesys "universal" system).

Forbidden Lands is the only new non-licenced property on the list. Well done, Fria Ligan

Vampire got #1? Didn't see that coming.

Same system as cyberpunk 2020?!? That's probably a pass then.

Neither did I. I guess nostalgia for the oWOD is going strong. The original Vampire: The Masquerade had a positively seismic impact.


It's VtM, duh. It was very influential for a lot of people and we're waiting for it to reclaim its rightful place in the rpg scene anxiously.

I think it's just that EnWorld's readers are less likely to be WoD fans, but since it got posted on social media...

Vampire has been, historically, the second biggest tabletop game after D&D. ENWorld isn't necessarily focussed on it, but there is unquestionably an underlying, international fanbase to it (with the LARP associations making some gaming groups much larger than other games, in terms of selling books to them). Like D&D, the new game release itself is only part of the overall business strategy, with things like movies, tv and online games where the marketing is really aiming at in the long term. However, it all starts with getting the RPG right first.

Anticipation is apt. How many other RPGs would have a documentary coming out about it this year also?

Anyway, pleased to see WFRP 4th/Enemy Within right up there also, RuneQuest: Glorantha to a degree and Kult (which means it's about time you published it!).

I've actually seen the playtest documents for Kult and it's looking good. Noting that The Onyx Path ought to finally release Wraith: The Oblivion as the last of the 20th Anniversary games (closer to 25th Anniversary now!) too, 2018 may be a significant year for horror RPG fans.

2018 may be a significant year for horror RPG fans.
Click to expand...


Yes. Also, let's not forget LexOccoltum! that was my other vote, little sad it didn't make it.

This is somewhat of a confusion about system here. The website refers to the Fuzion system being used and mentions that this was the same system that powered Cyberpunk 2020. This is not true.

Cyberpunk 2020 used the Interlock system, based on Stat+Skill+D10 vs Target number. The Fuzion system came later, as an attempt to build a generic system that 'fused' together aspects of the Interlock system and the Hero system (which powered Champions). It uses either D10 or 3D6, and works a little different. There were a few game releases that used the Fusion system, including an edition of Champions and a 3rd edition of Cyberpunk (only released sometime into the 2000s).

I'm not sure what the final ruleset of The Witcher will look like.
Last edited by a moderator: Dec 18, 2017

PMárk said:
Yes. Also, let's not forget LexOccoltum! that was my other vote, little sad it didn't make it.
Click to expand...


Well, there can only be 10 in a Top 10. Paladin and Prince Valiant didn't make it either!

Another big horror release could also be a revamped, full colour deluxe edition of Masks of Nyarlathotep for Call of Cthulhu. It's a campaign not a core rulebook so wouldn't qualify for this list. However, both Masks and WFRP's Enemy Within campaign (which also is pretty horrific in tone) are arguably the two most celebrated classic campaigns in RPG history. Both are highly anticipated releases for me.


And ironically when I read that I suddenly decided to care about this one....I love the old Interlock system from Cyberpunk 2020, and would also be keen if it were the hybrid Fuzion system. So now The Witcher RPG is suddenly on my radar.

I guess this is a net gain and a net loss for RTG, so no change then.

With Mekton being 4 years behind schedule and Witcher being a year and a half behind schedule, I am a little surprised Witcher even made the list. Knowing R. Talsorian's track record, I doubt we will see Witcher in 2018 at all.

I need to take a look at the L5R beta. I love my 10k10. I'll keep an open mind but that is one thing I wanted them to keep around.

The new Facebook/Twitter/Print/etc. buttons that won't stay hidden are quite annoying! They cover the text of the article. After hiding them, as soon as I scroll the article they unhide.

@Morrus. just a clarification, Warhammer Fantasy and Warhammer 40,000 are not the same brand. It might seem like splitting hairs, but it would be beneficial for newcomers to either IP to not become confused.


Agreed, and "quite annoying" is putting it politely. Scrolling up and down to read the text in it's entirety is... well, quite annoying

*edit* And, I'm really looking forward to the new Runequest. I remember how "fiddly" and time consuming the combat seemed like compared to the original D&D. Looking back - it seems simple compared to many other games. Still Runequest and Elric / Stormbringer were among my favorite games back in the day. Along with D&D and Traveller of course.
Last edited by a moderator: Dec 19, 2017


I use Adblock on Firefox, and you can right-click on the toolbar and get Adblock to target it and kill it.

PMárk said:
It's VtM, duh. It was very influential for a lot of people and we're waiting for it to reclaim its rightful place in the rpg scene anxiously.

I think it's just that EnWorld's readers are less likely to be WoD fans, but since it got posted on social media...
Click to expand...


I had the opposite thought... I have whole floor-to-ceiling bookshelves of WoD stuff, but I'm actually NOT anticipating VtM 5. Everything they've put out so far indicates that it's going to be an Edgelord LARPer disaster that mostly serves to highlight how much better Requiem 2nd is.

I assumed most of the people voting for it are people who haven't been following the development. It's hard for me to imagine someone looking at the Pre-Alpha or documentary trailer and being like, "Oh yeah, this is in good hands."

I'm surprised with these results too and very surprised as well that Empyrea came out with a big splash but at the end it isn't in the list of 2018 products.