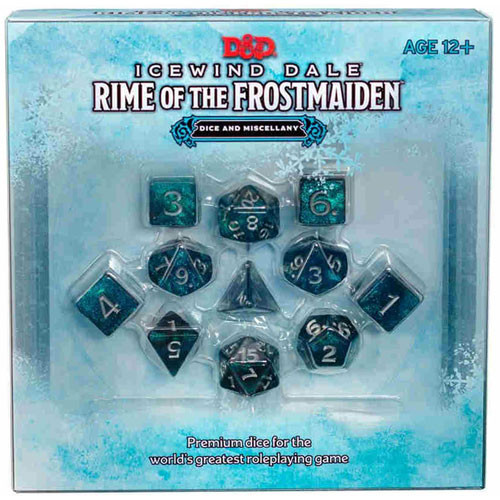 It's clear that WotC has turned this into a formula, which is both good and a little confusing when they repeat things that could have been handled better. One of the good parts is the production value.

The dice trays turned boxes are lovely with pretty metallic inks, velvet lining, and an attractive design. The back of one tray is a design that complements the limited edition cover for ID:RotF. The back of the other is a winter-themed version of the D&D logo ampersand.

The dice are an attractive dark blue to go with the color scheme for Icewind Dale with silvery swirls evocative of blizzards. I was surprised, though, that the 20 on the d20s were normal 20s. In the Laeral Silverhand's Explorer's Kit the 20s were the logo ampersand. I expected some sort of symbol for Icewind Dale, much like the dice given out for the organized play campaign, Legacy of the Crystal Shard, which was released during the play test period between 4th Edition and 5th Edition.

As with the Avernus and Laeral Silverhand sets, the dice come in a set of 11. That's the usual set of seven dice plus an extra d20 for advantage/disadvantage rolls and three more d6s for character creation in case you use the roll four and drop the lowest method, which is popular. Surprisingly, the two d10s are exactly that instead of one being marked for percentiles and the other a regular d10. 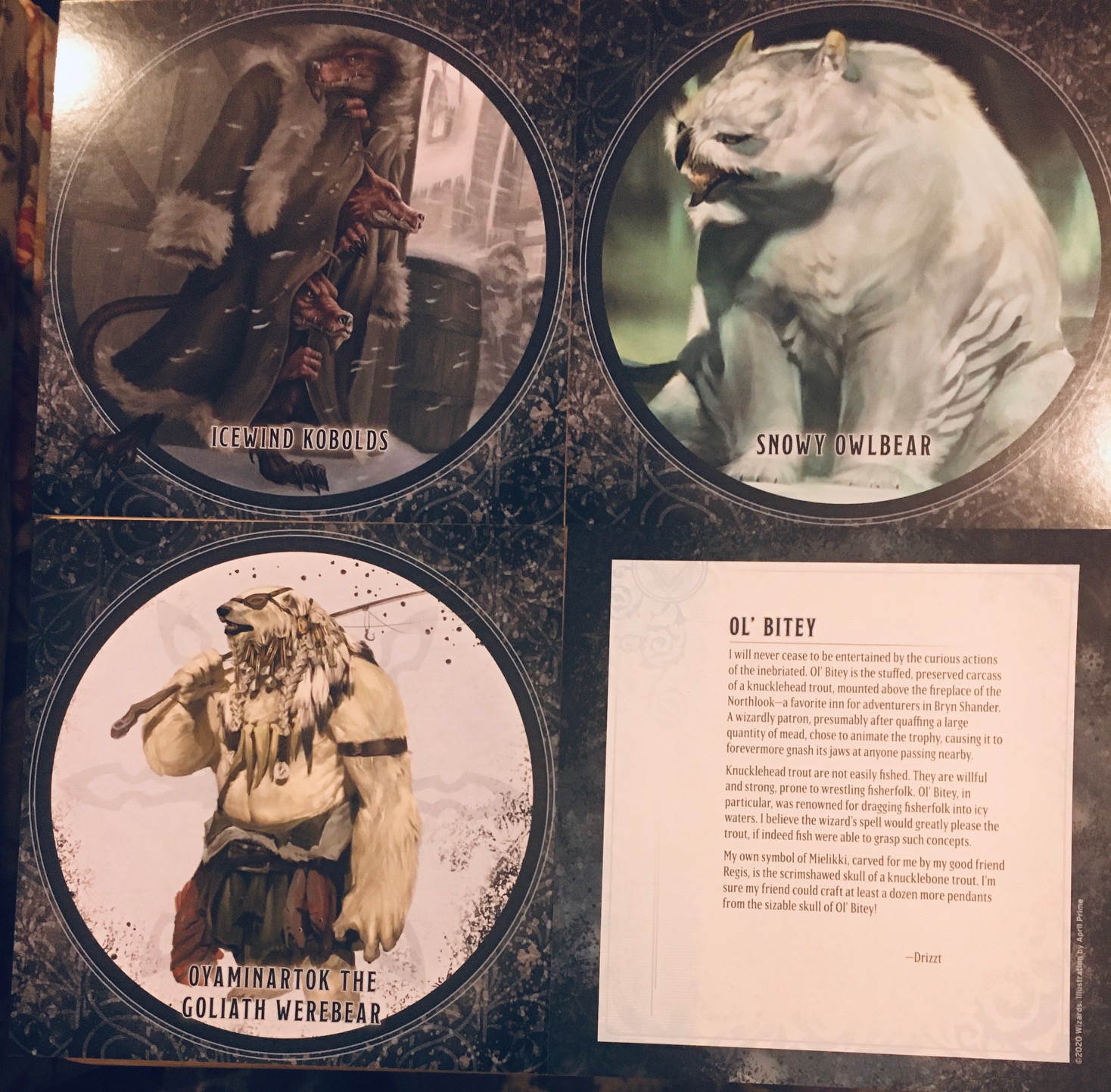 The folding map is nice, though, understandably small. Still, it's a folded map, They could have made it a bit bigger and still easily fit in the box. One side shows Icewind Dale, and the other has small maps of each of the Ten Towns.

The cards are mostly creatures, not NPCs, which might have been useful to easily show what they looked like to players. Instead the cards are supposedly written by Drizzt so they're his opinions and insights.

The art on one side is gorgeous. I especially like the snow owlbear. When can we get a stuffed animal version, WotC? Or maybe a stuffed animal that holds dice, UltraPro, like the red dragon dice holder or the owlbear version?

The Icewind Kobolds artwork is a reference to something in the book. Because outcasts frequently end up in the Ten Towns and reliability is more important than convention, it's mentioned that kobolds can and have been accepted as townspeople so long as they pull their weight. Even “three kobolds in a cloak” would not necessarily attract attention.

Ol' Bitey, legendary fish of Icewind Dale gets a card. Oyaminartok the Goliath Wearbear looks really cool. But why does the card design use so much blank space instead of making the font size a little larger? Yes, I know a lot of younger players have discovered D&D in recent years but a good chunk of the base is also aging. Why not use the space to make the text easier to read?

If you're a dice addict like I am, the set is totally worth it for adventure-themed dice and the matching trays. If they made a few tweaks, though, the set would be superb. And seriously, WotC, consider snow owlbear stuffed animals. They'll be a hit.
Click to expand...

Its listed on Amazon for $28.00, which may be ok if you plan on using the map and other handouts. I was intrigued by some links showing this though. 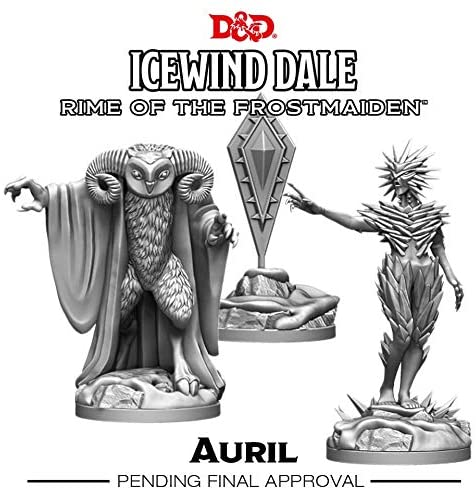 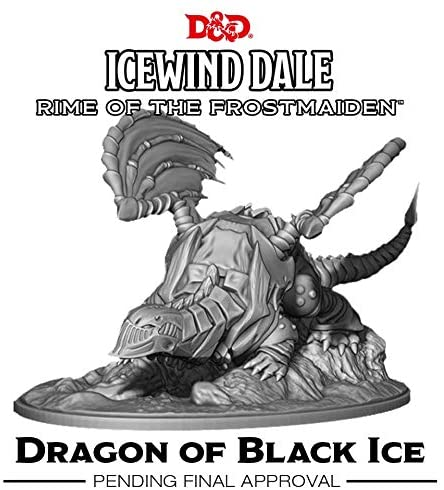 At first glance, I thought Oyaminartok was wearing sunglasses.

Werepolarbears are so cool they gotta wear shades.

I just got the one from Wizkids delivered last week. It was cheaper and Colossal-mini sized, which fits my collection of gargantuan/colossal dragon minis better.

Are both the d20s normal sized instead of larger like in the previous set?

Leatherhead said:
I just got the one from Wizkids delivered last week. It was cheaper and Colossal-mini sized, which fits my collection of gargantuan/colossal dragon minis better.
Click to expand...

I might be telling you something you already know, but . . .

Different strokes for different folks! The GF9 minis need to be assembled and painted, the WizKids minis are pre-painted with OK to awful paintjobs. Although, on the larger figures like this, the paint jobs are usually decent.

I really like the set. And thus far the dice seem to roll in my favour

Ugh I think I forgot to order these.

You can get the oversized chunky d20 for this set if you buy the Drizzt action figure. Hasbro trying to get more $ from us.