If you were to play a card-based RPG, would you want it to also have dice?

Imagine a TTRPG along the lines of, say, Marvel's Midnight Suns meets Slay the Spire. Would dice as a randomizer appeal to you in such a game, or would you want it to be entirely card-based?

I guess if the cards make things random, then you do not need the dice. I like dice, but not needed.

One randomizer is enough. With boardgames, two sets of randomizers can be useful to set the structure at the beginning, and then a second to resolve conflicts during the game.

Torg had cards and dice, and the dice seemed secondary. If you had the right three or four cards it unlocked the chance of obscene dice totals that allowed finishing moves or creating plot points that would stretch across the campaign. The odds of getting those exact three or four cards were slim, but possible, and not often enough to choke on the die rolls half the time.

Deadlands had dice and cards, too. It was a bit of an inverse, where the cards opened up better die results but the dice were more important. There were also chips to adjust results in a way you preferred.

Torg has cards and dice! It's been rebooted as Torg Eternity. Not only does it have cards, it has three different kinds of decks (initiative, called Drama; player, called Destiny; and cosm-specific player cards too). Each cosm (of 8) you can adventure in has its own Drama and Cosm card decks. Sheesh. At least all the splatbook rules have been kinda-sorta unified....

I don't know the thing OP references, but...

Provided the dice and cards have very different roles, sure.

Example of games I do like the mix:
games where the use of one or the other was an option? not so much. Castle Falkenstein feels VERY wrong with dice. (Rules for which are in Comme Il Fault.) I'll stick to Cards for CF.
Meanwhile, the optional (but recommended) masterbook deck is really cool in torg and other masterbook engine games.

I've not run any Cards for Tasks and Dice for non-tasks. I only recall one: Lace and Steel. Fighting is card based. ISTR it being dice for character gen. Too lazy to dig and check.

I'm not familiar with the games the OP mentions (I think they're computer games?), but I have some thoughts on using cards as randomizers and how they possibly work along dice.

aramis erak said:
Provided the dice and cards have very different roles, sure.
Click to expand...

If the cards are used as pure randomizers, I would not want dice.

If the cards were used in card type ways, like holding a hand and determining when to use it, or building a deck for your character that gives bonuses to only certain types of actions, then I could see usages even if randomizers.

But even better are cards that do other things. Sure, those might be able to be put on a chart and determined with randomizers, but cards quicken that at the least, and enhance it when used in card-type ways.

Here's a completely made up example:
Picture making a deck for your PC, and you'll be able to have three in your hand to play when you think are appropriate. Cards have two parts - a narrative control and a bonus to a related sort of activity - you can use it for either (but not both), and you don't refill your hand until you've used all of your cards. You are playing a well connected rogue type.

A Friendly Face
When meeting with sentients who are not Hostile where at least one member is new, you may unexpectedly know one and they have a step more positive Reaction than the rest. Give a quick thumbnail of how you know each other.
MODS: -2 Target on any non Aggressive social move; -1 Success on any Stealth or Hidden move

I Know A Guy / Name Dropping
Know the closest reasonable location to find a legal or criminal service. Starting Reaction of Hostile or worse is bumped up to Suspicious and may be adjusted from there by other cards.
MODS: -2 Target numbers on social moves for the rest of the scene until a social Failure, at which point Reaction will worsen by two steps.

Outside of poker I generally don't play card games besides the very occasional game of Cards Against Humanity or Apples to Apples at a party. Trivial Pursuit is the only game I recall playing that has both dice and cards. Regarding a tabletop card RPG-type card game, no I wouldn't want to have to use both dice and cards. I'm old, my memory isn't too great and I have a hard time walking and chewing gum these days so one or the other for me.

I selected no, thinking of games like GRIM. But Mongoose's Paranoia works some neat card mechanics into the game, in which most of the game is resolved using dice, in the release they Kickstarted a few years back. I enjoyed it. But apparently many fans didn't, which Mongoose specifically pointed out in the new version they are now running on Kickstarter, which removes the cards. So, apparently, many players don't like to mike card chocolate in their dice peanut butter.

I prefer one tool or the other. Not because using them both is evil or anything, I’m just more comfortable not having to change gears in play.

Blue said:
But even better are cards that do other things. Sure, those might be able to be put on a chart and determined with randomizers, but cards quicken that at the least, and enhance it when used in card-type ways.
Click to expand...

The first and easiest to discuss is the Drama deck, which handles encounter flow. When in combat or other encounter mode, the GM draws and reveals a card from the Drama deck at the start of each round. This card determines whether the Heroes or Villains have initiative this round as well as any effects on either side. An encounter scene can be either Standard or Dramatic – in a Standard scene these things are weighted to favor the Heroes and in a Dramatic scene the Villains. Each card also has a section for Dramatic Skill Resolution, which is a mechanic used to handle multi-stage problems as well as chases. There's also one or more Approved Actions, which determine which actions will let a player draw more Destiny cards (see below). Finally, each card of course has an appropriate title like "We got them on the run!" or "I have you now!"

The second is the Cosm deck – or technically, cosm decks. TORG is a multigenre game where each genre has its own cosm deck that reinforces that genre. When played, they generally have some moderate positive effect or a negative effect which also gives players Possibilities (a metacurrency which can be used to improve rolls or reduce damage). For example, in the Living Land (stone age tech, dense jungles and other difficult environments, high levels of spirituality, covered in dense mist) you might have The Law of Life which lets you find a place to rest and recover, or The Deep Mist which makes the party get lost and take much longer to reach their destination but gives them 1-3 possibilities each depending on how much trouble that causes. In each act, each player gets one Cosm card, which can be played at any time. Should you switch Cosms during play, any unplayed Cosm cards are swapped for cards from the new Cosm.

The third and final is the Destiny Deck. Destiny cards are generally unequivocal bonuses. Some give a general bonus to doing things, some give a bonus to doing certain types of things, some give you rerolls, etc. There are also some that are more "special" like Idea which gets you a hint from the GM, or Nemesis which turns an NPC into a nemesis who has it out for you in particular. There are also a bunch that deal with the deck itself like Rally which lets the PCs discard as many cards as they want and refill, or Seize Initiative which either lets you keep the current initiative card for one more round or lets you flip over a new one if you're not happy with the one that's been drawn. Out of combat/encounter mode these can be played freely from your hand, but in combat you must put them in your "pool" in front of you first, and you can only put one card into your pool per round. The effect of this is that a fight often seems to have the odds arrayed against the Heroes, but with some bravery and derring-do (read: clever card-play once there are enough cards to do fun things with) the Heroes can turn the tide and win the day.

Are the cards a randomizing agent, or do they represent meta-currency to be managed?

Nifty. I remember TORG from it's first incarnation back in 1990, and it's card use was one of the inspirations. I haven't taken a look at TORG Eternity, it seems they have built out the idea even more.

johndesmarais said:
Are the cards a randomizing agent, or do they represent meta-currency to be managed?
Click to expand...

In TORG, the Destiny and Cosm cards are a meta-currency while the Drama cards are a randomizing agent (albeit not one that is used for individual actions).

Blue said:
Nifty. I remember TORG from it's first incarnation back in 1990, and it's card use was one of the inspirations. I haven't taken a look at TORG Eternity, it seems they have built out the idea even more.
Click to expand...

They sure did. The main thing was that in OG TORG, there was no Destiny or Cosm deck, only the Drama deck which served both as initiative randomizer and metacurrency. 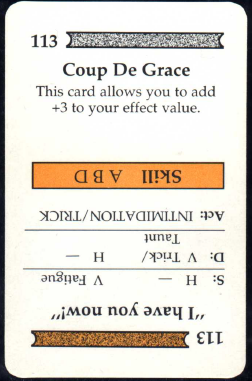 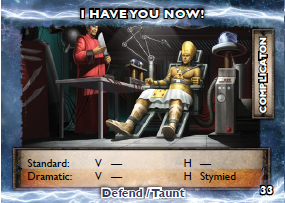 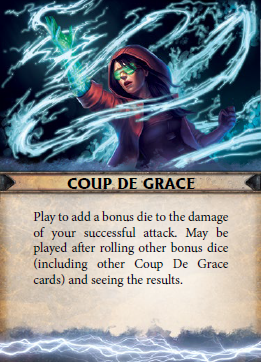 And many of the things the Cosm deck does were additional procedures for playing in those cosms or left as GMing advice. For example, in the Living Land there were rules both for navigating through the mist and for the rapid decay of "dead things". In TORG: Eternity, those things are controlled by the players via Cosm Cards.

A Look Inside The Marvel Multiverse RPG Playtest Edition
2