So, I just had to share this. The Logos in my party has used this ability to... tremendous success throughout the campaign.

During adventure 6, during the train building he used the ability to help his side win; conveniently, it turned out, they always found a random shack just out of view which had supply in it.

He was later taken to high court in Alais Primos, where it was revealed that Prime Cardinal Tito Banderesso was the characters father, and a morally bankrupt power-monger who had plans for a dynasty. The player was likely going to be imprisoned within the Vault of Heresies had he refused the Prime Cardinal's. Turns out, there was a trap-door built into the temple of Triegenes which had a long hallway leading to a fairly safe exit; the trap door. After using the trap door, the PC ran and Tito followed. What I didn't know was - and my player showed me a drawing of the layout after he declared his actions - was there was also a spike pit 100ft down the trap door, and he used limited flight to avoid the pit. Tito jumped in after him, and the Clergy is now without a Prime Cardinal.

So, that was all fun and great. Now, here we are and the Obscurati have plane-shifted the palace into the Bleak Gate. The PC, a fighter and Aodhan are after the northernmost lantern. And he does it. "There's a trap door behind those bushes." The PCs are already in a dire enough situation, so I don't care - I figure there's a big ol' hallway which will lead to the lantern but they'll get swarmed by wraiths going through the ground.

"I enter the trap door and activate the lever." Then, he showed me this diagram of wooden flats and boulders conveniently positioned under the lantern. 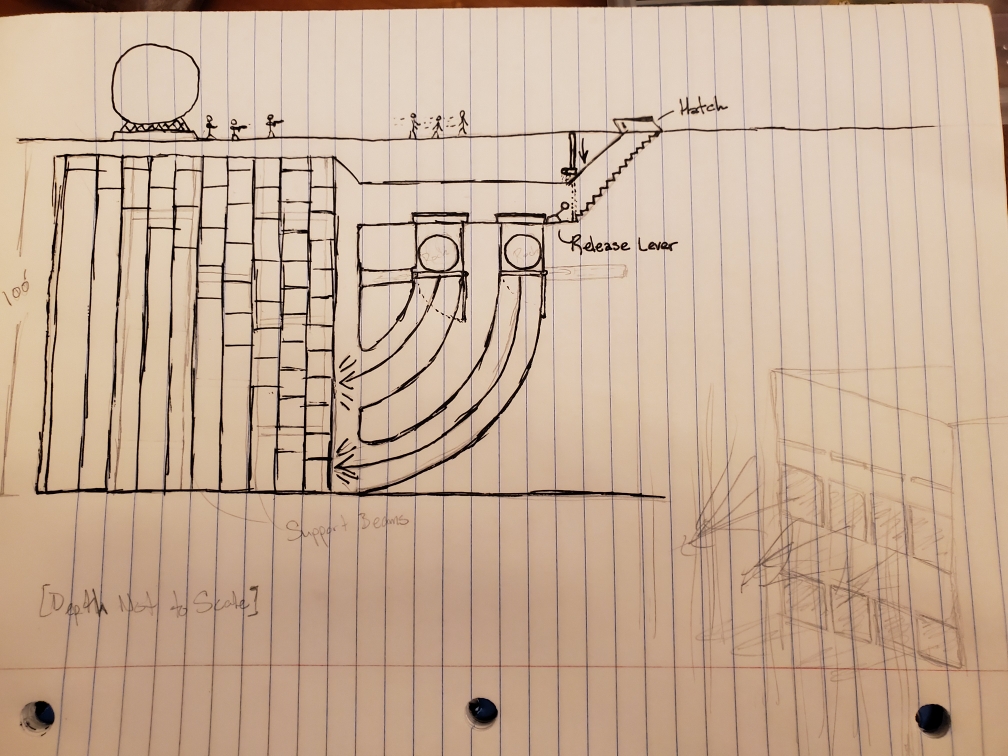 I love this campaign.

My 4e campaign is currently near the end of book #12.

One character has had the inexplicable narration power since we reached 12th level (in 4e), and I can count the number of times they have used it on a single hand. Our DM has been very mild with the power, and its output usually does not give us much better than we could have gotten just by searching around. It has been somewhat of a disappointment, in that sense.

Open-ended, noncombat utility powers like this are always GM-dependent.

Pft. Good for your. A PC in my game has that ability, but the player hasn't used it terribly much, mostly using it to smooth over infiltrations by ensuring a safe spot to enter.

My DM is arkwright above, for reference.

I love "Oh, this cell has a secret door in it."