The latest Unearthed Arcana from Mearls and Crawford revisits four subclasses from earlier UA articles. "Part of the fun of playtesting is seeing how feedback and play can push a design in new directions. In this month’s Unearthed Arcana, we revisit class material that appeared in previous installments: four subclasses for various classes, along with Eldritch Invocations for the warlock. This material was all popular, and the revisions to it were driven by feedback that thousands of you provided in surveys. The updated subclasses are the druid’s Circle of the Shepherd, the fighter’s Cavalier, the paladin’s Oath of Conquest, and the warlock’s Celestial (formerly known as the Undying Light). One of the main pieces of feedback we got about the Eldritch Invocations is that most players didn’t want them exclusive to particular Otherworldly Patron options, so we’ve opened them up to more warlocks, tweaked them, and cut the least popular ones." 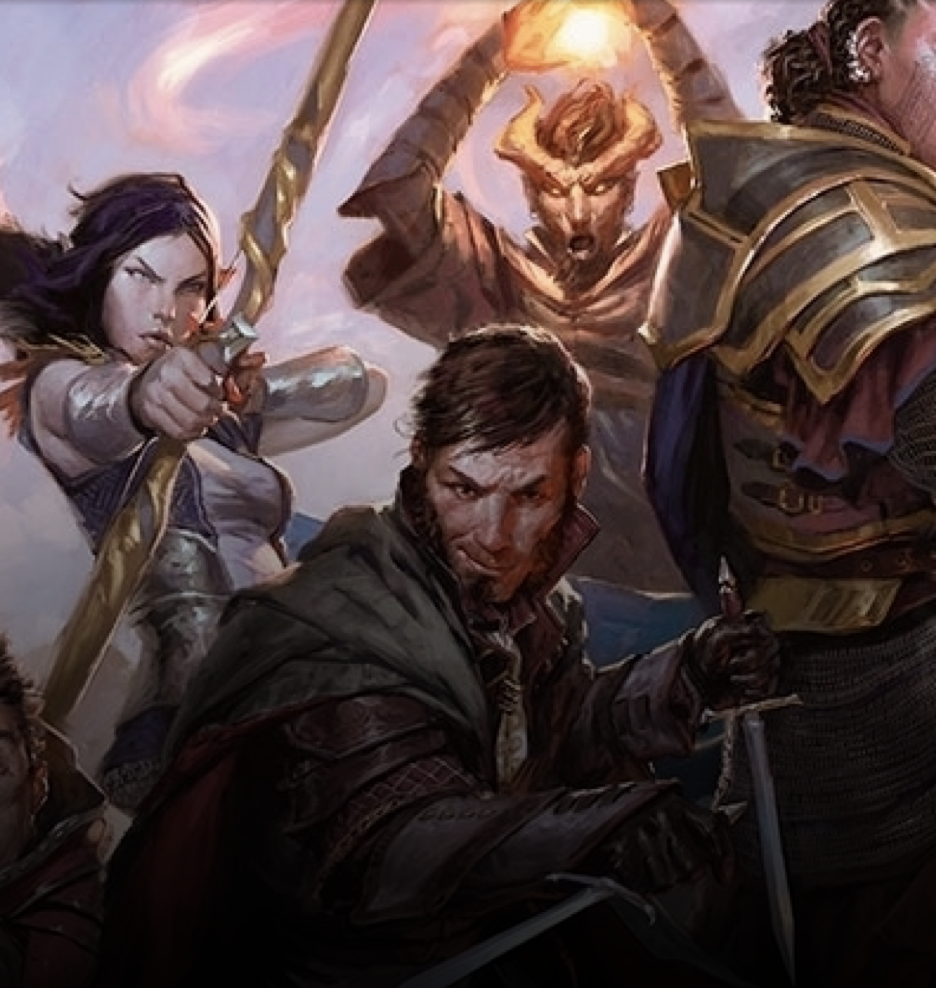 These and last months revised classes all safe bets to make the next crunch book!

The druid's one looks good, I would play that because I like the flavor and the mechanics make them different from the other druids.

The Cavalier I'm not sure. I like the CS dice for fighter, but I find weird that some fighters get this features but not all. I'd like a revised fighter that give access to CS dice to every archetype or keep it as is with only the Battlemaster using the CS.

The Warlock is pretty cool. While the undying light was lacking flavor, this one aknowledge the demand of many players for a ''good'' patron. It reminds me of 4th edition's Invoker. The invocations are nice: I dont do math, but I think the Eldritch smite will make the bladelock more popular. I like how some of the new invocations give you a 1/day cast of a spell without costing a spellslot.

The paladin seems bland, too bad, I like the concept but the execution seems all over the place.

I like the druid, Cavalier seems kinda boring to me, love the warlock and I can see myself playing one. I also like the fireball on eldritch blast hit and the "ice block" tomb. Both of those sound fun to play with. The paladin sounds fine to me, especially for some character concepts where you want to really be a servant of Hextor or something.

Cavalier, subclass? In Spanish languange we use "caballero" for knight and cavalier.

The knight should be a "variant class", a pack of optional class features but showed like a complete 20 levels class.

LuisCarlos17f said:
Cavalier, subclass? In Spanish languange we use "caballero" for knight and cavalier.

The knight should be a "variant class", a pack of optional class features but showed like a complete 20 levels class.
Click to expand...


Not gonna happen in 5e. Not their style.

The warlock invocations are interesting. Grasp of Hadar has some obvious abuse potential for high-level warlocks, in conjunction with area effects and Repelling Blast.

It won't work with spells like Wall of Fire that only work once per turn, obviously.

I hated the Cavalier the first time around, and I find I continue to dislike it.

I enjoyed the original version of the Undying Light. I would say if any change was needed, it was with the healing dice pool. I'd much rather see something more akin to Lay on Hands or Wholeness of Body with a defined HP pool rather than a dice pool.

The real draw for me are some of the invocations. I am always looking for new invocations, and while some were already largely presented in the last Wizard & Warlock UA, that is the best part of this UA for me. Especially the Frost Lance, Grasp of Hadar, and Ghostly Gaze. The first two make the warlock very effective at controlling enemy movement with Repelling Blast (something I find largely missing from 5e compared to 4e) while Ghostly Gaze is just so freaking interesting. Could be useful with helping the Rogue pick a lock or assisting them disarming traps, directing the rogue to mechanisms that he can't see. Super cool IMO.
Last edited by a moderator: Jun 5, 2017

Banned
So... A Battlemaster with the Mounted Combat feat makes a better Cavalier than this attempt at a Cavalier. Awkward.

I'd like Ghostly Gaze better if it weren't restricted to six seconds per short rest. That's just annoying, IMO. Make it "until you lose concentration, as if concentrating on a spell."

The Circle of the Shepherd appears to be a call-back to the 3.5 Spirit Shaman. Which is pretty cool though haven't gone into the specifics. I'm not really a Druid player or expert ...

Cavalier is good. Glad they kept the Superiority Dice for it, rather than change it to the failed ideas of the more recent Knight and Samurai.

Oath of Conquest is greatly improved over its last iteration, though not quite there just yet. Conquering Presence is much closer to the right idea; it should be mass fear, but now it's too identical to the Oathbreaker's CD. I would've liked the old Conquering Strike mechanic, except being able to fear everybody within 30 feet. Then it would be an evocative power. Aura of Conquest is also improved, though I still feel like it's missing something a little more constant. Scornful Rebuke is nice.

Celestial Patron seems to be improved a bit from its original draft, though haven't really dug into that one.

I like how Eldritch Smite works as far as invocations go. Strong enough to consider not MC-ing Paladin, yet not enough to outright step on the Paladin's toes (1/turn limitation accomplishes that), and makes a Bladelock a lot more viable on the whole.

Yunru said:
So... A Battlemaster with the Mounted Combat feat makes a better Cavalier than this attempt at a Cavalier. Awkward.
Click to expand...


A Cavalier with the Mounted Combat feat is better still at being mounted. Ferocious Charger is nice.

Hemlock said:
I'd like Ghostly Gaze better if it weren't restricted to six seconds per short rest. That's just annoying, IMO. Make it "until you lose concentration, as if concentrating on a spell."
Click to expand...


Agreed. It costs an action, making it mostly useless in combat, and only lasts six seconds, not nearly enough time for out-of-combat. So what's the use for it?
I suggested upping the time to 1 minute, minimum.

Gladius Legis said:
A Cavalier with the Mounted Combat feat is better still at being mounted. Ferocious Charger is nice.
Click to expand...


Ferocious Charger is awful. Although I say that because I don't believe the majority of the Cavalier should be budget Battlemaster.

I forgot to comment on the paladin! I agree with [MENTION=68748]Gladius Legis[/MENTION] about the Conquering Strike vs Conquering Presence. I don't think it makes a huge difference to be able to activate it on a successful strike. Scornful rebuke is cool, but I think it should probably require using your reaction, and should be minimum 1 rather than 0. But then again, given an ability of such a high level, maybe if it requires your reaction it should be a bit higher damage.

LuisCarlos17f said:
Cavalier, subclass? In Spanish languange we use "caballero" for knight and cavalier.

The knight should be a "variant class", a pack of optional class features but showed like a complete 20 levels class.

In English, they actually mean the same thing. We only have both because English borrows words like some sort of linguistic kender. Knight comes from the old English word for "servant", which makes sense in a Feudal structure. Cavalier has the same Latin origin as the Spanish "caballero".

The word "cavalier" sounds slightly more elite to English-speaking (at least American) ears. This is probably because it's Latin, not Germanic, in origin. Who knows?

Banned
Another thing I dislike about the Cavalier is that only Born to the Saddle (F3) and Control Mount (New maneuver) actually relate to being mounted, and neither of them address the issue of not being able to be mounted in certain locations.

Even just a feature that means you and your mount don't suffer penalties from squeezing would have sufficed.

Looks like Hexblade is still on the list as Hexblades's Curse is still listed in two invocations.

Gladius Legis said:
The Circle of the Shepherd appears to be a call-back to the 3.5 Spirit Shaman. Which is pretty cool though haven't gone into the specifics. I'm not really a Druid player or expert ...
Click to expand...

It reminds me of the 4e shaman.

I also like that it's an animal focused druid to separate it from the Circle of Land Druid.