D&D 5E Lining up the Races with Forms of Government

Supporter
So I have a fantasy setting that is supposed to be just full of fantasy and D&D tropes. And I got to thinking.

What if every government listed in the DMG existed in the world under a racial majority that would be best suit to fit the stereotype.

So I'm going to fill the southern continent with a bunch of stereotypes.
Which (sub)race gets what?
No political debates.
Every PHB subrace must be included even if new governments must be created.
New governments are welcome but they have to be both funny but be sensibleenough for the race to follow it.
Only humans can get more than on spot butno more than 6.
No dups otherwise unless the government or race are given a connection (such as the Matriarchy and Patriarchy are the same race)

This reminds me of a game I ran almost 20 years ago. I mentioned the Gnome King, and one of the players said, disbelievingly, "The gnomes have a monarchy?!!"

I added that the King was mostly a figure-head, and that the real ruling body was the Parliament.

Player blurted out: "The gnomes have a constitutional monarchy?!!"

It still makes me laugh, but perhaps you had to be there.

Seems to me that a lot of these are duplicates. I don't really see the difference between satrapy and feudalism, for instance, nor that between dictatorship, autocracy, and monarchy; e.g., often one finds "autocracy" or "monarchy" defined in terms of the other. Plus, several (like matriarchy/patriarchy, kleptocracy, etc.) are more like modifiers on some other system rather than systems in their own right: you could have matriarchal monarchy (queendom) or patriarchal oligarchy (council of elders) or kleptocratic republic (late-era Roman Republic).

And like...what does "hierarchy" even mean? Every system where you have at least one defined leadership position by definition has a hierarchy.

As a result, I'm going to trim down the list a bit, and make some clarifications. Kleptocracy, meritocracy, matriarchy, and patriarchy are removed; any society can have these elements (though I admit it pains me to have to remove meritocracy). Feudalism and confederacy are relationships between distinct political bodies, and thus are not included, but both are likely to form. Feudalism generally from a single society absorbing multiple other states, while confederacy from multiple near-equal societies choosing to work together. I will note societies inclined to each by (F) and (C). Certain particularly relevant categories which act as modifiers are kept, with clarification based on which government "base" is used, e.g. gerontocracy and magocracy are distinctive enough to warrant reference.


Interestingly, I seem to have unintentionally re-created the Moorcockian "law/chaos" divide with my feudal-vs-confederate labels. Tieflings, hobgoblins, minotaurs, orcs, (some) humans, genasi, and lizardfolk form a faction of non-equal feudal overlordships, while halflings, dwarves, elves, (some) humans, gnomes, dragonborn, and aasimar form a faction of implicitly equal (but probably not practically equal) partners in a confederate/alliance-type union. Which one counts as "lawful" vs "chaotic" is likely a matter of debate!

Supporter
So everyone thinks the Tiefling City State with tons of bureaucracy is par for the course for them.

Irlo said:
Player blurted out: "The gnomes have a constitutional monarchy?!!"
Click to expand... 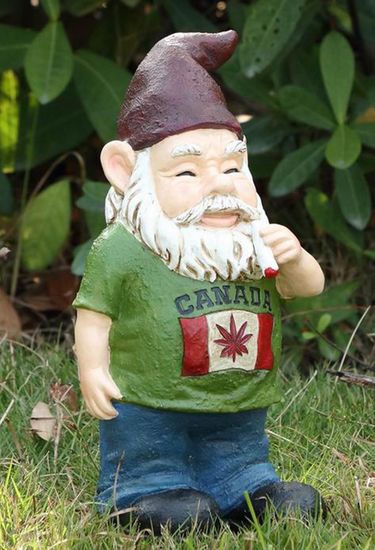 Yes, this is sure to be a calm, measured discussion that definitely doesn’t devolve into arguing about politics.

It is racist to say a humanoid race is innately predetermined to conform to a specific political system.

I would rather talk about specific regions.

It is racist to say a humanoid race is innately predetermined to conform to a specific political system.

I would rather talk about specific regions.

Naturally. These are unrealistic simplifications. Stereotypes. Hence part of why I said (for example) that humans would be a monarchy. Anyone who knows much of anything about human history knows that, while monarchy is definitely the single most common government style we have used in the past, it is (a) not very common today and (b) we have all these other words for governments for a reason, namely that real humans have used or lived them. By including a race we personally know DOES have a wider range of governments, the nature of the classification as a historical or social pattern rather than an inherent "every dragonborn society is ALWAYS a republic" expectation should be set. (It's worth noting, for instance, that Arkhosia was a feudal empire ruled by explicit social stratification, with dragons being the nobility.)

Unlike the expectations typically featured in the pseudo-medieval faux-European Tolkienesque schizotech Standard D&D Setting (in brown paper bag; one each), actual extant worlds with multiple sapient races would have neither racial monocultures nor monocultural races. This, it is extremely unlikely that there even is a "dwarfs only" culture to be a gerontocracy in the first place, and even if there were, dwarves will be present in other societies too.

In my Jewel of the Desert game, I have worked to demonstrate that races mix a lot, but have a loose geographic origin. Elves mostly come from the temperate forest to the south. There are some little-known races from beyond the northern jungles, maybe wemics and minotaurs. Dwarves are associated with the Eastern mountains and the steppe further east of them. Dragonborn are native to the faraway land of Yuxia, but have been present as a minority in the Tarrakhuna long enough to have been included in various art and institutional stuff (e.g. the Safiqi priesthood has at least one dragonborn saint).

Meanwhile, most governments are mixed monarchies or absolute monarchies leaning heavily on a bureaucratic substrate. Variations exist, but these governments are comparatively stable in the face of the kinds of challenges they deal with. Cracks in the system totally exist but usually tend to induce succession crises rather than total regime change; proper democracy is slow to establish and slow to make decisions, which makes it harder to get things done. There also are no (local*) monolithic hegemonies; most locations are city-states and have been for a very long time (in part because of the difficulty of keeping and holding so much territory without tanking its economic value, in part due to intentional manipulation by various factions, and in part due to sociocultural differences unique to this region and its history.)

*Yuxia, on the far side of the Sapphire Sea, IS a monolithic hegemony, with a single Jade Emperor ruling a vast territory. But Yuxia is very far away from the Tarrakhuna. Think "across the Pacific" distances. Sailing trade between them totally happens because the Sapphire Sea is full of islands in a Sinbad the Sailor sort of way (rich, mysterious, sometimes dangerous), but their cultures are really heavily distinct because they're so far apart.
Last edited: Apr 10, 2022

Charlaquin said:
Yes, this is sure to be a calm, measured discussion that definitely doesn’t devolve into arguing about politics.
Click to expand...

We can joke around and say the dwarves respect tradition and seniority so much that you need to at least 300 years old to hold political office in their Gerontocracy.

Whereas the Orcish City State of SWOLE!, the council of leaders are determined by weightlifting, throwing, and jumping competitions. So when the party has an audience with the Council of SWOLE!, they are greeted by a bunch of 20+ STR buff dudes and dudettes and a 12 STR orc who rolled 5 20s.

But who leads the City of Thieves? Halflings, Changelings, Goblins, or Kenku?

I
Spicing up your nobility. Government forms besides absolute monarchies
2