Just pledged yesterday. I love monsters and 4E design, so this is like chocolate and peanut butter for me. 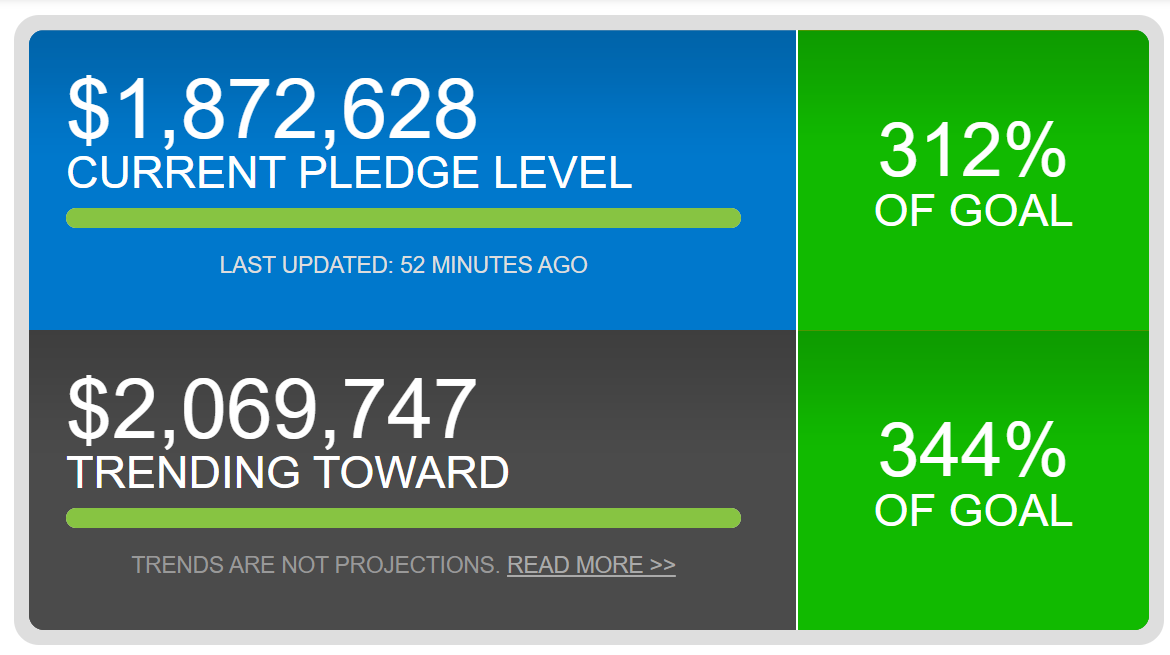 It's actually slowing down. I'm betting it's still going to make it, especially as when it gets close people will jump on even more.

It's actually slowing down. I'm betting it's still going to make it, especially as when it gets close people will jump on even more.
Click to expand...

Kicktraq is very inaccurate at the start and end of a campaign. It doesn't take into account the U curve at all -- it just assumes every day will be like yesterday.

It's actually slowing down. I'm betting it's still going to make it, especially as when it gets close people will jump on even more.


As @Morrus said, Kicktraq's accuracy is famously bad. The only thing they're really good for, in my opinion, is tracking pledges-per-day. And after a campaign is over you can't check their "Trending Toward" numbers against the final totals, so there's no accountability.

Plus, note right there, where it says "Trends are not projections." They have an actual projection model (have to click through the tabs) that serves up different estimates than their trending model. Still not super useful imo, but it gives a high-to-low range.

I will say, though, that this isn't seeing the kind of last-48-hours boost I expected. I'm sure people will jump on me for this, but I think having an inside joke as your final stretch goal doesn't help things. I've seen lots of campaigns with a final, super ambitious stretch goal that really gets backers scrambling. Zany as this one is, it's definitely something people can live without.

Which is fine, ultimately--it's not that kind of campaign. There are a lot of indie RPG campaigns that stop presenting stretch goals after $10k or $20k, even if that would boost pledges, since it could also delay production. I'm a little surprised in this case, since if MCDM dangled even a tiny bit of extra digital content it could make a huge impact. But totally respectable to stick with the gag stretch goal and pack it in.

ETA: Here's what you see when you click on Kicktraq's entry for the Brindlewood Bay campaign: 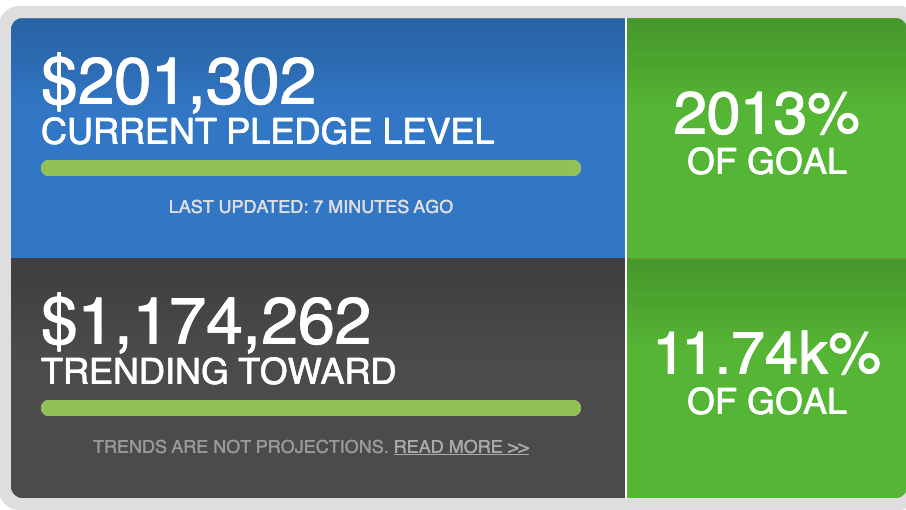 Brindlewood Bay is a fantastic game and the campaign is doing very well. But it's only 6 days in, so Kicktraq is losing its algorithmic mind over the $83k the campaign pulled in on day 1. It's a real simple algo that hasn't been trained to weight the first day any differently than other days. Again, BB is wonderful and I wish the creators all the best (I'm a backer). But it's not crossing the $1M mark.
Last edited: May 1, 2022

I wonder if Matt’s going to do a live stream countdown.

I wonder if Matt’s going to do a live stream countdown.

There is one right now.

darjr said:
There is one right now.
Click to expand...

Must only be on Twitch.

Matt’s “watching” Doctor Who while watching the Kickstarter. 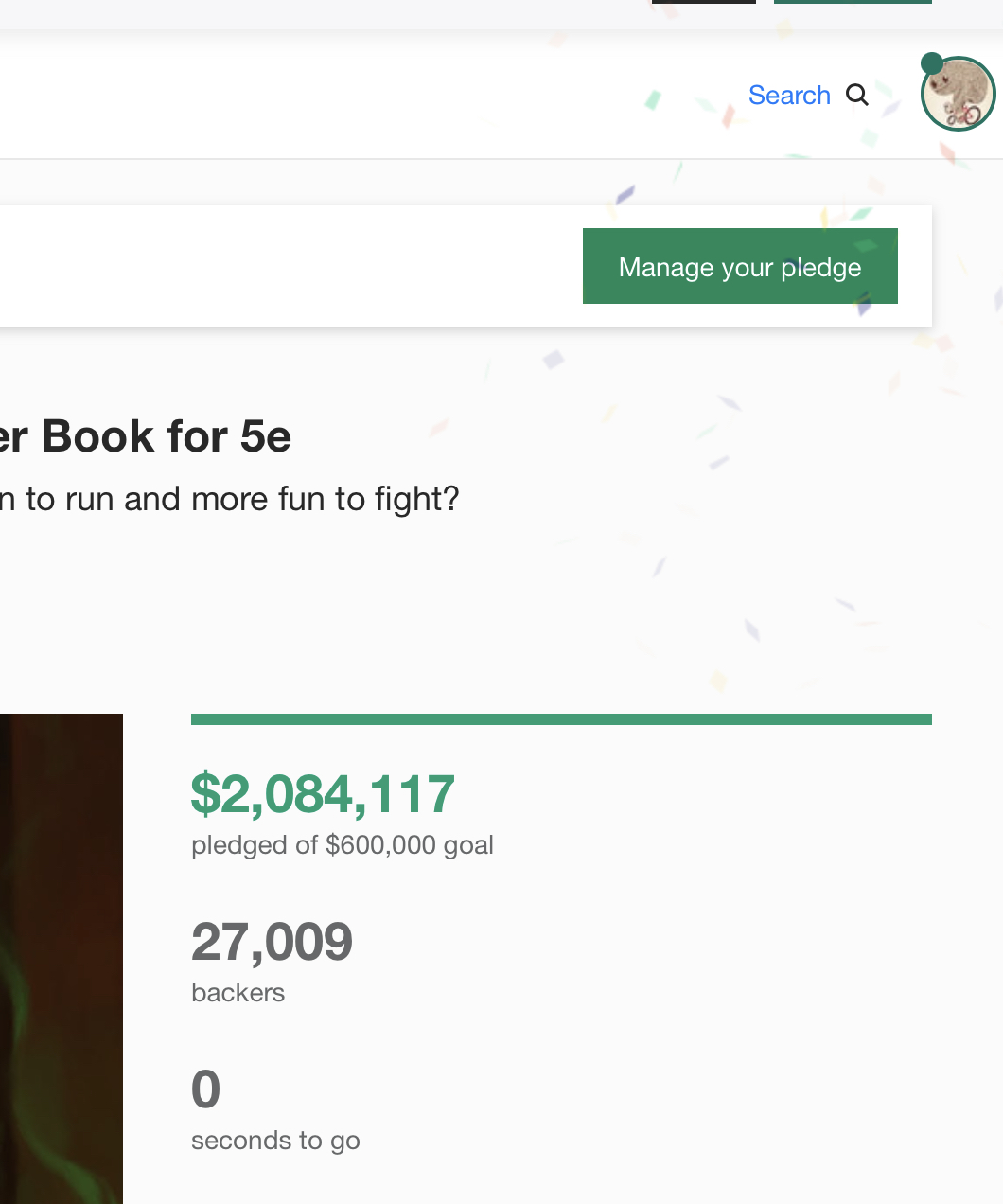