Today in Mythological Figures we’ve got the master of the bow, leader of the Merry Men, and maybe the world’s first famous and most beloved outlaw: Robin Hood! 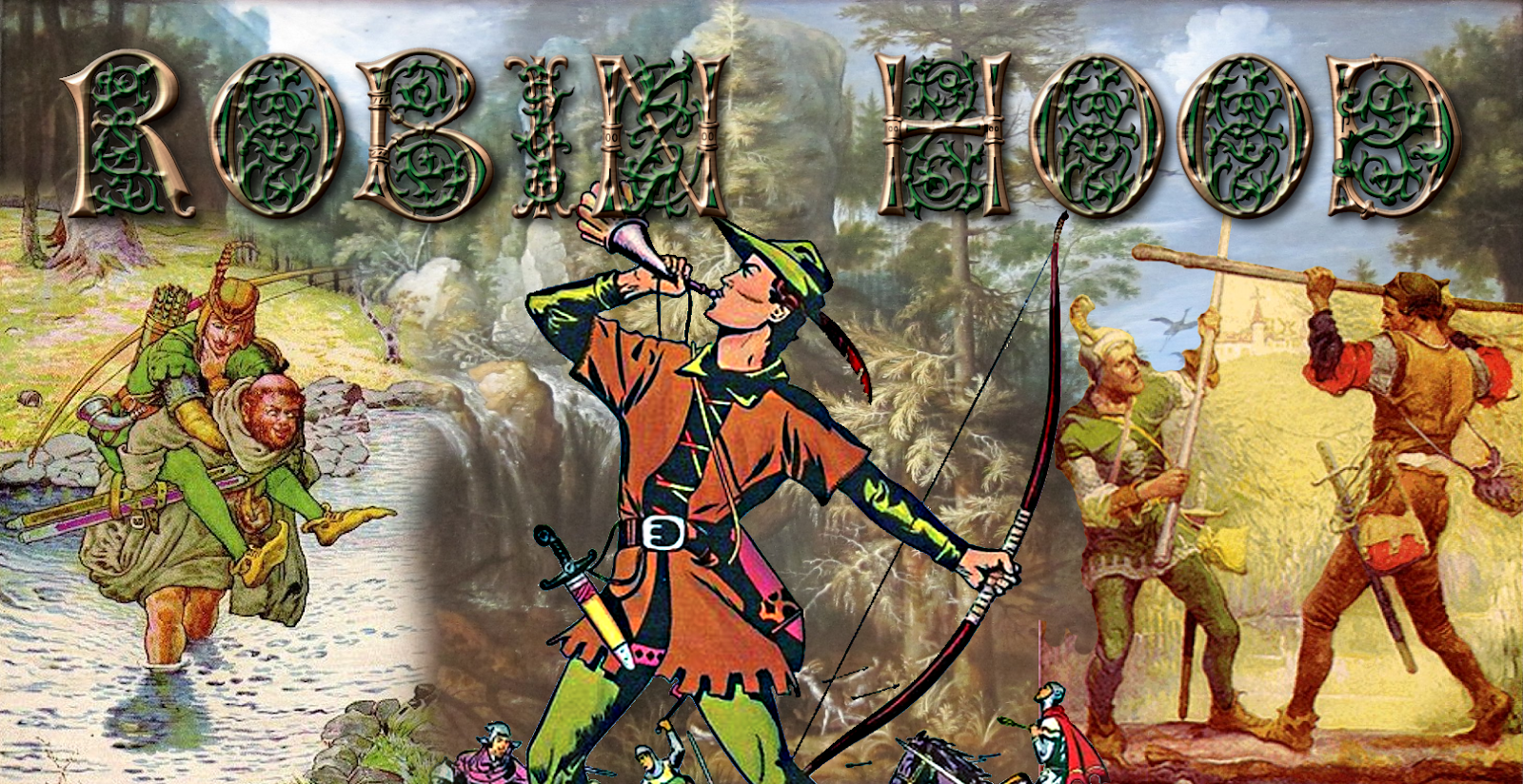 Robin Hood is about as mythological as it gets (with ballads that go back more than 600 years and a 543 year old play) so from the start let’s be clear that this design is intended for the earliest iterations of the character that are available. To whit we’re talking 600-750 years ago: “From 1261 onward, the names 'Robinhood', 'Robehod' or 'Robbehod' occur in the rolls of several English Justices as nicknames or descriptions of malefactors….Leaving aside the reference to the "rhymes" of Robin Hood in Piers Plowman in the 1370s, the first mention of a quasi-historical Robin Hood is given in Andrew of Wyntoun's Orygynale Chronicle, written in about 1420.”

To that end Robin Hood is a true commoner, ridiculously good with a bow, and quite clever--pretty much every story about him involves tricking somebody. As is appropriate for a myth there’s a lot that happens with him from conception to today including the heavy reinforcement of a lightly mentioned theme of charity to the common folk, adding the love interest of Maid Marian, the whole bit about fighting in the crusades and noble background, and more. I’d be genuinely surprised if anyone reading this doesn’t know the story yet, but even if you do there’s a fair chance you’ll learn something new by reading the Wikipedia page on Robin Hood.

Design Notes: Because of the similarity between Robin Hood and Blackbeard’s builds I was a wee suspicious of the Challenge Rating here, ultimately using both the Dungeon Master Guide and Blog of Holding charts to land on CR 8. Note that this definitely assumes that he’s being used correctly--flitting about in the darkness, attacking from hiding, and avoiding engaging in melee combat unless it serves a more important purpose than a simple fight.

Background: Yeoman. Robin Hood is always able to rely on the hospitality of commoners to help him hide or rest provided he poses no danger in doing so, going so far as to shield him from being discovered (though not at the cost of their lives).

Action Surge (1/Short Rest). On his turn, Robin Hood can take an additional action on top of his regular action and a possible bonus action.

Attentive Gaze. Robin Hood can use a bonus action to take the Search action.

Cunning Action (1/Turn). Robin Hood can take a bonus action to take the Dash, Disengage, Hide, Use Object action, Dexterity (Sleight of Hand) check, or to use thieves’ tools to disarm a trap or open a lock.

Excellent Aim (3/Short Rest). Robin Hood can spend a bonus action to aim a wielded ranged weapon at a target within its range. Until the end of his turn, ranged attacks that Robin Hood makes against the target deal an extra 5 damage.

Feat: Stealther. Robin Hood can attempt to hide even when he is only lightly obscured from a creature he’s trying to hide from. In addition, Robin Hood’s position isn’t revealed when he misses with a ranged weapon attack against a creature he’s hidden from, and he does not have disadvantage on Wisdom (Perception) checks in dim light.

Second-Story Work. Climbing does not cost Robin Hood extra movement. When he makes a running jump, the distance he covers increases by 4 feet.

Second Wind (1/Short Rest). On his turn, Robin Hood can use a bonus action to regain 1d10+7 hit points.

Any new about his son Sparrow Hood? You know, that guy who sings heavy metal. I have listened he is studying in Ever After High.

I could see skills being stronger. At least acrobatics.

And Cha seems low, as he is the leader of Merry Men.

Robin himself doesn't need to be top-end CR because he usually has Friar Tuck (a monk/cleric), Little John (fighter/barbarian), and/or others around somewhere to back him up.
He always has a plan; against his Favored Enemies (especially the Sherriff of Nottingham) these plans are very good, insightful, and employ the opponents' known weaknesses against them.

I have to include this.[video=youtube;G59JnM4JKNQ]https://www.youtube.com/watch?v=G59JnM4JKNQ&amp;t=3s[/video]

Very nice write up. I could see Mastermind instead of Thief, but either is good.

Also for the fighter levels, the Fighter: Scout from Unearthed Arcana would be perfect.

BookBarbarian said:
Very nice write up. I could see Mastermind instead of Thief, but either is good.

Also for the fighter levels, the Fighter: Scout from Unearthed Arcana would be perfect.


That archetype will make an appearance on the column very soon! It was considered for him but I landed on Sharpshooter and "focus on the shooty-bits" because even the oldest stories about Robin Hood talk about his preternatural talent for archery.

Mike Myler said:
That archetype will make an appearance on the column very soon! It was considered for him but I landed on Sharpshooter and "focus on the shooty-bits" because even the oldest stories about Robin Hood talk about his preternatural talent for archery.
Click to expand...

Pretty good - but I agree Charisma should be at least 14.

Ideal: Rob from the rich, give to the poor
Flaw: Always has to get one over his enemies!
Bond: Love for Maid Marian.

Maybe I am just under Errol Flynn's mesmer powers, but Robin Hood should have a charisma 18, and that is his second greatest asset. The Merry Men are not following some common shlock. Maid Marian is supposed to fall for him on sight, no?

Also, his Int, Wis, Con and Str should all be higher. He is smart enough to be a brilliant tactician in what amounts to guerilla warfare, and wise enough to rarely come up with a losing strategy.

As for some of these skills and powers. I would have him always shoot an arrow at double advantage (3 dice) and at always advantage with a sword. Thematically I might have him always lose initiative in melee combat because he will always allow people to strike first (and miss) so he can strike a blow for justice thereafter.

There is no known number for this charisma.
Last edited by a moderator: Sep 25, 2018

BookBarbarian said:
Very nice write up. I could see Mastermind instead of Thief, but either is good.

Also for the fighter levels, the Fighter: Scout from Unearthed Arcana would be perfect.
Click to expand...