Hello everyone, Darryl here with this week’s gaming news! Two books leaving D&D Beyond, a new documentary about Dungeons & Dragons, Star Wars RPG books getting a reprint, and more!


​
Don’t forget, you can keep up with all the week’s gaming news in detail with Morrus’ Unofficial Tabletop RPG Talk! This week, Morrus, Peter, and Jessica talk about million-dollar RPG Kickstarters. 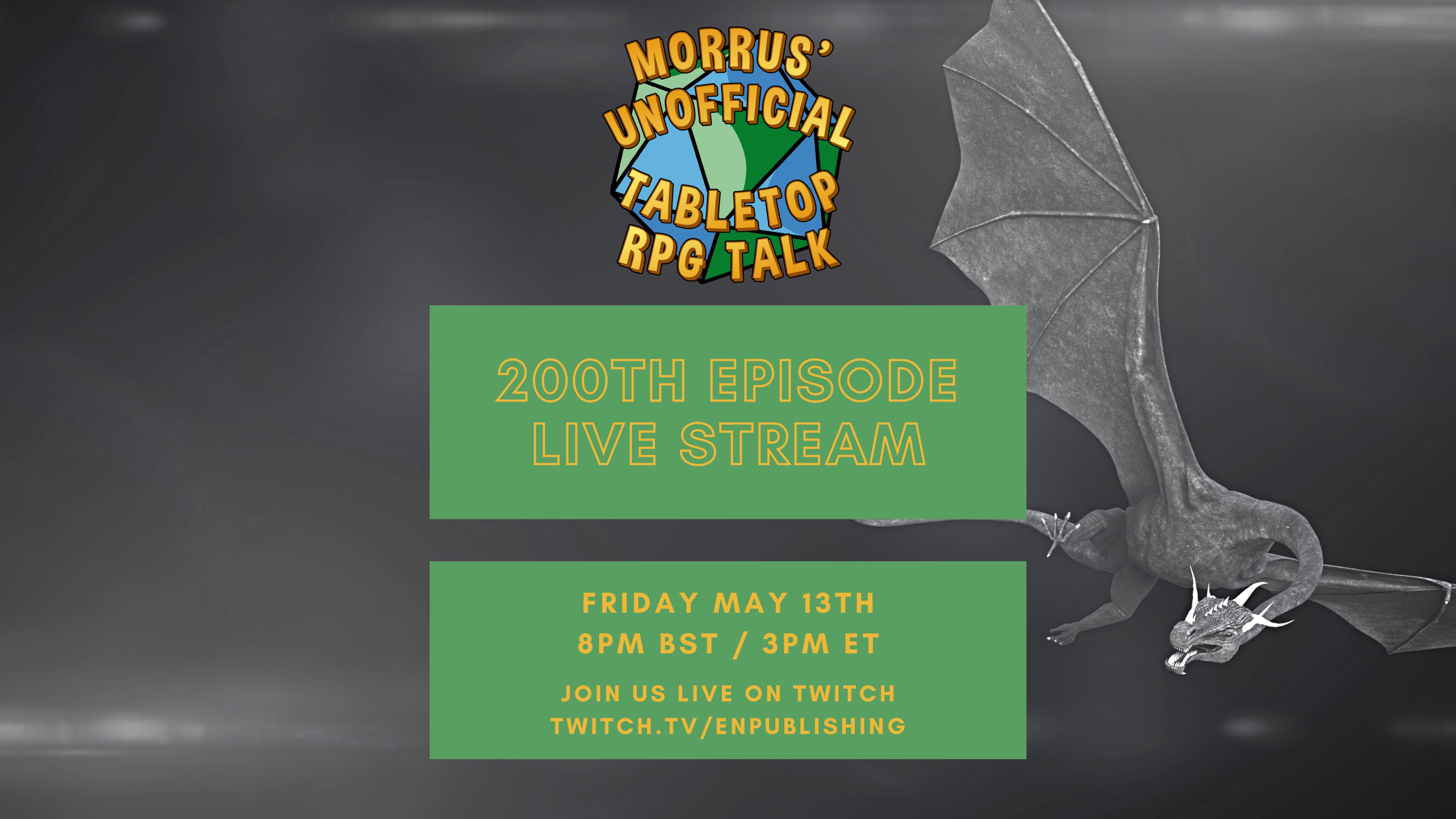 ​
Speaking of Morrus' Unofficial Tabletop RPG Talk, the 200th episode is being recorded this afternoon LIVE! Tune in on our Twitch channel at Twitch.tv/ENPublishing to watch the unedited version of the show and have a chance to win prizes. 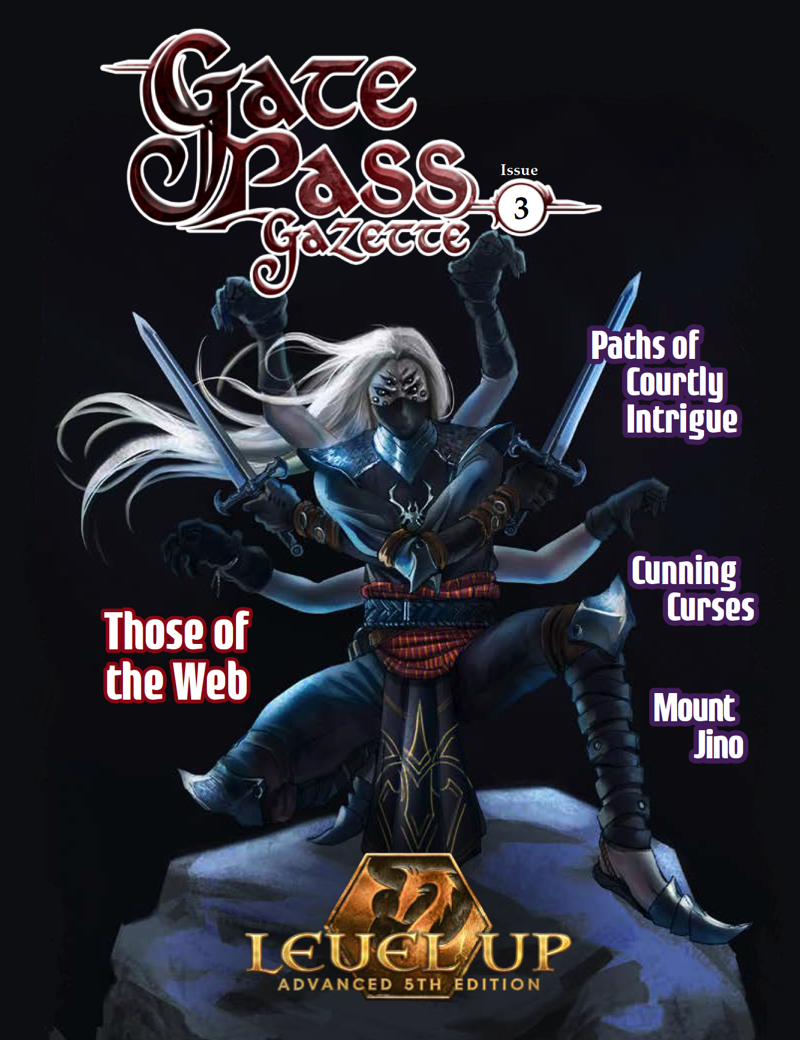 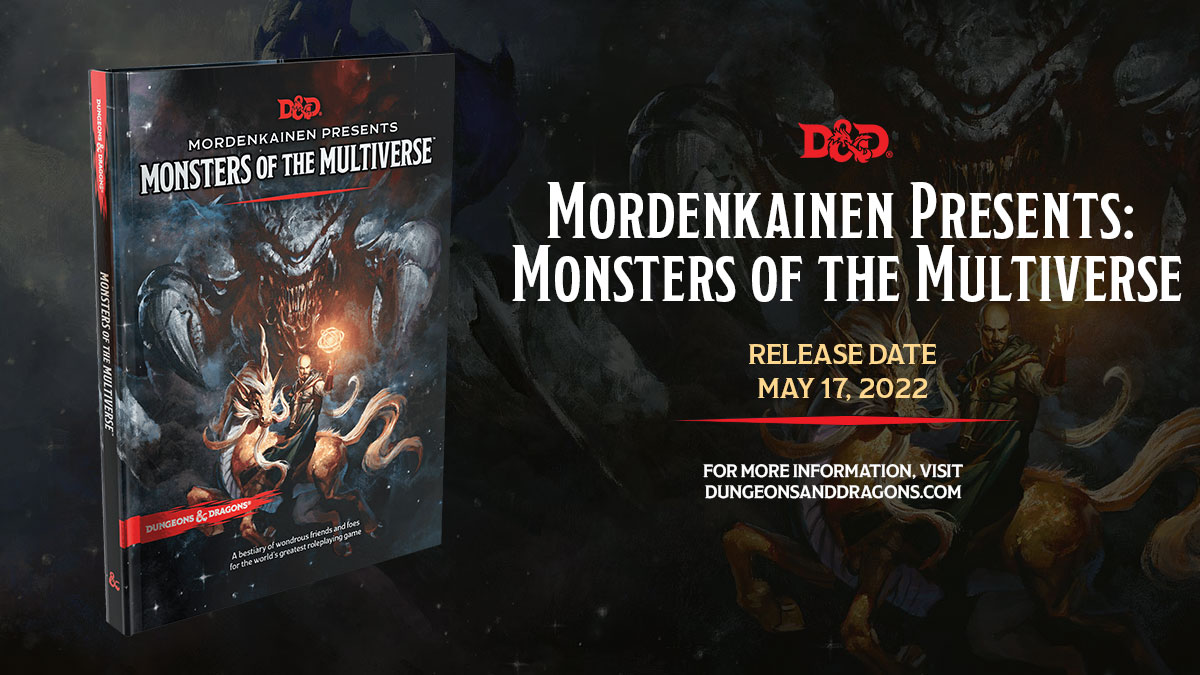 A big change is coming to the Dungeons & Dragons offerings available on D&D Beyond as two sourcebooks are leaving the service. Kinda. Effective May 17, the books Volo’s Guide to Monsters and Mordenkainen’s Tome of Foes will be unavailable to purchase on D&D Beyond permanently. Those who have already purchased the books will continue to have access to them. The material from those two books isn’t going away, though, as it will still be available in the new Mordenkainen Presents: Monsters of the Multiverse in a “streamlined and up-to-date” format. This means that all the player races and monsters will still be available, but the fluff and tables will not. Despite the timing, this change is unrelated to the Wizards of the Coast takeover of D&D Beyond on May 18 but solely related to the new release. No word yet if the physical editions will of those two books will go out of print, but both hardcovers are still available on Amazon and the updated book, Mordenkianen Presents: Monsters of the Multiverse, is available for pre-order for its release next week. The physical edition of Monsters of the Multiverse was originally released in January as part of the Rules Expansion Gift Set also featuring Tasha’s Cauldron of Everything and Xanathar’s Guide to Everything along with a custom DM’s screen.

Edge Studios announced the new edition of Midnight with a brand-new trailer for the game. The new edition titled Midnight: Legacy of Darkness will be updated to “modern 5th edition D20 rules” and cast the players as freedom fighters, rebels, and renegades in a world where the evil god has already won the war of conquest and taken over. The 372-page book will feature a new heroic path system, thirteen new race options, new feats and spells, and an extensive guide detailing the world of Midnight. The original version of Midnight was originally released in 2003 as an OGL 3rd Edition product by Fantasy Flight Games with the second edition updating the setting to 3.5e rules and incorporating information from the sourcebooks. Edge Studios is the sister company of Fantasy Flight and took over the tabletop roleplaying production when FFG was acquired by Asmodee. Midnight: Legacy of Darkness is set for release on May 27.

Speaking of Edge Studios, the company announced new reprints of Star Wars licensed titles previously published by Fantasy Flight Games. The reprinted books are Edge of the Empire core rulebook, Force & Destiny core rulebook, the Edge of the Empire sourcebooks Lords of Nal Hutta, No Disintegrations, and Special Modifications, the Force & Destiny sourcebooks Chronicles of the Gatekeeper, Nexus of Power, Ghosts of Dathomir, Savage Spirits, and Knights of Fate, and the common universe sourcebooks Dawn of Rebellion, Rise of the Separatists, Collapse of the Republic, and Starships and Speeders. Many of the books for the game became difficult to find even before the handover of the property from Fantasy Flight. Edge Studios states the reprinted books are currently at the printers with “no appreciable differences from the last versions” and that they “hope to be shipping out to our fans soon”. 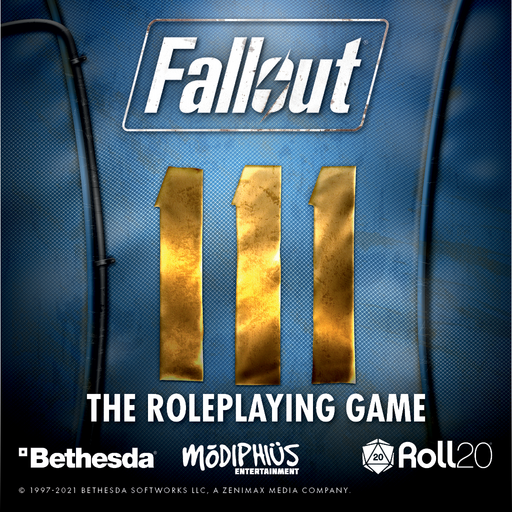 Modiphius and Roll20 announced the launch of Fallout: The Roleplaying Game on the virtual tabletop platform. The core rule bundle includes the core rules, an art pack, and an adventure module with all the rules needed to run the 2d20 System based game licensed from the Bethesda video game. In addition to the books in digital format, the game includes VTT access to all 78 statblocks in the game, over 800 items (weapons, armor, mods, chems, and more), 94 perks, 6 origins, and 140+ custom handouts and tokens. The included module With a Bang or a Whimper is already set up for Roll20 and ready to use. The bundle is available now for $50.34.

Asmodee launched a new studio called Access+ with the goal of adapting popular Asmodee games for increased accessibility. The studio comes from Asmodee Research data collection in consultation with clinical experts to create versions of their games for use in therapy for players with cognitive disabilities. From the website:

We believe that everyone, no matter their condition, should have access to the enjoyment and benefits of board games and the happy moments they create. Consequently, we launched the Access+ studio in 2022 with the aim of providing equal and inclusive access to board games.

To make its games as universal as possible, Access+ works with healthcare professionals to develop a line of games adapted to people living with cognitive disorders.

To develop this line of products, Access+ studies all the benefits games offer (cognitive, emotional, social, behavioral, etc.), based on scientific research, the input of professionals and studies conducted on players. The team then selects the games with the most relevant benefits, reworking and adapting the materials used, the rules and the levels of difficulty to make the games accessible to as wide a range of people as possible.

The games in the Access+ line are designed to stimulate cognitive functions, spark positive emotions and foster social ties while offering players the opportunity to discover, or rediscover, the pleasure of playing together.
Click to expand...


Accessibility features will include larger and easier to hold cards, adapted rules, different difficulty options, and a single-player version to promote autonomy. The first slate of products include Spot It!, Timeline, and Cortex Challenge (unrelated to the TTRPG system of the same name) which are set for release this year in France, Belgium, and Canada with a worldwide launch scheduled for 2023. 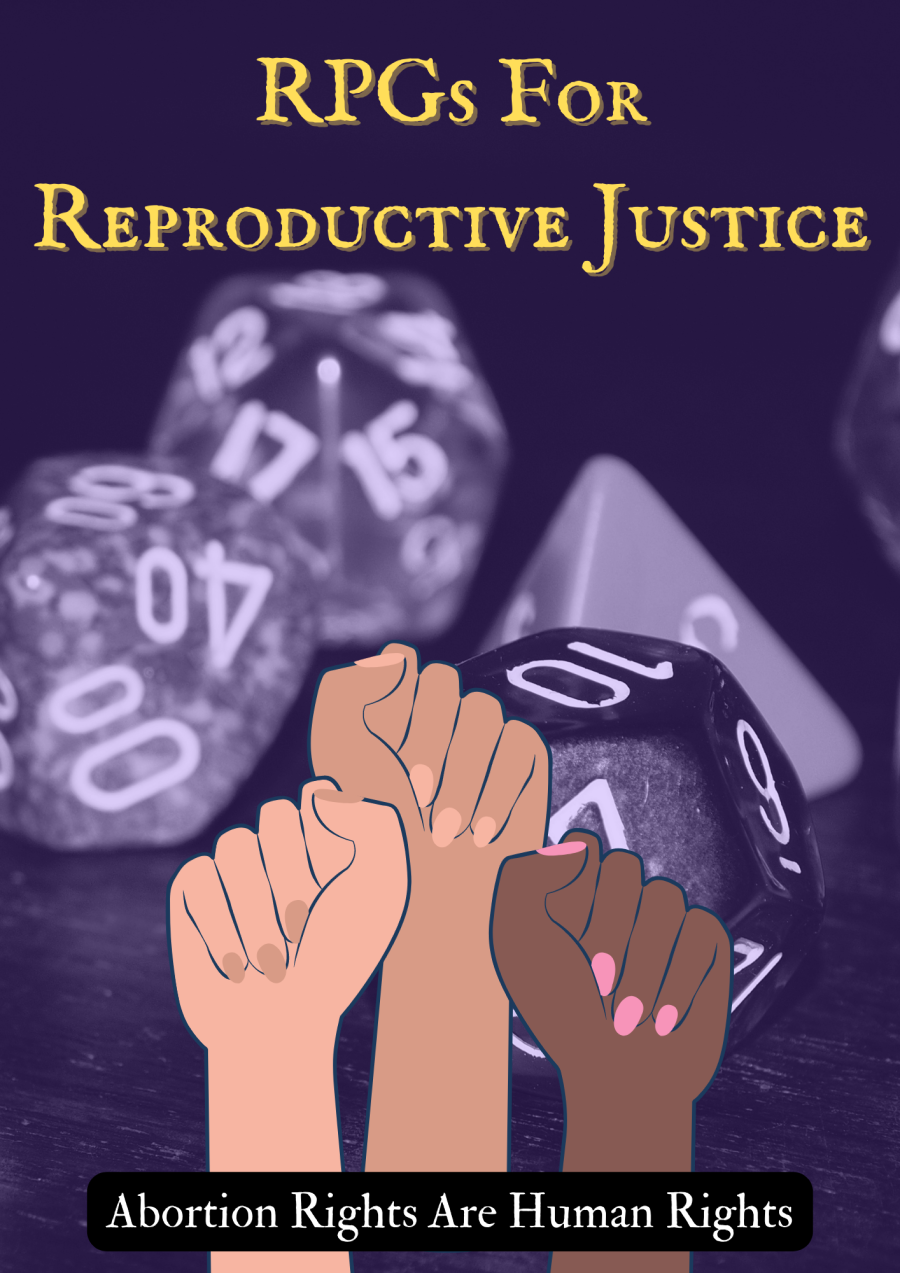 While several charity bundles benefiting reproductive health in America have popped up already (which I’ll go into more detail this weekend in my RPG Bundles, Freebies, and Sales News column), the big one for roleplaying games is the Hydra Cooperative RPG Bundle for Reproductive Justice available on DriveThruRPG. The bundle features over sixty different RPG titles for a variety of different game lines ranging from adventures to sourcebooks to core rulebooks and more. And I swear more at least a dozen more titles were added since I looked at this first earlier in the week. As of writing, this bundle offers $581.99 worth of books for only $25.00 with all proceeds going to the National Network of Abortion Funds. According to a post from the publisher, this bundle will be available for “about two weeks or so” meaning you’ve got until around May 24 (give or take a day or two) if you want to pick it up. 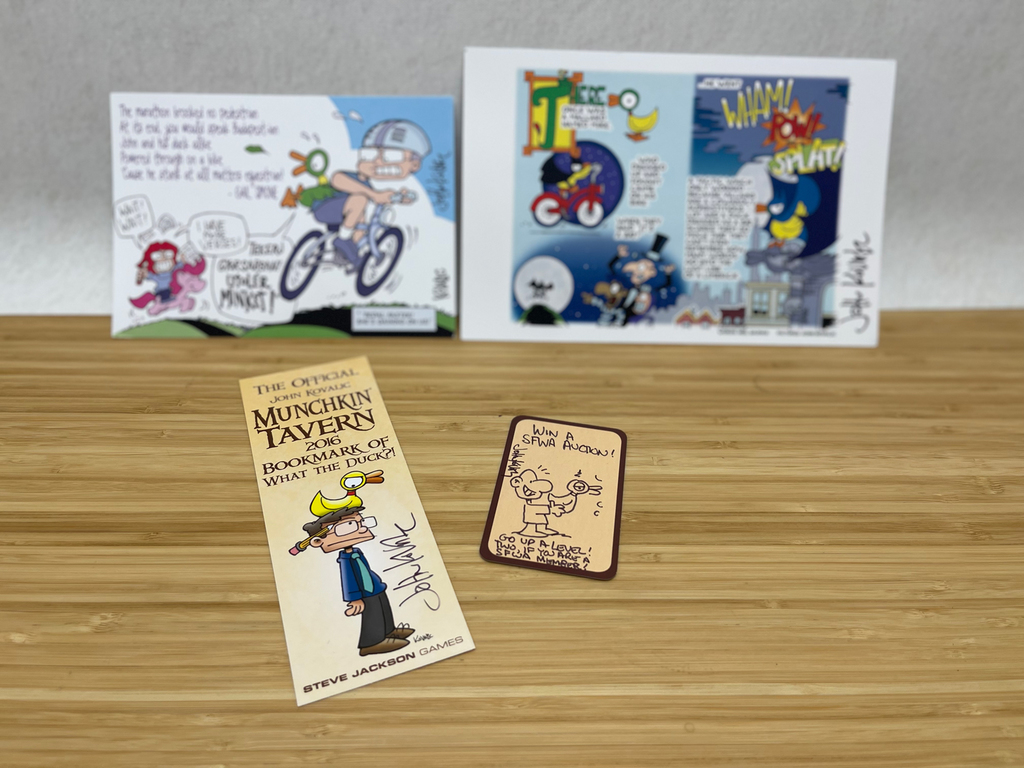 The Science Fiction and Fantasy Writers of America have joined with the charity Worldbuilders to auction off several gaming items as a fundraiser. First up are two sets of the Mistborn Adventure Game books based on the works of author Brandon Sanderson and signed by designer Alex Flagg. Next are three sets each containing three different postcards for Munchkin signed by artist John Kovalic. There’s also an original Munchkin card drawn by John Kovalic. Onyx Path’s Eddy Webb is auctioning off four separate sets for a game of Pugmire while Matthew Dawkins has four separate seats for a game of They Came from Beneath the Sea. Finally, there’s a copy of Return to the Stars signed by Mark Sabalauskas. The auctions are open until May 16 at 3 PM Eastern and proceeds will benefit “SFWA programs that positively influence the future of the science fiction and fantasy genres”. 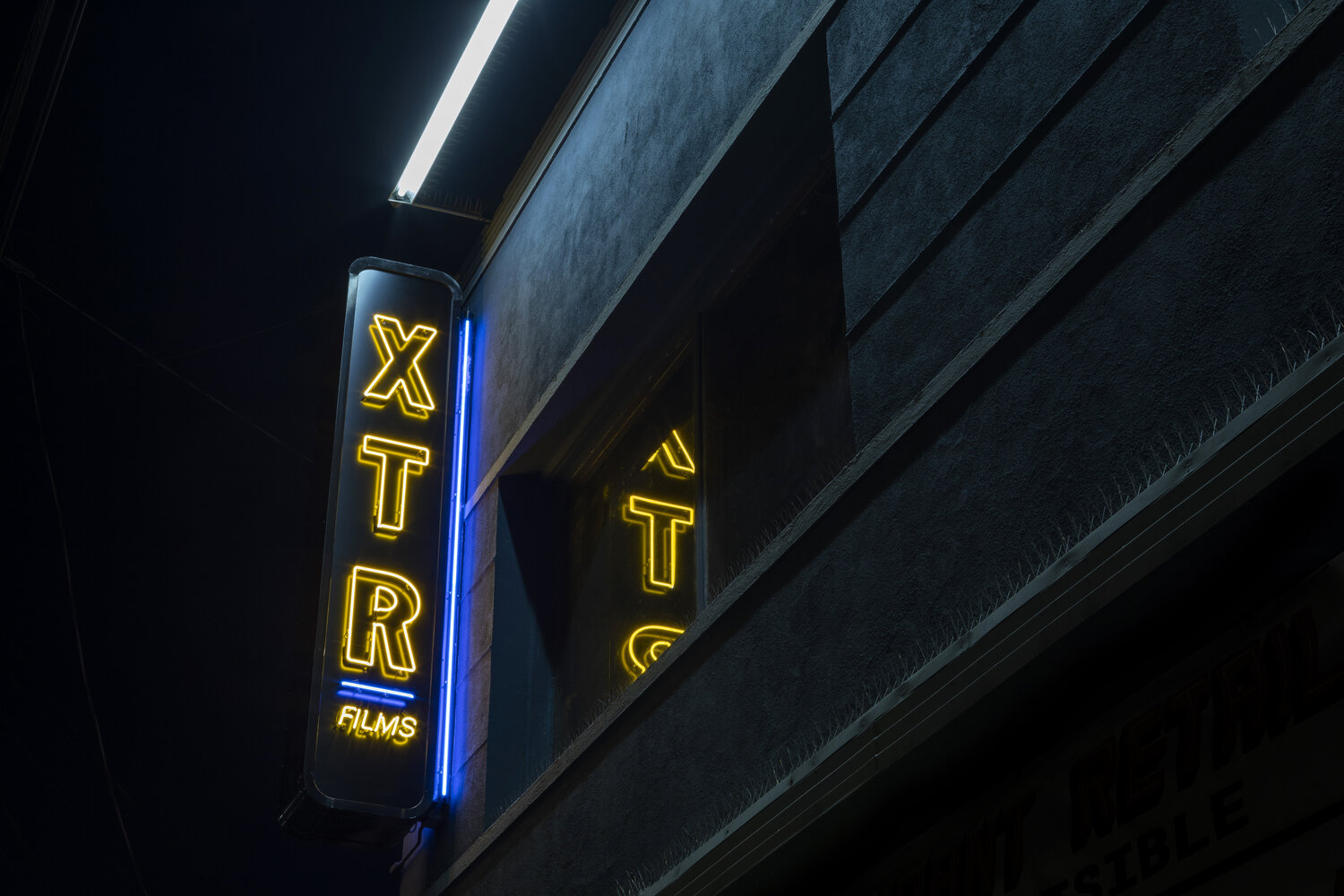 Documentary film studio XTR announced a new documentary about Dungeons & Dragons currently in production. The new film titled Role Players is billed as the definitive documentary on D&D with never-before-seen archival footage and interviews with celebrity fans. The documentary will be directed by Morgan Jon Fox, who is currently working on post-production for the documentary The Hobby about the collectible card game industry. XTR formed in 2019 and has produced or distributed dozens of documentaries since then on subjects ranging from Latin American astrologers to the American Civil Liberties Union legal battles to actor David Arquette’s return to professional wrestling to the 2018 wildfires in California. There is no release date for Role Players at this time.

Midnight was an awesome setting. I am looking forward to see how they update it.

The Midnight team should maybe team up with Ghostfire Gaming, the team behind the Grim Hollow setting. I would consider using the Grim Hollow rules with any Midnight-like Grim-dark setting...