Nominate your MOST ANTICIPATED RPG of 2020

We start with a nomination stage. That's this thread. You may nominate any standalone tabletop RPG due to be released to the general public in 2020. All nominated games will appear on the final ballot. A few rules: 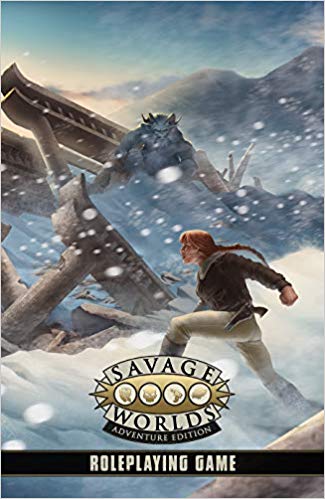 Last year's winner was Savage Worlds Adventure Edition (pictured above). You can see last year's top 10 here. Sometimes products make it into the list in more than one year; what can I say? Product schedules slip!

Staff member
Others have already noted it but, Swords of the Serpentine.

Just to make sure these aren't excluded in light of rule 5:
I do not work on any of these games.

Stargate Roleplaying Game by Wyvern Gaming was the clear pick for me. Been a fan of the setting for decades and the premise is perfect for providing a small group of explorers with new worlds to explore every session.

Maggan said:
Just to make sure these aren't excluded in light of rule 5:
I do not work on any of these games.
Click to expand...

I think rule 5 was due to my post. When I put up my entries there were only the first 3 rules...

Talisman RPG based on the board game.

Whispers in the Dark!!!

matthewdcorley said:
Whispers in the Dark by me and M.T. Black published by Saturday Morning Scenarios

Cyberpunk Red for sure.

Another mention for Swords of the Serpentine and Cortex Prime as well.

The Fifth Season (by Green Ronin). Swords of the Serpentine

A GUMSHOE roleplaying game of swords & sorcery! by Kevin Kulp and Emily Dresner When it’s summer, you smell her before you see her. As you come around the curve of the Serpentine river the scent of the open sea is replaced by the stench of low tide, of boat tar, of rare spices spilled from a...

Stacie GmrGrl said:
Cyberpunk Red for sure.
Click to expand...


Almost forgot that one. That is actually a game that should be number one or two on my list.

Staff member
As a reminder folks, a valid nomination needs product name and publisher. Don’t make me spend hours in Google trying to decipher posts! A link would be super useful too, if you can.

is there a list of them? I must miss a lot of these announcements

Looking over my Kickstarter pledges (apologies for any duplicates my skimming of the thread didn't uncover):