D&D General Not *Another* Halfling Thread! (+)

My favorite was Mr. Emmerybird, a halfing blink wizard with a penchant for frogs and a wand of vanish. At the beginning of his career he would summon some giant frogs then pop around the battlefield by vanishing, walking, then reappearing next round as if he were teleporting from place to place. For some reason, over his career, he gradually became more and more obsessed with frogs and toads (I love it when characters take on a life of their own) and is now fixated on summoning the Froghemoth.

He's gotten better at true teleportation and has ditched the wand of vanish. He now blinks around the battlefield amid his army of frogs.

He now resides in a tesseract house where right angles do not exist.

Some of my favorite Halfling art! 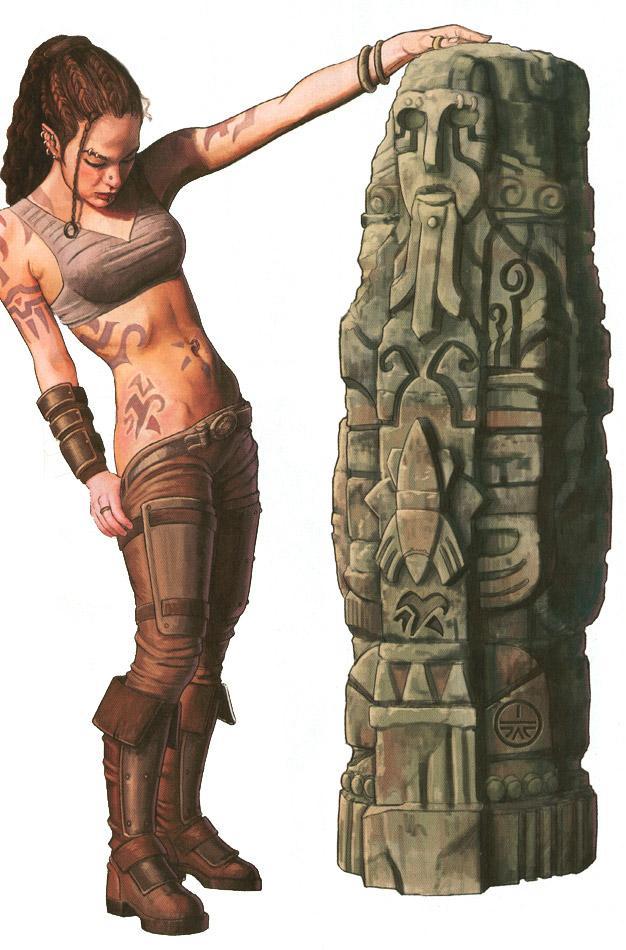 A silly image, to be sure, but I can't help but like it. 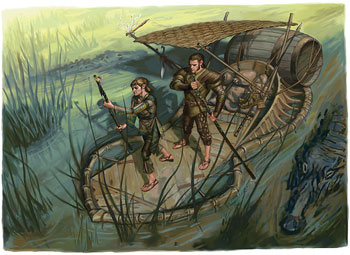 Kellamon Squoques, a small town sheriff who got involved in a world much bigger and more dangerous than the simple bar fights and land disputes he was used to solving. A 2e era fighter who was specialized in knives and slings, Kell was a competent fighter who never really wanted to fight.

doctorbadwolf said:
2. What have you done with halflings in a homebrew world, or done to mod their place in a published world, that you're particularly proud of?
Click to expand...

Az and Sel discovered the ability for halfling and dog to bond. This partnership powered their young city-state to become the Azsel empire, an expansionist state now thousands of years old with armies of dogs and halflings that swarm over the lands of the Everflow.

All Kin (halflings, humans, goliaths) in the world bond with animals, but it is halflings that were first. That rose because they and dogs are both exceedingly loyal, familiar and cooperative.


doctorbadwolf said:
Third. What's an idea for either of the above that you haven't gotten a chance to use yet, or haven't finished working out?
Click to expand...

I need to add more of the river folk concepts that have spread around via the quality responses in the various halfling threads. Canoes, small sail, barge, etc could lean into a bit of the harfoot concept from Rings of Power that I love.
A halfling family being everyone on the boat or small fleet just makes sense.

doctorbadwolf said:
Some of my favorite Halfling art!

Where is the riverboat art from?

Tattoo over her hip (pulling down her pants to expose it to compare) matches the carving in the lower middle of the stone figure.

bedir than said:
Where is the riverboat art from?
Click to expand...

Voadam said:
Tattoo over her hip (pulling down her pants to expose it to compare) matches the carving in the lower middle of the stone figure.
Click to expand...

But, why is she wearing shoes?

That's good. I like the flavor. Consider it stolen.

But, why is she wearing shoes? 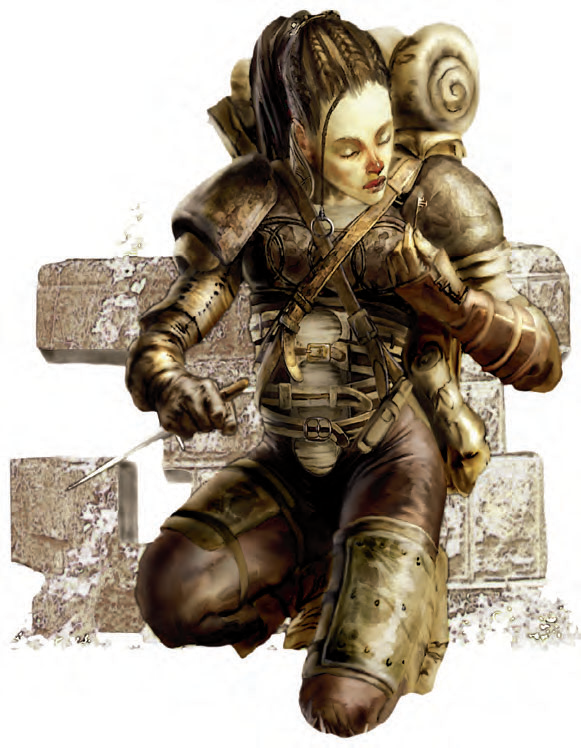 And in my eyes that art makes her look like an Elf. Or, at least, how an Elf should look, without the sail-like ears they seem to have developed over time.

When I started with 3e I thought she was an Elf, until I read the words that say she's supposed to be a Halfling.

Topcraft's work was pretty darn great, as would be expected from proto-Ghibli animators.


Stormonu said:
As for artwork:

Greatest Influence for me


I have played exactly one Halfling in my entire gaming career, for maybe three-to-five sessions. I really ought to rectify that. As far as Halflings I've DMed for, the blustering rogue, Nimblefoot Sneakfingers, springs to mind. In no small part because the player brought him to life with little illustrations like so: 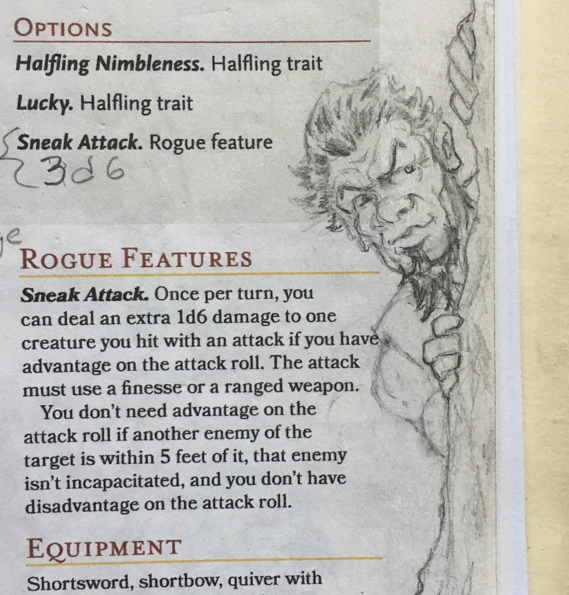 As far as greatest Halfling art, beyond what's been already posted, I put forward this early Yamara strip from Dragon magazine:

I think I've only played one, Robert Sack, an OGL alt bard class in 3.5, in a short lived dungeon delve campaign. It was fun while it lasted.

My favorite though was DMing my teenage son and his friend (who wanted to try out D&D for the first time) in a holiday one shot a couple years ago. They made 5e halflings and we came up with the idea on the spot that they were two halves of a person who had been chopped in half by a blade trap in a chaos magic heavy dungeon. They had no idea who they had been, who they really were now, just that they were in a dangerous magical dungeon, not even sure which way was out. One of them was the brain (top half), and one went with his gut (bottom half). It was exploration, wonder, and improvisation heavy with the friend's dad (who had never played before either) getting into it and coming up with fun ideas of things they encountered, including the cliffhanger ending of a magical map that, when the illustration was touched, transported them to the jungle island with the big x on it.

I played a Diviner halfling with a spell that is from the strix haven book that let me 'steal advantage' and had the feat that let me let allies use my halfing luck and the regular lucky feat... I was all about d20 manipulation it was glorius.

doctorbadwolf said:
2. What have you done with halflings in a homebrew world, or done to mod their place in a published world, that you're particularly proud of?
Click to expand...

in my hombrew worlds I often mix kender and 4e halfing

I often have them be the traveling merchants that go between settlements.

doctorbadwolf said:
Third. What's an idea for either of the above that you haven't gotten a chance to use yet, or haven't finished working out?
Click to expand...

I want to make a setting were halfing is the defualt race...

Over the course of about 5 years, I played Sparrow, Raven, and Vulture Hossenpheffer, members of the Hossenpheffer extended multidimensional family of halfling arcanists. Definitely some of my favorite characters; to this day if I'm playing a primary caster I default to halflings.

I’m more of a dwarf player, but I did try a halfling (bard) out in a World of Greyhawk RPGA scene for a little bit During 3E. He was a roving gambler who liked to use prestidigitation while playing cards (humming or whistling when he stacked the deck or changed his hand) with non-actively hostile enemies. Bypassed a few encounters that way, including one with a stone giant. Got me a few awards for best RP at the tables I played overall, so I enjoyed that.

I’ve a strange affection for Tasslehoff Burrfoot, and if I were to play in a DL setting, that’s probably the character type I’d play (I could also do a Sturm-type or Flint, but I think the mischievous, chaotic wonderment of Kender I like best).

bedir than said:
Where is the riverboat art from?
Click to expand...

4e, I think from the promotional booklet that came before the PHB?

But, why is she wearing shoes?
Click to expand...

Because she isn’t a hobbit?

Lakesidefantasy said:
But, why is she wearing shoes?
Click to expand...

Because 3e kind of kenderized them up and moved away from the bare, furry feet. A mistake, in my opinion. Fortunately, PF had the right idea when they diverged with their version: 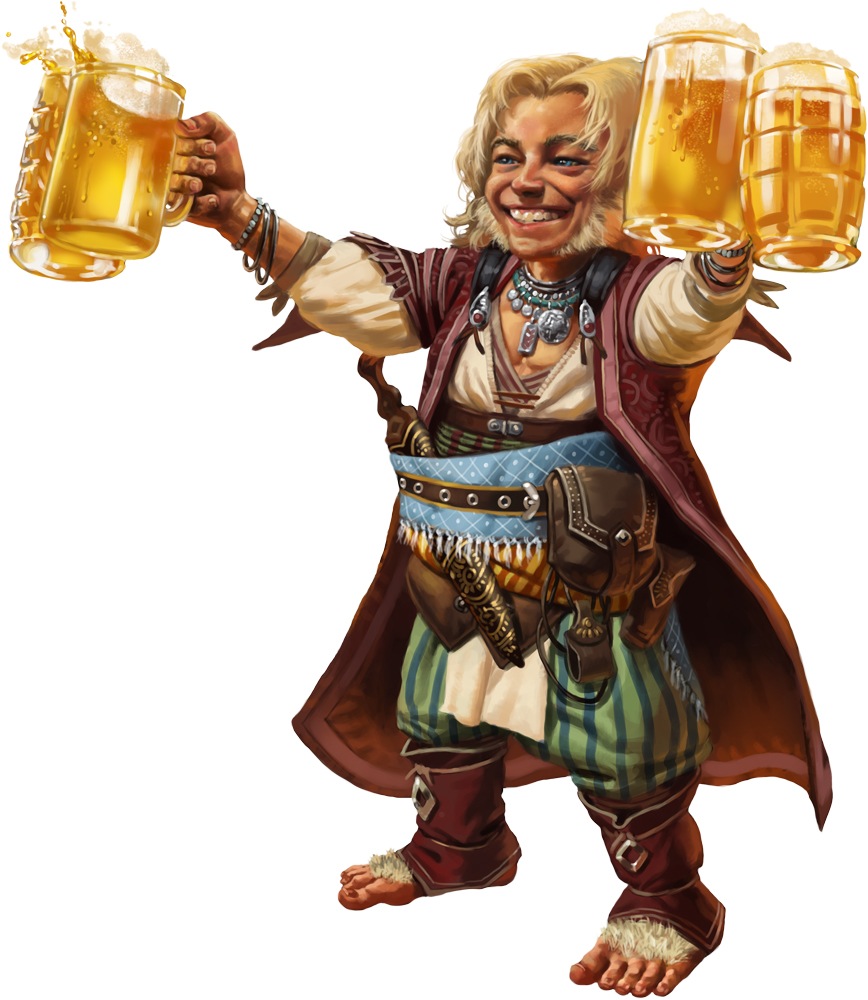 My Halfling Character I'm playing right now is Arisis "Ari" Tiefmond (Deepmoon). She is a Wizard, learning at Strixhaven. But in the campaign she is on her Internship, that every Strixhaven Student has to do inbetween semesters. She really didn't wanna do an internship, she wanted to stay at university with all the nice books, but she had to do one, so she send random application letters out and one landed at a thives guild, that gave her the internship and now she is part of that Guild ...
She is a very nerdy, booksmart character that uses way to much magical force to solve her problems, like using shatter for breaking and entering ...

She is actually my first and so far only halfling character and fun to play. 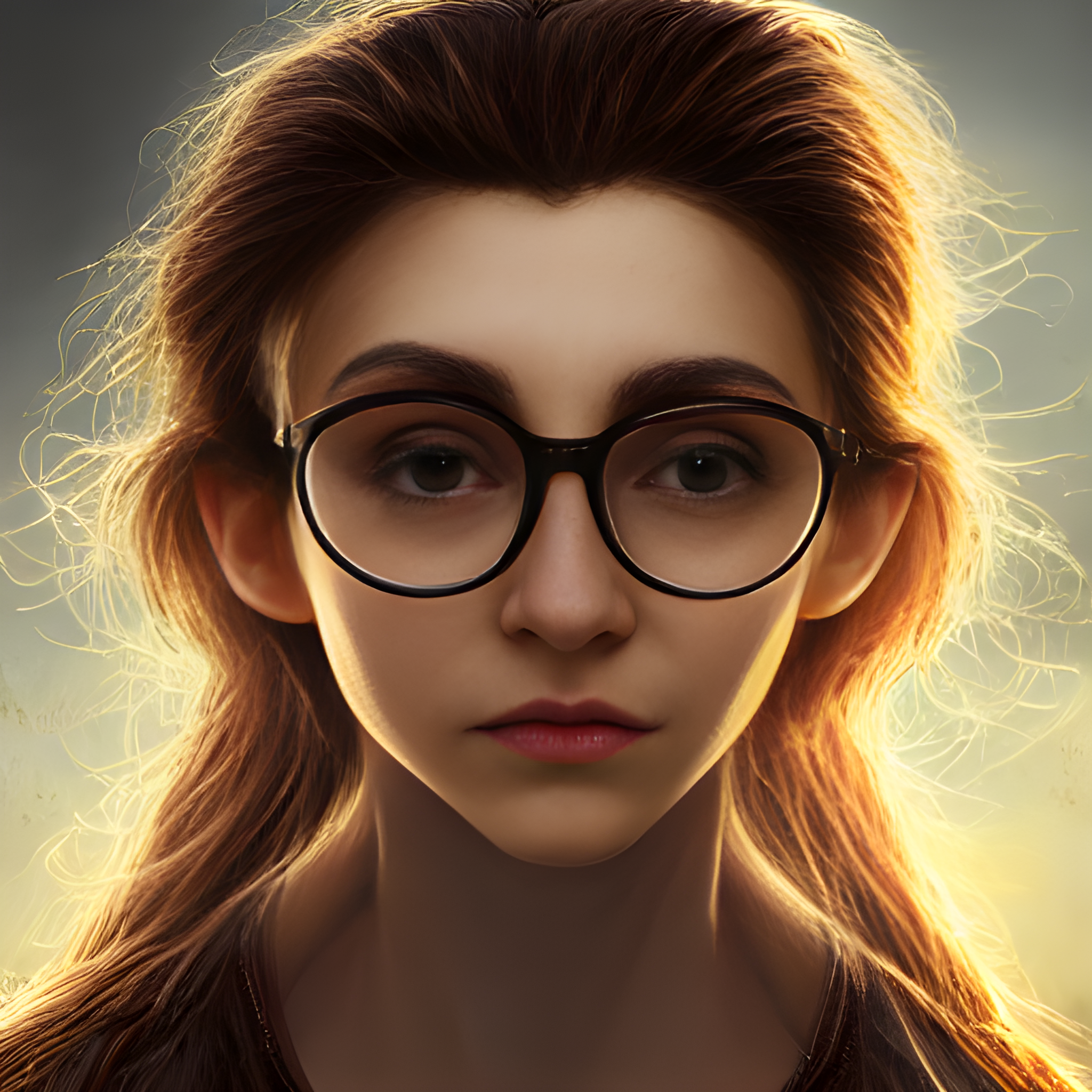 billd91 said:
Because 3e kind of kenderized them up and moved away from the bare, furry feet. A mistake, in my opinion. Fortunately, PF had the right idea when they diverged with their version:
View attachment 265767
Click to expand...

3e went with a more B/X and Kender pointy eared slim halflings without the kender associations as opposed to roly poly Bilbo halflings.

Pathfinder went with generally hobbity halflings but gave them a conquered slave race cultural aspect in their Golarion setting which is distinct from a lot of D&D portrayals.

4e made them bigger, kept the slimmer action profiles but went with round ears.

E
Board Quotes from the Past (Slagger_the_Chuul)

D&D 5E Problems with Lost Mine of Phandelver (Errata & Suggestions)