This week, I look at RPG crowdfunding projects that end between November 22nd through Thanksgiving (28th). Of the eighteen projects covered here, six end on US Thanksgiving eve or the day of Thanksgiving. It's a bold decision and I’m eager to see how many final 48 hours bids they pick up. 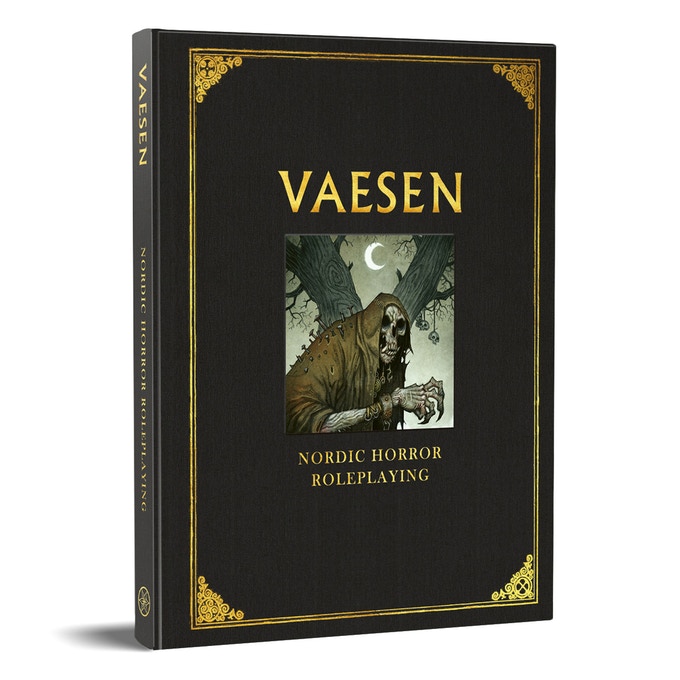 “A New Roleplaying Game of Gothic Horror from the Makers of ALIEN, Forbidden Lands and Tales from the Loop. Welcome to the Mythic North – northern Europe of the nineteenth century, but not as we know it today. A land where the myths are real. A cold reach covered by vast forests, its few cities lonely beacons of industry and enlightenment – a new civilization dawning. But in the countryside, the old ways still hold sway. There, people know what lurks in the dark. They know to fear it. Vaesen - Nordic Horror Roleplaying is a brand-new RPG line from Free League Publishing. Written by award-winning author Nils Hintze (Tales From the Loop RPG) and based on the work of Swedish illustrator and author Johan Egerkrans, Vaesen presents a dark Gothic setting steeped in Nordic folklore and old myths of Scandinavia. The game mechanics use an adapted version of the award-winning Year Zero Engine. We are raising funds to produce a lavishly illustrated and beautifully produced book with more than 200 pages of content. This core rulebook will contain all you need to roleplay in the Mythic North: rules, setting and an introductory scenario.”
Click to expand... 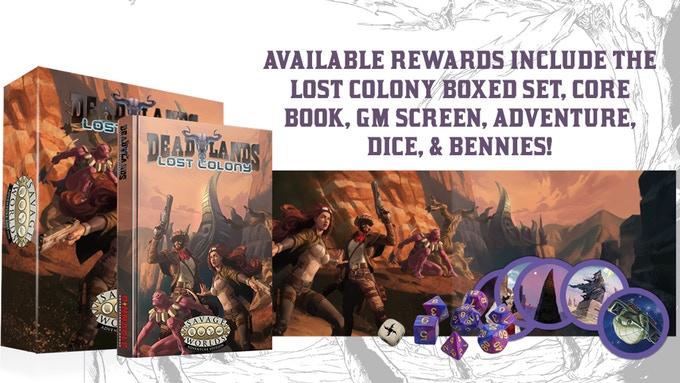 “Travel Way Out West, on and around the planet Banshee, after Hellstromme Industries' Tunnel collapse left the Reckoners behind! Deadlands Lost Colony is a roleplaying game setting for the Deadlands universe and uses the Savage Worlds Adventure Edition game system. It takes place in 2097, thirteen years after the Last War in Deadlands Hell on Earth. Hellstromme Industries created a “Tunnel” between Earth and a distant star system later called Faraway. Millions of colonists settled on asteroid mining stations and the only inhabitable planet, Banshee, before the Tunnel collapsed and left them stranded. Now the humans must fend for themselves against a rogue military, ruthless pirates, angry anouks, the rise of an evil alien presence, and worst of all, the arrival of the Reckoners—made flesh on Earth and exiled to Banshee! Deadlands Lost Colony is the long-awaited relaunch of a line first published in 2000 for the original Deadlands Classic system. It's been rewritten from the ground up, reimagined, refocused, and adapted to the latest version of the Savage Worlds Adventure Edition. The core book for Deadlands Lost Colony is a 192 page "graphic novel" size hardback and full-color throughout.”
Click to expand... 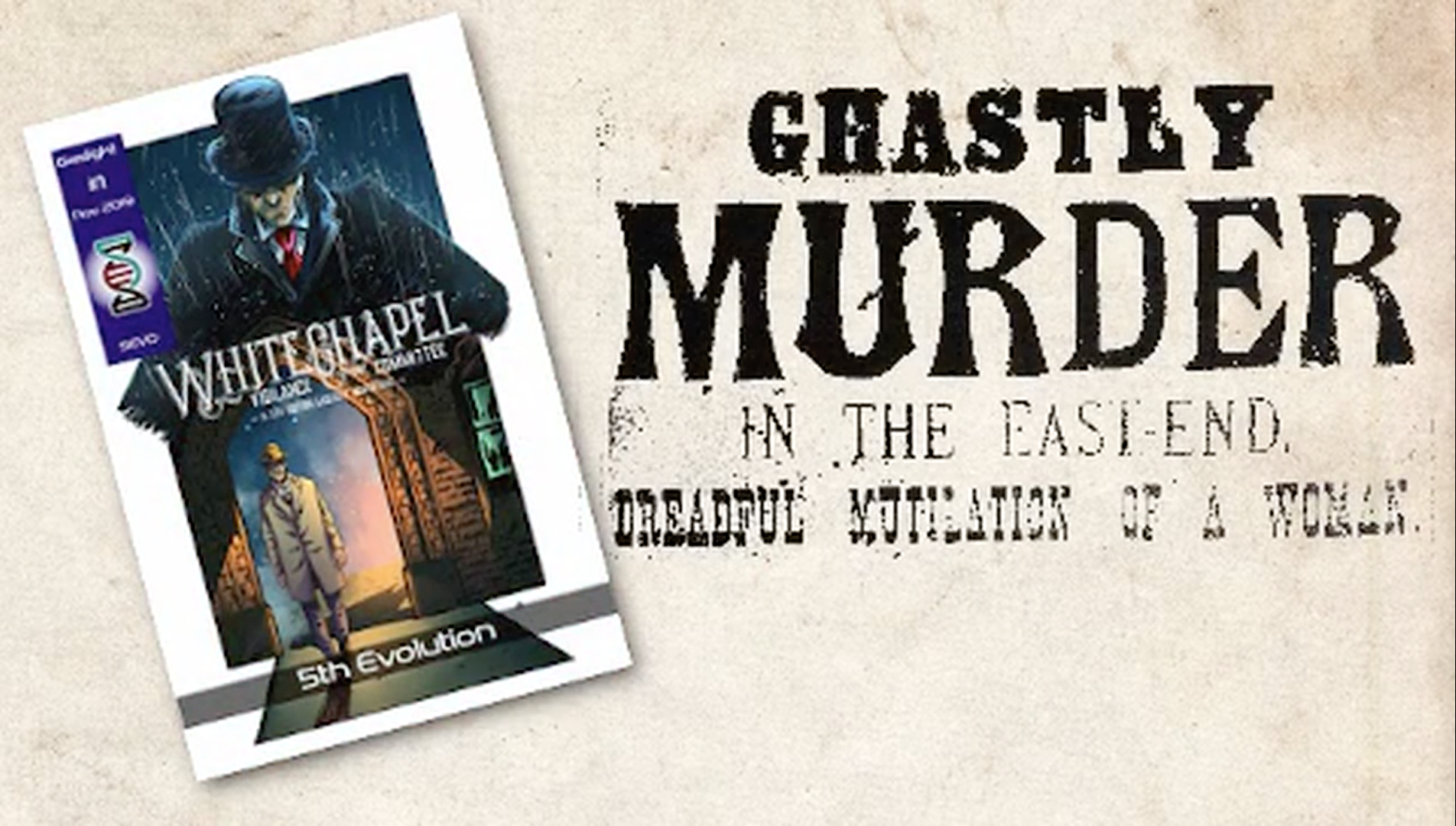 “A 5th Edition gaslight adventure to catch Jack the Ripper. Go beyond medieval fantasy with 5th Evolution: Whitechapel by Limitless Adventures! Play as gaslight anti-heroes racing to stop the world's most famous serial killer before he strikes again. This 5th edition adventure contains an 8-page comic, a 5e sandbox of London's Whitechapel district in 1888, dozens of encounters, and rules for creating gaslight heroes.”
Click to expand... 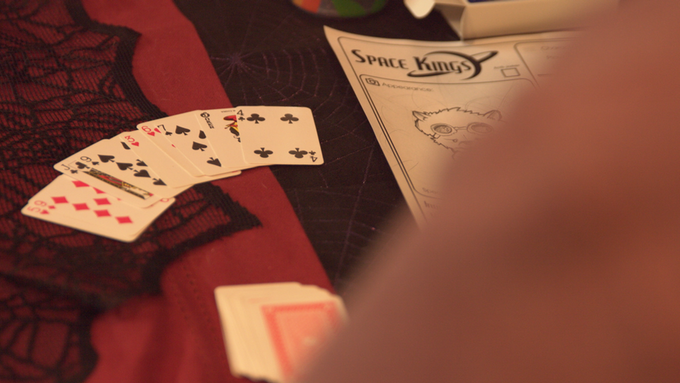 “An improvisational playing card based role-playing game. Space Kings is an improvisational tabletop roleplaying game. Players and Hosts use decks of 54 standard playing cards to fight evil space governments, thwart unethical corporations, host fancy dinner parties, and overcome other devious challenges. We made Space Kings for our group of longtime friends who wanted to play a tabletop game every week and not have to plan too much or do a lot of math. We started playing Space Kings in the Summer of 2013 and we've played it nearly every week since then. Though a lot of the content in the book fits a comedic science-fantasy campaign, a game of Space Kings can be whatever you want it to be! We've twisted the rules and set games in sword and sorcery and suburban horror settings. If you're interested in learning the basics, check out Pretend Friends! It's a podcast where I (Kevin Cole, from the video) play Space Kings with my friends from the indomitable web show, Continue?, and it's now in its third season.
Click to expand... 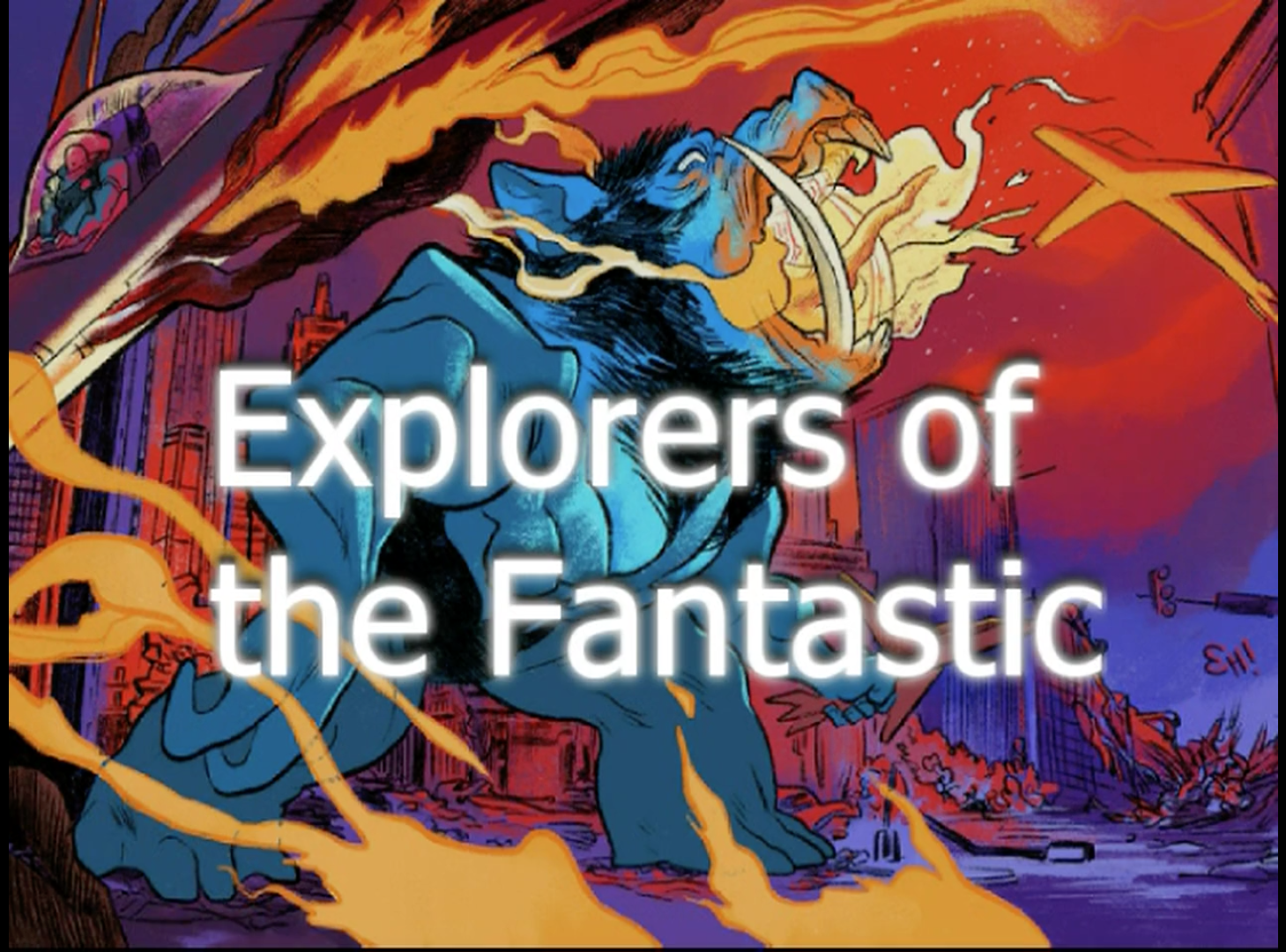 Explorers Of The Fantastic by Battlefield Press

“Explorers Of The Fantastic is a setting book for the Savage Worlds Adventure Edition, describing an alternate "atomic horror" Cold War. The Allied bombing of Ninoshima island in Japan in August, 1945, opened up an enormous entrance into the Hollow Earth, and from that entrance came the first of a series of skyscraper-sized monsters to plague the world over the next two decades. Fortunately for humanity, a group of action scientists, the Explorers of the Fantastic, rose up to oppose them and to explore the Hollow Earth, the floors of the seven seas, and the depths of outer space. In Explorers of the Fantastic, you create and play these scientists, fighting against the giant monsters and against more human opponents. In this book, you’ll find rules, based on the Savage Worlds Adventure Edition ruleset, for creating your heroic action scientists and equipping them with the highest of high tech—even their own personal vehicles, rules for creating new giant monsters, either for the player characters to fight against or for the players to run, rules for creating individual vehicles for player characters, from flying mini-subs to rocketships, new Savage Worlds races (Intelligent Apes! Emancipated Robots!) and character concepts (Giant Monster Expert! Science Police! Super Scientist!).”
Click to expand... 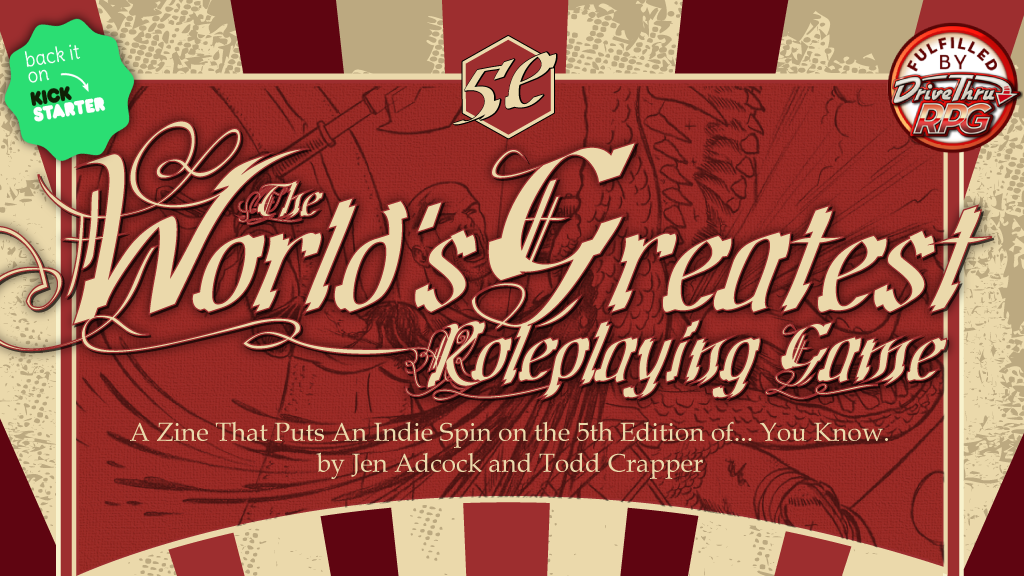 “A Zine that puts an Indie Spin on the 5th Edition of the World's Greatest Roleplaying Game! [T]his is The World's Greatest Roleplaying Game: The Zine. It's a zine providing an "indie spin" on the 5th edition of this tabletop behemoth, a chance to try out something new for those of you who like to dabble or are finally willing to cave in and play the world's most popular RPG with a few story game ideas in hand. Maybe you'd even like to play a game of players as they actually play the world's greatest roleplaying game to become the ultimate meta roleplaying game! With WGRG: The Zine, we want to take some of the revolutionary story-driven mechanics from some great indie games and designers you might never have heard of and merge them into the core rules for 5e. Read about the concept of "failing forward" from Powered by the Apocalypse games and how it can be applied to your 5e game. Have you ever compared a dungeon crawl to mysteries? So, let's talk about how the GUMSHOE system can merge with 5e to enhance the experience. Each issue will be produced in a 24-page (approx.) 8.5" by 5.5" booklet format in both PDF and POD from DriveThruRPG. Everyone who writes original material for WGRG: The Zine will be paid at 10 cents per word CAD (or 8 cents per word USD) because miniatures ain't cheap and that cotton ball with toothpicks sticking out can only go so far.”
Click to expand...

Feast of the Gobbler by Frog God Games
Dungeon of the Steel Golem - A 5E DND and Pathfinder Module by Zan’s Adventures
The House of the Red Doors (DCC RPG) by James A. Pozenel, Jr.
The Aarakocra Incident by Marco Mazzei
The Races Among Us - ShadowMyths Elementals for RPGs/DnD by Doug Hoppes
RPG CONVENTION