I feel like Spelljammer should get updated for 5e, but in a different way than it was originally published back in the 2e days. Specifically, what I'd love to see would be a sci-fi themed campaign setting developed from 80s retro-future nostalgia that spelljamming was incorporated into rather than being the setting itself.

What I picture would be a set of colonized worlds in a phantasy-star-esque star system inhabited by a few intelligent races that are not found in the standard D&D worlds (and humans would not be one of them!). It would be a "low" magic setting. Magic & the weave exist in the same way it does in, say, the FR, but mastery needed for casting spells with it is not nearly as prevalent as in other settings. Similarly, while the same planar cosmology would exist for this setting as others, its inhabitants know little about it so it would not be the focus of the setting or explored much within it.

Instead, the civilization primarily mines the raw energy of magic to fuel its technological progress while Psionics is more commonplace in terms of personal use by individuals. Spaceships are in common use, but only certain ones can be equipped with a spelljamming engine (drawing substantial energy from the weave) making them capable of passing outside the crystal sphere into the phlogiston.

The setting would share the prime material plane with whatever the core D&D world is in your campaign, be that FR, eberron, etc, with passage between the two only (and potentially other worlds) only possible with a spelljamming engine. Both worlds are across the phlogiston from one another, so an adventure in this setting might mean traveling to one of the fantasy worlds, or vice versa.

I'd love to see something like this officially from WotC, but I'm also working on my own homebrew version of it in the meantime.

Supporter
I love this idea and I would love to see you bring it to the market.

Not gonna lie, I would love it a whole lot less if it had the Spelljammer logo on the cover.

FaerieGodfather said:
I love this idea and I would love to see you bring it to the market.

Not gonna lie, I would love it a whole lot less if it had the Spelljammer logo on the cover.
Click to expand...

Thanks. Yeah, the name of the setting should describe the actual setting and not simply be "spelljammer"

You know, I wasn't wanting a new Spelljammer but then I saw this thread and an idea struck me of the Spelljammers having been created by resource plunderers who invade Crystal Spheres to steal the natural resources, things like Illithids and other abberations. Could be a cool hook for a new campaign that takes the players into the Phlogiston.

WHat I never liked about Spelljammer was that it was really well thought out but OVERLY so. Weird for weird's sake design at times. It was complicated in needless ways for what should have been a no brainer kind of campaign. It could easily be reimagined into something a lot cooler.

Einlanzer0 said:
Thanks. Yeah, the name of the setting should describe the actual setting and not simply be "spelljammer"
Click to expand...

More a matter of, I love this but I love Spelljammer a whole lot more. I have my own, potentially controversial, changes that I want to make-- like removing the Radiant Triangle and everything from Krynn with extreme prejudice-- but your cool new thing doesn't feel like Spelljammer at all to me. Tell me it's an original setting inspired by Phantasy Star and, yes, Spelljammer and TAKE ALL OF MY MONEY, but tell me it's Spelljammer and I'm gonna tell you it ain't, loudly and with a great deal more hostility than you honestly deserve.

I hate retcons. Love the Phantasy Star appreciation but this isn't Spelljammer.

Yup, I would like to see Science Fantasy D&D, but that isn't Spelljammer. Spelljammer is classic pseudo-medieval fantasy in space, not science fantasy.

I have thought of a PS D&D game though. 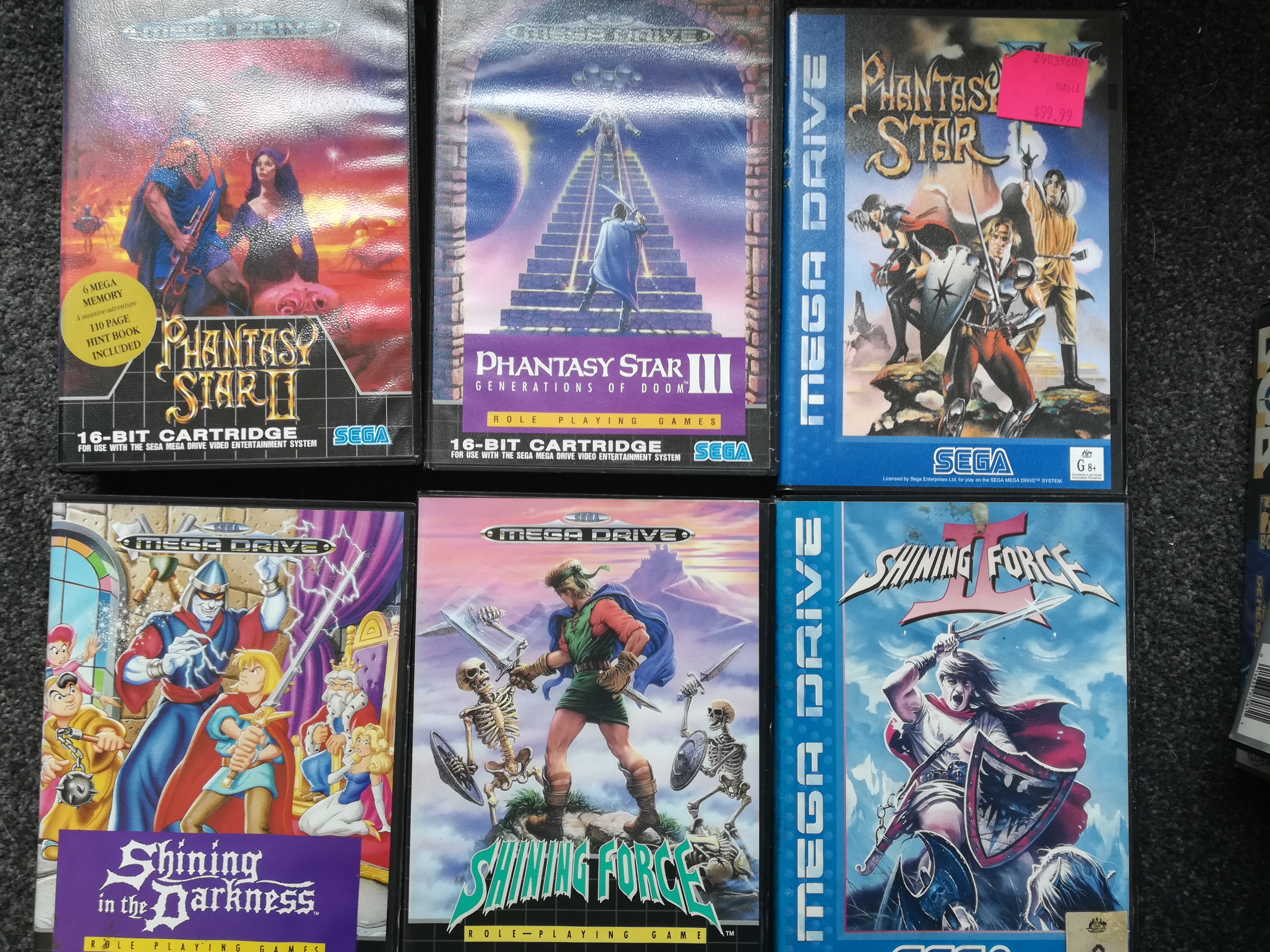 In my humble opinion there is a open door for a space fantasy, maybe with a retro-vintage sci-fi look, like Flash Gordon, Buck Rogers, Diego Valor or the Phantom Empire and other 30's comics, allowing a spin-off of Spelljammer. The fraals and the sesheyan from Star*Drive were canon monsters in AD&D 2nd Edition.

You can bet if Hasbro notices this franchise is perfect to sell toys, they will use. Maybe licencing it with Disney, or a intercompany coproduction, but then it will have to be a family-friendly title (with lots of no-lethal spells and weapons).

Spelljammer is perfect to recycle old Hasbro franchises, for example Rom the space knight or the inhumanoids.

* How would be crossover alternate universe between Gamma World and M.A.S.K (or M.A.S.K + Kaladesh)? And a Voltron vs Dinobots vs Titans (Power Rangers Mystic Force)?

* I wonder about a 3PP or fans using the open licence to publish Spelljammer version of the alien PC races by Starfinder.

Why does this come across as a retcon to you? I don't see it as a retcon as I'd be keeping nearly everything about the original Spelljammer. It's more like an expansion of the concept that makes the setting a lot bigger than just the ships themselves.
Last edited: Mar 10, 2020

Never read it but it was tempting : 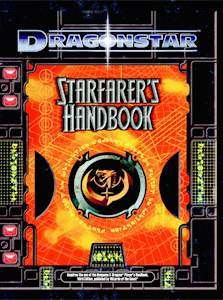 Supporter
For all those saying "I'd like to see science fantasy options for D&D," you do know about the upcoming Arcana of the Ancients from Monte Cook Games, right?

I think Spelljammer is going to get a massive bump in popularity thanks to BG3 which makes getting the setting much more likely.

jayoungr said:
For all those saying "I'd like to see science fantasy options for D&D," you do know about the upcoming Arcana of the Ancients from Monte Cook Games, right?
Click to expand...

I forgot about that one!

In my game Spelljammer helms exist but Crystal Sphere’s don’t.

The Phogiston is hyperspace and you need to get far away enough from a star to make the jump to the Phlogiston.

atanakar said:
Never read it but it was tempting :

We played the heck out of that. Really well thought out for the V3/3.5/d20 system.

I would love to see Spelljammer 5e as long as they kept it Spelljammer. And your idea sounds awesome but not as Spelljammer.

D&D had a long and well-established absurd streak that has been almost completely abandoned in the WotC era. 5e is better about it than 3e and 4e were, but seriously; Spelljammer doesn't need a gritty reboot. Keep the Giff. Keep the Ptolemaic physics. Keep the giant space hamsters.

Keep It all, and you will get my money.

I liked Starfinder, and really wish that was in 5e rules.

But to the OP, I think that would be a really cool setting. Would it still be D&D if you don't have the normal races but alien species instead?

I use a simplified version - the ships travel the astral sea. There are stable gates to many places in the Astal Sea. As my campaign world(s) are quite large, powerful beings (and merchants) will use the Astral Sea as the shortest path to move between places. It is frequented by Giff, Gith, Elves and Dwarves, primarily.

atanakar said:
Never read it but it was tempting :

Saw it on the shelf at our local game shop and thought about buying it but there was such a glut of d20 products coming out at that time that I passed on it. Also we were either playing D&D 3.x or d20 Modern that I new I'd probably never use it.