The Child Becomes the Parent

D&D is doing really well, well enough that Wizards of the Coast is starting to take over its parent company, Hasbro. So what's next? 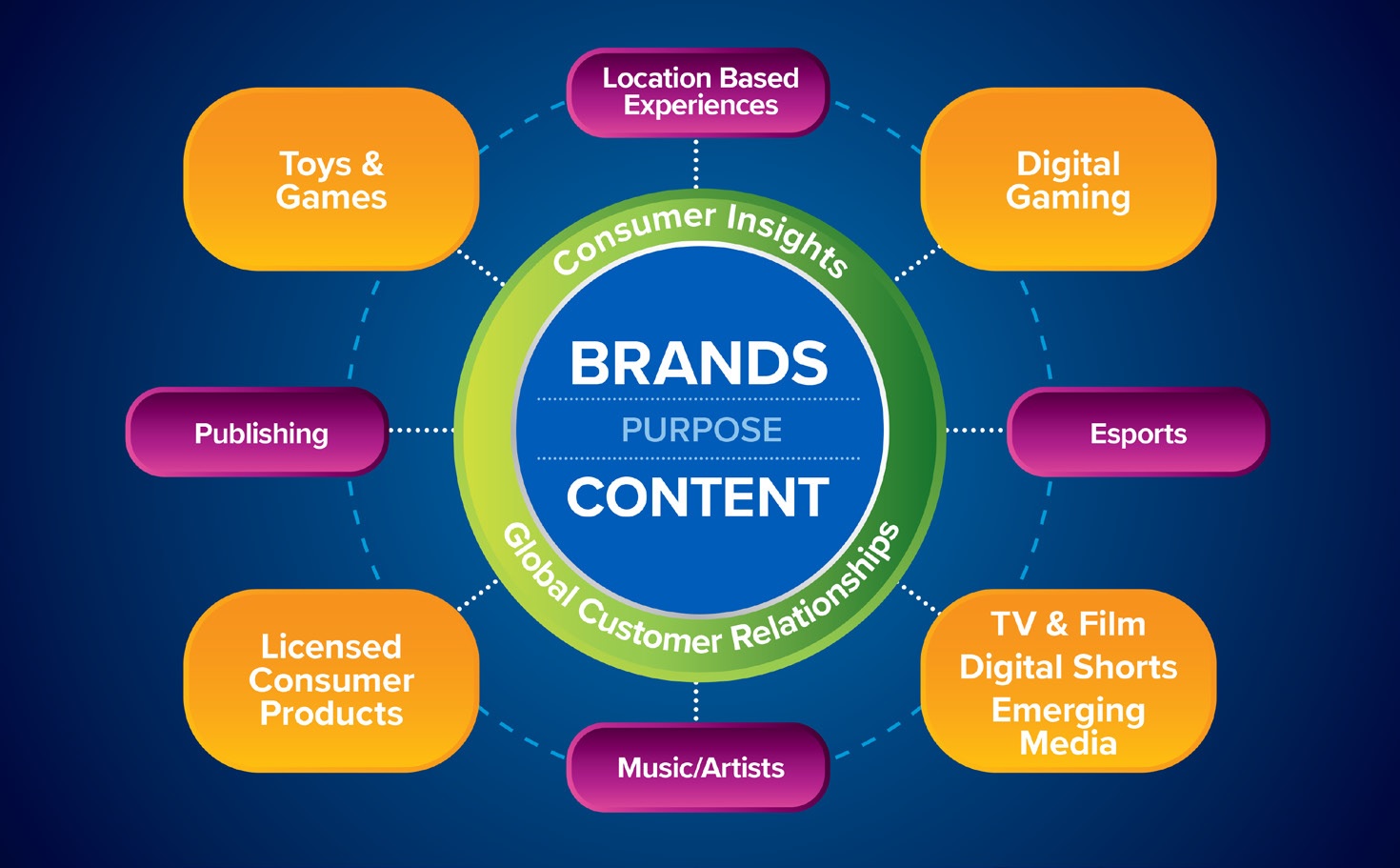 The untimely death of Hasbro's CEO Brian Goldner triggered a leadership shuffle that resulted in President and Chief Operating Officer of WOTC, Chris Cocks, being named Hasbro's Chief Executive Officer and a member of the Board of Directors, effective February 25, 2022.

Cocks was named CEO of WOTC on April 11, 2016. He was CEO of WOTC for six years before being promoted to lead Hasbro. Cocks in turn was replaced by Microsoft's General Manager and VP of Gaming Ecosystem, Cynthia Williams.

The move is surprising until you take into account just how well WOTC is doing.

As Russ posted previously, WOTC made over $1 billion in total sales in 2021, including $952M in tabletop games (some of that at least due in part to Magic: The Gathering sales). Tabletop games grew 44% and accounted for 74% of the $1.3B sales for WOTC in 2021. WOTC was responsible for a staggering 72% of Hasbro's total operating profit.

With numbers like that, it's not surprising that Hasbro noticed. Investors have noticed too.

Alta Fox Capital Management, an activist shareholder group, has a problem with Hasbro's Brand Blueprint. Here's what Hasbro has to say about their strategy:

The Brand Blueprint is Hasbro’s strategic framework for bringing our brands to life in exciting new ways. We see our brands as story-led consumer franchises that we bring to life through compelling content across a multitude of platforms and media, with a wide variety of digital experiences, music, publishing, and location-based entertainment, and an impressive array of consumer products, spanning a broad range of diverse categories. Each brand activates the Blueprint differently, but the result is consistent: deeper consumer engagement, innovative brand and product experiences and increasingly expansive opportunities for our portfolio.
Click to expand...

We can see this in action in how the D&D brand is being leveraged across multimedia. Hasbro's strategy is to do the same with all of its brands, including My Little Pony and Transformers. The idea is that Hasbro is not merely a toy or game company, but a brand company that spins products out of its core brands, from toys and games to movies and esports.

We believe Hasbro, Inc. (“Hasbro” or the “Company”) is severely undervalued due to its ineffective “Brand Blueprint” strategy, flawed corporate structure and consistent misallocation of capital ... Alta Fox sees a three-year path to $200/share, more than 100% higher from current levels, with a refreshed Board, new strategy, improved capital allocation and tax-free spin-off of Wizards of the Coast.
Click to expand...

To address what they see as these inequities, Alta Fox nominated a slate of five candidates to the Board of Directors to "improve alignment, restore accountability, bring fresh ideas and ultimately reverse Hasbro’s chronic underperformance."

We're finally at the point that investors like Alta Fox think WOTC is now better off without its parent. It's no accident that Alta Fox is making this proposal at the same time a new CEO from WOTC has been announced. Hasbro's response:

The Board and the Board’s Nominating, Governance and Social Responsibility Committee will review the proposed director nominees and present its recommendation regarding director candidates in the Company’s proxy statement and accompanying WHITE proxy card, which will be filed with the U.S. Securities and Exchange Commission. Proxy materials will be mailed to all shareholders eligible to vote at the Company’s 2022 Annual Meeting. The date of the Annual Meeting has not yet been announced.
Click to expand...

Whether or not Alta Fox's play will work remains to be seen. But one thing is certain: the D&D and Magic: The Gathering brands are so powerful that they are now calling the shots for older board game companies. Here's hoping that's good news for fans of D&D.
Last edited: Feb 28, 2022
Click to expand...

LuisCarlos17f said:
The board games have survived the arrival of the videogames. Maybe Hasbro worries more about to sell a merchadising version of Monopoly, Clued or Risk based in famous franchises, but there are other companies, for example Asmodeus (and just now I would be surprised by the new of a future merger between both).

Hasbro wants to be a new Nintendo. Let's remember the Japanese company didn't start with the videogames, but selling cards. But AAA videogames may need more stuff, money and time than produce a blockbuster movie.


I mean, whatever these companies morph into at the end of the day, D&D was something they bought in the first place. WOTC didn't develop it.

But D&D, it's become a cultural germ. It belongs to the people at the table. So I guess I'm simply not capable of caring about some companies.

Oofta said:
Trying to get a new idea going in Hollywood or other mass market media is difficult at best. Video games are another example, I mean how many Resident Evil games have there been? Do we really need another Call of Duty?

But I don't expect it to change anytime soon. WOTC is obviously hoping that can leverage D&D name brand into it's own franchise. At least with a D&D franchise you could tell a wide variety of stories and not yet another version of Batman.


The problem is that our buying habits reinforce the opposite of what we are discussing. We buy sequels/prequels/spin-offs better than we buy new IPs.

Mark Craddock said:
The problem is that our buying habits reinforce the opposite of what we are discussing. We buy sequels/prequels/spin-offs better than we buy new IPs.
Click to expand...

Oh, I get it. I've gone to most of the Marvel movies in the theater so I'm part of the problem.

Really WotC isn't selling the D&D lore/fluff but the tools for the fandom and this will create their own lore/fluff.

And some IPs are very old and known by the geek community, but they are relatively new for the no-geek people, or the youngest generations. Today there are teenages who don't know who were "Boney M", the musical band from 70's.

About Hollywood the produces who want to create new blockbusters would rather known franchises because it is a lot of money to risk with "bets". The drama and comedy stories now aren't in the cinema screens but in the TVs or the streaming services, and this may be better because with more time the characters can be developed.

Other point is but Forgotten Realms and some exception, nothing has been published in comics or comics. The comingsoon new Dragonlance novel is the first no-FR book in years. Maybe because WotC hasn't chosen yet the future changes to the continuity. But FR all the rest of D&D lines have got the metaplot totally frozen.

talien said:
We're finally at the point that investors like Alta Fox think WOTC is now better off without its parent. It's no accident that Alta Fox is making this proposal at the same time a new CEO from WOTC has been announced.
Click to expand...


I think this is an incorrect statement. Alta Fox doesn't think WotC is better off without it's parent. Alta Fox thinks WotC and Hasbro have a higher stock price as two companies rather than one.

Deset Gled said:
I think this is an incorrect statement. Alta Fox doesn't think WotC is better off without it's parent. Alta Fox thinks WotC and Hasbro have a higher stock price as two companies rather than one.
Click to expand...

I'm not so sure that it isn't a case of WotC would be worth more than both with the dead weight of Hasbro chopped away.