Using Miniatures for Your TMNT or Other Tabletop RPG

Everyone loves the Teenage Mutant Ninja Turtles. The four amphibious brothers are a cultural institution at this point. Back in the 1980s, however, they were still more of an underground affair. All that changed when Playmates toys and the 1987 Fred Wolf cartoon came around, but there was definitely a point when enjoying TMNT was a very different experience. 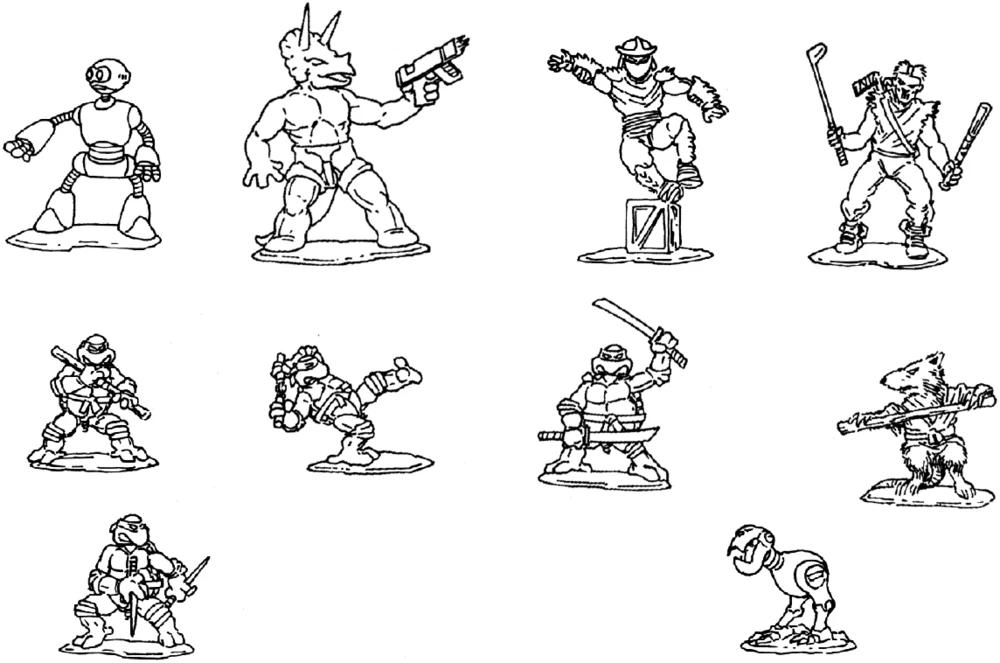 As I wrote in my inaugural piece for EN World so many years ago, TMNT & Other Strangeness was published at a transitional point in TMNT history. Most of it was derived from the ideas and aesthetics presented in the original Mirage Comics. It was amazing for fans of the comic at the time, and still tugs at the nostalgic heartstrings once in a while today.

One of the more appealing aspects of TMNT and other strangeness was the ability to create your own unique mutant or mutant team. I always thought the Terror Bears were a riot. Not only were they adorable, but they also were deadly. And they had plenty of potential for role-playing and other stories. One of the after the bomb stories centered around them. But you don't really see them in other TMNT media.

There was a line of miniatures exclusive to the game, including the Terror Bears, the turtles, a mouser, and other vital characters. Dark Horse Miniatures produced them, capturing some of the more intriguing characters from the game. One can still find them on eBay, often high-priced and in original packaging.

Fortunately, there are plenty of other alternatives to finding new old stock Dark Horse minis if you're playing an RPG featuring the turtles.

Reaper has a fantastic selection of anthropomorphic beasts ideal for any TMNT game or incorporating into your broader RPG campaign. Want to have an entire city of were-creatures? Reaper has you covered. Looking to have some aliens that happen to resemble TMNT-style characters? Last year, Reaper put out a line of dinosaur alien characters (both prehistoric and futuristic).

Then there's the magnificence of Etsy and 3D printers. A simple search for TMNT minis brings up a wide variety of nice-looking minis ideal for gaming or painting and displaying. I recently purchased some rather nice 1984-era TMNT resin minis that I'm looking forward to painting. I'll write about it sometime, too.

If all else fails, you can always grab a few Tortles. D&D's official "Nolzur's Marvelous Miniatures" line has a few pre-primed, ready to paint versions that are worthwhile for the odd adventure here and there. They're more of your garden variety tortle, but have decent detail and would work just fine in a pinch. Other D&D creatures—aaracockra, tengu, were-creatures, etc.—can all fill in for a "mutant" character for any game.

Whether you're playing TMNT and other Strangeness, Dungeons & Dragons, Pathfinder, or other games, these kinds of creatures can provide plenty of flavor and variety to players and game masters alike. These kinds of miniatures can be just the thing to unlock a brand new adventure for your next game.
Last edited by a moderator: Jan 11, 2022
Click to expand...

I was just aging out when this hit the market. My little brother had all sorts of this stuff and I recall him having me be the rhino-guy the times I played with him. I also seem to remember him getting upset when I called Splinter "Sphincter."

Both CMON and IDW Games have made a bunch of TMNT miniatures for board games. If you want licensed material 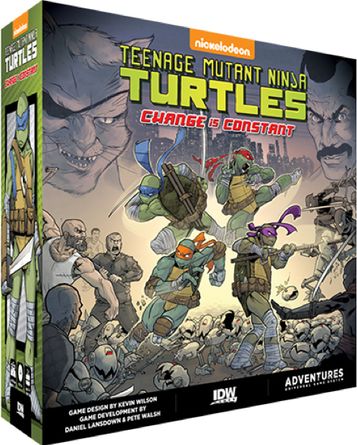 The Turtles band together as they brawl their way through their origin story.

Maybe if we are lucky there will be a licensed RPG again . All good stuff

Wow, this brings back memories! I remember making my own party of mutant animals and fighting the terror bears. Also, if you are looking for minis, consider getting some of the Lego Minifigures!

marroon69 said:
Both CMON and IDW Games have made a bunch of TMNT miniatures for board games. If you want licensed material
Click to expand...


Similarly, there was a TMNT Heroclix set a few years back, if you don't mind having those little dials at the bottom (or are daring enough to re-base them).

And you could always use action figures if you have a big enough table. I understand they made a few!

The Turtles band together as they brawl their way through their origin story.

Maybe if we are lucky there will be a licensed RPG again . All good stuff
Click to expand...


I created a homage recently, and there's a review thread for it. I can't claim it'll fill the ™-sized hole in one's heart, but I think it might help!

There's also the TMNT HeroClix that were made a few years ago, which are probably cheaper on the secondary market than most of the options given.

In 1991, I picked up metal miniatures of the four ninja turtles from a store in Sydney, Australia. Each ninja turtle was sold separately. I later found out the manufacturer didn’t have a licence and the minis were promptly discontinued under threat of legal action, so were only sold for a couple of months and are very rare as a result.

When I was in high school and college, we played a few games of TMNT and luckily had a player who would draw our characters and big scenes to document our adventures. He's now a professional comic artist.
In licensed games (such as Star Wars) we'd sometimes use action figures to serve as examples of our characters and basic positioning on the table.