What Are Publishers Doing For New Gamemaster Month?

What are Monte Cook Games, Chaosium, Evil Hat, Pelgrane, Atlas Games, and Arc Dream doing for New Gamemaster Month? I asked each of the companies how they’re supporting new GMs in the first major RPG “event” of 2021. These publishers teamed up to help prospective GMs choose a tabletop roleplaying game they’re interested in running, then taking them through a month of workshops sharing the tips and tricks of GMing in general and for their specific RPGs. By the end of January, the GMs will be ready to run their first game. 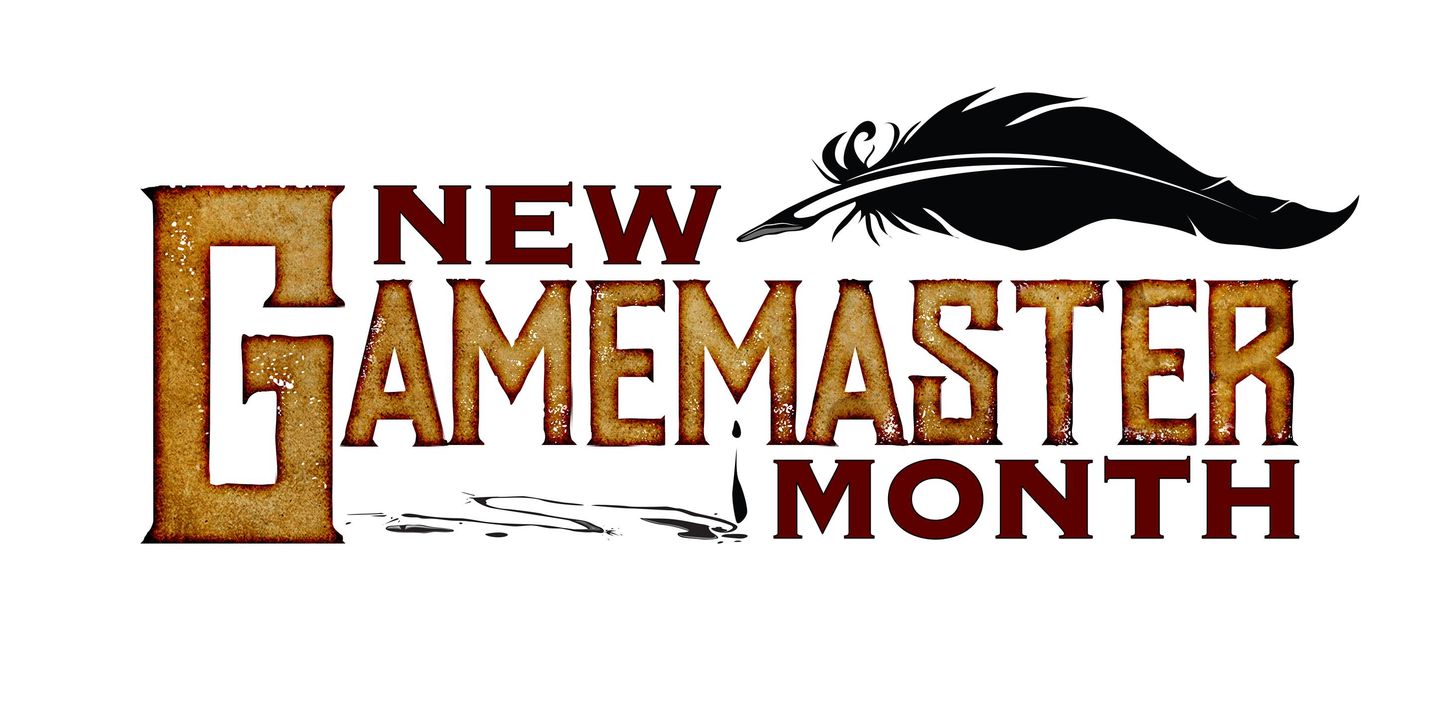 “We created New Gamemaster Month, oh, six or eight years ago, and although there have been many companies involved in recent years, at first it was just Monte Cook Games. So we’ve been doing this for some time, and we’ve really honed our process. It’s important to note that New Gamemaster Month is really focused on the new part: It’s not about advanced GMing tips or all the best practices for the most awesome game ever. It’s about taking that first step. Those of us who have been GMing forever maybe forget how intimidating the first time can be, especially if you’ve played for a long time with really good GMs. So our goal is to help GMs prepare--and more importantly, feel prepared--to run their first game.

The program is eight steps long (two steps per week, on Tuesdays and Thursdays, for four weeks). It takes the prospective GM through everything they need to do, from setting a date and wrangling players to sitting down with them (actually or virtually) to roll up characters. A gamer who sticks with all eight steps will run a game the first weekend of February. And it’ll be a good game, and they’ll have fun doing it.

So when you look at MCG’s approach to this, we went with one of the four adventures from the Numenera Discovery corebook. (Taker of Sorrow, specifically.) That’s for two reasons: primarily, because that adventure was specifically designed for GMs new to Numenera (and perhaps GMing entirely), and secondarily because it’s in the corebook, so any GM equipped to run Numenera can run this without having to track down or buy another product.

The program’s eight steps are pretty specific, regardless of which game a new GM decides to go with, so the steps for Numenera are the same in general as those for any of the other games in the program. Early steps include obtaining the corebook, familiarizing yourself in very broad strokes with the game, and getting in touch with potential players and scheduling the game session. (A gamer who already plays Numenera and has a regular gaming group will probably find these steps pretty easy--not that any of them are particularly hard.)

Later steps help the GM understand the rules and setting of the game, and the specific adventure they’re going to run. Just as importantly, they try to help the GM understand what they don’t need to know--to be comfortable with the idea that they’ll run a great game even if they haven’t memorized the entire rulebook, or get some detail of the game world “wrong.” So the Numenera guidance points players to specific sections--“read pages 283-286" or whatever, so they learn the elements of the game they need to run a smooth session, without being overwhelmed thinking they need to read the entire 416-page book two times over.

Every step is like that: specific, short, and pointed. There isn’t a single step that would take more than an hour for even the greenest of gamers to get through. And when they’re done, they literally go and run a game. If we’ve done it right--and having done this for years, I think we’ve got it down--it’ll be a great game, too!”

“We've enjoyed taking part in New Gamemaster Month for several years now. For this time round we're featuring our fantasy roleplaying game RuneQuest. In addition, we appreciate that now more than ever, it can be difficult for people to get together in the same place to play. So in our New Gamemaster Month materials we've included some helpful information for first-time GMs who are going to do this online (on Zoom, Roll20, Fantasy Grounds, etc.) We want to make a new GM's first online experience running a game as easy and as fun as it would be at regular tabletop gaming, around a table!” 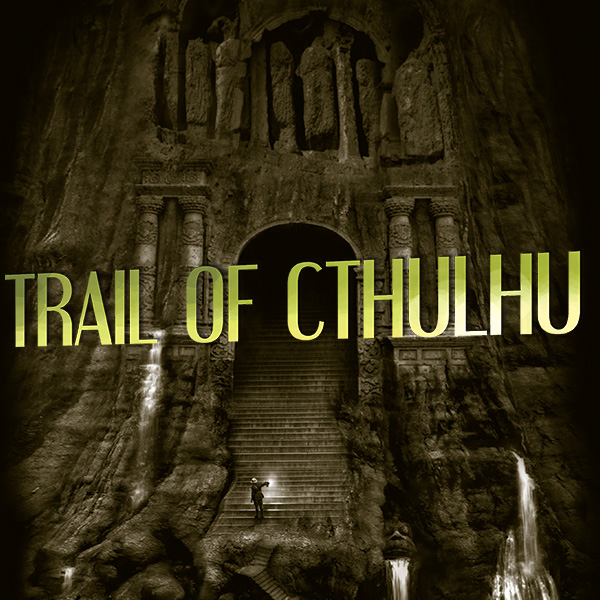 “We're encouraging people to try running their first Trail of Cthulhu adventure during New Gamemaster Month 2021. During January, we'll provide guidance and advice on running Midnight Sub Rosa, a Trail of Cthulhu adventure involving a missing occult tome, set in small-town Alabama. Using Midnight Sub Rosa as an example, we'll provide advice specific to running investigative mystery games using the GUMSHOE system, addressing adventure components like scene flow diagrams, core clues and other clue types, and scene lead-ins and lead-outs. Pelgrane team members and experienced GMs will be on hand in the New Gamemaster Month Discord channel, Facebook page and Twitter account to answer any questions, and to cheer on our new GMs as they run their first mythos occult game. We're looking forward to meeting our aspiring GMs and hearing all about how the games go!” 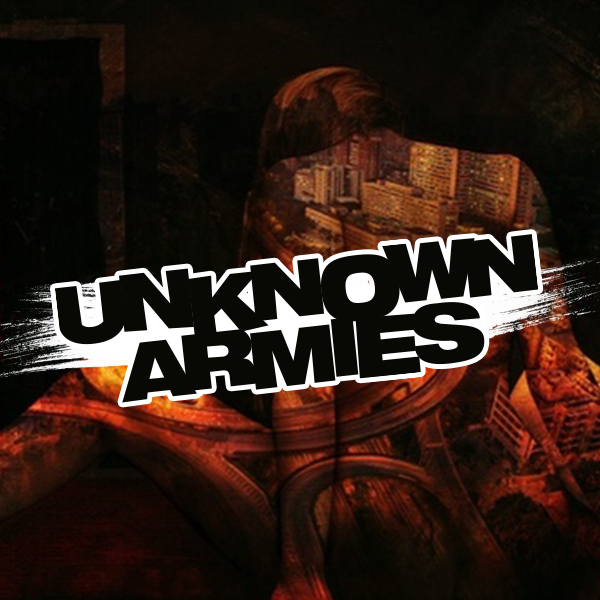 “We're super-excited to be working with new gamemasters throughout the month of January as they explore the world of Unknown Armies, where magick built from the ripped open corpses of crime fiction and secret history warps the urban landscape of the plague-riddled landscape of reality into a gutter where the fate of the next world will be determined... assuming any of us survive that long.

In addition to the detailed Unknown Armies tutorials GMs will be able to find on the New Gamemaster Month website, as the RPG Producer at Atlas Games I'll be participating in the New Gamemaster Month Discord server to answer questions, offer advice, and generally be whatever resource people need. I've won an ENnie Award for my GM advice, so I can at least pretend to know what I'm talking about!” 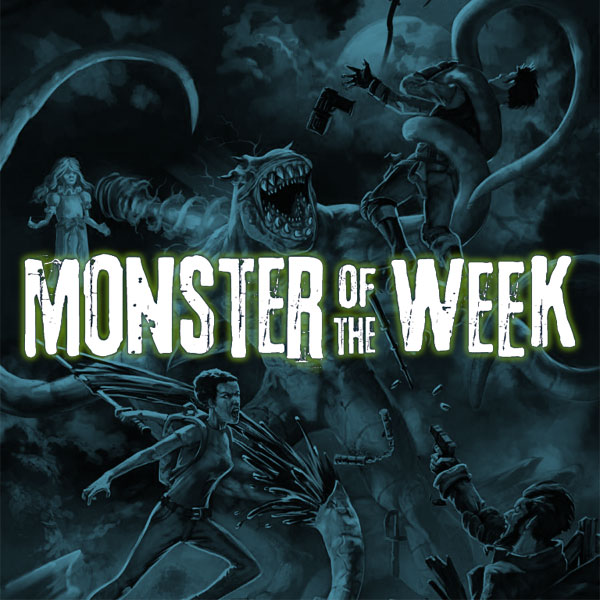 “Over the course of New Gamemaster Month we'll have a series of posts on the website leading new GMs through advice and preparation for their first session of Monster of the Week. This popular game of supernatural investigation is a little different from many RPGs in that each mystery is more of a framework of NPCs and plot elements and much of the direction of each session evolves from the whims of the players. Each post in the series will also include tips on how to set-up the game on Roll20 so they can play online.” 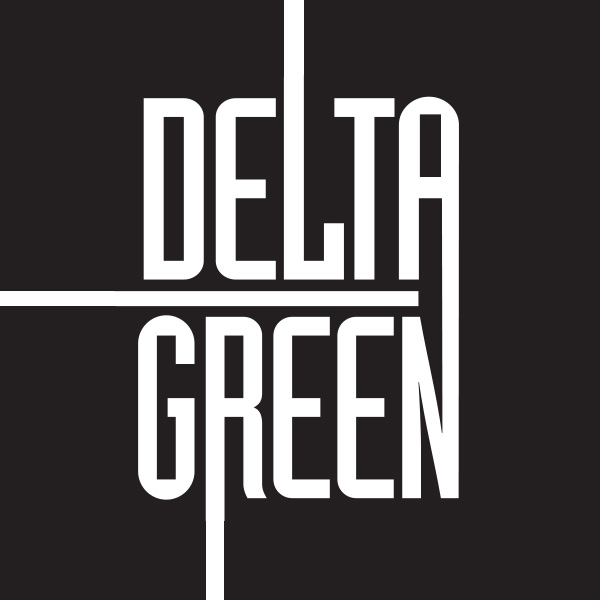 “For New Gamemaster Month, Arc Dream is looking for new handlers and agents for Delta Green. Running Delta Green as a roleplaying simulation has proven a useful cover for many years, allowing personnel to practice their decision-making skills in hypothetical situations among unsuspecting companions before they face the risks and blowback of genuine operations. For the end of 2020, we were pleased to report to the steering committee that our efforts have reduced year-over-year agent mortality to only 22%! And that is within the context of a global pandemic. We look forward to New Gamemaster Month building on that success.”

The New Gamemaster Month website is live (here) as is the New Gamemaster Month Discord server and the Facebook group with which all the companies and community use to chat with new GMs. I want to thank each of the publishers for making New Gamemaster Month happen and for answering my questions. Special thanks to LaTia Jacquise, Community Management for MCG, and Teri Litorco, Managing Editor for MCG, for suggesting this topic and sharing the details on this initiative.

Egg Embry is part of EN World's Columnist (ENWC) program as well as a columnist for Knights of the Dinner Table, d20 Radio, High Level Games, the Open Gaming Network, the Tessera Guild, and GAMA's magazine, Around the Table. His area of focus is tabletop RPG crowdfunding campaigns. His RPGs can be found through Egg Embry Publishing at DriveThruRPG (PDF) and Itch (PDF/Print).
If you enjoy the articles on EN World, please consider backing the EN World Patreon. Every dollar helps to make these articles possible.
Z

Tom Lommel, wow, there is a name I haven't heard in awhile.....thanks to all the publishers helping new GMs!

This is great. I like how diverse the games are here and the approaches.