D&D General What is the most ludicrous multiclassed monstrosity that you've actually played?

And not just multiclass, but thematically weird or mechanically convoluted in general.

For my part, I still have a soft spot for a goblin cabin boy named Terrence Gilliam back in 3.5. He was a master at pistol-based ranged sneak attacks while mounted. And from a thematic standpoint, sapping Henry VIII over the back of the head before riding off on a mastiff while dressed like Batman remains one of my fondest gaming memories.

What about you though? Share your most insane character concept! What ludicrous shenanigans have you pulled off at the table? What multiclassed monstrosities have you got lurking in your “build ideas” folder? Give us all those half-dragon half-vampire half-angels down in the comments!

Wonder if this was the inspiration for that...

Blue Orange said:
Wonder if this was the inspiration for that...

lol. That 'democracy in action' line freaking slayed me for some reason. Was there an election in the episode, or is it just a straight up non sequitur?

I did have a pathfinder (first edition) character that was a Paladin/Monk/Oracle/Ninja/Champion of Irori.

As far as NPCs were concerned, he was a paladin.

Nowadays I might try to add some Warrior Poet levels as well, to add Charisma to AC twice

Barbarian/Fighter/Hexblade/Frenzied Berserker from 3E. I wanted to go into Frenzied Berserker, but there was no benefit in staying in Barbarian for more than 2 levels, so I switched to Fighter, then Hexblade, as they were the optimal 2 class levels. Storywise, he was a rage filled killing machine from the beginning, so the classes themselves really didn't matter.

Pathfinder 1st is ripe for having 4 or 5 classes, so have done that a few times.

I think in 1st AD&D always played M/C. As chance were you were gonna die may as well have as much fun doing it with those fighter/ magic user/ clerics.

My only 5th M/C is a hexblade/fighter. Too many bonus actions!

Maybe my first 3E character, who was a Sorcerer/Fighter/Knight of the Great Kingdom/Paladin. That was a little ridiculous.

I've also applied for some much, much crazier things. Most franken-build I've ever gotten was doing some genuinely mind-bending layering of different PrCs to maximize caster level while minimizing loss of Bardic Inspiration progression (Crusader, Bard, Spellsword, Lyric Thaumaturge, Jade Phoenix Mage, Sublime Chord) and, on the other side, Cloistered Cleric, Ruby Knight Vindicator, and Knight of the Raven (a terribly overlooked and underrated Cleric PrC that gives you a crazy flavorful pseudo-Paladin.) 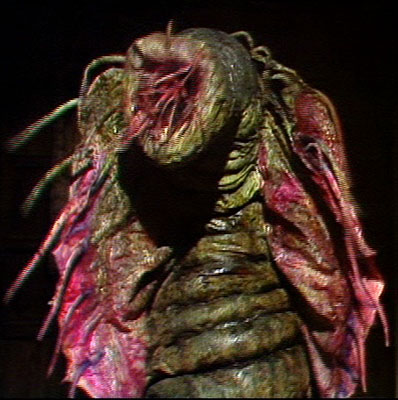 1e gnome illusionist/thief/monk. Taglador Resh was his name. I seem to recall the campaign fizzled after one or two games.

Now I want to recreate him for C&C, as a npc.

Back in 2e after the Complete Bard's HB was released it allowed Bards to multiclass properly. I created a half-elven Ranger/Bard that truly could do pretty much anything to some extent. The ranger class gave access to wilderness abilities, limited druid spells, fighter combat abilities, and the Move Silently and Hide in Shadows thief abilities. Bard gave wizard spells, the Climb Walls, Detect Noise, Pick Pockets, and Read Languages thief abilities (so the only thing I couldn't do was Pick Locks and Disable Traps), and a great suite of social and support options. I was the 6th member of a well rounded group (A Dwarf Fighter/Cleric, Human Mage, Elven Priest, Human Fighter, and a Gnome Thief). We ended up going through the Temple of Elemental Evil, the Lost Caverns of Tsojcanth, and a few home brewed adventures.

2e I played the DREADED half elf (father was half drow half wood elf if it matters but only fluff) fighter/Mage/Thief... it was AWESOME

in 3e I didn't really go crazy.
in 4e I made a swordmage who took all the wizard multiclass feats AND paragon multi classed.

(HOUSE RULE ALERT... in my current game the 1st time you choose a subclass you can choose 2 and get both benfits
in 5e I have a player make a Level 3 Ranger (Hunter/dread hunter) Level 5 monk (kensi) Level 5 rogue (assassin) level 3 fighter (champion) and if he hadn't died in the dumbest of ways had plans to take warlock levels (and had even RPed the deal in game)


in a fight they didn't need to fight, but picked anyway he charged ahead using his increased speed and flight (he was the owl race) and got cut off from party facing 2 big threats solo. The worst part is he had JUST 2 sessions earlier made the worst warlock deal with a creature from outside his multiverse (to take those warlock levels) to send all of the souls he kills to him AND when he dies become an eternal servant of him... so even though the divine soul sorcerer got to him on his final death save... revivify was not going to work... he was good spirited and is now playing a warforged fighter 11 (Samalri/ eldritch knight) artificer (armorer) 6

Back in 3.5, I played both a Wizard 3/Master Specialist 7/Initiate of the Sevenfold Veil, and a Beguiler 2/Wizard 3/Ultimate Magus. Definitely the peak of the 3.5 experience.

Oh wow I forgot about those... we playtested it only 1 time (then 1 DM let a player make the dumbest one ever in a later high level campaign when there power house character died)
I don't remebmer all 6 characters in playtest game but I was a Warlock/Spelltheif and we made it to like 7ish level I think I know we had a Warblade/Wizard as well. I can't remember what our cleric gestalted with at all...

dumbe one... we were level 19 and in the end game when our wizard/loremaster/arcmage died to a single failed save... his new character was a gestalt/multiclassed swordsage/rogue 12 wizard/cleric 3 mystictheurg/master of nine 4 but he came in with a +6 holy defender short sword and a +5 flaming burst icyburst keen defender short sword... BUT he was a hobgoblin and rolled like the worst stats ever... even when we gave his character someones belt of Magnificence +4 (since they took his old characters +6 one that was also a belt of battle and a belt of healing) only his wis hit 20 and most of his stats were lower then everyone elses...

edit... maybe it didn't hit 20 with the belt, maybe it hit 19 and one of us wished him a 20 in game...so long ago but trying to remember. the mystic thuerge/master of 9 part is fresh in my mind...as were the two broken swords that didn't really overpower him in a game full of casters...

edit 2 we were all throwing around 7th or higher (more then half of us 9th) level spells at that point so his character even gestalt was WAY less OP then us and we DID hit epic but only for 1 level (campaign ended at 21st...technicly at end DM SAID we would have just hit 22nd so some people updated for there dead character folders)

TwoSix said:
Back in 3.5, I played both a Wizard 3/Master Specialist 7/Initiate of the Sevenfold Veil, and a Beguiler 2/Wizard 3/Ultimate Magus. Definitely the peak of the 3.5 experience.
Click to expand...

oh mass taking +1 spell caster level prestige classes were normal for our group... I don't even thing those combos strange, but the defualt for our games.

infact in 3e I have a hard time remembering anyone hitting 15th level wizard or cleric even though I remember alot of caster... everyone was prestigeing it up

I made a 15th level Gunslinger/Monk for a short Pathfinder 1E side story.

I don't think I'll ever get to play the Sorcerer Fighter Rouge I always wanted to try.

Paul Farquhar said:
Only up to 13.

No, no, the Doctor destroyed the last of the Fendahl in 1977.

Apr 14, 2021
Manbearcat
M
E
Board Quotes from the Past (Slagger_the_Chuul)