Why I GM--In a Crisis or Otherwise

It is April in the USA. It has been snowing for a couple of days. I’m in lockdown due to a deadly global pandemic. I’m tired, still working full time from home and fighting to overcome worry. With all this going on, why do I GM at all? Why do you GM? 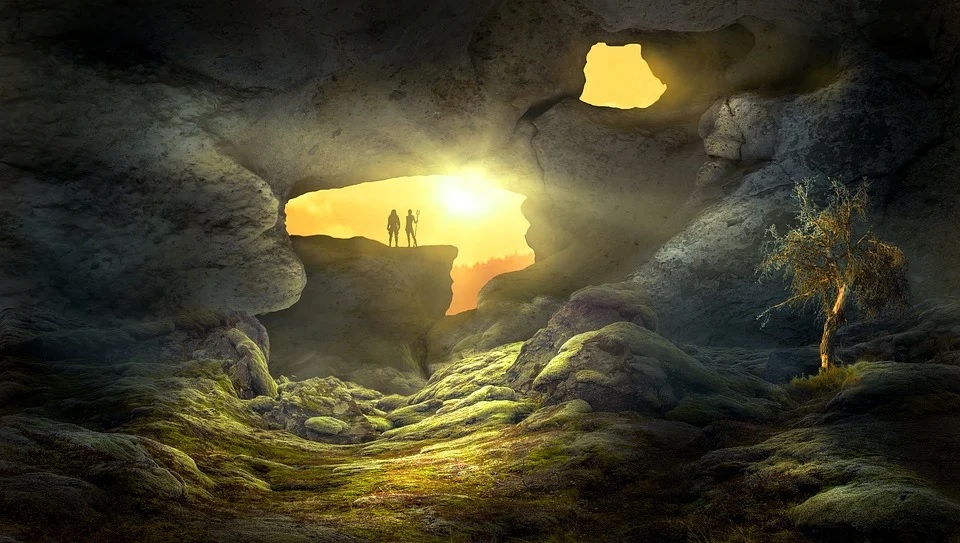 Picture courtesy of Pixabay.​
Last night, I again used technology to connect with friends around the country and share a tale of wonder and absurdity. The majority of us are in lockdown, most of us have wives and kids and jobs and mortgages to think about, and yet we all got together for a few hours. Why?

One reason is obvious. I’ve run four online games now since the lockdown started and I had run none before. I’ve reconnected with a couple of friends, one of whom I hadn’t seen in over a year and another I haven’t seen in decades. My GMing gave all of us an excuse to get back together, chuck some dice, and laugh together. I really can’t think of another way I could have gotten everyone together online otherwise.

But there were obstacles to overcome. I still work full-time. And I’m no spring chicken anymore. I get fatigued. It takes real effort to reach out to everyone, figure out the game system to use, get Google Hangouts going and everyone logged in, and to finally get the chance to even start playing an RPG. And once we start things can be a bit awkward, with unfamiliar rules, incomplete characters, faulty tech, and a bit of not sure what is going to happen next.

I will be honest I seriously considered trying to run Tales from the Loop. 80s nostalgia, no one dies, it is popular, it will be fun. But about half of these guys are old school gamers who want to fight monsters and boost treasure hordes. We had played Moldvay Basic D&D via Old School Essentials but a couple of the players prefer more modern systems with unified mechanics. So I went with Shadow of the Demon Lord instead.

What happened next demonstrates why I continue to GM. Character creation was chaos. Despite the Shadow of the Demon Lord Starter PDF I’d sent out only a couple of the six players had read it. We sorted out who would be playing what: 2 dwarves, an elf, a goblin, and 2 humans. Sounds like a marvelous start to a joke and it was. Backgrounds came next and while the gamers from my current group picked theirs, everyone else rolled up two randomly.

This is how we ended up with a murderer who had been in prison. In all my years of gaming I’d never had anyone play a criminal murderer before. Killers sure, but always with an excuse and no prison time. The murderer was at first played for laughs because many of use were in basements, in sweatshirts, and unshaven and looked like we were in prison ourselves (we are). But that would morph into something deeper which I’ll get to in a minute.

We weren’t trying to create literature or Lord of the Rings. But my friend Mike jumps in late, rolls his background, and it comes up prostitute. That gets a nervous laugh but it makes sense that a prostitute might turn to a life of adventure. Then he rolls his next background: torturer. I paused a beat before saying his character must be a dominatrix. Now, this type of background is not unknown in movies and TV shows. I would never use this idea at a convention or with a group of new players though. But with old friends the idea stuck and the character Trixie was born.

Here’s the thing. Richard, the murderer, was in a village planning to ambush returning bandits and working with the dwarf soldier to come up with a plan. While the dwarf thought of oil traps, lines of sight, and cover the murderer came up with other ideas. Like how the goblin’s idea to lure the bandits in with the corpses of the bandits already killed was brilliant. How to lurk in shadows and strike with surprise and violence from behind. Basically, how to murder a group of people as fast and ruthlessly as possible. It was chilling. And excellent roleplaying. Further use of his murderous past netted Richard bonuses in the upcoming conflict.

Trixie was unexpected but the player played her like a real person. She wanted to live, like everyone else, but she also wanted to excel. Turns out she was highly skilled at fighting. And when the bandits were ambushed she used her knowledge of picking out rich Johns to determine who the leader was and put an arrow through his eye. This shut down his ability to give a bonus to the bandits he was commanding.

Richard and Trixie survived. They thrived in conflict. Trixie went on to become a warrior. Richard likely will too, although the lure of magic interests him. Imagine a murderer becoming a magician. What great things we’ll see. Terrible things. But great.

I GM because it is fun, I see old and new friends, and we laugh. At first, I was going to say no one would want to read our adventures if turned into fiction. But honestly, handled with a deft hand, a dark tale of violence and farce seems to fit right now. Richard and Trixie have elements that don’t seem to fit classic Tolkien fantasy. But anyone who lives long enough can tell you that reality has holes in it and things that seem absurd or even scary sometimes crowd in to our here and now clamoring for our attention even if we try to shut our eyes and plug our ears.

GMing, and playing RPGs, gives us a voice and a mechanism to channel that terrifying absurdity, to master it, to make it do our bidding and entertain us. At the end of the night one player remarked, “I can’t believe none of us died.” He was smiling. Mixing friends and fun together to create roleplaying and ending that roleplaying with catharsis is a great reason to overcome tiredness and anxiety and get a group together to roll dice. That’s why I GM.
Last edited: Apr 30, 2020
Click to expand...

Charles Dunwoody said:
Character creation was chaos. Despite the free starter Shadow of the Demon Lord Starter PDF I’d sent out only a couple of the six players had read it. We sorted out who would be playing what: 2 dwarves, an elf, a goblin, and 2 humans. Sounds like a marvelous start to a joke and it was.
Click to expand...

Sounds familiar. I GM to share the wonder I feel from exploring fantastic worlds and living dangerously in them.

I GM because I do enjoy the challenge, the world building, and the interaction with the players. I have had some similar experiences connecting with old (and new) friends. As a GM is where I get my most joy from RPGs.

At a young age I was attracted to writing and drawing. I would imagine myself writing novels with illustrations. With time I discovered that I had no patience for writing. When I discovered D&D it all became clear to me. I could write, draw maps and I would have a captive audience as long as the world I presented was engaging.

I also DM because it is a social activity. I like meeting on regular basis with the same people to play. VTT is okay but I prefer the ritual of going to someone's place or having players come to my place to play D&D.

I DM because I don't like to be a player. DMing means you are «always on» and I really enjoy that a lot.