Fantasy role-playing games, like the Star Trek television series, can sometimes suffer from a lack of differentiation between humanoid species with only slight tweaks to their appearance. 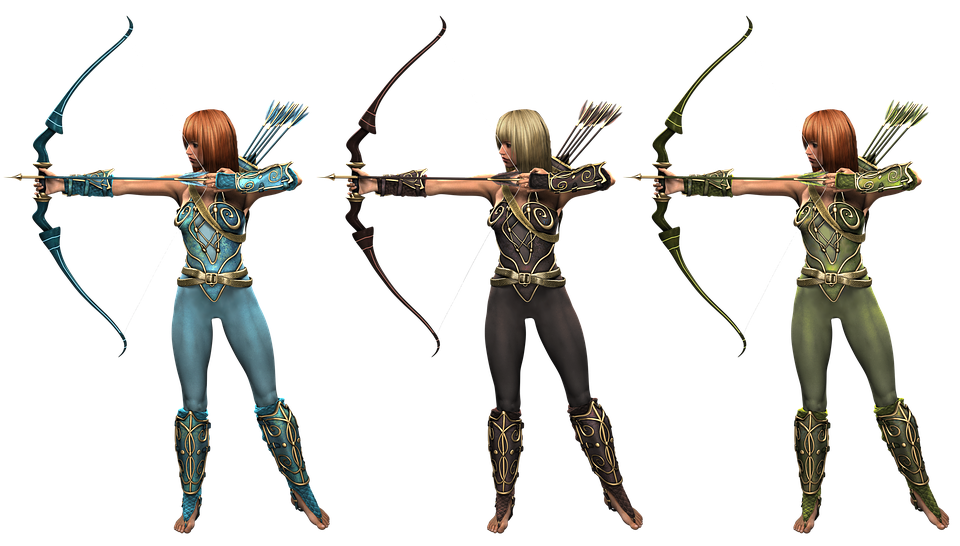 From Go to Risk​

Fantasy role-playing games can suffer from a plague of the notion that everyone must be the same. Humanoid species—dwarves, elves, halflings, etc.—are often just funny-looking humans. Alignment becomes a convenience, not a governor of behavior.

Consider games that have no differentiation. All pieces in the game Go are the same and can do the same thing. That’s true in Checkers as well until a piece is Crowned. And all the pieces in Risk are armies (excepting the cards). Yet Go and Checkers are completely abstract games; and Risk is about as abstract as you can find in something that is usually called a war game. One defining feature of abstract games is that they have no story (though they do have a narrative whenever they’re played). They are an opposite of role-playing games, which have a story whether it’s written by the GM or the players (or both).

Differences become more and more important as we move down the spectrum from grand strategic to tactical games and as we move to broader models. Role-playing games like Dungeons & Dragons are not only very tactical games in combat (“skirmish games”), they’re usually meant to model a life we think could exist, though it does not, just as most novels model something we think could happen, in certain circumstances (the setting). As such RPGs encompass far more than an abstract or grand strategic game ever could.

The same applies to RPG species. The appeal of RPGs is that species are not the same, dragons are not like goblins, who are not like hellhounds or even hobgoblins, one species of aliens is not like another and not like humans, and so on. Having species that are different, even if they are humanoid, is a shorthand means of giving players an easy means of creating a character.

When it comes to humanoids, species differentiation doesn’t necessarily mean statistical bonuses. From a game design perspective, designers generally want sufficient differentiation to give players an opportunity to implement their strategies. (I’m not talking about parallel competitions, where players follow several “paths to victory” determined by the designer; players are then implementing the designer’s strategies, not their own: puzzles for practical purposes.) At the same time games should be as simple as possible, whereas puzzle-games may be more complex to make the puzzle harder to solve.

If statistics alone don’t differentiate species, then the onus shifts to the game master to make them culturally more nuanced. This goes beyond characters to include non-player characters. Monsters, for example, are more interesting when they’re not close copies of one another. Keep in mind, an objective for a game designer is to surprise the players. Greater differentiation helps do that, conformity does not.

On the other hand, one way to achieve simplicity is to limit differentiation. Every difference can be an exception to other rules, and exceptions are the antithesis of simplicity.

Alignment-tendencies are another means of differentiating species. Alignment is a way to reflect religion without specifying real-world gods, but even more it's a way to steer people away from the default of "Chaotic Neutral jerk who can do whatever he/she/it wants.” (See "Chaotic Neutral is the Worst") Removing alignment tendencies removes a useful GM tool, and a way of quickly differentiating one character from another.

Keep in mind, any game is an artificial collection of constraints intended to provide challenges for player(s). Alignment is a useful constraint, and a simple one. On the other hand, as tabletop games move towards more a story-oriented and player focus, species constraints like attribute modifiers and alignment may feel restrictive.

Removing these built-in designs changes the game so that the shorthand of a particularly species is much more nuanced … but that means the game master will need to do more work to ensure elves aren’t just humans with pointy ears.

Your Turn: How do you differentiate fantasy species in your game?
Last edited by a moderator: Aug 13, 2021
Click to expand...

Hand of Evil said:
In a way this was explained in Stargate SG-1 when Thor told the Team why they were asking the humans for help with the replicators, to provide solutions outside the box, it was beyond the Asgard to think of things like guns being effective weapons. They had limited imagination. There was a book (don't remember the title) back in the 70's that sort of had a theory; That the greater the technology, the more it became defeated by primitive means. Now, I think it some how relates to the universe being a Hologram, races using AI to be creative and find solutions to problems they maybe facing.
Click to expand...

Well, that's a very Wellsian approach to the genre. Or, at least, what has become known as the Wellsian approach anyway. That technology and advancement is not the solution to the problem, but, rather, things like heart, or pluck or whatever you want to call it, triumphs over science. Thus the Martians are defeated by bacteria when all the science of humanity was useless.

Heh, I'm really the wrong person to talk about this because I really don't like Wellsian SF. I can't do it justice. I do know that there are some fantastic SF stories in the vein though. The Cold Equations (the short story by Tom Godwin) that the Netflix movie, the Stowaway is based on, is a great story of this type. Not typically to my taste, but, I can recognize the artistry of it.

Sorry, this really is a tangent to the topic. I suppose, if you were to apply it directly, a Wellsian "alien" would typically be much more "alien". Although, even then, not really, because all those SF stories that you read or see where the character becomes hyper intelligent, and thus a "threat" and is defeated by the "lower intelligence" twin/clone/copy/whatever through pluck and gumption fits this story type. Again, as I'm writing this, I realize that I am SO not the right person to talk about this.

I think it is interesting to note the difference between "race" and "culture". In my current campaign, the Three Kingdoms are generally a cosmopolitan area of the world, because of shared strife and holocaust, and "the entire rest of the world is out to get you". In any city, you see beings of [PHB races] in a shared culture. And yet, there are still dwarf clans living under the mountains in all-dwarf settlements; there is still an all-elven "kingdom" (barony, officially) in the heart of a large thick forest in the western kingdom. These locations have a different culture, and are very much not cosmopolitan, despite being part of the Three Kingdoms.

If a PC plays an elf from a city, they are part of that greater Kingdom culture; if they are from the Barony of Alfendel, they are part of the "Elven culture". But they are still +2 DEX, advantage against charm spells, and can't be magically slept. (weapon training is... cultural!)

The rest of the world is sparsely inhabited by "The Tribes", all goblinoids (loosely defined or reskinned) from "goblin" to "stone giant", and this was their world before the Invaders (Kingdomfolk) came. They are contentious and fractured and self-destructive like Earth humans... but band together (reluctantly) to fight the Kingdomfolk. Individuals are as varied as Earth humans - in fact, the party is currently working for the "BBEG"'s lieutenant on his personal sidequest, all cultural differences aside!

If you're interested in how a society with monsters would operate, may I recommend Monster Girl Doctor??

Sorry, @MichaelSomething, but, that one's not available too.

Hussar said:
Sorry, @MichaelSomething, but, that one's not available too.
Click to expand...

Curse you region block!!!
Luckily, I know another video that can give good advice on fantasy races!

MichaelSomething said:
If you're interested in how a society with monsters would operate, may I recommend Monster Girl Doctor??

I could see the link, watched the series and am now thinking about how to incorporate a series of medical adventures in to D&D

MichaelSomething said:
Curse you region block!!!
Luckily, I know another video that can give good advice on fantasy races!

why do you also watch that guy?

D&D 5E What kinds of design space is there in alignments?
2 3