Alice is Missing is a 'Silent' Roleplaying Game

Launched today on Kickstarter, the RPG Alice is Missing is designed to be played entirely by text message. It describes itself as "a silent role-playing game about the disappearance of Alice Briarwood, a high school junior in the small town of Silent Falls." 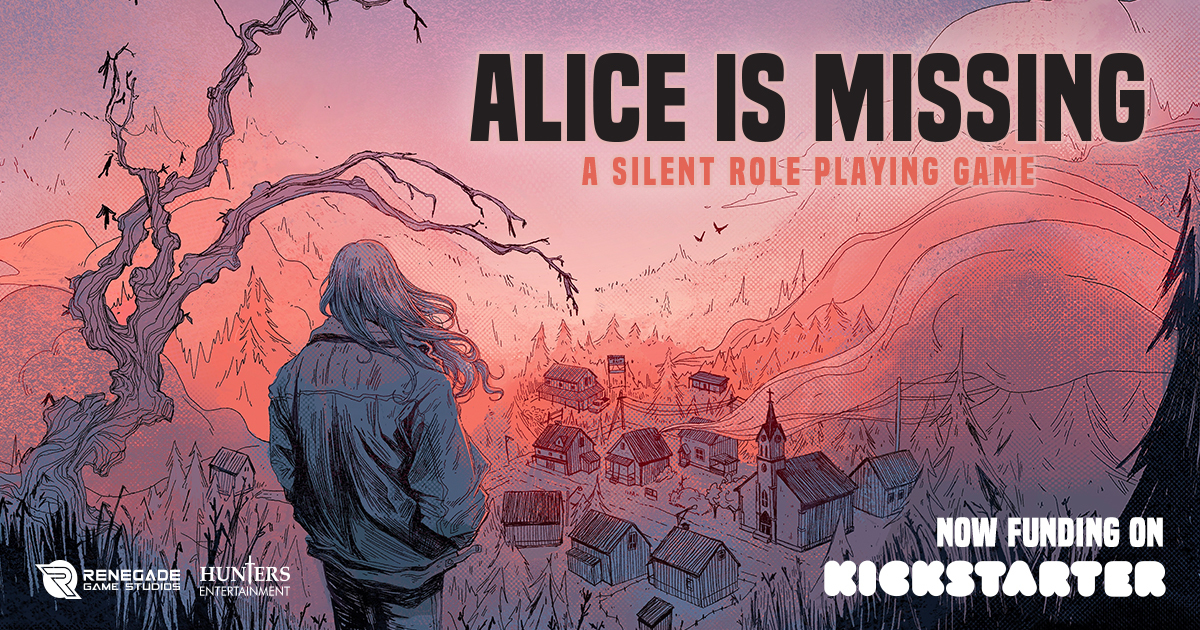 The game is played live and without verbal communication. Players inhabit their character for the entirety of the 90-minute play session, and instead of speaking, send text messages back and forth to the other characters in a group chat, as well as individually, as though they aren’t in the same place together.

The game is by Hunters Entertainment (Werewolf 5E, Altered Carbon, Kids on Bikes) and Renegade Game Studios. $10 for the PDF, $20 plus shipping for the print, $40 gets you the Roll20 version too.

Aleena died for your sins.

Personally, I will wait for the Second Edition, when you can only use emojis.

Supporter
That sounds like a very cool idea. I'd love to give it a spin. An interesting idea for these days of socially isolated gaming too.

Could this title to be adapted into a videogame?

LuisCarlos17f said:
Could this title to be adapted into a videogame?
Click to expand...

I think the gimmick would probably work better as a videogame.

LuisCarlos17f said:
Could this title to be adapted into a videogame?
Click to expand...

What is it with you and video games?

Way too dark and close to home for me.

I think in a future lots of TTRPGs franchises only will survive as videogame adaptations. TTRPGs and videogames are like comic publishers next to Hollywood cinema studio producers.

I'm currently in a play by Discord post game, and also running one. This absolutely can work. I'm curious exactly how this game approaches it with that format specifically in mind as the intended experience.

There's an entire card aspect that I'm not sure how that would be implemented with people not in the same room... I guess you could play entirely on Roll20 and just use the chat feature?

Supporter
I have been waiting to see invintive RPGs that use our constantly connected world. Something between play by post and VTTs. I don't think there is a dice roller built into android's or apple's messengers but that seems like its something that could easily be over come.

Tonguez said:
I think the gimmick would probably work better as a videogame.

This just reminded me of Lifeline, an older phone RPG where the story and interface is just sending text messages, in real time, back and forth to an astronaut stranded on the moon.