D&D 5E And the award for "Best Improvised Weapon" goes to....

AcererakTriple6 said:
I had a Goliath PC use a halfling PC to bludgeon some goblin raiders to death, so pretty much the inverse of that scenario.
Click to expand...

I'll add to the list of "living weapon" stories. The PCs are in a boat going down the river when they're attacked by humans in canoes. The cleric casts water walk, haste, and enlarge person spells on the half-orc barbarian, who then goes leaping over the side of the boat and racing across the water towards the nearest canoe. He grabs up the first two people in the canoe by their ankles and starts dual-wielding them as clubs, smashing them into their companions and their canoes. The barbarian's player even improvised the reaction of one of the "makeshift clubs," having him call out to the rest of his group of ambushers: "I HATE MY JOB!"

"It's the only way to fight a cold." Thought technically, I give Alfred the win on that one.

My nominee comes from the Kingmaker-style game I'm in right now where we have a pair of half-orc brothers. One is pretending to be a priest of Kayden Caylen but is actually a rogue. He has the improvised weapons tree and uses it to wield an iron flask full of holy booze has his 'holy symbol'. The other is a bodyguard fighter and is so devoted to my heir character's vision of a drunk and happy utopia that his primary weapon is our flag. As in the whole pole, which we've paid to have silvered.

But it gets better.

During the main exploration phase, he decided to go fishing but didn't want to disturb my mad science alchemy session to ask for my block and tackle. So he naturally went noodling (meaning jamming his fist into underwater nests to get it bitten by wide-mouthed fish). He was attacked by a giant crawfish at just the moment that he successfully noodled.... AN ELECTRIC CATFISH. He then proceeded to use said catfish to electro-punch the giant crawfish to death.

We ate well that night.

Fauchard1520 said:
At my own table, the award went to comic related. The clever monk thought to ask what manner of food was filling up the vampire's banquet table. The vamp got "steaked," and we lost our collective naughty word.

Can you do better? What is the best improvised weapon you've ever seen in play?
Click to expand...

Best I have seen is a goliath barbarian in rage swinging a goblin at other goblins. Yes he missed out on his proficiency bonus, but he got to roll damage on both the weapon goblin and the target goblins.

Halflings or any other race smaller than your. 2E Half Giants get a big advantage.

I had a Oath of the Ancient Paladin that used a flail as a weapon, which I flavored as just being a big rock at the end of a chain... but I don't think that counts? If I were to remake the character I would go for a big branch from a tree struck by lightning or something.

Supporter
Beating a dude with another dude so you have 2 corpses and no murder weapon? chef's kiss Perfection.

Zardnaar said:
Halflings or any other race smaller than your.
Click to expand...

In a Rifts game, my burster went several rounds of trying to control a fire elemental, and failed every roll. Frustrated, I turned my attention to the gargoyle. I discovered that it was immune to fire. So I fired my little "pew, pew" laser at it. Roll a natural 1. GM tells me that my gun started to make high pitched whine that was increasing in frequency, like it was overloading.

I look at him, and I'm just mad and frustrated at having gone the entire fight without successfully doing anything. "I throw it at the gargoyle. Screw it. I throw it at his face."

And I rolled a nat 20. The gun detonated about two feet in front of the gargoyle's nose. I blew his head clean off.

In a d20 modern game we were a bunch of people blackmailed into doing a secret small supposedly government x-files thing.

At one point we were going after a small heavily armed black ops murderous mercenary group that had captured and were doing experiments on an alien and we had tracked them down to a garage in a run down part of the city they were using as a front. From our assets we got a peak inside and saw their setup and guards in the empty garage and the defensive choke point of the entrance and front office. The mercs had body armor and assault rifles and grenades.

The rest of the party was stuff like an ex-army sniper, an occultist with real magic, a heavily armed cop, etc. I was an Anglican priest/unintentional monster hunter with a cleaver from my steak knife set and a 10 str, the only party member with no guns or gun training and my non magical wisdom class was not combat oriented.

The rest of the party planned to go in the front door assault style, knowing with the outside security camera they would see us coming and with the choke point it would quickly be a dangerous firefight situation.

I asked the GM whether the garage door was one of those thin flexible metal roll down garage doors and he said yeah. So I came up with an alternative plan. After everybody got out of the SUV I was driving I made sure my seat belt was secure, got the SUV up to some speed and crashed through the thin garage roll down door and impacted two mercs with the front end of the SUV, taking them out. The rest of the party piled into the opening I had created and started the fire fight. One grenade being triggered on a bad guy (I think that was our telekinesticist but it was a while ago) and it was over pretty quick.

Yeah, I have to go with another pc too. So the dragon had killed all the characters except for the barbarian. He had broken his axe due to a fumble table. The dead dwarven fighter had a spiked helmet. The barbarian throws the body of the dwarf, spike first at the dragon and crits...

That's how you cure a cold.

Zardnaar said:
Halflings or any other race smaller than your. 2E Half Giants get a big advantage.

Though I hear bards make better javelins - “Flying through air, with the greatest of ease..”

My barbarian had to go to a fancy, outdoor garden social event at a noble's Estate. Mood lighting, pretty dresses and suits the whole shebang. Unsurprisingly, he got goaded into a public duel with a rival. There were no weapons allowed into the event and the rival knew this (he was a monk) which is why he chose to pick the fight against my character at that point.

Leading up to the party, the Carpenter's guild had been hired to build a stage and some other pieces for the party. My character is a member of the Carpenter's Guild - he also has Tavern Brawler. We managed to smuggle in some 'everyday' items that had been reinforced to withstand high impact.

My barbarian beat the crap out of the monk with a tiki torch.

Stormonu said:
Though I hear bards make better javelins - “Flying through air, with the greatest of ease..”
Click to expand...

My valor bard was modeled on a viking WWE superstar so living weapon flying bard had a different connotation. 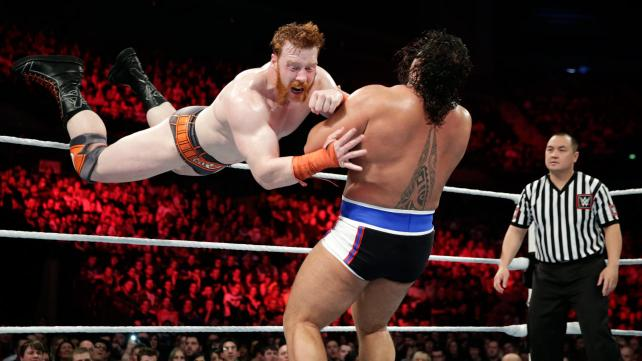 Iry said:
That's how you cure a cold.
Click to expand...

Such a great series.
Interesting note. The famous theme song for B:TAS was based on the old Flash TV show.

Not sure if this counts, but had a Druid with a Dire Bear companion that was spider-climbing shoulder-drop an enemy below it, from a distance of mere 10 feet. With the Dire bear weighing several tons, by 3E rules that was a 20d6 shoulder drop.

Drop Bear puts me in mind of Power Word Whale.

Back in 2nd Edition, we were fighting a dragon in a chamber that funneled down from a wide open space up top to a tighter area below where we were and the dragon would come down to engage us (before flying back up to where he had space to maneuver while breathing on us). My high-level druid decided to cast Conjure Animals at maximum HD, knowing that (A) the only animals at that part of the table were whales and that (B) the creature had to appear in a space large enough to fit it. So, as the dragon prepared to swoop down upon us again, a whale twice his size materialized above him, plummeted down onto the surprised dragon, and slammed both of them into the dungeon floor below at speed. The conjured creature died from the impact and vanished, but the dragon lay mangled with a broken back (as the DM ruled while on his side laughing) as the Dragonslayer-kit Paladin approached to put it out of its misery…

From 5E, one player made a wrestler who at one point used a barbell as a 2 handed improvised weapon.

My favorite of all time was from 2E, when I killed an orc with my own severed arm. The DM was using one of the cockamamie critical hit/miss charts popular at the time, and the orc had cut off my sword arm. The DM ruled the hand let go of the sword, which went flying across the combat. Lacking anything else, I picked up my arm and began beating the orc with it (taking penalties for using it off hand). It took me the rest of the combat, while everyone else was killing 1 orc a round, but it was impressive nonetheless

We were on the trail of someone or some thing which had been murdering people in the streets of this city we were in. Following the clues we ended up at an inn where we were set upon by the perpetrators of the murders. As it turned out it was a group of werewolves and having no magical weapons we were in a bit of a tight spot. Our dm used a story point mechanic where players could change a minor detail in the story/world and my friend asked if the candlesticks in the inn could happen to be silver. Thus we were saved by our paladin beating some werewolves to death with silver candlesticks in the inn that we claimed for ourselves afterwards