I see that the last update was 2 January of 2014, over 11months. I wonder how accurate is that list?

A tall dwarf walks into the Pearl and has a quiet word with the proprietor. A goodly sum of gold changes hands, as well as a promise to return in a few days.

A Southern Elf walked into the shop. A Southern Man greeted him, "A glorious day, for a mighty warrior returns at long last!"

Excess praise often did naught but make the humble Samad feel nervous, but he was rather impressed that this man he had only spoken to once or twice remembered him all the same, so he brushed it off. He desperately tried to remember the proprioter's name, but he was unable, so he looked at the plaque before replying.

"Esseiyyid Almar Ben Shawari, I have an affliction, that I was hoping you could help me with," He began, "You see, I am plagued with having too much money, and nothing to do with it!"

Almar laughed boisterously, "Ah Ha! Well my friend, I may have just the cure for your ills!"

The shop owner reached over to a rack where sat a number of belts. Choosing carefully, he pulled one off the end and held it before him, "If ill is what you are than this will make you as fit and hearty as a god, though..." His face darkened slightly, "...Perhaps as some more than others."

Samad certainly knew better than others that of which Almar Ben Shawari spoke, and nodded, "Aye, that would certainly be of great use, so how much are you looking for it?"

They haggled back and forth for a while until they finally reached the obvious middle ground of 4000, "And a magic stick of wood that will knit any wound!"

"I already have a wand such as that," Samad revealed, pulling out the rod of carved bone. Almar simply looked at it, before pointing out, "Ah, but this one is far fresher than that one, and will certainly last longer. Much better for long journeys, no?"

Samad could not dispute that.

Ending Funds: 531 GP
Maybe something situational will arise prior to next adventure that'll make me spend the rest of it...[/sblock]
J

A swarthy young man with the look of a southerner rushes into the Pearl.

"Late for a job, looking for some quick turnaround on a few things..." he says. The exchange is brief, as the man is uncharacteristically quick and direct with his words.

There seems to be a bit of a stumble when the adventurer and the shopkeep review the available amulets, but after a few smoother words, Ru convinces the shopkeep to release one in the back rooms stock.


Burning 1 DMC to get the amulet.[/sblock]

A red headed human walks in and walks directly to the scrolls. he searches thoroughly hoping for the best.

[roll1] <if first is found, then try for second


[sblock=ooc]
first roll is for summon monster 3, second is for a second scroll if the first is successful

At his first perusal, he thoroughly examines each and ever one of the scrolls. Not one, not twice, but three times. he is very disappointed by the look on his face.

Having internet troubles most of the day.

He goes back to the scrolls again and chooses one he saw earlier. He pays for it by trading a wand and coin for the scroll

An old man with a bushy beard shuffles quietly through the door. Everything in the shop moves and rattles as though made to dance by the wind that slips through the crack, only this continues for several moments even after the door is shut. The shabby fellow almost seems to glide across the floor as he ceases paying attention to what he is doing and forgets to maintain the appearance of a hobbling hobo whilst he searches the walls filled with magical items intently, in seach of something very specific. His eyes become electric for a moment as they light upon exactly what they search for. A massive pouch of platinum coin is dumped upon the counter and an electric blue rod is handed over to the old man who tucks it away on his holstered rod-belt to join his collection of rods already there.

He continues to look about, seeing what other trinkets might catch his attention...


He searches through the pearls but does not find one to his liking, however he sees a headband that gets his attention.


He then wanders to the rings to see if there is one to double his casting capacity, but sees none in inventory
Last edited: Apr 16, 2015

An Aasimar enters the Pearl with gold to spend.


He searches through the pearls but does not find one to his liking, however he sees a headband that gets his attention.


He then wanders to the rings to see if there is one to double his casting capacity, but sees none in inventory
Click to expand... 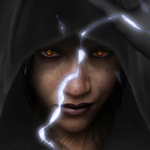 A shortish (for a human) cloaked figure walked into the room, yellow amber eyes peering through the cluttered shop, searching for things that might be of use. Eventually she approaches the proprioter and asks about a lengthy list of items, both magic and mundane. Her soft voice carried through the shop as she conducted her business, and only for a moment does she give pause as she is informed that a cold iron dagger was not available at the time. Shrugging nonchalantly, she paid for what was available and proceeded to slide all her purchases into her satchel bag and then quietly leave. 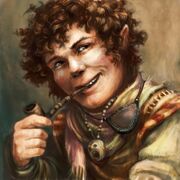 The self-proclaimed prince of all halflings takes a stroll down arcane row. First, he stops at a few adventuring outfitters and picks up a several odds and ends. He makes a visit to a simple weapon dealer and picks up a plain sword. Finally he makes his way to the legendary Pearl.

Taking a few minutes to stroll around, he jaw drops at the appalling price tags. Me thinks I'll have to save up a bit more to get some of the finer boutique items here! Finally settling on some healing potions, he squares up with the man behind the counter.

He makes his last stop at the Grand Stables of Venza, and his sense of smell is dutifully assaulted. Bearing down he makes his final transaction. He purchased a pig. No, a boar. Nope, a war pig. A war pig named Bacon. He gets some accessories fitting of the creature, and rides the swine back to the Dunn Wright Inn. Tying up the beast outside, he enters.

Devlin wanders the Mystic Pearl, gazing in astonishment at the many items that surround him. He wishes nothing more than to sit around and study each and every one until he is capable of understanding how they work down to the smallest detail, but alas time is short. He wanders around gathering items he will need in preparation for his next great adventure.


Current Weapon in Hand: None
Current Conditions in Effect: None
Used Items: None

Looking around the Mystic Pearl, Leira is a bit overwhelmed by all the choices. She takes a look around for a few things to help her in the future.

The plucky little halfling scurries back in, frantic in movement. "Excuse me mate, could you fetch me some better armor then what me has?" He trades in his plain chain shirt, for one of a much finer material and quality. "Thanks pal!" The money exchange is made and Francis leaves just as fast as he entered. 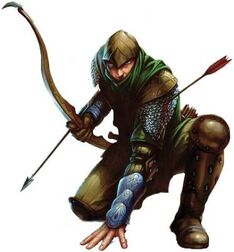 ​
Aradra enters the store for the first time in a while. He looks around, trying to figure out what he wants to get.

Devlin walks his way through town and eventually stumbles upon a clothing store. Upon entering he begins seeking out winter items to help him on his journey ahead.


Current Weapon in Hand: None
Current Conditions in Effect: None
Used Items: None

The Aasimar returns to the Pearl for some shopping before his voyage to a distant land.

Then he gets some other supplies.