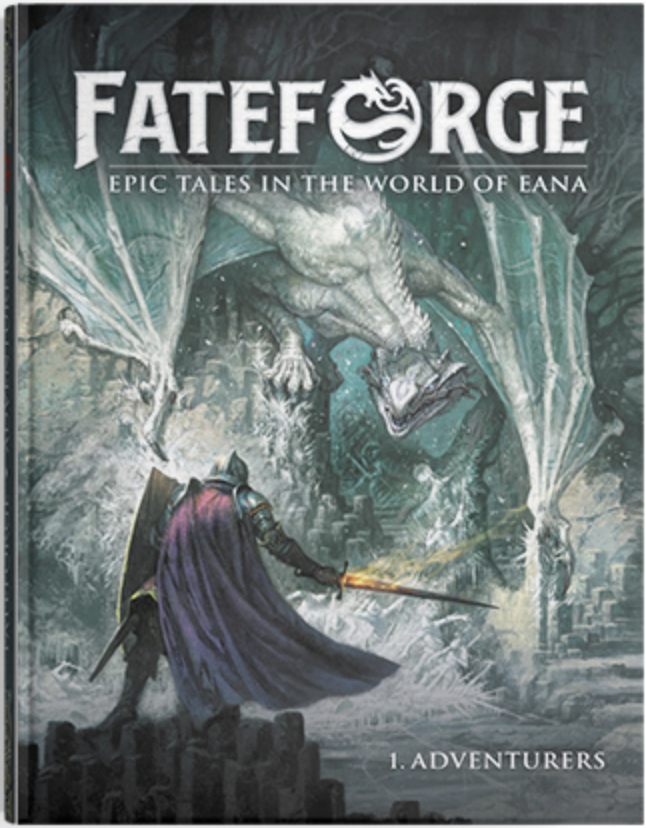 Developed by the creators of Shadows of Esteren, Fateforge shares the same world building approach of releasing a book or two at a time before the line is complete with five books. Which means you cannot actually play Fateforge in its entirety yet. The core book (recently given as a PDF to backers of the Shadows of Esteren kickstarter of seven years ago) contains the game rules and characters classes but no spells, monsters, or magic items. The game line is ambitious and by necessity incomplete to start.

However, since Fateforge uses D&D 5E rules a leader (GM) can use the D&D 5E books to run it before the other books release. Once all the books are released no other books will be needed to play, all the rules are included. Here is what the core book contains that might interest D&D and fantasy RPG players.

Characters are Fate-chosen, individuals who have levels in classes and related powers. Eighteen different civilizations produce a wide range of possibilities for starting Fate-chosen. Languages both spoken and written receive good attention and the beliefs and lifestyles of the various cultures get a brief overview.

A modular rule system uses symbols to denote rules that provide a certain atmosphere. Action puts the character’s daring do at the forefront and Fate-chosen could be admired and respected. Awakening covers whether casting spells is possible for a Fate-chosen yet. Dark rules cover horror, madness, and corruption and Fate-chosen likely are envied and even hated. Gritty rules create a more realistic and dangerous game such as restricting starting ability scores to 15 or less or using an optional wounds system. Intrigue ups the schemes and plots and Fate-chosen might be feared and mistrusted. Mystery covers the supernatural and arcane. For example, tieflings innate spells could be tailored based on their fiendish parent rather than being the same spells for all tieflings to make each tiefling more mysterious. Elusive magic randomizes picking spells and requires casters to have mentors.

Nine species are the same as in the Player’s Handbook but with many twists and new options. Dragonborn can try to activate an Ancient’s artifact with a Charisma check. Tieflings descend from demon or devil blood. Ten backgrounds include the animist, explorer, and recluse and include detailed rules for creating more. Over forty optional feats are also included. 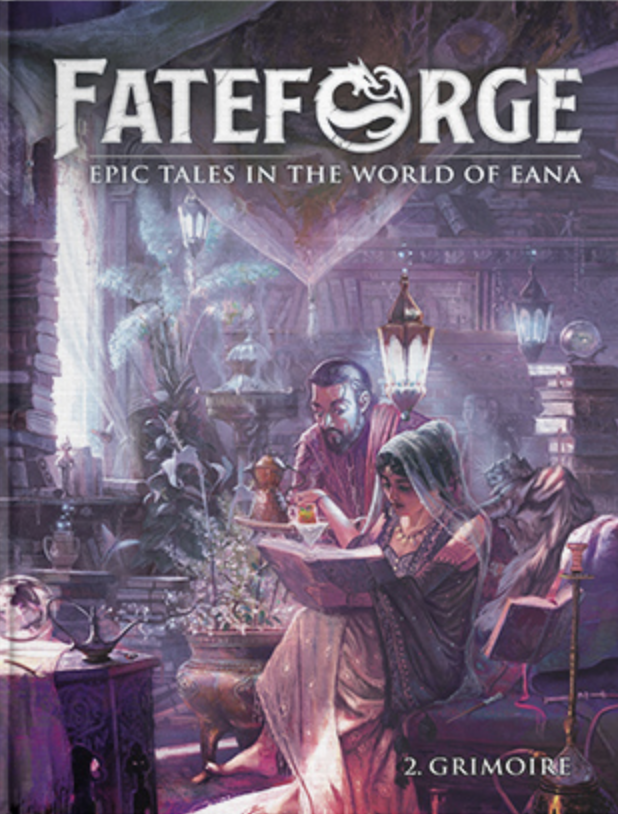 Classes are similar to those in the Player’s Handbook but with many new subclasses and rules like new domains along with a new class, the scholar. Scholars are experts in knowledge and include alchemists and mind-delvers (masters of insight and manipulation). Fighters can become bladebonded and make their weapon magical and sentient and capable of spell casting. Spellcasters can cast spells only after Awakening otherwise they have theory only to start. Spells are in the Grimoire, the second book. Starting equipment is picked based on background and from class and is quick to pick.

Even in chapters that duplicate many rules from the Player’s Handbook there are new and varied rules like fumbles, criticals for skill checks, and sudden death for gritty campaigns. If you run D&D then the Fateforge core rulebook offers many options. You can use it as an introduction to an entirely new world. Or you can cherry pick a variety of rules and world bits to add to your existing world. As long as you okay realizing the book does not cover all the options on its own, you can certainly find something to enjoy.

This article was contributed by Charles Dunwoody as part of EN World's Columnist (ENWC) program. Please note that Charles is a participant in the OneBookShelf Affiliate Program, an affiliate advertising program designed to provide a means for sites to earn advertising fees by advertising and linking to DriveThruRPG. If you enjoy the daily news and articles from EN World, please consider contributing to our Patreon!
Last edited by a moderator: Aug 13, 2019

C
Charles Dunwoody
Charles Dunwoody is not a robot and is willing to type tilted letters and numbers to prove it. He started playing and running RPGs with Advanced Dungeons & Dragons (before it was first edition) and is currently ten sessions in GMing Forbidden Lands. He wrote a few articles for Dragon Magazine when it was in print, wrote a bit more for Mongoose’s electronic Signs & Portents, and was paid for a supplement for Bulldogs! (d20 version) that was sadly never published. Currently, he freelance writes including articles for EN World. He also camps year round, backpacks, and canoes when not reading and writing. Charles is a participant in the OneBookShelf Affiliate Program, an affiliate advertising program designed to provide a means for sites to earn advertising fees by advertising and linking to DriveThruRPG.

So happy with this fresh French take on the 5th Edition Dungeons and Dragons system.

I'm VERY curious about this. What's the timeline for the releases, do we know?
C

Fateforge was available at Gen Con and is on Drivethrurpg as a PDF: Fateforge - Player's Guide - Agate RPG | Fateforge | DriveThruRPG.com

Does anyone know whether or not with the modular design that you can add in a more active combat/defense system. ie; a dodge/parry/block sort of mechanics system.

There doesn't seem to be a whole lot in that regard looking at the core rules. There is a new action called Incite that calls for a Wisdom save on targeted creatures with a DC based on your charisma. Used for "deterring a discouraged opponent from fighting on, convincing indecisive creatures to join your side, unsettling enemies after a particularly impressive feat of arms, befuddling a suggestible person, pleading for mercy, etc".
V

Is Eana the same world as in the Shadows of Esteren game?

That sure would be nice.
C

It has dodge but I didn't see anything new.
C

vivsavage said:
Is Eana the same world as in the Shadows of Esteren game?
Click to expand...