I think it was my best one yet. Each supermarket here has an in-store bakery so fresh bread with no preservatives is good early in the week.

Nothing to exciting tonight chicken pita kebabs with jalapeno hummus. It's strong and very spicy.

A bit smoother and authentic to how my Arab friend makes his hummus vs our other store bought brand. 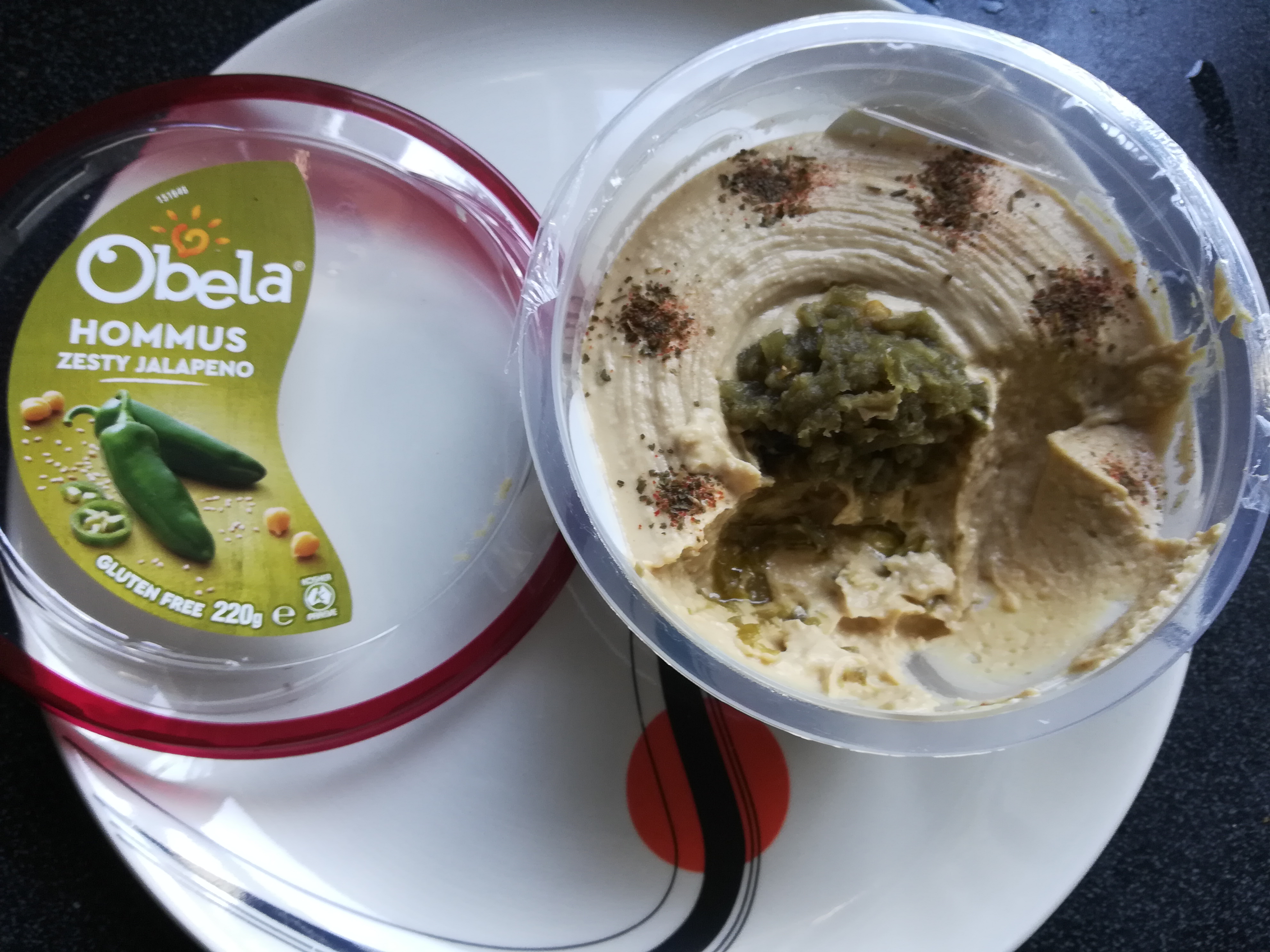 Dies baking count? There's been panic buying as due to heavy rain the main road and a bridge got damaged.

My emergency Covid supplies are a bit dated so a month after the best before I made some bread. 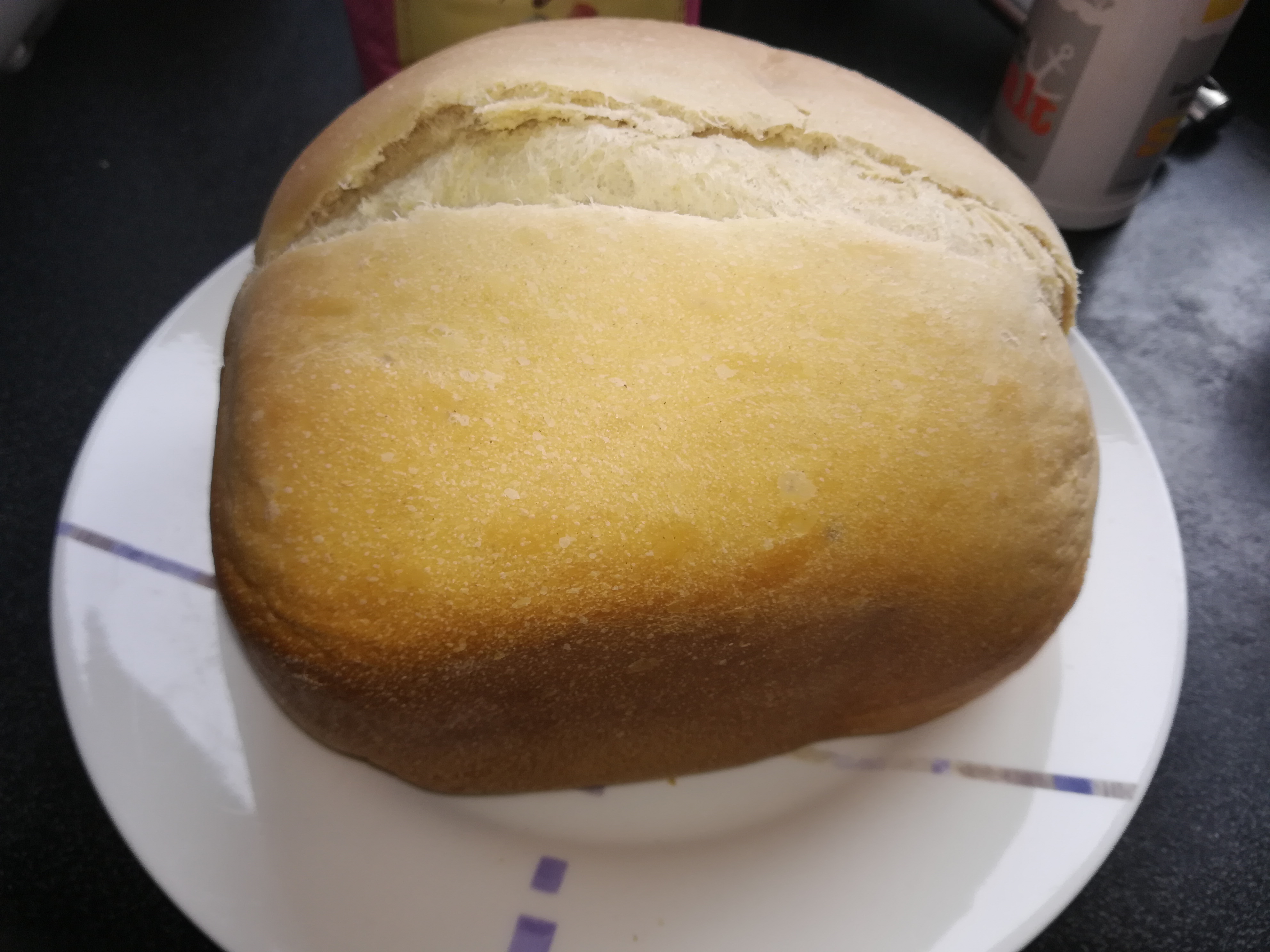 Staff member
Baking counts to me, at least.

Looked good- how did it taste?

Dannyalcatraz said:
Baking counts to me, at least.

Looked good- how did it taste?
Click to expand...


Didn't eat it baking another one. I gave it to the neighbours.

I have a lot of flour, yeast and milk powder to use up ASAP.

Next load rocked. I cut it while hot out of the bread machine.

I'm not very patriotic when it comes to NZ food we make some things really well but other stuff eh. Our normal beer is meh and I prefer Aussie wine for example.

Stuff we do well though tends to be anything fruit related so the jam (jello?) rocked. Hot soft and fresh with slightly crunchy crust that was hot. Kitchen smells amazing.

Think I'll make a wholemeal loaf tomorrow and incorporate it into dinner as I'm thawing out some chicken.

Staff member
A good bread with a good fruit preserve/jam/jelly is an oft-overlooked indulgence. Sometimes, it can be improved with a smear of butter or a soft, creamy cheese.

Hmmmmm... I have some french bread medallions, cream cheese and some mayhaw jelly and cherry preserves. Perhaps, tomorrow.

One if my players didn't check the messages so he joined us for dinner. Bit more upmarket than our usual joints.

Wife had a Caesar salad. Best one I've tried. I just ordered the steak as I wasn't brave enough to try anything else. 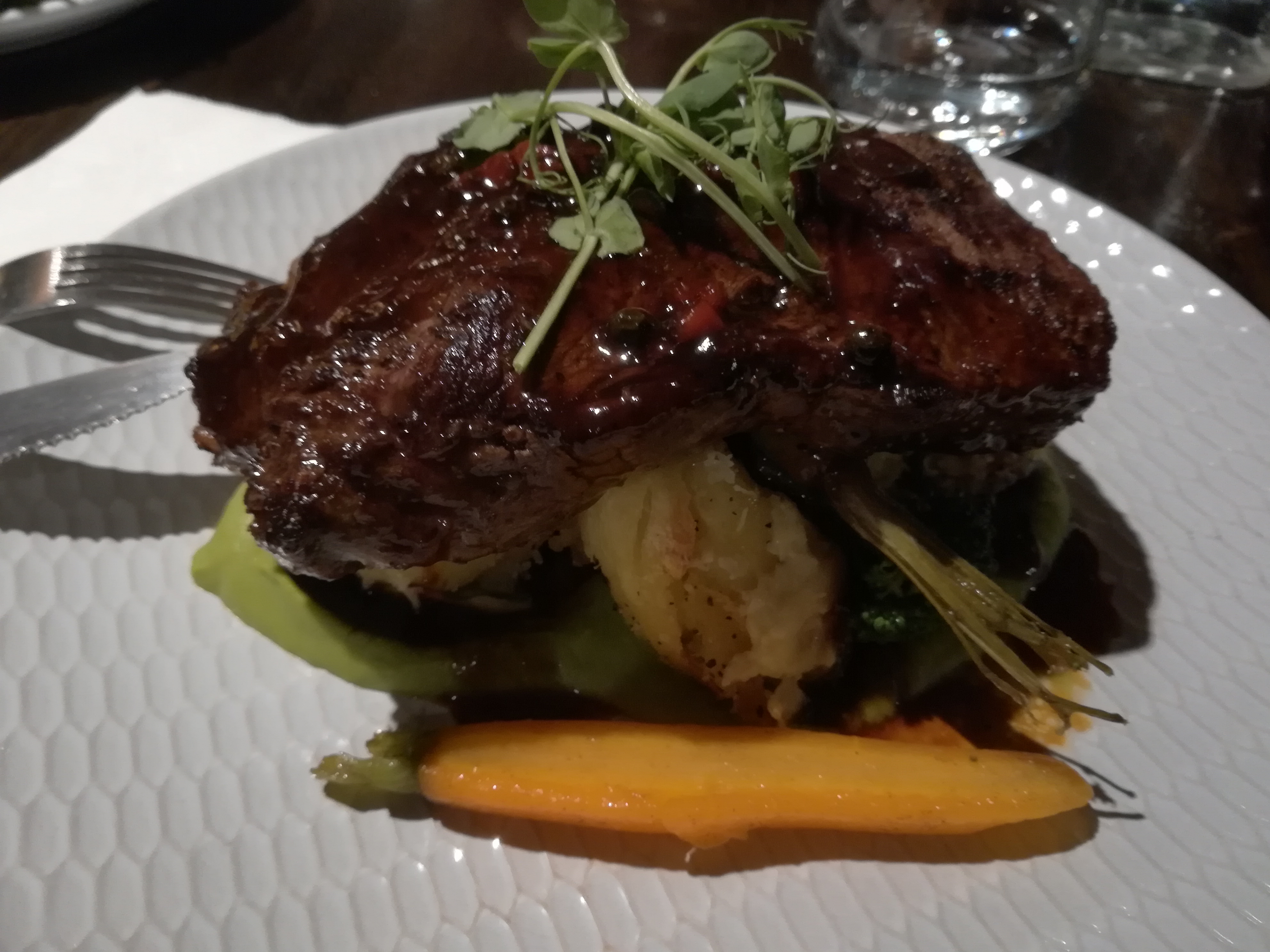 The steak was nice slightly undercooked vs what I ordered but it's a preference not requirement. Came on a bed of vegetables including mashed avocado.

Mate ordered finish of the day which was Orange Roughy. My beer was named after the fish. Managed to try a sample with tartare sauce and it was delicious and I'm not a big fish fan. 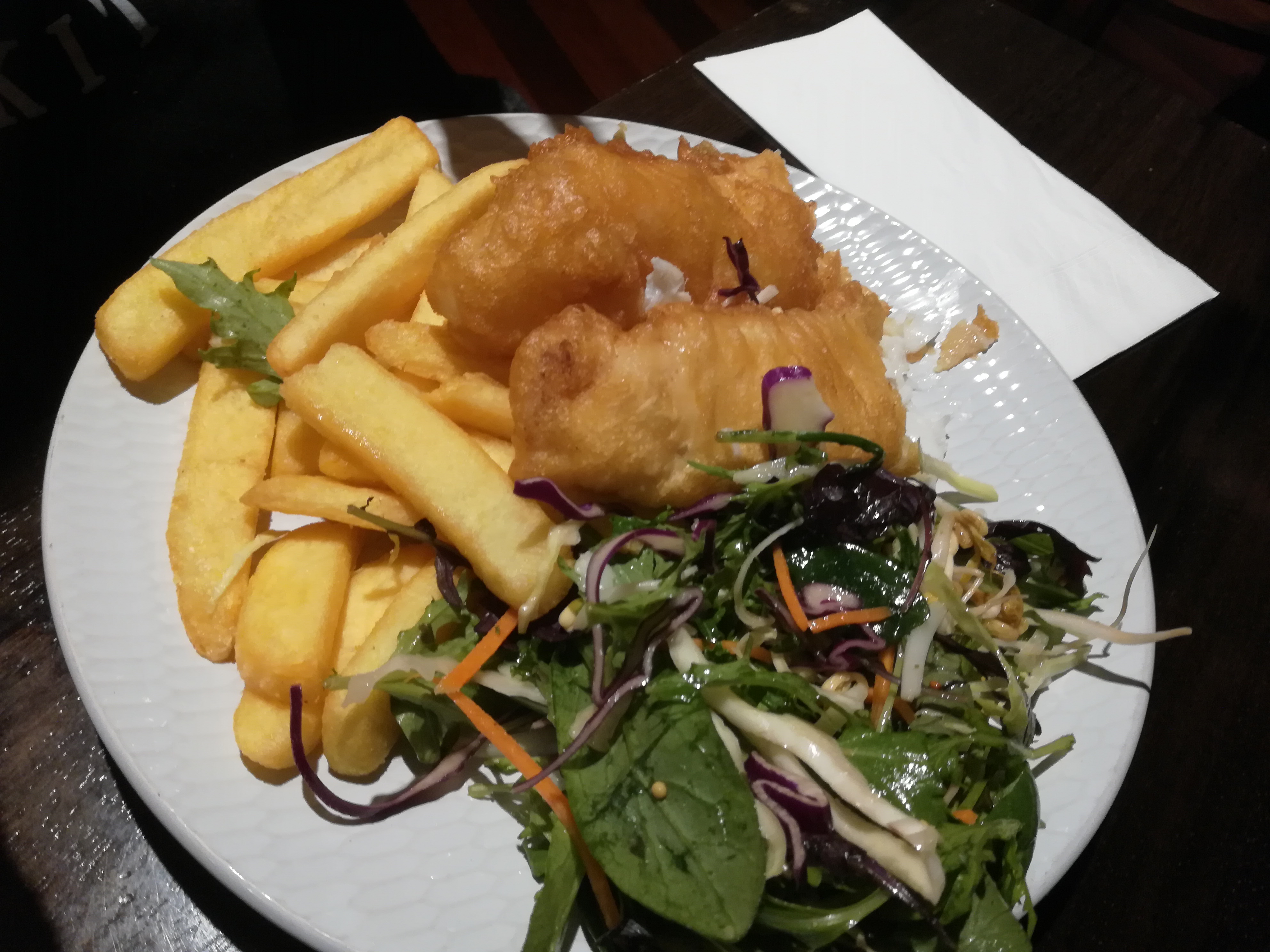 Probably give the steak and fish an 8.5 with the chicken a 9 as it's one if the best we've found.

The desserts were amazing. I took a punt on a chocolate marquis. Had no idea what it was but it came with plum ice cream. NZ ice cream is amazing. 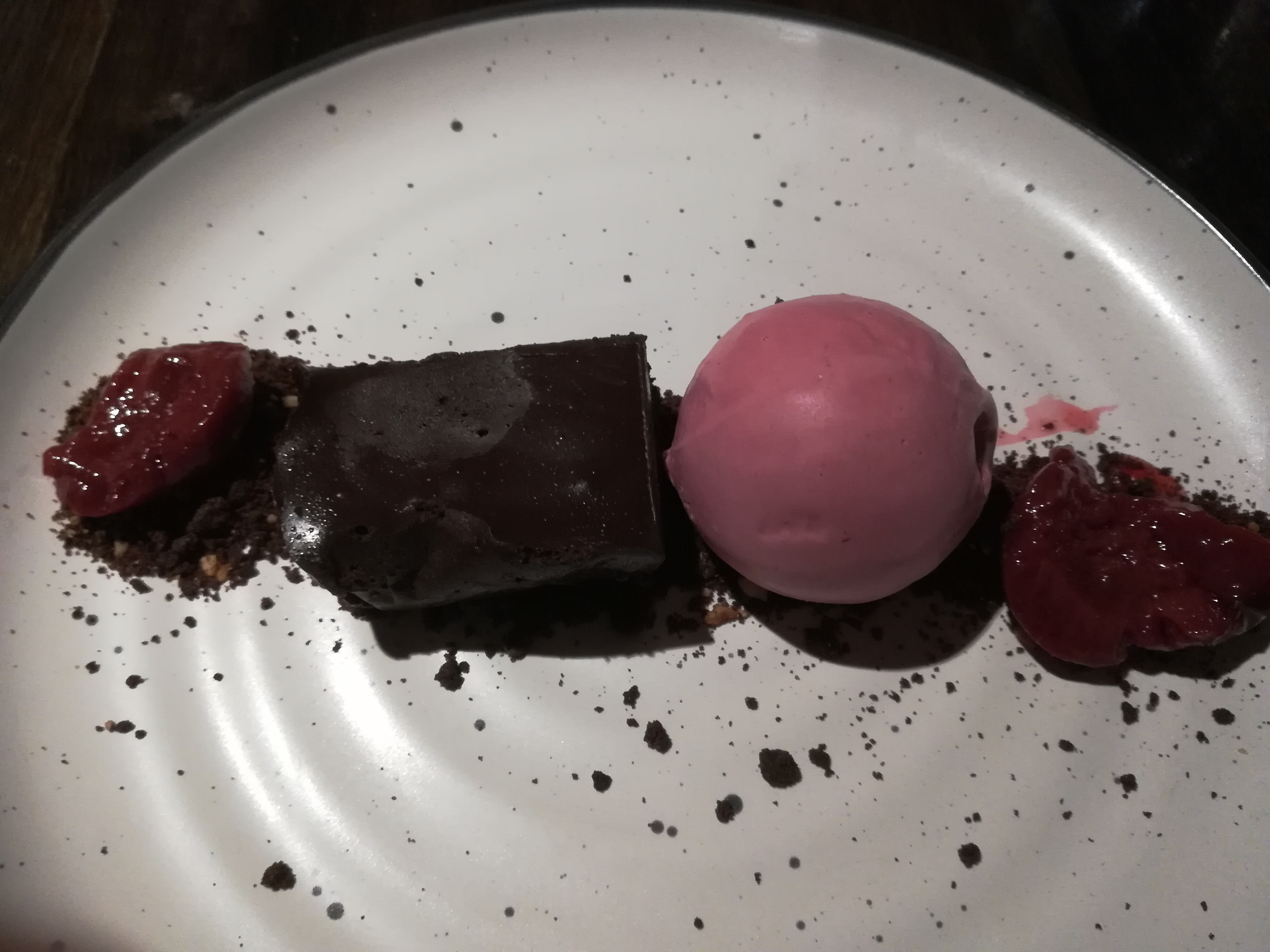 Same ice cream I had with mum as she was dying from cancer. As I said a bit more pouncy than our preference but I loved it. Wasn't to sweet and plum was a bit tart as it had a bit of fruit pulp or something on the plate as well.

Wife ordered her favorite of sticky date pudding. They're a bit hit or miss but this place piked in the caramel sauce. I prefer the "cake"part myself. 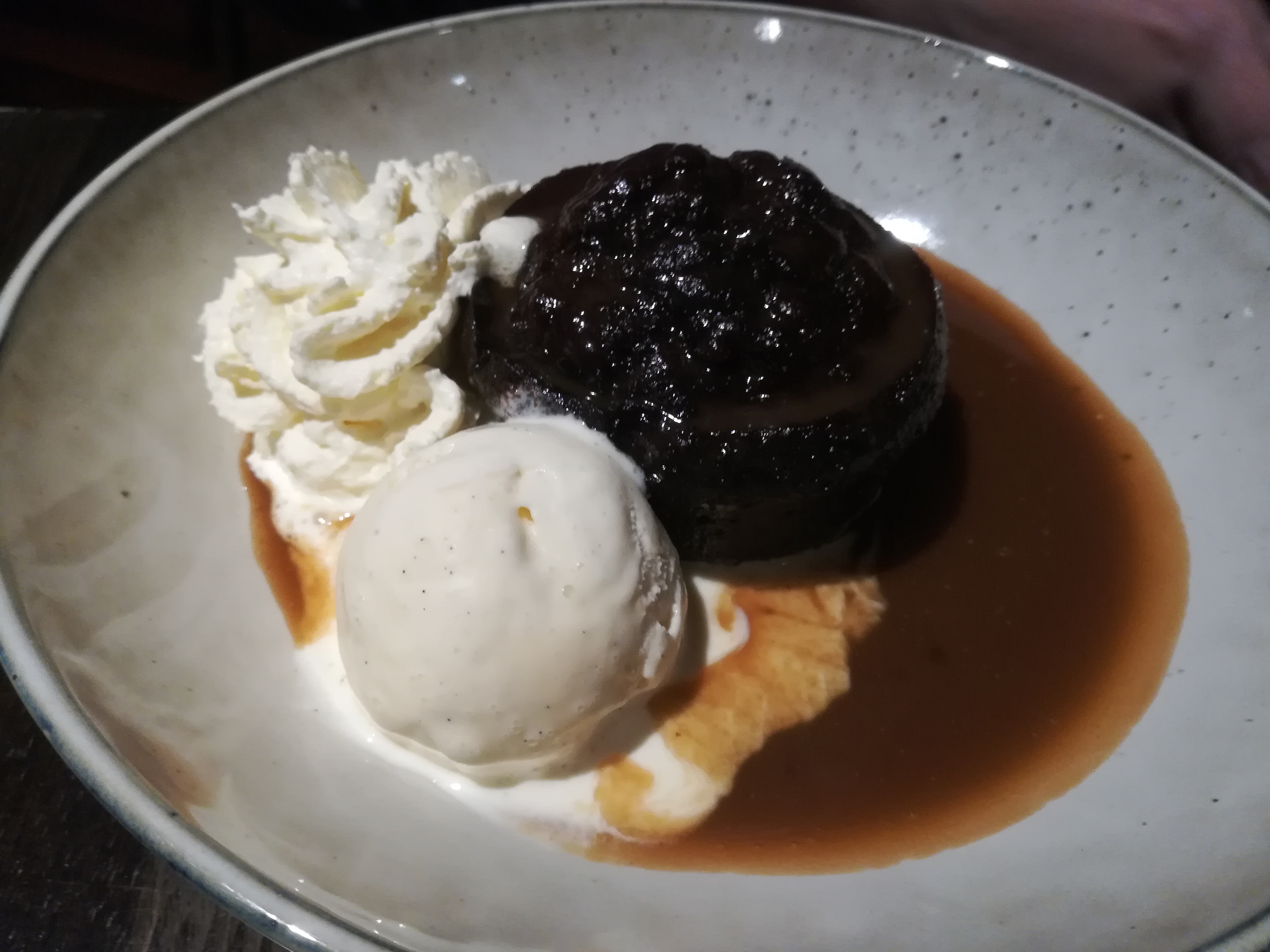 Probably give both desserts a 9/10. The sticky date was the best I've ever tried and as far as that dessert for 9.5 or maybe 10/10. The round bit the size of a muffin or cup decent sized cupcake.


We have a dairy here (dairy=corner store) that has it.
Generally don't bother with imported ice cream and chocolate. Not a patriot when it comes to taste buds but it just tastes better.

You can get it at the supermarket it's a premium one.


I thought it was black forest eating it. Not sure if you guys use that term but it's basically chocolate and berry with biscuit/cookie chunks.

It wasn't super sweet or overwhelming. It's why I don't order the sticky date or caramel type desserts.

Part of breakfast this morning. 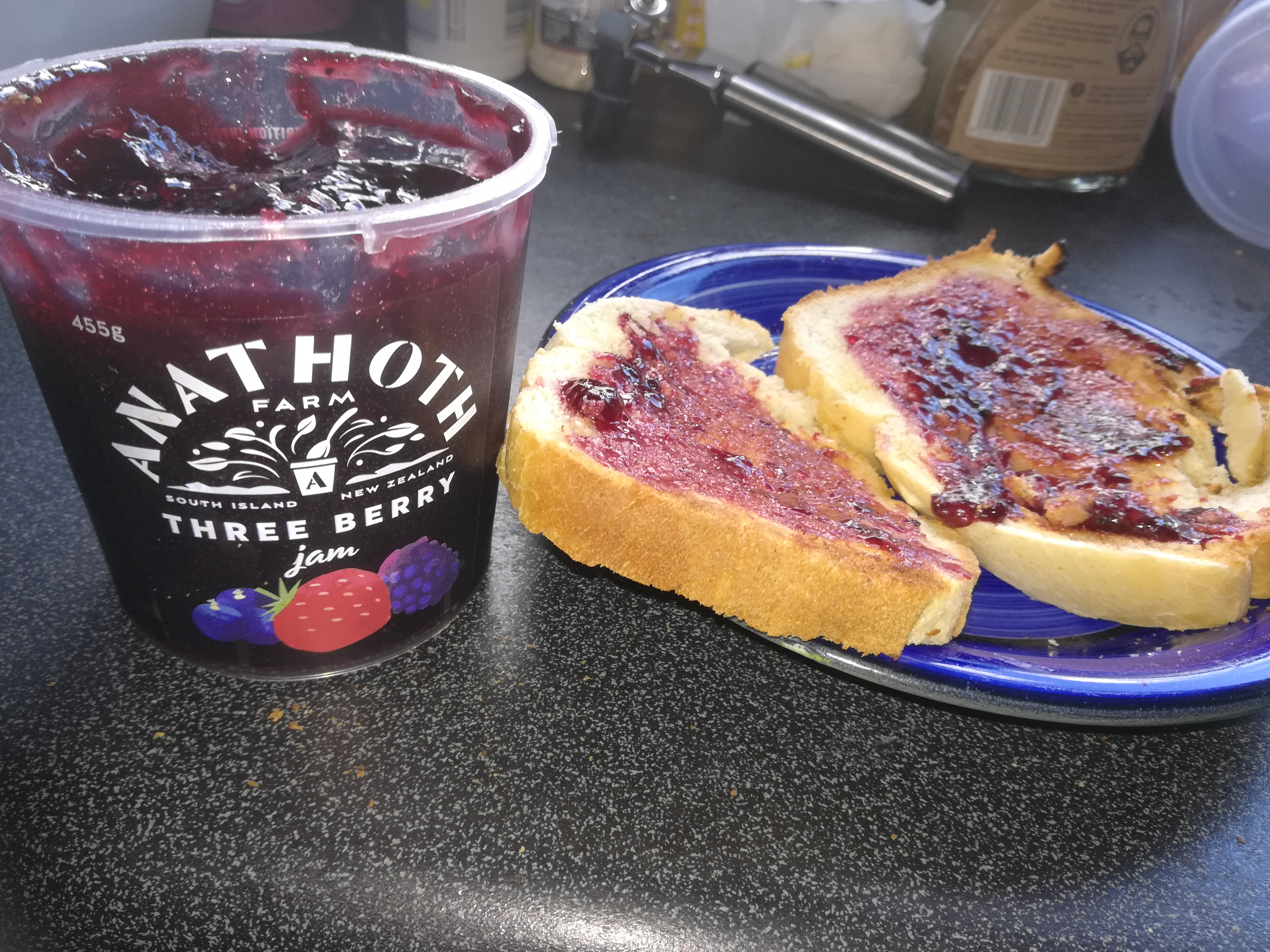 Softened some butter in the microwave and my home made bread with that jam I mentioned.
Last edited: Jun 3, 2021 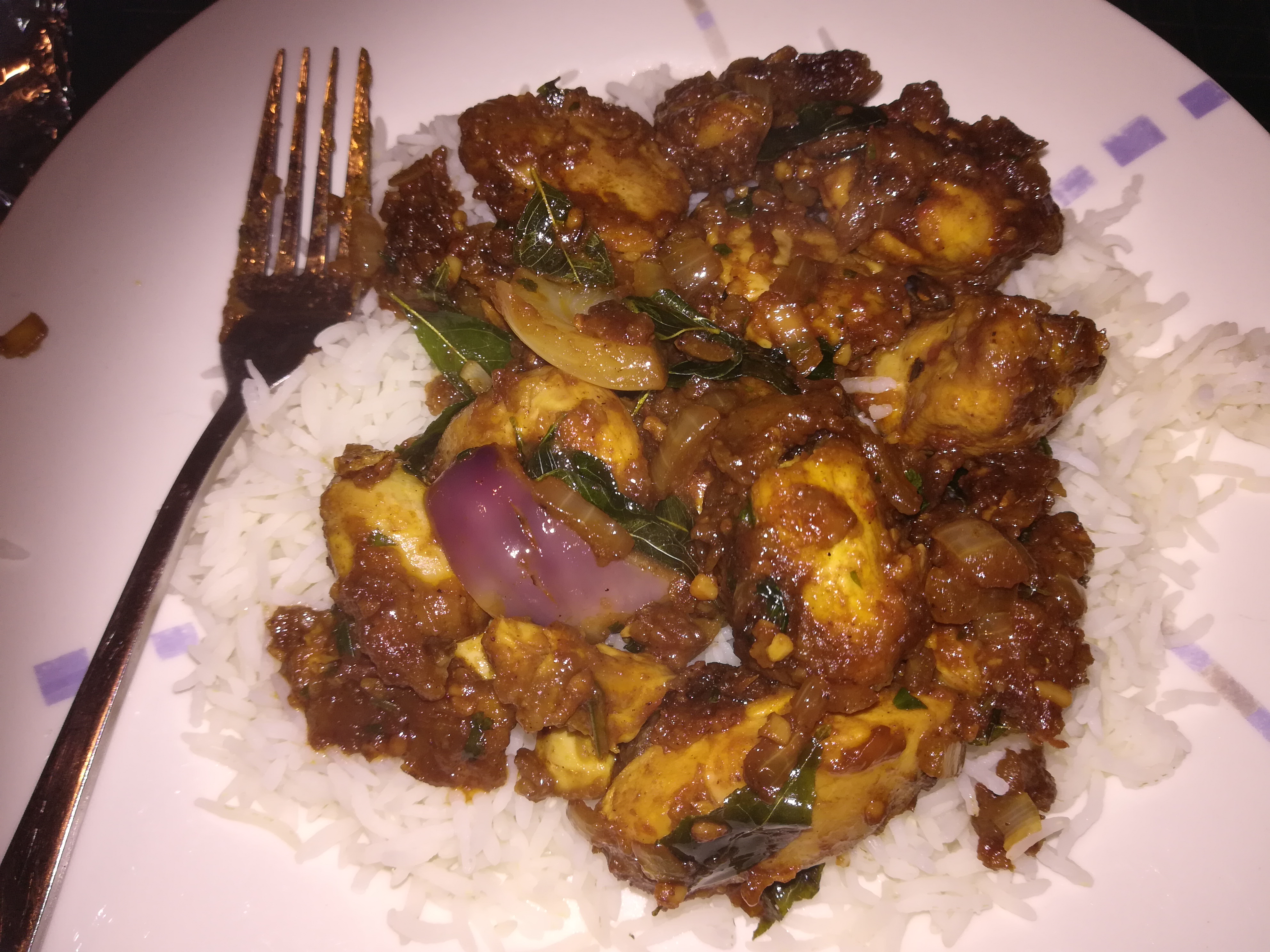 Chicken 65 some sort of Indian dish. It was glorious served with.... 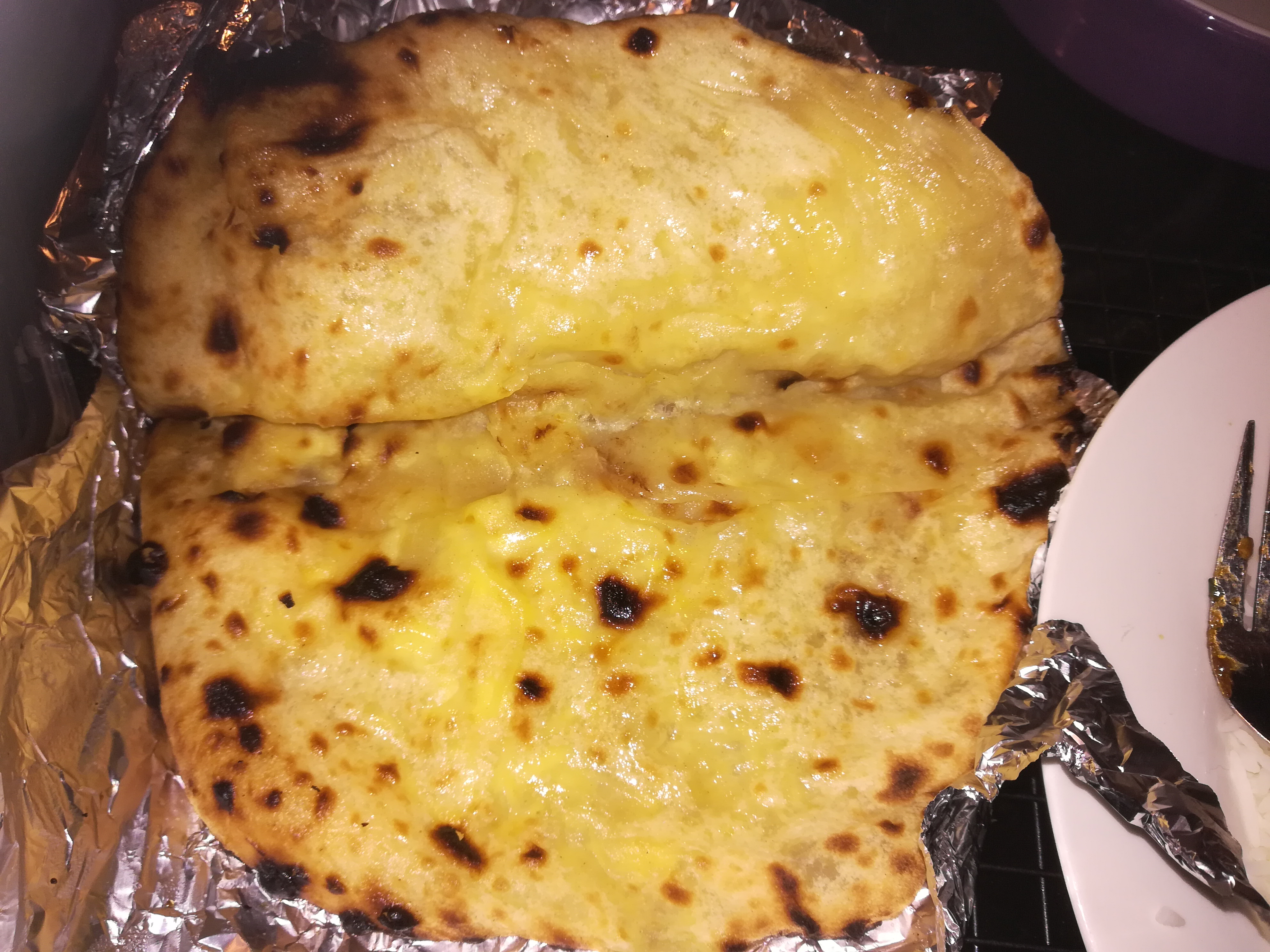 Cheesy garlic naan bread. One if the best Indian meals I've had.

Cooked this for my wife. Homemade bread, couple of slices used as a bed. 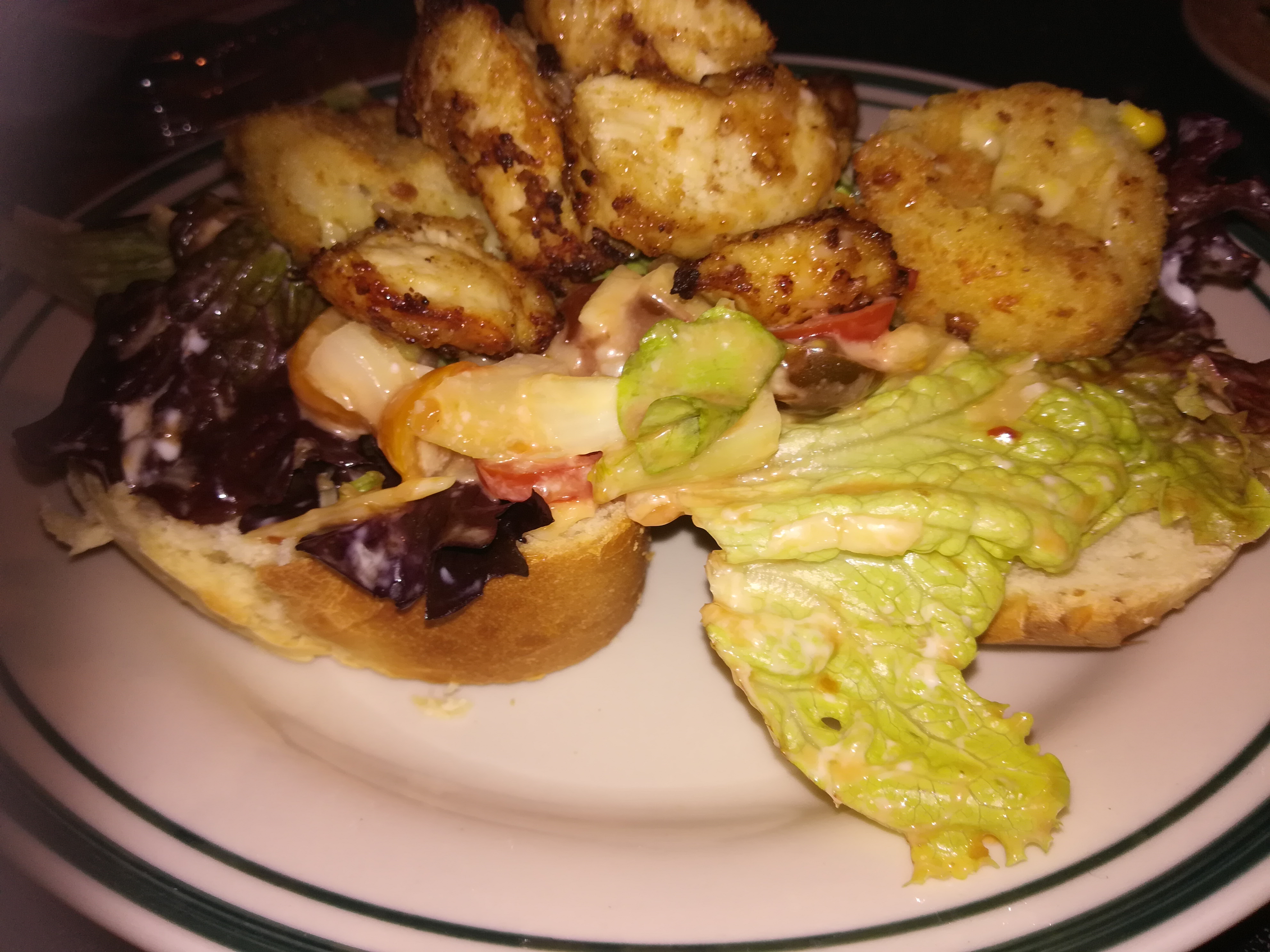 Went over really well and I enjoyed it. Bread was served about ten minutes after it was baked. Delicious.

And some teasing. New chip flavours. 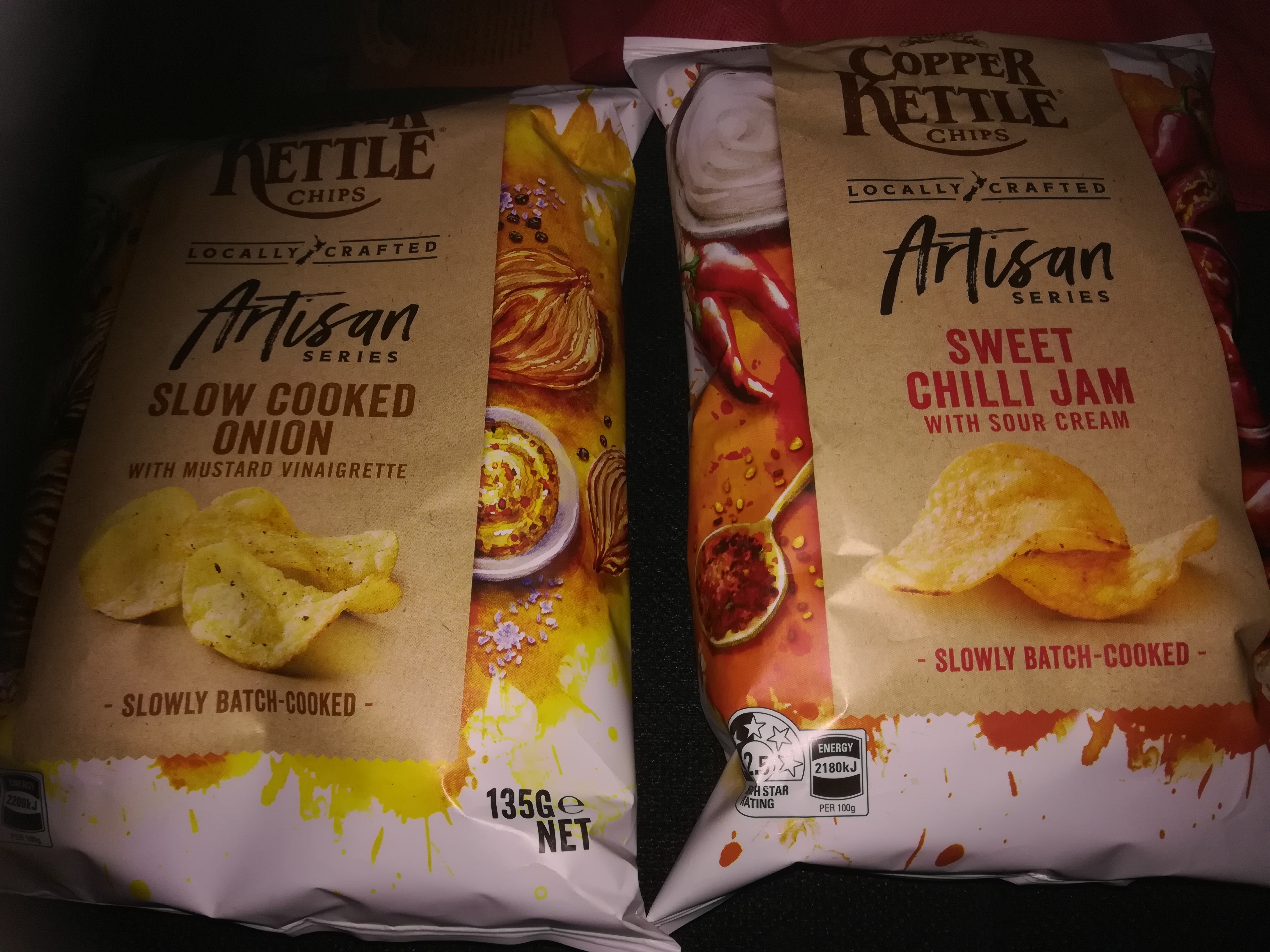 Both were pretty damn good. Pricey though the the sweet chilli one isn't as nice as another sweet chill flavour though.

Staff member
I love Chicken 65! I used to get it at an Indian-Mexican fusion place around the corner from me. They’d serve it all kinds of ways, but I favored getting it as tiny street tacos, $1.50 each, $1 on Wednesdays.

Unfortunately, that place folded and got replaced by a straight up taco joint. And I haven’t seen Chicken 65 anywhere else.

Dannyalcatraz said:
I love Chicken 65! I used to get it at an Indian-Mexican fusion place around the corner from me. They’d serve it all kinds of ways, but I favored getting it as tiny street tacos, $1.50 each, $1 on Wednesdays.

Unfortunately, that place folded and got replaced by a straight up taco joint. And I haven’t seen Chicken 65 anywhere else.


Only my second or third time trying it. Local place about a mile away does it.

I tried this Blueberry and Peach Cobbler recipe: Peach and Blueberry Cobbler - Coco and Ash

It's interesting, you layer it, butter on the bottom, then batter, then fruit, sprinkle with sugar and the batter and butter will rise up through the fruit.

This recipe (and other ones like it) have way too much sugar. Pairing sweet fruits with a 1 to 1 ratio of flour and sugar made the end result very sweet.

Peeling fresh peaches is a bitch. I tried the poaching in boiling water trick, and it was helpful, but didn't quite get there.

End result was still quite tasty, but I would cut the sugar significantly if I were to make it again.

Staff member
When I make stuff like that, I usually use canned pie filling. (Because I’m not a real baker.)

You might want to check out a cooking site for tips if you want to use fresh fruits. Among the celebrity chefs, Paula Deen springs to mind. See also Martha Stewart, Alton Brown. Frontier Woman.

America’s Test Kitchen, Allrecipes, Bon Appetit, Food Network, and the NYT all have good recipes too.

Game night but turned into a non event. Picked up Ravenloft book and more dice.

Went to place that does burgers, waffles, pizza. 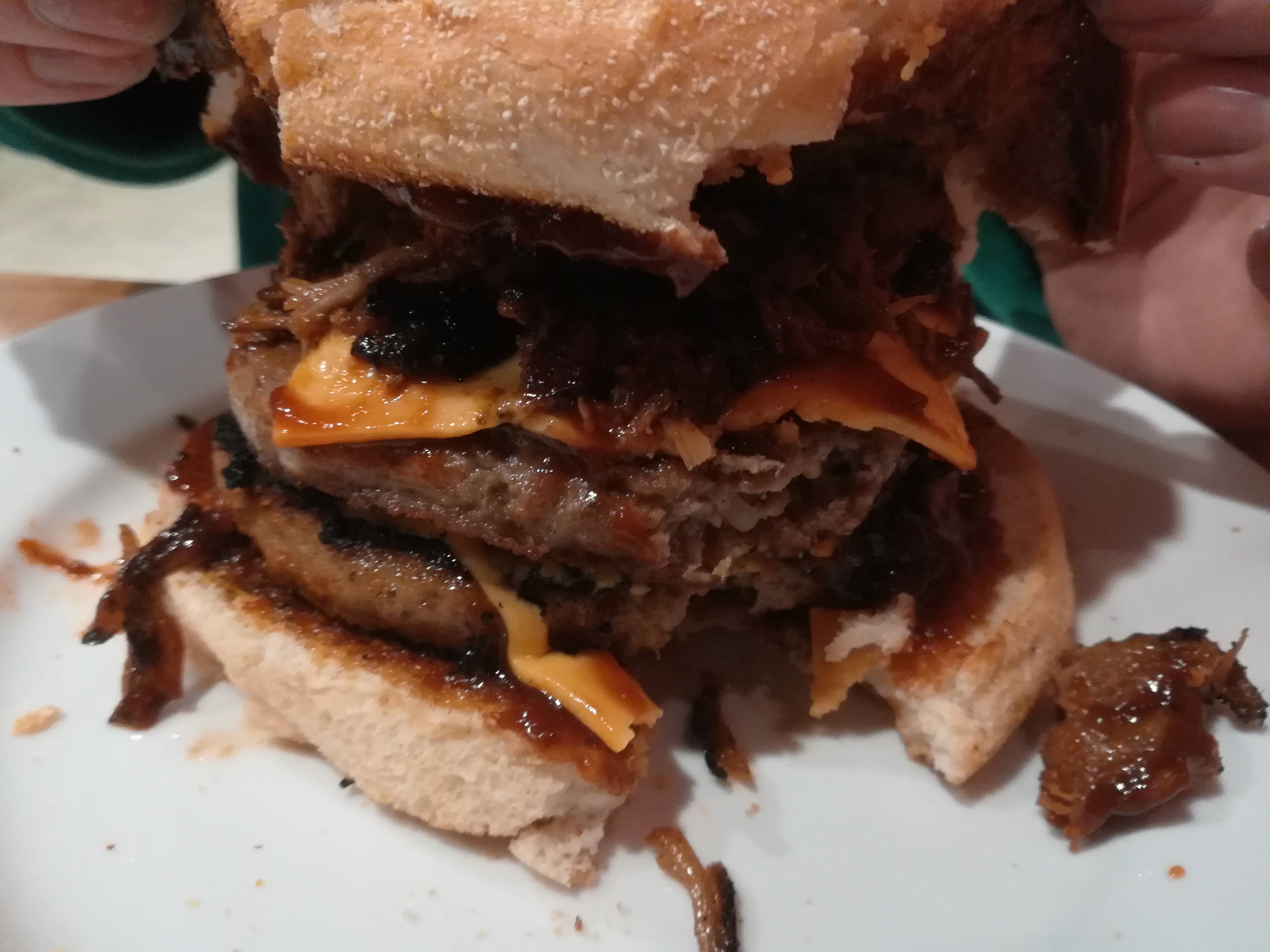 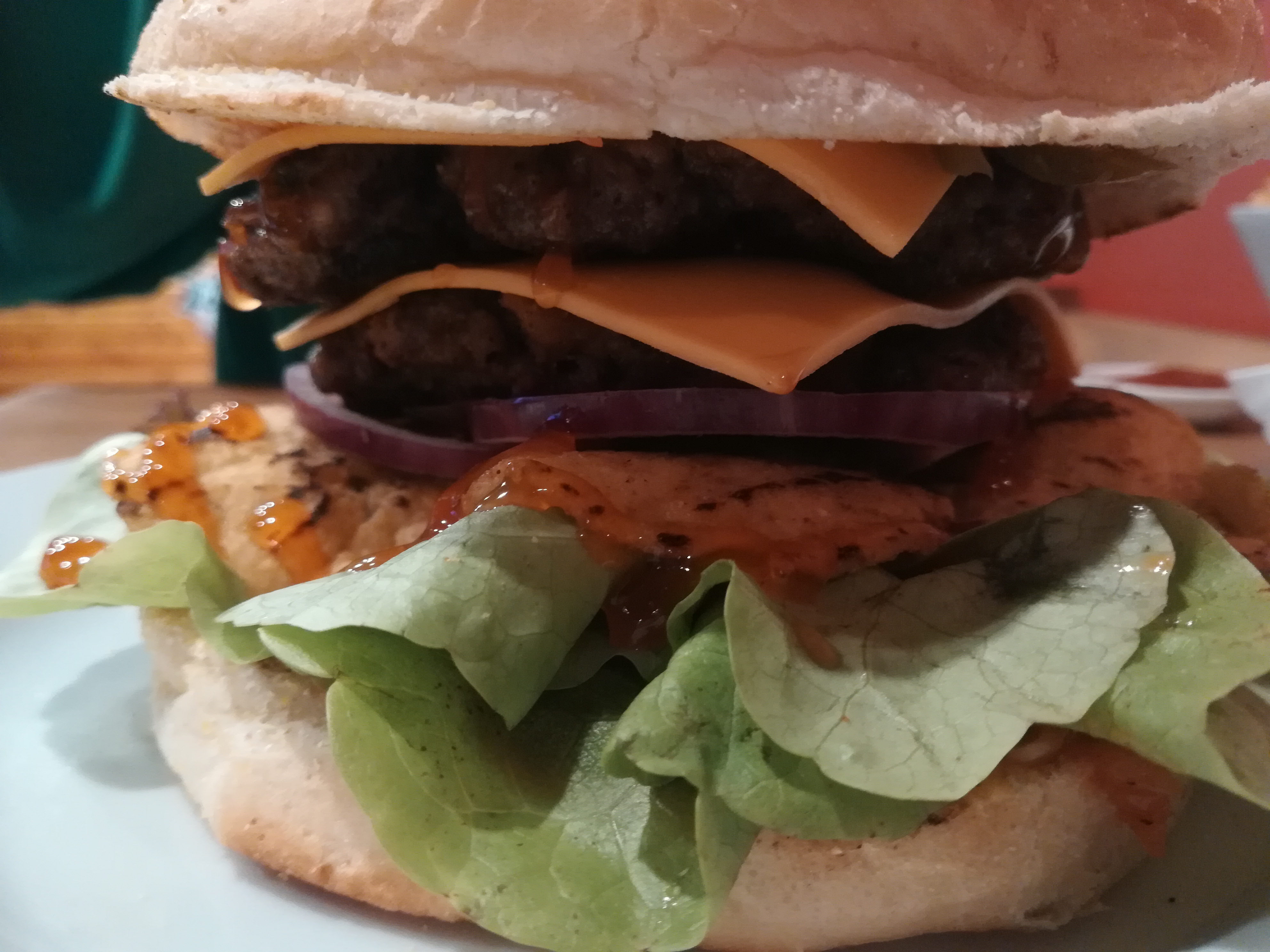 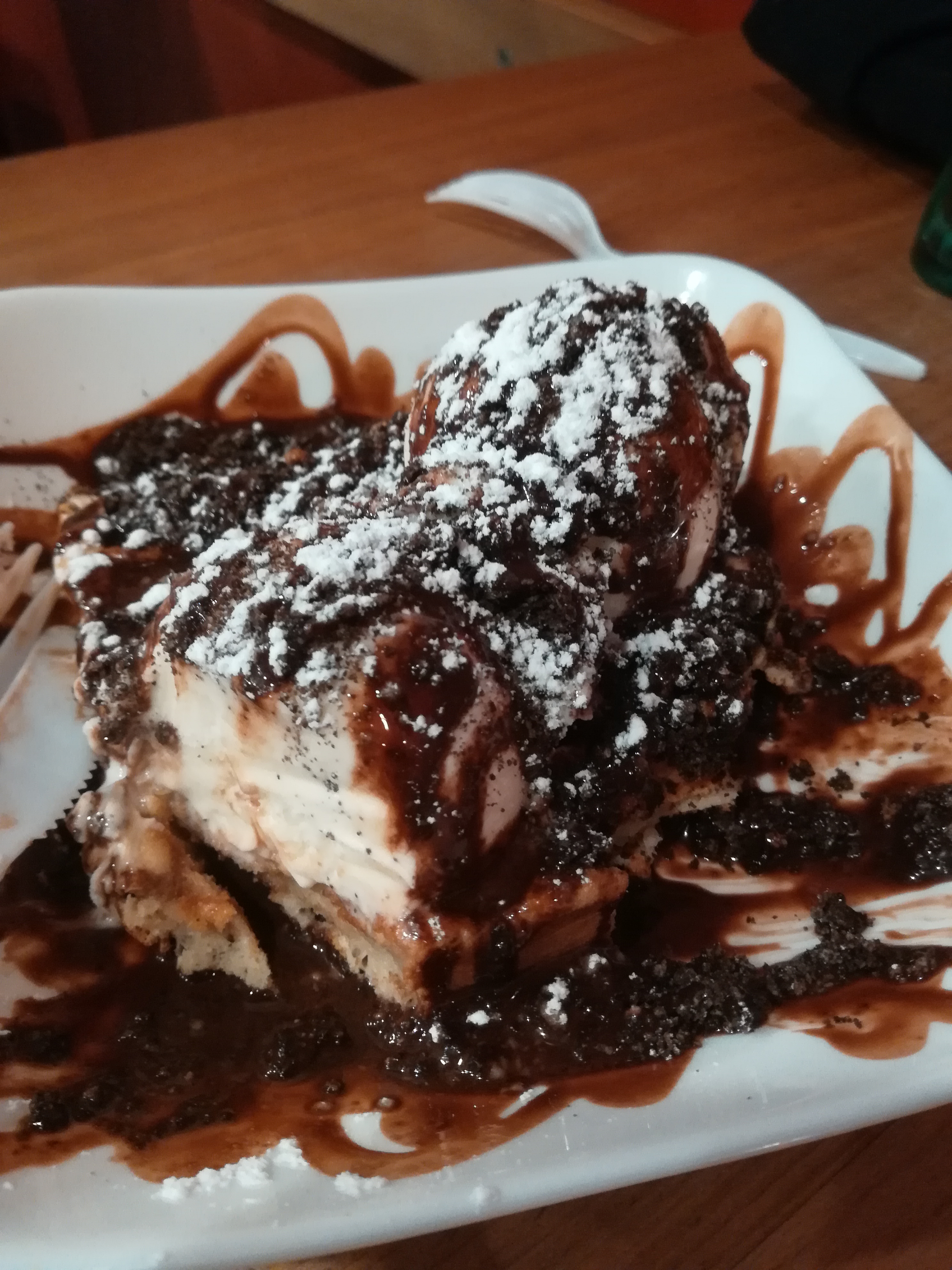 There was a place I found in Austin that actually did smoked BBQ mutton ribs. Freaking outstanding! One of the best treatments of the meat I’ve ever had.

The next time I went there, I found out the owner hadn’t been paying his taxes...

There was a place I found in Austin that actually did smoked BBQ mutton ribs. Freaking outstanding! One of the best treatments of the meat I’ve ever had.

The next time I went there, I found out the owner hadn’t been paying his taxes...
Click to expand...


Lambs interesting it's not as safe as beef. Done right it's great done badly meh.

In the 80's our prime minister promoted NZ lamb by eating a lamb burger and kind of got laughed at.

They're not that unusual in the burger joints (Not McDonalds/Burger King etc or Fish and Chip Shops).

That butcher burger just to much meat for me. Mate said it was amazing.