Kickstarter Dungeons of Drakkenheim 5e (the next Million Dollar project)

DUNGEONS OF DRAKKENHEIM is a Fifth Edition campaign for characters level 1 to 13 designed by the DUNGEON DUDES, Monty Martin & Kelly McLaughlin, based on the original livestream game broadcast on YouTube and Twitch! Fifteen years ago, Drakkenheim was destroyed by an eldritch storm of falling stars. Now, the city is a dismal urban wasteland contaminated by otherworldly magic and haunted by hideous monsters. Fantastic wealth, lost knowledge, and powerful artefacts lie ready for the taking by adventurers brave or foolish enough to venture into the ruins! 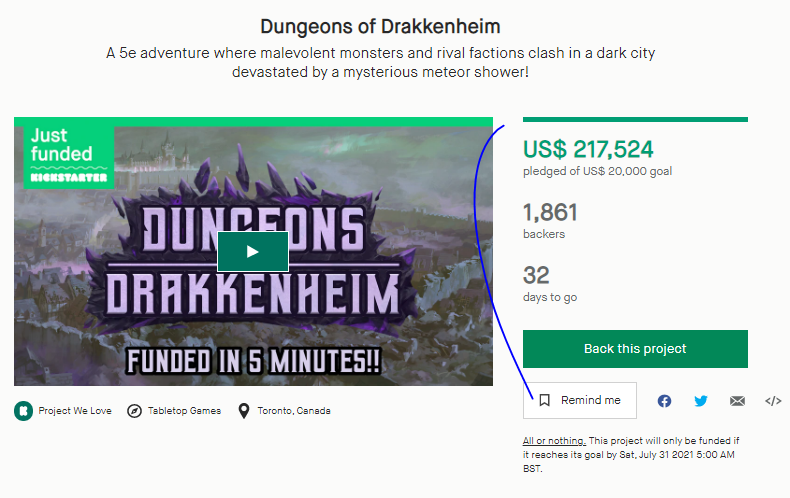 With just Day 1 of 32 and already crossed a quarter of a million US Dollars. 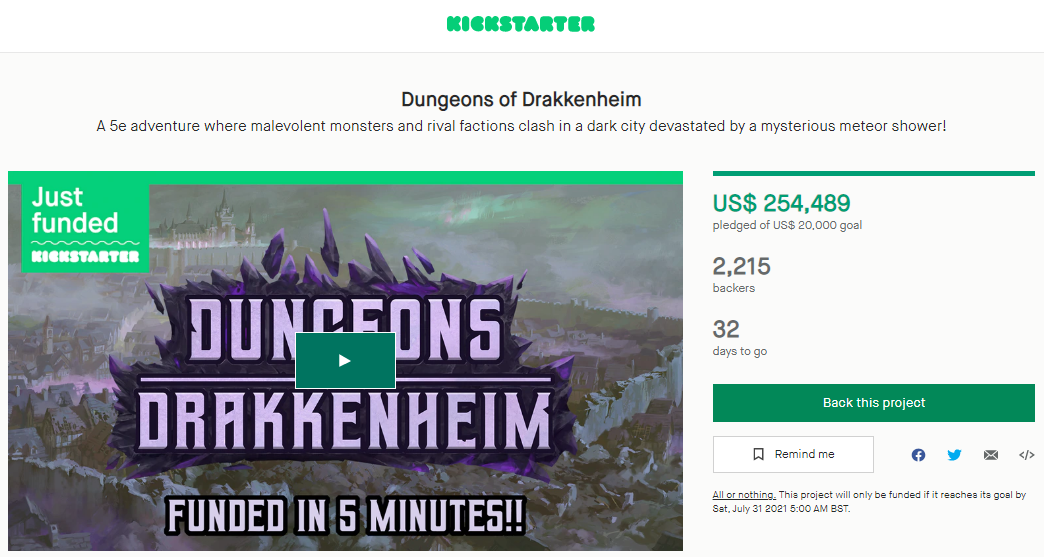 Half a million within just two says. So who is knocking on heaven's door? 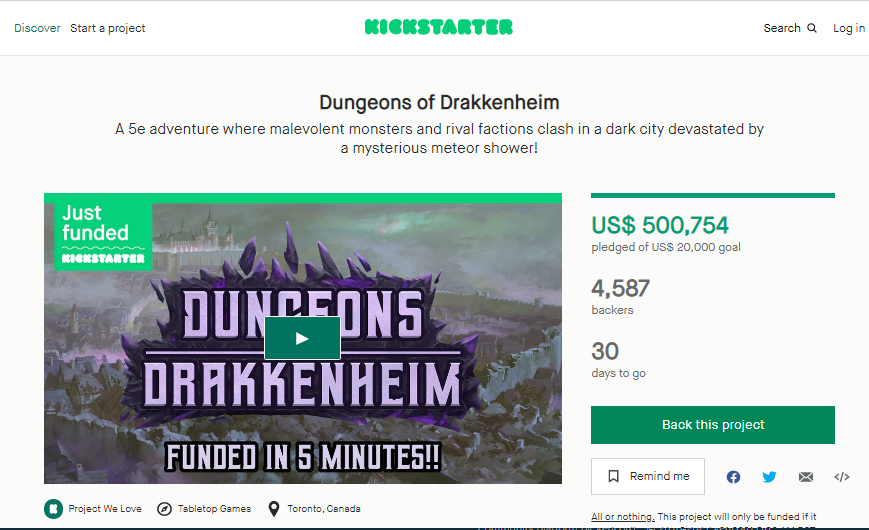 I am very much so looking forward to that book!

Ancalagon said:
I am very much so looking forward to that book!
Click to expand...

I too,. The volume of interest has stunned me.

My own collection of 5e is leaning more heavily towards Third Party Publishers than officially Wizards of the Coast adventures.