Today’s entry in Epic Monsters could be my favorite yet, and not because I am quietly afraid my wife might be among them. Indeed these muses of Irish folklore are beautiful and enchanting, offering inspiration to those who accept and return their affections—only to ultimately drag them down into madness and death. Prepare yourselves for the leannán sídhe! 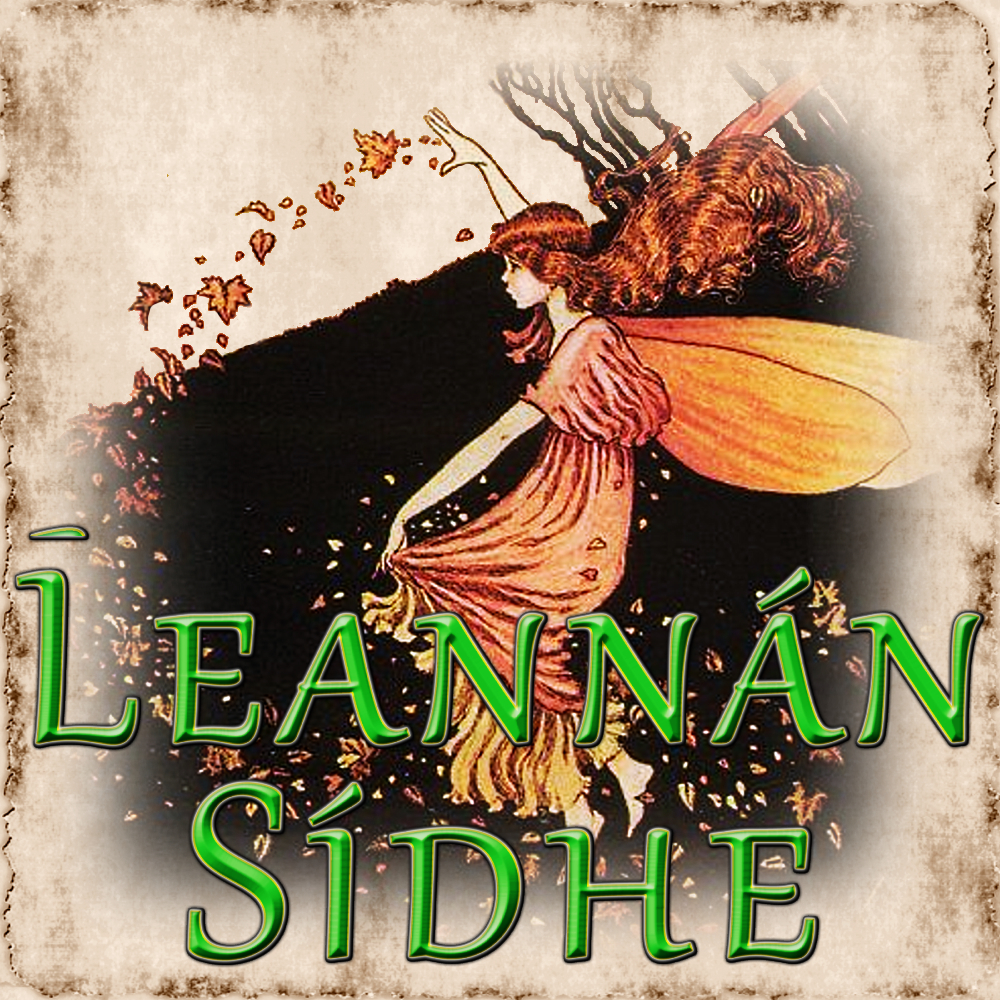 This gorgeous lady of the Aos Sí takes on lovers that have inspired—and more importantly brief—lives, although historically there is at least one dude leannán sídhe. Give one of these fey some affection and intimacy to get some artistic juice in return, and then go insane and die! Quite a deal but not one made lightly because if a leannán sídhe makes this offer, beautiful as they might be, if it is refused they become enslaved to the person that spurned them. Should the offer be accepted however the leannán sídhe takes them, both in life and death, unless a replacement can be found.

Let’s take a few moments to dig into the Aos Sí (‘people of the barrows’, known more recently as ‘daoine sídhe’, or if you’re in Scotland then ‘daoine sìth’, or often simply ‘the sídhe’ although the latter gets confused between the mounds in which they dwell and the creatures themselves). They are fairies, elves, ancestors, and nature spirits that live either beneath fairy mounds, across the Atlantic Ocean, or in what Fifth Edition would call the Feywild (an invisible world astride the Material Plane). It’s thought that they’re the watered down derivations of the Tuatha Dé Danann (‘People of the Goddess Danu’), deified ancestors of Irish folklore, perhaps those that retreated to the Otherworld (again, ‘Feywild’) in the face of defeat by foreign invaders. It’s common to appease the Aos Sí with simple offerings (apples, baked goods, berries, milk), though it is a practice best done carefully so as not to offend lest they draw unwanted, aggressive, and unpleasant attention. Even speaking of them can be dangerous so they’re frequently referred to as the ‘Good Neighbors’, ‘Fair Folk’, or just ‘The Folk’. Most are fetching but not all, and when they aren’t attractive they are typically ugly unto the point of horror.

Aos Sí fiercely guard their homes (fairy mounds, rings of nature, hawthorn trees, groves of trees, or lakes) and anyone that impolitely settles there are retaliated against, convinced and intimidated into leaving. Invaders might be kidnapped or even have their offspring replaced with changelings. In Gaelic mythology the realm of the Aos Sí is closest to the Material Plane at sunrise and sunset, making it easier to find and interact with them, but certain yearly celebrations (Beltane, Midsummer, and Samhain) can also draw them out of hiding. All of these practices and beliefs are collectively known as Creideamh Sí or the ‘fairy faith’.

Design Notes: I started with a dryad because near as I can tell that’s the core rules’ generalized Aos Sí. From there I leaned into some more appropriate choices for Innate Spellcasting, and then Nature Strike so if it just comes down to hitting the leannán sídhe’s got something to do (before teleporting away with misty step and disappearing with invisibility, naturally). Otherwise the key thing here is Inspired Infatuation and by extension Magical Devotion, traits that are very potent but I think very intriguing from a gameplay perspective. Getting a party interested in a dryad? Meh. Getting them interested in this incredibly gorgeous fey that maybe they can get control over at one point (for a limited time anyway) if they can resist its wiles enough? That’s something that at least a few murderhobos will think twice about before shedding too much blood. Let’s do the numbers—the DMG comes in at 6.125 and the Blog of Holding at 7.166, averaging out to a 6.645 that gets rounded down. Bit of a fatalistic addition to the plethora of fey creatures out there for 5E, but worthy all the same.

Magical Devotion. A humanoid that successfully makes its initial saving throw against the leannán sídhe’s Inspired Infatuation trait 3 times in a row gains a measure of control over the fey (as the geas spell).

Magic Resistance. The leannán sídhe has advantage on saving throws against spells and other magical effects.

Speak with Beasts and Plants. The leannán sídhe can communicate with beasts and plants as if they shared a language.

Nice work - a good build for a classic fey creature.

I like the wisdom-reduction mechanic, but it seems a shame, when dealing with a creature that causes madness, not to involve any of the Madness rules from the DMG.

I like the wisdom-reduction mechanic, but it seems a shame, when dealing with a creature that causes madness, not to involve any of the Madness rules from the DMG.
Click to expand...

I felt like gradually losing your Wisdom score is definitely a kind of insanity as you lose the ability to intuit things and general awareness. Also given the deal (that if a PC can resist the leannan sidhe's wiles) they might gain control over the creature, and I am suuuuper reticent to hand over to any party anything that can quickly inflict madness (some of those can be straight up debilitating).

Some times in the past I have tried to imagine a mixture of the rich mythology of Changeling: the Dreaming with D&D.

And my last source of inspiration is the videogame made in Spain "Blasphemous" but changing the lore to be more politically correct, or at least more Chris-friendly, and the Miracle (a mysterious and cruel supernatural force) is replaced with the Prodigious, mysterious lord faes with a tencendy wicked cursed with some pieces of poetic justice.

So you saying that Primal Damage is reskinned Thunder damage? I like that.

Weiley31 said:
So you saying that Primal Damage is reskinned Thunder damage? I like that.
Click to expand...

Not sure exactly what you mean by Primal Damage but yes.

So, would she have spell save of DC 18? I don't see that clearly spelled out.

rontrobertson said:
So, would she have spell save of DC 18? I don't see that clearly spelled out.
Click to expand...

Yes! I realized after her Innate Spellcasting list was done that none of the spells she's got use a saving throw (or spell attack bonus) and struck that from the trait without remembering to fix Inspired Infatuation's reference. Fixed now! Thank you!

E
D&D 5E Is Fey Wanderer the most powerful Ranger?