For Those Who Support Us

My godmother, who always supported my D&D hobby, passed away recently. This is for her. 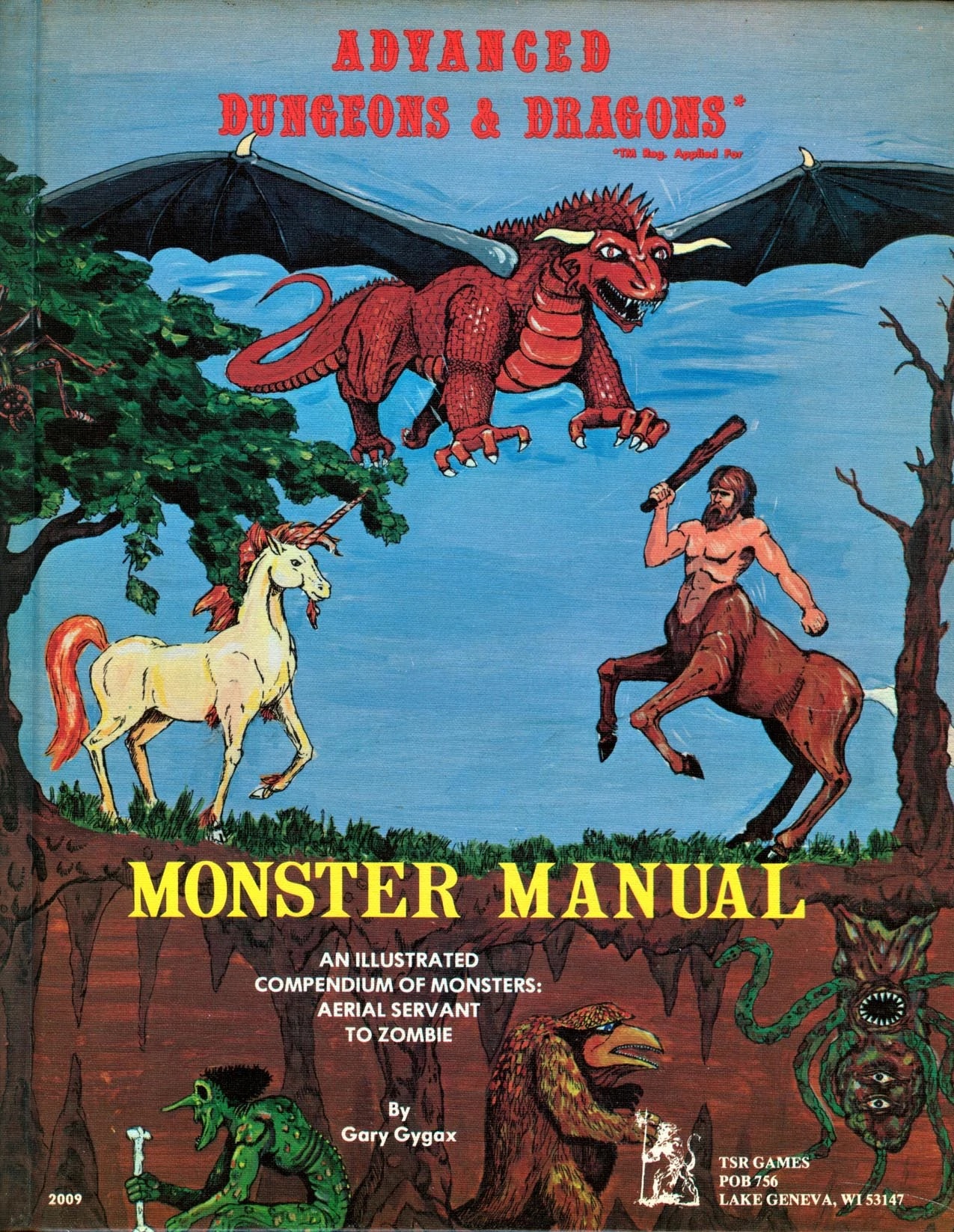 Is This a Trick?​

When I was first introduced to Dungeons & Dragons, there were two camps that supported my new hobby. The first was led by my mother, who felt that anything book related was good, period. This policy meant she never hesitated in buying me books and since Advanced Dungeons & Dragons tomes were in book form, I was always up to date on the latest version of the game.

In the early days, when there were two different versions of Dungeons & Dragons being published at the same time (Basic and Advanced), what to buy a younger gamer as a gift wasn't always clear. I already owned the Red Basic D&D set, but there was a steady stream of AD&D books coming out I didn't own. My aunt, my mother's older sister and my godmother, was just as excited as my mom about my new "book habit", but was more focused on buying "D&D stuff" (the second camp) and bought me all the AD&D books as they came out.

She had a sense of humor about it, so she put the hardcover books in clothing boxes. Only later did I realize this was meant to be a joke (I mean, I could tell they were books by the weight and how they slide around in the box). I was taught to say "thank you" no matter what gift I got, so if she was expecting me to be disappointed I (hopefully) didn't show it.

And that's how I got my first AD&D hardcover, the Monster Manual.


A Tale of Two Editions​

What I didn't realize was that the book wasn't compatible with Basic Dungeons & Dragons. We made it work anyway, but it took my high school group some time to realize that there were differences at all. And it was thanks to my godmother (who had no idea either), that I ended up with a full set of AD&D books. That led to our group splitting when I insisted our Basic D&D campaign shift gears to AD&D instead of moving on to the Basic Masters set. The rift was traumatic but temporary, and we all eventually settled into AD&D. And it's all thanks to my godmother.

I'm pleased to say that I was able to tell her about how influential she was in my life in-person, something she was quite proud of. Unfortunately, she suffered from a host of physical illnesses as well as dementia, and eventually succumbed to Covid-related complications. She passed away on February 18, 2022. 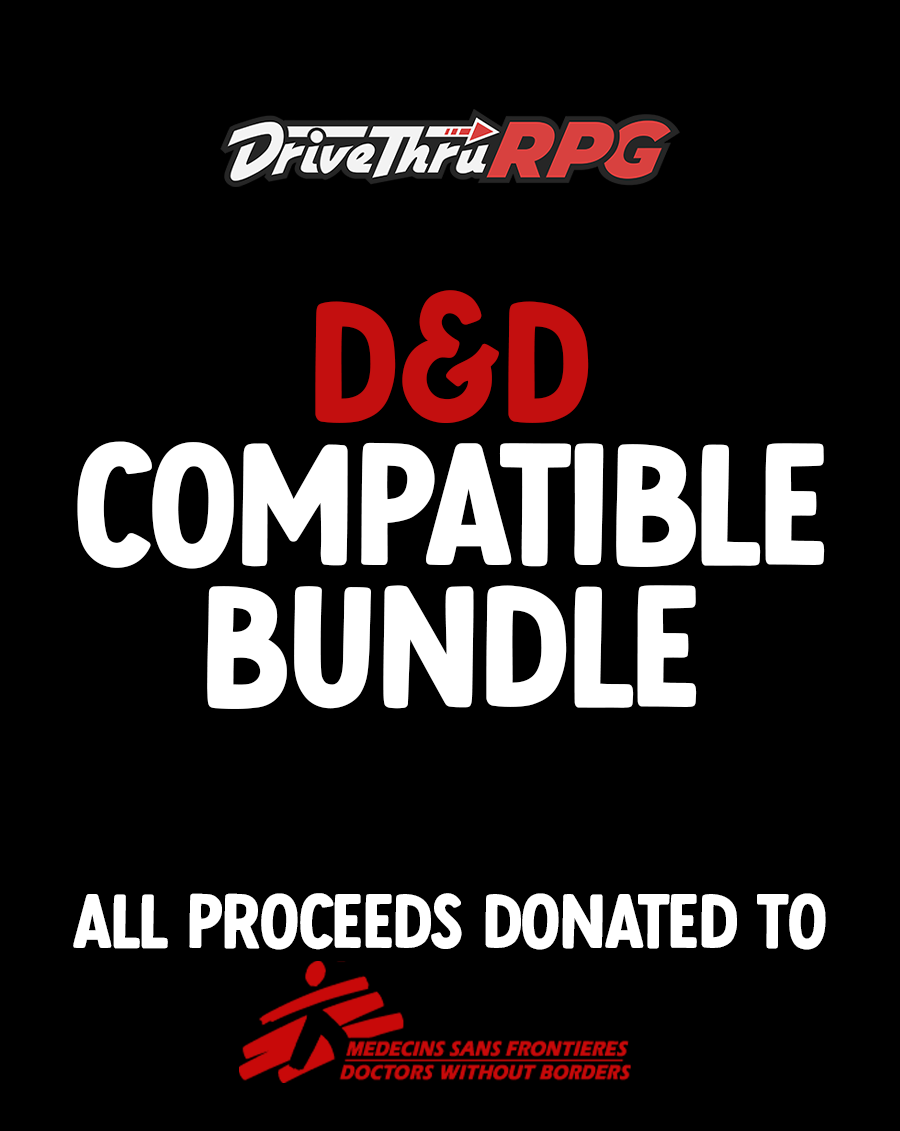 It's a different time now, but as I get older and bask in the glory that is D&D being cool again, I find it important to remember those who supported us when even mentioning you played D&D was a deal-breaker: for dates, for job prospects, and at the dinner table. I grew up with great privilege and a family that cherished education and books, but I realize not everyone has those advantages. If you're interested in giving back, here's a few recommendations.

Please Note: I’m the Chair of the Committee for the Advancement of Role-Playing Games (CAR-PGA). We have our own Gamers in Need page if you’re interested in learning more about how to give back to the gaming community.

To honor my aunt's memory, I made a donation in her name to Fantasy Book Quest 2022, which aims to put fantasy books in school libraries. Given the current state of affairs in the world, I've also contributed 5E RPG: Oz Adventures to DriveThruRPG's D&D Compatible Charity Bundle. All proceeds support Doctors Without Borders' emergency preparedness response in Ukraine. EN World has also created a collection of healing spells, rewards, magical ceremonies, and monk archetypes that can be used in your 5E game. 100% of the funds raised from this campaign will be donated to the Ukraine Humanitarian Appeal. The funds will help DEC charities provide food, water, shelter and healthcare to refugees and displaced families.

However you give back, I hope we all take a moment to remember those who supported us and those who are no longer with us. We couldn't have gotten this far without their support.
Click to expand...

Thanks for this and my condolences to you on your loss. This resonated with me. The MM was my first book, bought for me by my father when I was likely 7, because I loved monsters and begged him to get it for me, despite his warning that "It wasnt the kind of book I was thinking of." And thank you for the call to give back. I think veteran gamers have an obligation to help new people enter the hobby. When I was young, the ComicBookGuy sterotype was very real for me, of a crusty expert who was more inclined to belittle than to encourage engagement. I also had relatives who at least accepted my hobby and while I rarely received DnD as a gift growing up, I did get an allowance for chores, which I would save to buy ADnD hardcovers when they came out, which were a whopping $15 at the time.

Condolences on your loss and may her memory be eternal.
I cannot tell you how much this resonated with me, right down to parents 'hiding' AD&D hardcovers in clothing boxes.

You have my condolences. I too have a special D&D supporter - my mother got me all the AD&D books I asked her for - including checking the Deities and Demigods for the presence of the Melnibonean and Cthulhu mythos sections to get the "right" one (both were available in some of the nearby outlets for a while). She even got me a copy of Oriental Adventures when it came out, completely unasked for at the time.

My mother too has dementia and is now in a skilled nursing facility and, fortunately, has managed to dodge COVID thus far. But I am always thankful that she gamely supported my nerdy hobbies and reading habits. She was also scrappy about book bannings in the area. If a book controversy turned up, she went out and bought the book to read it and encourage my sister and me reading it as well. When she was on the town library board, NOBODY was banning anything around her.

Condolences. Hugs if wanted or needed.

This thread is so confusing with Michael Trescas face and bio inserted into the thread.
I'm not sure what the DMSGuild ad is for, but anyway condolences', she sounds like a good egg.

darkwillow said:
This thread is so confusing with Michael Trescas face and bio inserted into the thread.
I'm not sure what the DMSGuild ad is for, but anyway condolences', she sounds like a good egg.
Click to expand...

Talien = Michael Tresca if that wasn't clear. The bio hopefully explains that.

That's a great, diverse list of organizations, thanks for compiling it.

So sorry for your loss. Like others, it also struck a chord with me. A while ago, I learned of the passing of my older cousin, Paul. who let me delve into his AD&D bookshelf one Thanksgiving holiday in the the early 1980s. I guess my parents noted my interest and got me a Red Box that Christmas. Since our families lived far apart, Paul and I weren't close or anything, and he never knew the impact he had on my life. But quite an impact it was, just by letting his dumb little cousin read flip through those amazing books way back when!

Again, thanks for the article.

I had that same confusing period in the 80s . . . when I had both BECMI D&D sets and AD&D books. When I finally realized they were two different games, I was irritated! Sold off my entire AD&D collection and went pure BECMI until the 90s. Most gamers I've talked to from that era went the opposite direction, and went with "advanced" D&D over "basic" D&D.

I find it humorous that both versions of D&D eventually became equally, if differently, complicated and "advanced" over time. There was some crazy stuff in the Companions, Masters, and Immortals sets!

The kid who bought my AD&D hardcovers traded a Lazer Tag rifle and cash for them . . . but never delivered the cash. Ben, you still owe me $60!!

Thanks for sharing this and my condolences on her passing, but she will always be a part of you.

Condolences on your loss.


talien said:
What I didn't realize was that the book wasn't compatible with Basic Dungeons & Dragons. We made it work anyway, but it took my high school group some time to realize that there were differences at all.
Click to expand...

This exact thing happened to us, and while we worked with it for a while, we eventually just moved to AD&D. No split in the party, we all moved lock stock and barrel.

Condolences, Michael, from a laspsed CAR-PGA member. I'll go do some giving back, now.

What trickery is this!

More seriously, thanks for the article and sharing. Condolences on your loss.

Dire Bare said:
I had that same confusing period in the 80s . . . when I had both BECMI D&D sets and AD&D books. When I finally realized they were two different games, I was irritated! Sold off my entire AD&D collection and went pure BECMI until the 90s. Most gamers I've talked to from that era went the opposite direction, and went with "advanced" D&D over "basic" D&D.
Click to expand...

I glossed over this because I didn't want to take away from the tribute to my godmother, but yeah it was traumatic, like an intense election campaign. We were each convinced the other game was better, and the reality was the group couldn't survive unless we all agreed on it. But it was also high school, so ... drama.

talien said:
I glossed over this because I didn't want to take away from the tribute to my godmother, but yeah it was traumatic, like an intense election campaign. We were each convinced the other game was better, and the reality was the group couldn't survive unless we all agreed on it. But it was also high school, so ... drama.
Click to expand...

Heroes & Villains just launched a line of BECMI t-shirts! They have two designs for each of the boxed sets! Wonderful reminiscences! Thank you for sharing them, and may her memory be eternal!

Awesome tribute! I also started playing in the 80s and through the "Satanic Panic" of the 80s but my Mom was very encouraging. She would come home with more books she found at garage sales! I had several players back then who were jealous of that because their parents let them play but weren't excited about it. I did have one friend who was forbidden from playing. Forty two years later, still going strong with gaming!

D&D General Weekly D&D Content on HOW I RUN IT.com