Click here to view article text
Odyssey of the Dragonlords, a Greek myth inspired D&D setting by ex-Bioware designers Jesse Sky and James Ohlen is now on Kickstarter. It's a 280-page book being co-published by Modiphius (who now officially publish all the RPGs ever written, I think!) and describes the world of Thylea.

You can already download a copy of the Player's Guide. "The booklet contains everything you need to get started as a hero within the world including a brief overview of the world of Thylea, new character backstories, rules for the new Centaur and Satyr races and epic paths for your heroes. This revised edition includes two more martial archetypes as well as updated rules based on your feedback for the Satyr and Centaur races available within the booklet."

And there's a short story called Dragon's Wager, by Drew Karpyshyn, which gives you a look at the setting's flavour. 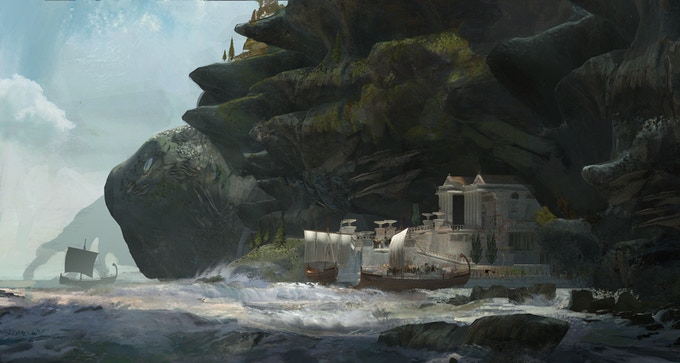 "At the dawn of time, a war between the gods and Titans left the world of Thylea forever changed. Thousands of years later, the first mortals arrived, carried by ship and dragon. The Dragonlords were the champions who overthrew the Titans 500 years ago and forged the Oath of Peace. But the power of the Oath has waned, and now the Titans seek vengeance. You are one of the heroes called by prophecy to end the conflict once and for all. Poets will sing of your deeds for centuries to come... if you survive." 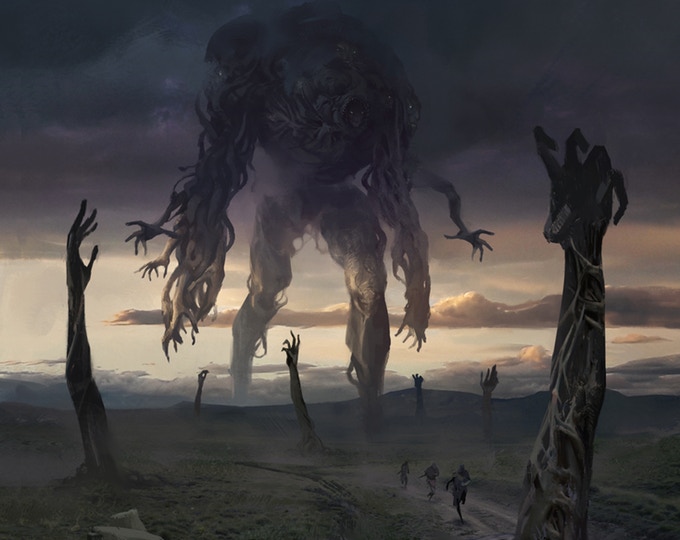 Find it on Kickstarter here.

Oh yes I'm excited to see what they will do in the TRPG space, but I'd love a NWN 3, KOTOR 3, or new RPG made by people who make brilliant work.
Click to expand...

Try this thread instead then:

Morrus said:
Try this thread instead then:

I backed it. I have become a stupid kickstarter addict this month. I backed Odyssey of the Dragonlords, Arcana of the Ancients, Contagion Chronicles, Vox Machina Cartoon, and Subverse which is an X-Rated Shoot'm Up/Tactical RPG by the legendary FOW studios. I credit card hates me now.

NO KICKSTARTERS IN MAY! for me. Unless it's a Forgotten Realms or Hellenistika kickstarter which is extremely unlikely for May.
Last edited by a moderator: Apr 28, 2019

Oh yes I'm excited to see what they will do in the TRPG space, but I'd love a NWN 3, KOTOR 3, or new RPG made by people who make brilliant work.
Click to expand...

I'd like a FR game for a region other then the Swordcoast.

gyor said:
I'd like a FR game for a region other then the Swordcoast.
Click to expand...

That would be neat.

NWN2 Mask of the Betrayer went to Rashemen which I enjoyed.

Supporter
Bump to note that they're on the final five days of this Kickstarter. The stretch goal they just unlocked looks nifty--an Atlantis-type sunken city supplement.

They’ve hit $300k and are going to put all their stretch goals in the physical books, which is awesome!

pukunui said:
They’ve hit $300k and are going to put all their stretch goals in the physical books, which is awesome!
Click to expand...

They are past that now, and are only a few thousand away from $315,000USD. $10,000 more to get the last two current stretch goals. I think there is a good chance of achieving this before the two day bump.

Supporter
They've unlocked all stretch goals and are now in the final 24 hours!