Here we have the first preview of August’s Patreon (sort of an opt-in subscription) map icons by artist/cartographer Keith Curtis via Inkwell Ideas. For the Greek theme (determined by a poll of our patrons), we thought it was useful to pick several of the best known Greek gods and make temples for each. Here they are all set on the/an Acropolis along with an Oracle. Elsewhere in the sample you can see the Greek arena, Stadium, and Theater.

Two special buildings are a Tholos - a round temple (similar structures exist in other cultures for other purposes); and a Stoa - a public covered area where merchants could sell their goods among other uses.

Four different houses, a stables, tavern, smith, & mansion round out the set. There are also alternate versions of the Acropolis & Oracle in the icon set.

We’ll have more previews in the next few days, and as usual the actual icon sets will be posted to patrons at the end of the month. 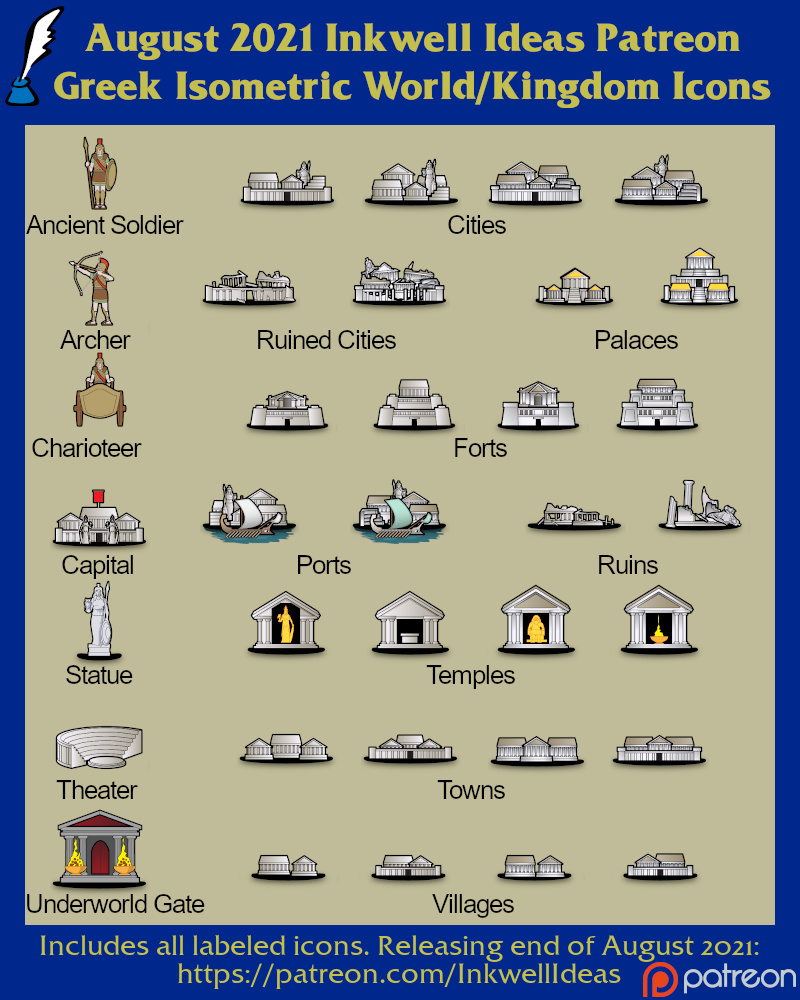 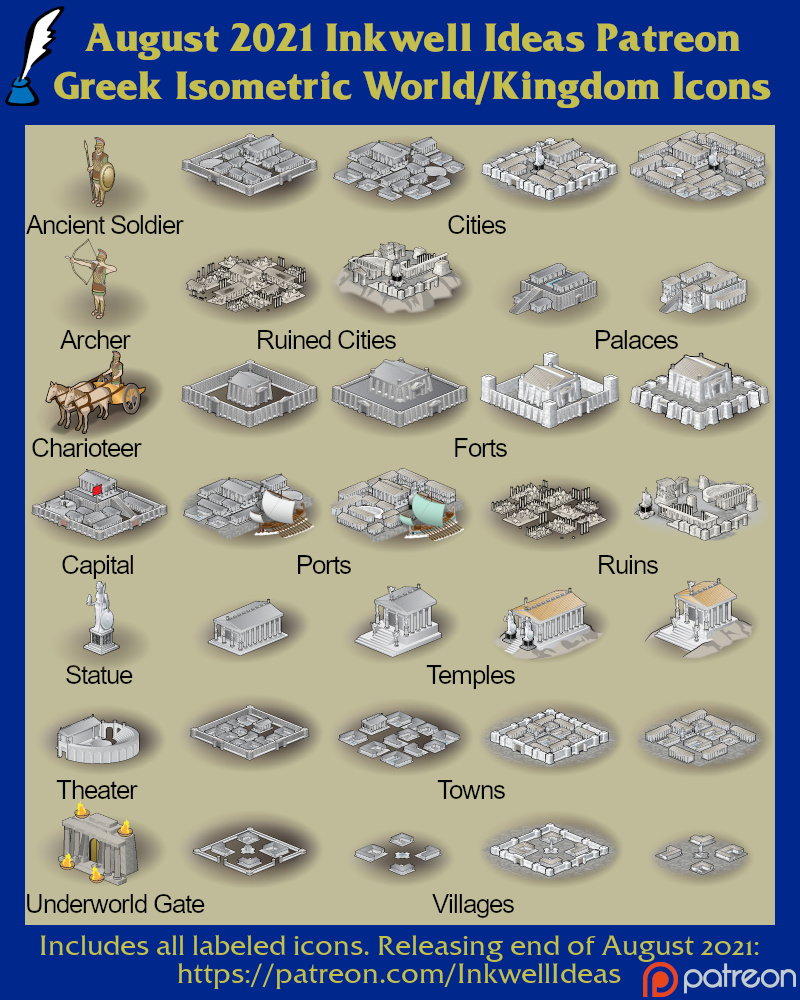 Our battlemat icons are our final preview of the month: 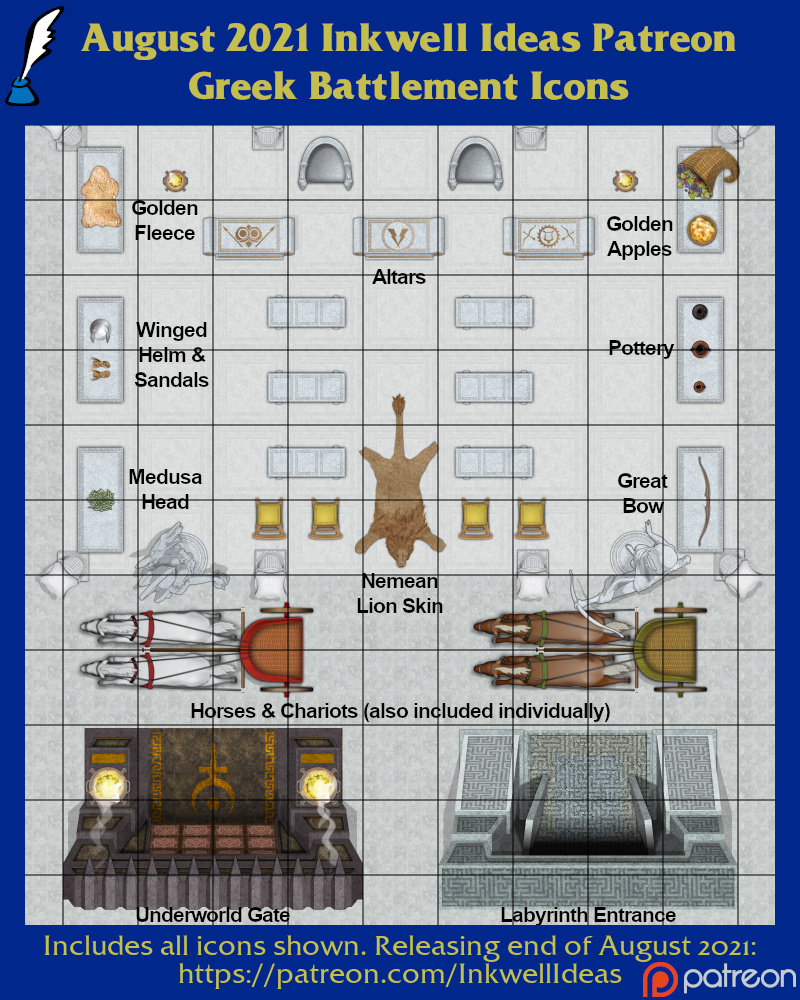