I’m He Who Lurks Beyond The Veil! I am The Terror That Flaps In The Night! I am The Pebble In Your Shoe! ...

Wait, I remember you... Have the World forgotten my legacy so soon... I’ll be over there, amongst the forgotten, Galeros, Goldmoon, Fru...

Blackrat said:
I’m He Who Lurks Beyond The Veil! I am The Terror That Flaps In The Night! I am The Pebble In Your Shoe! ...

Wait, I remember you... Have the World forgotten my legacy so soon... I’ll be over there, amongst the forgotten, Galeros, Goldmoon, Fru...

You and they are not among the forgotten. Not as long as I am here.

The leading cause of cancer in mice is research.


’Ello ’ello ’ello. Knightfall informed me that ENW has been through some changes so I had to poke my head in the Hive! And it seems it is still here. No one has even repainted... Is that the trash pile I left behind the last time?!

Welcome back, Blackrat. Hope to see you around more, at least in the Hive.

And, I haven't posted in the Hive in ages.

Just as a heads up- my computer may have been haxked

megamania said:
Just as a heads up- my computer may have been haxked
Click to expand...

First the rat returns and then you get hacked. Coincidence? I think so.

@Blackrat, how is baby rat?

A little menace just like his father
And no longer a baby to be honest. He has become a little man.

children are God's revenge on adults - he gives the parents someone who will be just like them!

Blackrat said:
A little menace just like his father
And no longer a baby to be honest. He has become a little man.
Click to expand...

I’m running d&d again in Forgotten Realms. 3.75e as I call it. Pretty straight up 3.5 but the skill system taken from Star Wars SAGA.

Also playing a dwarven bard in a 5e game.

Should prep for the weekend. We haven’t played since april, but luckily we got to a point where a pause doesn’t really hurt. It’ll be a vampire hunt from Dalelands to Cormyr, then across the sea to Aglarond and towards Unther...

How’s everyone else’s gaming these days?

Does Pokemon Go count? Sadly it's the best I've got right now.

online gaming only for me.

Check out my youtube channel for my current gaming trappedslider

My game group and I had a difference of opinion on how to communicate with each other. They wanted to shut down our Yahoo Group and use Slack; I wasn’t interested. I did let them know that- while MY contact info hadn’t changed in a decade +, I had almost ZERO current emails or phone numbers for anyone.

At the time this discussion started, we were playing very few RPG campaigns. I went to poker nights and boardgames nights, but without the same enthusiasm. Several of them actually make money playing poker, so the only time I won was when I drank enough to throw off their reads.* And while the boardgames were cool...I wanted to play RPGs more than zero times a month.

And as a GM, I was simultaneously somewhat burned out AND not coming up with campaign ideas the others liked.

Other guys in the group would often not participate in games using RPGs they didn’t like. One guy frequently had scheduling conflicts with game night- first for online gaming, then later, for becoming a youth football ref. So when I told the group I probably wouldn’t be joining them for future poker nights, but to contact me for RPGs (and related boardgames), I thought things would be OK.

But when they shut down the Yahoo Group in late 2018, I was effectively bounced.

I still get the occasional invite to some of the non-gaming traditions established in the group over the past 20 years or so, and I attend. I am a tad miffed, but don’t have any hard feelings. If they contacted me and said they were starting up a new campaign, I’d probably say “When and where? I’ll be there.”

But I’m not holding my breath.

I’m also not actively seeking out a new group, either. The process of finding my spot in a new gaming group just doesn’t appeal to me right now.

* a paradoxical situation, I know

A local high school is having a mattress sale fundraiser. The pervert in me has questions. Something about cheerleaders, pom poms, Cool Whip, and a pasta strainer. I gave him a toy. It should keep him busy for awhile.

But while I’m here, and KF said something about easier use of images in the new board, I might as well test it. I found this on the internet and he will be the vampire I mentioned in my previous post: 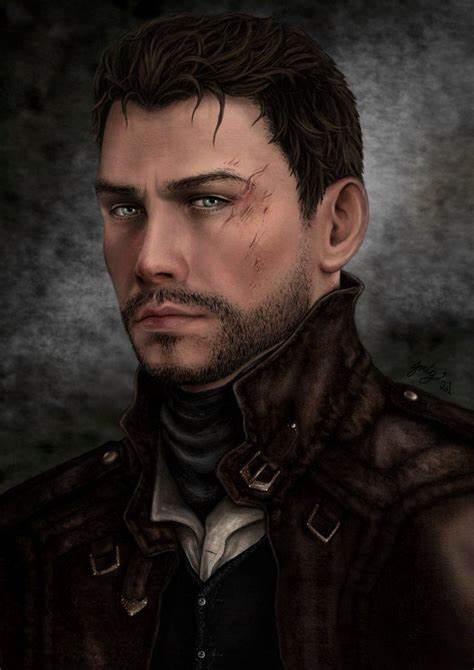 By the Emperor, that was easy to embed! And I’m doing this on my cell phone...

Staff member
Yeah, some things are much easier to do! And I suspect that other things which may seem clunky now will soon become second nature...or we may find the “correct” way to do things is slightly different, but not obvious. So far, I’m cool.