Here Are The 10 Most Anticipated Tabletop RPGs of 2022

Werewolf: The Apocalypse as we are envisioning it today is a storytelling game about radical solutions that explore an environmental apocalypse where a range of injustices provoke urgency and violence. It’s a game about tearing apart your enemies… and living with the repercussions. It also is a game that explores the differences between people and the mutual sacrifices made to effect — or endure — global consequences. To frame this story in the most exciting way possible, while also being respectful to the various cultures portrayed in the game, means we are taking extra time to ensure that it delivers the best experience for everyone.


9. Swords of the Serpentine (Pelgrane Press)

A sword & sorcery game of daring heroism, sly politics, and bloody savagery, set in a fantasy city rife with skullduggery & death. The adapted GUMSHOE investigative roleplaying system creates a fantasy RPG with a focus on high-action roleplaying & investigation. Swords was on this list at #6 in 2020.

A nano-infested doomsday RPG about cybernetic punks and misfits raging against a relentless corporate hell. A MÖRK BORG hack by Christian Sahlén and Johan Nohr of Stockholm Kartell. 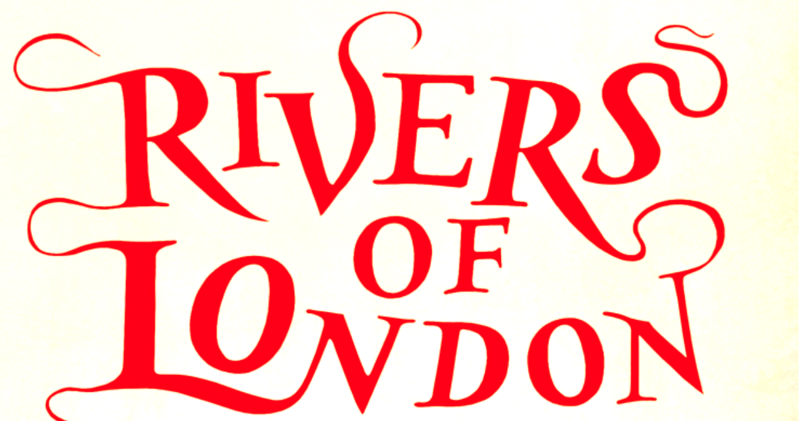 At #7 on this list in 2020, and #6 in 2021, this is Rivers of London's third appearance on this list! Based on the novels by Ben Aaronovitch, and powered by a customized version of the Basic Roleplaying System, the Rivers of London series follows an ordinary constable turned magician’s apprentice, as he solves crimes across London in a sensational blend of inventive urban fantasy, gripping mystery thriller, and hilarious fantasy caper.

Welcome to Mothership, the award-winning sci-fi horror tabletop RPG where you and your crew try to survive in the most inhospitable environment in the universe: outer space! You’ll excavate dangerous derelict spacecraft, explore strange unknown worlds, encounter hostile alien life and examine the horrors encroaching upon your every move.

Powered by the biggest tabletop RPG Kickstarter in history! Join your friends in a unique opportunity to return to a beloved setting—this time as the heroes of the story! Rising to meet their destiny, players will make characters using playbooks—templates that help players build and play compelling protagonists in the world of Avatar: The Last Airbender and Legend of Korra.

In Avatar Legends: The RPG, you and your friends might protect local merchants from the Triple Threat Triad in Republic City, travel through a spirit portal to rescue a child taken into the Spirit World, negotiate peace between feuding communities within the Earth Kingdom, or pursue mysteries (and villains) that arise throughout their adventures!

Broken Tales reinterprets traditional fairytales through a dark lens, upending their premises. Players belong to the Order, a secret group operating on behalf of the Papacy, whose duty is to investigate events and threats beyond human understanding. An eerie 18th century Europe becomes the background for these unusual heroes – villains from various fairytales, now acting as protagonists in the new reality shaped by the Child Saviour.

The rules of the game are based on the acclaimed Year Zero Engine, used in award-winning games such as the ALIEN RPG, Tales From the Loop and Forbidden Lands, but further developed and uniquely tailored for Blade Runner.


And so congratulations to Free League -- the most anticipated tabletop RPG of 2022 is officially the Bladerunner roleplaying game! Free League won last year too, in joint first place, with Twilight 2000 and 3rd place with The One Ring 2nd Edition.

Third year in a row that Rivers of London made the list. Good for Chaosium, but maybe not so good for those eagerly awaiting the game...

You'll eat every last bite of your Chaotic Good elf and learn to like it!

I'm most interested in Blade Runner and Werewolf. I think Pendragon is a great game, but it's on my list of games I'll probably never find a group who wants to play it.

Maybe you can at least kill a few bards.

Agreed. I read the first dozen or so updates but have been holding off on reading the beta because I want the total excitement of receiving that HC and cracking its pages with fresh eyes. <cue Madonna: Like a Virgin>

darkbard said:
Agreed. I read the first dozen or so updates but have been holding off on reading the beta because I want the total excitement of receiving that HC and cracking its pages with fresh eyes. <cue Madonna: Like a Virgin>
Click to expand...

This has basically been my approach to Shadow of the Weird Wizard. While I had the time and energy to playtest when I signed up for it, I wasn't able to do so at the rate the updates were happening. So my group dropped it for the time being and will let the more dedicated fanbase playtest it.

But in regards to Stonetop, I also can't wait to see what the final product will be like once I get it in hand. I have been scanning through the sections - mainly the advice on moves - but I haven't read through some sections properly, particularly in regards to the setting.

Definitely an eclectic list, like every year, with lots of stuff in the top 10 I would never find anyone wanting to play, or ever see on the shelves of a gaming store, so that I can leaf through it before buying, and thus never getting my vote. Only one of my three votes made the top 10, but that is not surprising, since I only anticipate the ones where there is a real chance of it getting played and not just gathering dust on a shelf.

Yeah, I wish this list would correspond at all to sales, so I could use it to decide what to order for my store, but unfortunately it doesn't seem to work that way. Still, an interesting poll and result. Food for thought, at least!

Woah, I was about to go to sleep and then I find out that we came in just before... Blade Runner. Unreal. I'll think of something before communicating this tomorrow. Thank you to all who voted!

I’m thinking the same really, although I thought the same thing with Alien too in a way. I like the brands, the company and like the system, but I have other broader based games (Cyberpunk and Traveller, respectively) that can do the same thing around my table. A new edition of Paranoia holds more appeal to me personally, but that didn’t make the list. Pendragon did, however, so maybe I’m just more keen on traditional titles.

What I didn’t anticipate was the high rating of Broken Tales, which I hadn’t heard of before - so well done to them!

I’d also note that Avatar Legends didn’t make No.1 despite raising nearly $10 million on Kickstarter, so it shows that the Anticipated list doesn’t always tally with these other measures.

Reynard said:
I still don't know what BladeRunner is going bring to the table (heh) that other cyberpunk games are lacking. I like Free League and I like the Year Zero Engine. I even like Bladerunner. But either Bladerunner will be just about hunting replicants, in which case it is too narrow for campaigning, or it will be about a bunch of stuff, in which case it is too broad to be a Bladerunner game.
Click to expand...

My hope is that, similar to how Alien can be used for general space horror, Bladerunner will facilitate investigative Cyberpunk stories. But we'll have to see if they really pull this off without compromising the core experience too much.

Im looking forward to the Masters of the Universe: Legends of Grayskull RPG, and the new Marvel one. I'll probably have a hard time convincing my players to give it a try but you never know. Im also waiting patiently for Edge Studios 5E Midnight but theres been no update on their website in a long time so I wonder if its dead in the water. Perhaps they may be waiting to publish it as a 5,5E book?

I don't want to be a naysayer but should it be allowed for something to be on this list for a THIRD time? With that said a lot of these look interesting but I doubt I could get my group to play them. Then again I got them to play torg eternity so maybe.

TrippyHippy said:
I’m thinking the same really, although I thought the same thing with Alien too in a way. I like the brands, the company and like the system, but I have other broader based games (Cyberpunk and Traveller, respectively) that can do the same thing around my table.
Click to expand...

You could make the same argument about generic systems. What's the point of purpose build systems when generic systems can do the same thing and you don't have to learn a new system every time you switch genres or settings.

TrippyHippy said:
A new edition of Paranoia holds more appeal to me personally...
Click to expand...

I'm hopeful that they'll dial back the boardgame elements, but that's not likely. Maybe next edition.

TrippyHippy said:
I’d also note that Avatar Legends didn’t make No.1 despite raising nearly $10 million on Kickstarter, so it shows that the Anticipated list doesn’t always tally with these other measures.
Click to expand...

Well, to be fair, the Avatar RPG Kickstarter wasn't just funded by gamers. Non-gamer fans of the franchise put in a lot of the money...if the comments page is anything to go by.