D&D General How much dice do you own?

How much does I has the dice?

About 60 at my DM's house that I leave there.

About 75 community dice (at a conservative guess), some left behind by ex-players and some that I bought.

And a small boatload that aren't mine but quasi-permanently reside here, left by and owned by my players.

That said, I still have the first really cool set of dice I ever bought, back in 1995 or so, when I was playing in the Dark Sun campaign that I reduced me to D&D. There have been many more since, but I'll never let those babies go. 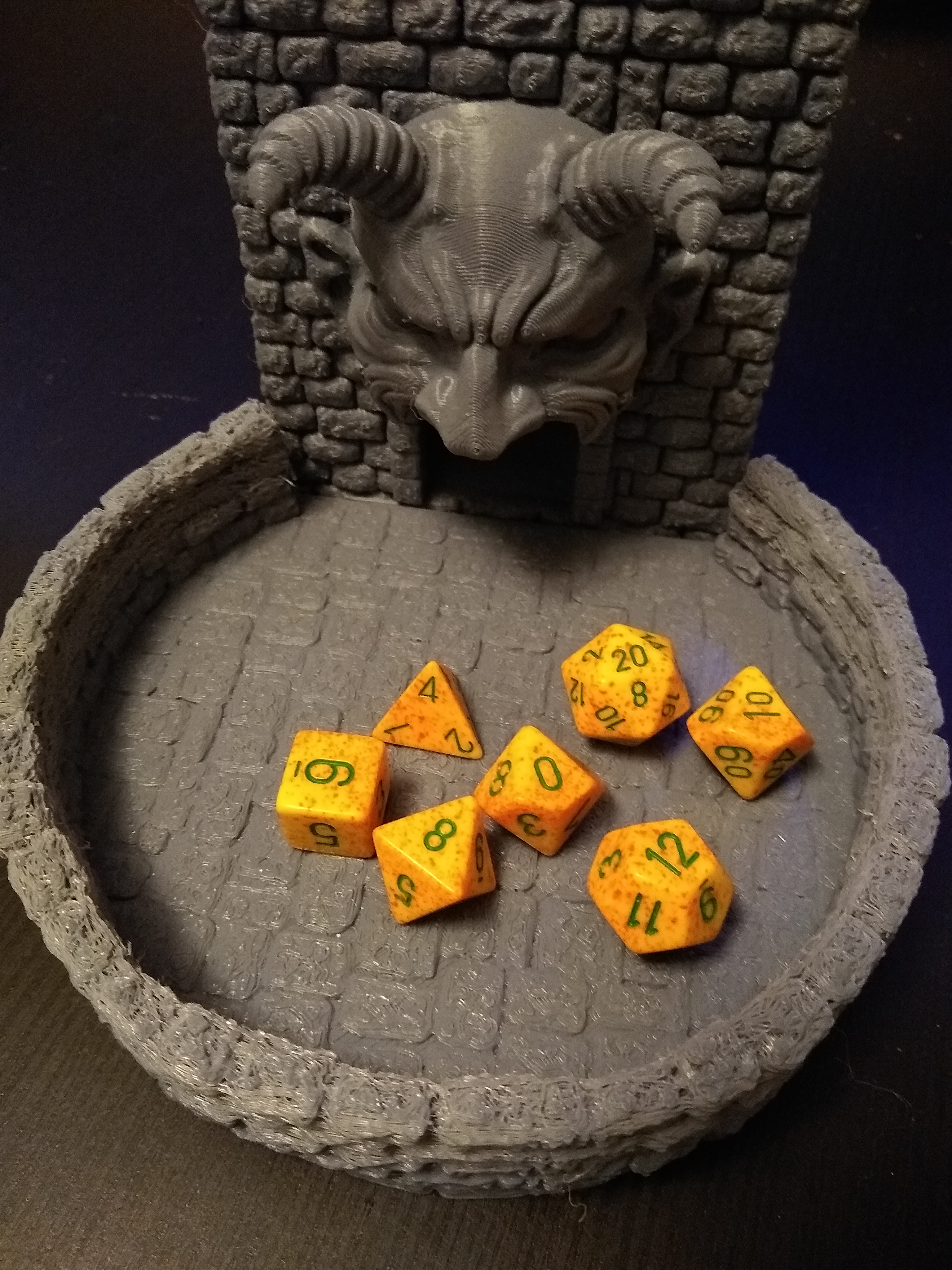 I have maybe 50. Lost my old dice in a move a few years back and had to start over.

But a friend just bought a set of resin molds and is coming over in a couple weeks to try them out with me! I have resin, inks, mica powders, etc....

I use roughly 20 every week and have another 20 or so at home of which a few are old and no longer roll right. I also have a few sets left that are given to new players at home or at cons. I no longer rotate the dice by punishing those that do not cooperate.

Umbran said:
The example given is Canadian, and the company is "Wiz Dice".
Click to expand...

I'm Canadian, and I've never heard of them. Then again, being from the west coast, most of Canada forgets we exist anyway, so maybe it's a Canadian thing like "Canadian Bacon'. (We call that 'back bacon' and you never see it anywhere.)


Fenris-77 said:
Actually, apparently not. I looked up the Chessex one and it's 440g, so you're pretty spot on. Aren't Chessex dice a little bit bigger than some other brands? That would explain their caveat that their bag contains 80-100 dice.
Click to expand...

A little, I guess. The 'pound o' dice' tend to come with a few oversized dice and a few tiny ones, so it evens out. There's usually a decent number of d20's in there, a LOT of d6's and never EVER enough d8's. Weird styles, too. We break 'em up and put 'em in our singles.


Fenris-77 said:
This is really just an excuse to browse dice on Amazon of course.
Click to expand...

FitzTheRuke said:
A little, I guess. The 'pound o' dice' tend to come with a few oversized dice and a few tiny ones, so it evens out. There's usually a decent number of d20's in there, a LOT of d6's and never EVER enough d8's. Weird styles, too. We break 'em up and put 'em in our singles.
Click to expand...

I worked at an FLGS for some years, and one of my favorite things was getting first crack at the new dice and the used figs.

Kobold Avenger said:
How many happen to have a lot of D10's because they played games under the Storyteller system such as Vampire: the Masquearade?
Click to expand...

I play Exalted with a big group (as many as 10 people at the table sometimes) and I made sure we'd have enough d10s for everyone to have 20 each... and then also bought most of the sets put out for the Chronicles of Darkness games that have the success numbers painted a different color because that's convenient.

Similarly, we play Shadowrun too so we bought up like a dozen of those 36d6 bricks to make sure everyone had "enough"

Yes option. Where is it.

Anybody else own a d36? I'm pretty sure I have one of those around somewhere. 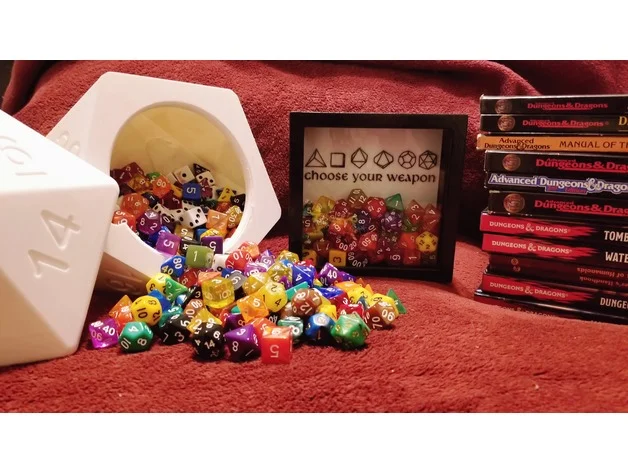 But this is more what I need. 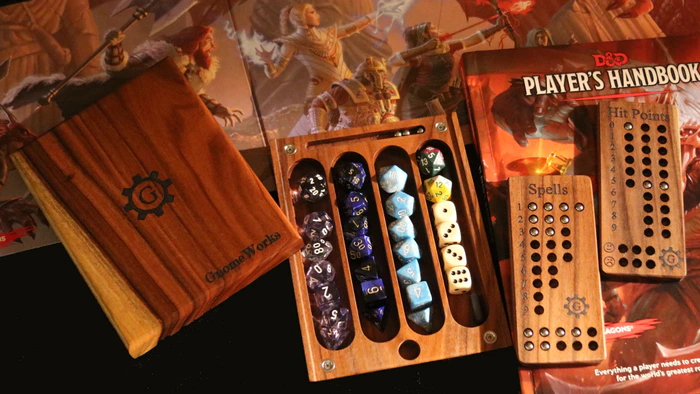 Morrus said:
I went for about 10 years refusing to bring or own dice, having had all of my dice stolen one by one.
Click to expand...

I bought a big bag of dice one time. I think it was a pound of dice. It came out to something like 112 dice. I don't really collect or anything. It just seemed like a good enough amount to cover everyone at my table if I have too.

I recently got these from Wyrmwood... 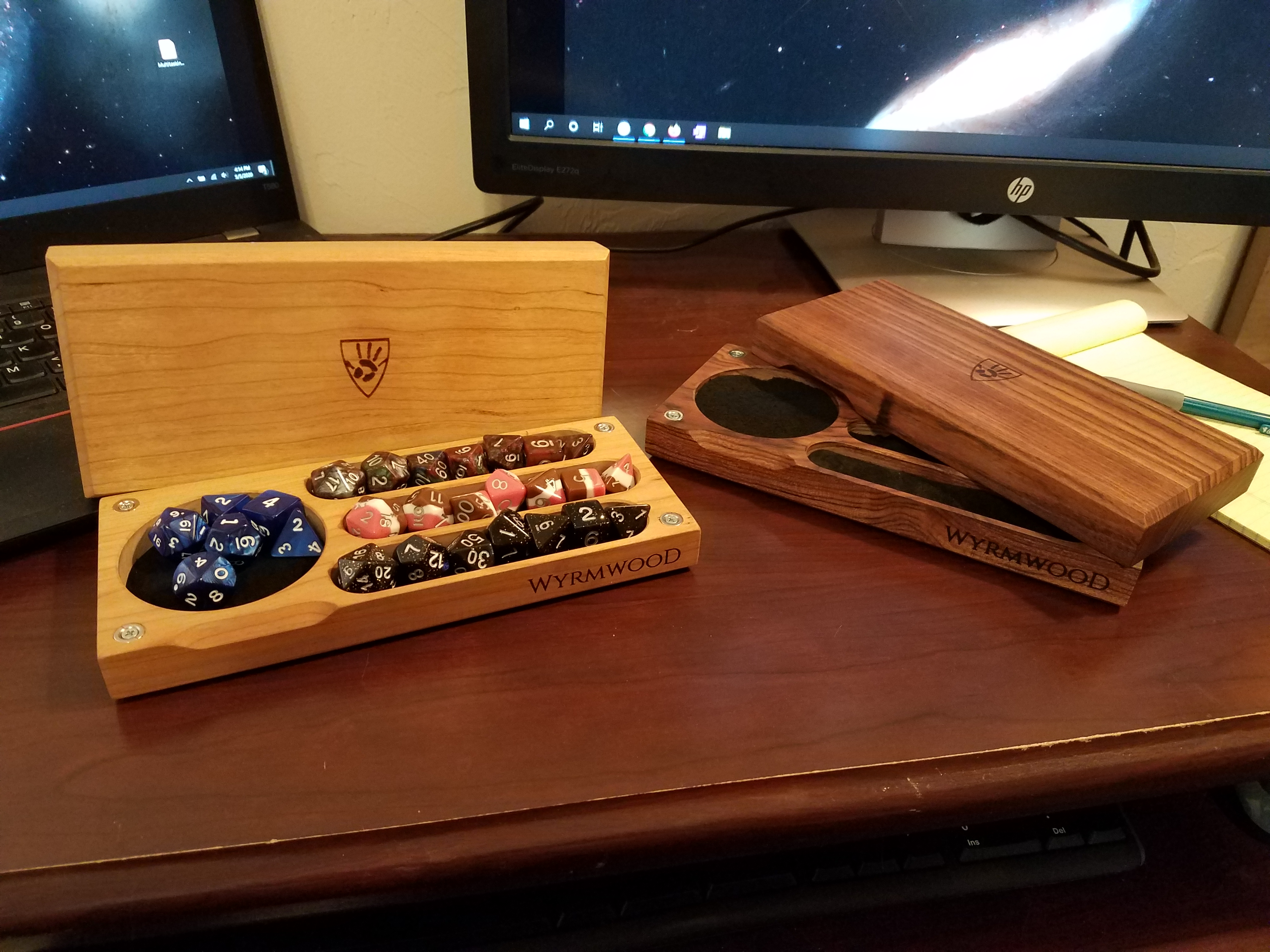 I need that d20 storage container now. Next time I get paid, I'm buying that.

I'm thinking about getting a new container for my dice as well. Just not sure it's going to be big enough ... 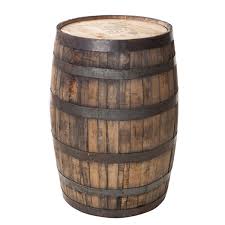 The ungrammatical question of the thread title is actually appropriate for my own, though not useful for voting in the poll.

I have somewhere around 2 gallons of dice (and a few cups have been lost over the years). I have absolutely no idea what that corresponds to in numbers. And there's a lot of variation in the size of each die.

I have several small wooden coffers full of dice, as well as one vault* and several bags for games. Very, very few complete sets in there.

Back in the late 80s/90s I inherited an odd position in one frequent group about dice - not caring about complete sets. So I was never the one going "hey, did anyone pick up my jade d20" at the end of a game. What started happening was that if there were dice left over after a game that no one claimed, they'd toss them to me. And if next session someone was "I'm missing a firey d8" I'd pull one out and give it to them. But then it got to the point where people would lose a die from a set (often with some other group), replace the set, and just give me the rest. I guess because I always gave people dice to complete their sets instead of protecting my own (except that one Torg d20 - which I still have).

Combine that with liking dice and picking up odd ones here and there, and I ended up with way more dice than I can carry to games. Just length of time collecting.

Now when I'm running to teach people how to play I give them dice - usually complete sets - to get them started. Them having their own dice is more joy then those dice sitting in my horde.

Oh, I mentioned "vault" earlier. It's a black textured plastic box about 10" x 6" x 1.5" with a puzzle lock. In reality it a amazingly sturdy Betamax tape case that just happens to look nice and have a lock that requires multiple movements to open that seems to confound people who do not realize the instructions are embedded in the plastic.

Nice! The middle row reminds me a whole lot of these candies from when I was a kid: 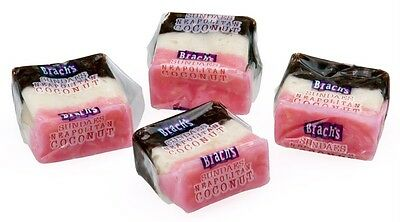 Umbran said:
I recently got these from Wyrmwood...

Ralif Redhammer said:
Nice! The middle row reminds me a whole lot of these candies from when I was a kid:
Click to expand...

They were a gift. I think from this Kickstarter Ice Cream Dice

And nowadays there's no real limits to numbers of dice for anyone with their own 3-D printer and some time...