Bolares said:
that's.... a valid point. And a recurring joke during the game
Click to expand...

Cannot wait for the chaos that is Jester to hit the screen. Oh...Molly. Long may he reign.

Here's to hoping the episodes are a bit less compact and we get a bit more breathing room to adapt more of the interplay into the cartoon.

Super excited. And interesting that their deal isn't just for TV projects, but also for film. Exandria Unlimited: Calamity would make for a great feature film length project.

This is welcome news. The 2nd campaign and its characters are frankly just more interesting than Vox Machina and that first campaign and I think makes for a better television adaptation, as much as I'm enjoying the current show (and enjoyed campaign 1).

Be fun seeing Dark Elves ripped right out of Mystara.

Thanks, I'm not a big critter, so I was unaware of that!


Bolares said:
they use german as a reference for zemnian in the show.

"From a gameplay perspective, Exandrian languages sometimes reference real-world languages but do not have direct equivalents. Zemnian, spoken by Liam O'Brien's character Caleb Widogast, uses German as a reference language, though Matthew Mercer did not consider them equivalent.[1]" 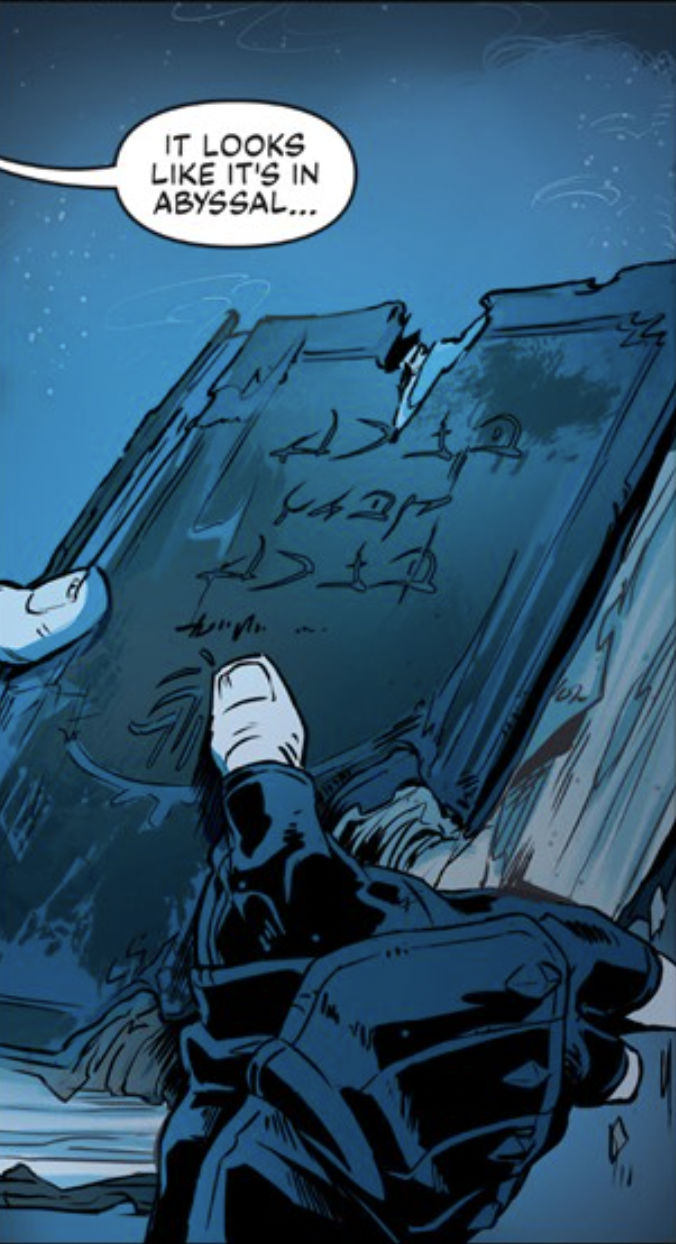 Many different languages are spoken across Exandria. Common is the most widely spoken among humanoids, though most races have a language associated with their people and some geographical locations have regional languages. Many creatures understand spoken language but not speak themselves, and...

BRayne said:
Zemnian is effectively German for reasons of Liam O’Brien wanted to play with the little bit of German he remembered from school
Click to expand...

Probably an unpopular opinion, but I'm a much bigger fan of the Nein than Vox Machina (minus Percy and Grog).

I'm mostly super happy with this because it will make it much easier to get Jester, Fjord, Nott and Bo merch.

Vaalingrade said:
Probably an unpopular opinion, but I'm a much bigger fan of the Nein than Vox Machina (minus Percy and Grog).
Click to expand...

I agree with you.

Had no idea this was in the works. Should be fun. I watched the first series and enjoyed it.

It's a long-standing tradition to misnumber things. It goes back at least to the Battle of Thermopylae. 300 Spartans, my aunt Fanny!

Ruin Explorer said:
Also I want to go on record and say Vox Machina and The Mighty Nein are terrible names for groups, and this one is particularly bad because there appear to 7 of them!
Click to expand...

All of their group names are terrible. The current team is Belles Hells, which feels like they got 75% of the way to coming up with a good name, broke for lunch, and never came back.

That said, campaign two is the good stuff. Jester is easily the best Critical Role character -- come at me, everyone! -- and Nott's story will be great to see played out on screen.

We'll see if they include some of the goofier high level stuff that happens later on in the campaign, which feels a lot like an object lesson/warning for DMs thinking of high level play.

cbwjm said:
I thought they were saying a Mighty No!
Click to expand...

overgeeked said:
It's also "nein," which is German for "no" rather than "nine" which is English for..."nine".
Click to expand...

Short version: They call themselves "The Mighty Nein" because it's a really bad pun.

jgsugden said:
7/9 will make sense in the end.
Click to expand...

Is this a Star trek joke?

Reynard said:
Is this a Star trek joke?
Click to expand...

You didn't listen to/watch Campaign 2, did you? They make the joke there.

Also I want to go on record and say Vox Machina and The Mighty Nein are terrible names for groups, and this one is particularly bad because there appear to 7 of them!

Still, hopefully it's as good as or better than Vox Machina, which I've been mostly enjoying on Prime (I wish they'd use more actual spells and fewer generic energy blasts though).

I am sure by the time I replied to this, someone has mentioned that that was the long running in character joke concerning the Mighty Nein.

In context it was a great name for an adventuring group.

Ruin Explorer said:
Also I want to go on record and say Vox Machina and The Mighty Nein are terrible names for groups, and this one is particularly bad because there appear to 7 of them!
Click to expand...

I am a fan of the livestreams, and came to accept both names in their original contexts. From the perspective of marketing their "all professional voice actors" gimmick in the early days of the livestream, Vox Machina was a solid name, even if said meta reference in Latin made no in-world sense. Mighty Nein was one of those stupid in-jokes that makes no particular sense but that you have a certain loyalty to if you were there for. But I still agree that as names to brand their cartoon shows with they are sub-optimal (even with a cool logo).


billd91 said:
It's a long-standing tradition to misnumber things. It goes back at least to the Battle of Thermopylae. 300 Spartans, my aunt Fanny!
Click to expand...

It was 300 Spartans. The perpetual failure to mention that there was also 700 Thespians, and a substantial number of the Spartans' quasi-slave heliots, who died just the same alongside them, does not change the number of Spartans which, to my recollection, the historical sources and other evidence generally agree on.

I really wish I could get into the new tabletop show. Belles Hells. I dont know what about it turns me off of it unlike the previous 2 shows

Awesome. I don't follow Critical Role, but I've been enjoying Vox Machina. So this is good news.

DarkCrisis said:
I really wish I could get into the new tabletop show. Belles Hells. I dont know what about it turns me off of it unlike the previous 2 shows
Click to expand...

Agreed. I still watch…most episodes. For me it’s that everyone went with a joke character with a tragic backstory, except Liam. Like they all got together and decided that Jester and Caleb would be great templates and everyone made a kinda-funny, kinda-tragic character. The result just doesn’t come together as a whole.

B
Critical Role: The Mighty Nein – The Nine Eyes of Lucien Review

Critical Role Critical Role show kickstarter update: Backers have to get Amazon prime to get the show
7 8 9 10 11