This cunning pirate championed the seas around Ireland and even stood up directly to (in the same room as and in front of) Queen Elizabeth I, taking word (and sword) to power whenever the need called for it: Grace O’Malley! 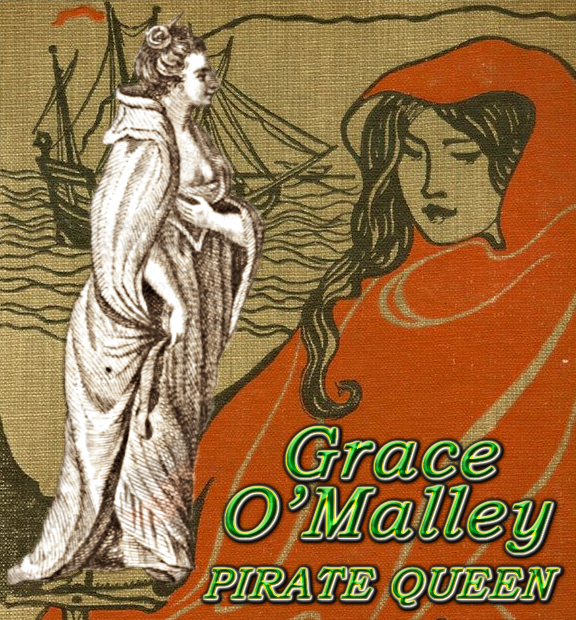 Born in 1530 to Eoghan and Maeve Uí Mháille (O'Malley), Grace was something of a favorite and she got away with a lot (whether you’re talking about her youth or her older years). The Uí Mháille were one of the relatively few seafaring clans, their lands of then over 300 years (now the barony of Murrisk, or at least most of it) protected on the coasts by a row of castles. She received a formal education, spent plenty of time on the water, and then marries Dónal an Chogaidh Ó Flaithbheartaigh (Donald O'Flaherty) in 1546 and has 3 kids with him: Eoghan (Owen), Méadhbh (Maeve), and Murchadh (Murrough). Unfortunately Dónal dies only a few years later, killed while hunting in 1565. A short time afterward she takes up a shipwrecked sailor as her lover and he’s also killed by warriors from a rival clan, but this time she doesn’t just pack up her things and return home—instead she tracks his murderers down to Doona Castle in Blacksod Bay and slays them, earning the nickname the Dark Lady of Doona.

Then 1567 rolls around and she marries again, this time to Risdeárd an Iarainn (‘Iron Richard’) Bourke (so named because of his ironworks). Over the next three odd decades she continues enacting vengeance upon her enemies, acquires a proper reputation (for defeating men in battle, capturing ships, and taking castles), and personally leads her armies in battle during 3 separate rebellions against British governors. The English governor of Connacht, Sir Richard Bingham, eventually has enough of this and in the spring of 1592 her eldest son is killed, youngest son is kidnapped, and her lands are taken from her. At this point Grace is a sixty-two year old so rather than fight back with blades, she arranges to meet with Queen Elizabeth I. Being the badass she is Grace sneaks a dagger into the royal court and refuses to bow (both offenses carrying the death penalty), and declines the title of Countess—sticking by the explanation that they are equals. In the end she gets her offspring released, Sir Richard Bingham leaves Ireland, and Grace stops supporting insurgencies. But only for a while. Eventually the governor returns to Connacht and O’Malley supports Ireland in the 9 Years War against England, finally dying at the (incredible at the time) age of 72 years.

Fun fact: During a castle fight she made fun of her son, telling him, "Are you trying to hide in my arse, the place that you came out of?"
Double fun fact: Grace was literally put onto the map by the Queen of England. Who can say that?!? 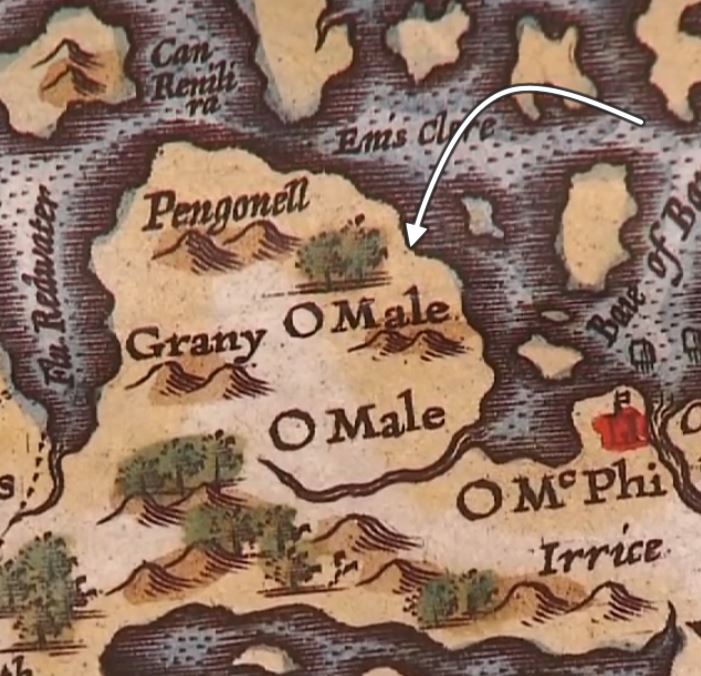 Design Notes: I didn’t come across much about how Grace O’Malley was a badass, and mostly just a lot of material about her being a badass so we’re leaning into “tough as nails pirate queen” with her build. Not a crack shot like Anne Bonny or a fleet commander of countless ships like Ching Shih, but a lady who can throw down with pretty much anybody and hold her own whether on the deck of a ship or in the court. As for the numbers—she came in at 10.1 via the DMG and 10.2 on the Blog of Holding. Right then, I’m off to run a game with some pirate queens now.

Background: Nautical. Grace is able to acquire passage on a sailing ship for her and her allies free of charge. She has no control over the ship’s route, departure, or return, and although no coin is required she and her companions do have to help crew the vessel.

Action Surge (1/Short Rest). On her turn, Grace can take an additional action on top of her regular action and a possible bonus action.

Brutal Toughness. Grace gains a +1d6 bonus to saving throws and death saves (treating final results of 20 or higher on a death saving throw as a natural 20).

Cunning Action (1/Turn). Grace can take a bonus action to take the Dash, Disengage, Hide or Use Object action, Dexterity (Sleight of Hand) check, or to use thieves’ tools to disarm a trap or open a lock.

Fast Learner. After Grace has heard a creature speak for 1 minute or longer, she can mimic its manner of speaking as long as she knows the same language as the creature (allowing her to seem like she is local to a given region).

Feat: Diplomatic. Grace can make a Charisma (Persuasion) check contested by the Wisdom (Insight) check of a creature that can understand what she says during 1 minute of talking. On a success, as long as Grace remains within 60 feet of it (and for 1 minute afterward) the target is charmed by her. Grace automatically fails on the check if she or her companions are fighting the target.

Feat: Mobility. Grace can Dash through difficult terrain without requiring additional movement. Whenever she makes an attack against a creature, she doesn’t provoke opportunity attacks from that creature until the end of her turn.

Indomitable (1/Long Rest). Grace can reroll a saving throw that she fails but must use the new roll.

Second-Story Work. Climbing does not cost Grace extra movement. When she makes a running jump, the distance she covers increases by 4 feet.

Tactician. Grace is able to use the Help action to aid an ally attacking a creature as long as the target of the attack is able to see and hear Grace and is within 30 feet of her.


ACTIONS
Extra Attack. Grace attacks three times when she takes the Attack action. When she uses a bonus action to engage in two-weapon fighting using a dagger, she can add her Dexterity modifier to the damage of her fourth attack.


REACTIONS
Uncanny Dodge. When an attacker Grace can see hits her with an attack, she can use her reaction to halve the attack’s damage against her.

Yay, I've been waiting for her! Great job. I like the fact that she's high-INT.
A

I love seeing ideas drawn from Irish legend and lore. Thanks.

I read about her fairly recently looking up and validating that the women pirates thing actually happened if I recall.

jayoungr said:
Yay, I've been waiting for her! Great job. I like the fact that she's high-INT.
Click to expand...

Aye if there's anything that's certain about her personality and modus operandi, it's that she was very cunning.


Arnwolf666 said:
I love seeing ideas drawn from Irish legend and lore. Thanks.
Click to expand...

There are a few others if you sift around in the article category on the top right of the page!


Garthanos said:
I read about her fairly recently looking up and validating that the women pirates thing actually happened if I recall.
Click to expand...

Yup! There were a bunch of lady pirates. We got 3 here just in this series!
T

Kudos for avoiding spellcasting in an historical personage, this time!

Tony Vargas said:
Kudos for avoiding spellcasting in an historical personage, this time!
Click to expand...

He has used the OGLized version of the Mike Mearles Happy Fun Time Warlord for a number of instances on here too.

I'm still quite taken with Vlad the Impaler build. Spent a ton of time polishing the Occultist to work right. :3

Mike Myler said:
I'm still quite taken with Vlad the Impaler build. Spent a ton of time polishing the Occultist to work right. :3
Click to expand...

3pp is pretty extensive for 5e I think it was a LazyLord variety of Noble from ToC or some such that my son was playing there for a while. ( kind of ironic i was one of at least two who paralel came up with LazyLord for 4e I called mine a Prince(ss) Build )

Garthanos said:
3pp is pretty extensive for 5e I think it was a LazyLord variety of Noble from ToC or some such that my son was playing there for a while. ( kind of ironic i was one of at least two who paralel came up with LazyLord for 4e I called mine a Prince(ss) Build )
Click to expand...

Touch of Class had a class called a Noble and a Path of the Heart.

Garthanos said:
Touch of Class had a class called a Noble and a Path of the Heart.
Click to expand...

Ah, the original version then.

Original?
4E - The Non Combatant (Princess) or How to Abuse a Warlord

Garthanos said:
Original?
4E - The Non Combatant (Princess) or How to Abuse a Warlord
Click to expand...

I thought you were referring to an archetype for the Noble in A Touch of Class that is included in the revised version (it's called the Path of the Royal Mystic).

Mike Myler said:
I thought you were referring to an archetype for the Noble in A Touch of Class that is included in the revised version (it's called the Path of the Royal Mystic).
Click to expand...

Another great job at writing up a Pirate Queen! I fancy the character of Elizabeth Swann (played to perfection by Keira Knightley) especially when she becomes the Pirate King. She ruled the pirates with her very high Charisma and inspirational skills. I am not sure how she would be written up. I am still waiting for Hercules...lol 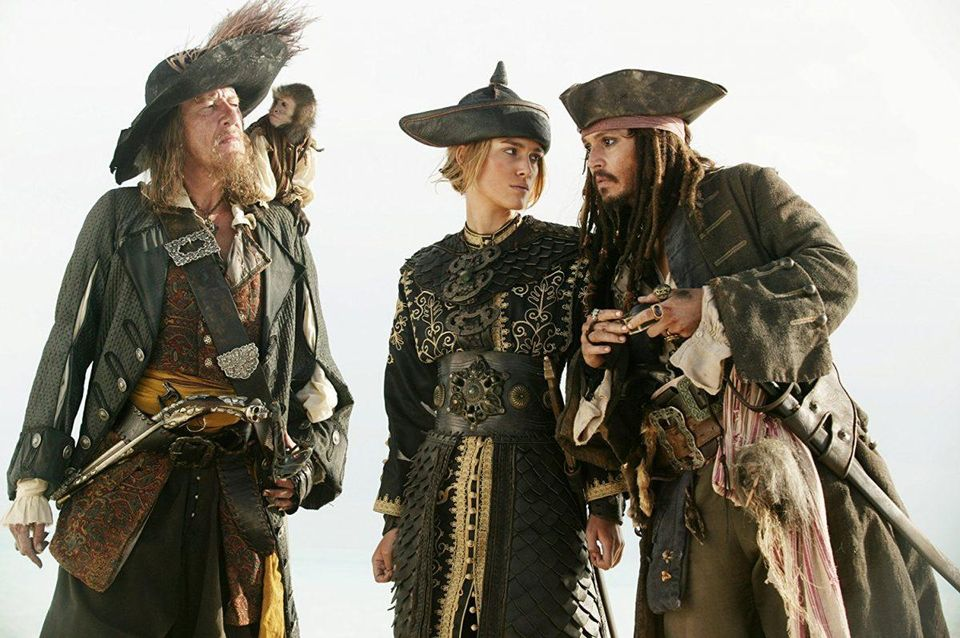 Garthanos said:
Is that in A Touch More Class? as I do not think i have seen the Royal Mystic.
Click to expand...

It is. It's in the revised version (also found in the Masterclass Codex). All the original classes got review- and critique-based tweaks so if you don't have the MC, it will be worth the buy. It's on sale right now too! The Masterclass Codex: Sixteen New Character Classes For Your Fifth Edition Campaign - EN Publishing | D&D 5th Edition | DriveThruRPG.com
A