Don’t forget, you can get all the news every week with Morrus’ Unofficial Tabletop RPG Talk! This week, Morrus and Peter are joined by Mike Olson to talk about Carbon Grey: The Role-Playing Game and Omnibus. 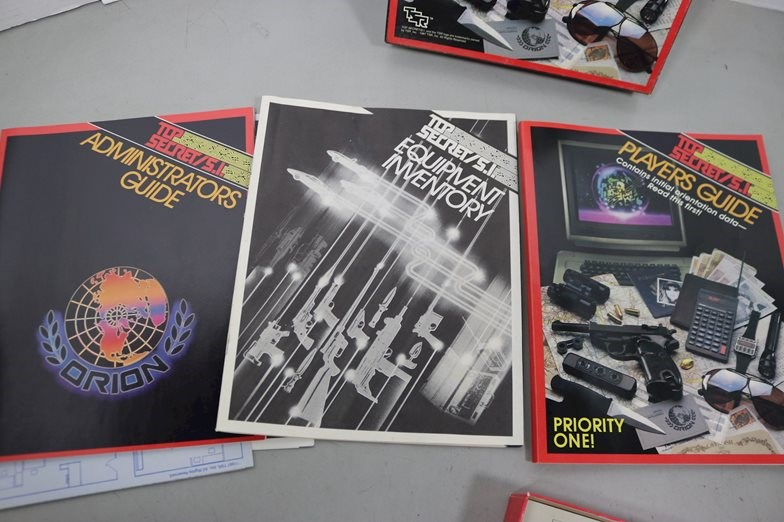 Wizards of the Coast posted a new survey asking about the different classes for Dungeons & Dragons 5e. The survey starts off by asking you if you would like to rate the classes for D&D and surprisingly, if you answer “No”, you are not kicked immediately out of the survey with a “Leave and Begone!” like the old Ultima games. Instead, you’re asked if you have anything else you’d like to say. However, if you would like to give feedback on the classes, you will be asked to choose which classes you wish to give feedback on and then rate your satisfaction with the class overall and then for specific powers or abilities for that class. The survey doesn’t have an end date, but likely there will eventually be a cutoff before they stop looking at the data so be sure to get your opinions in soon. 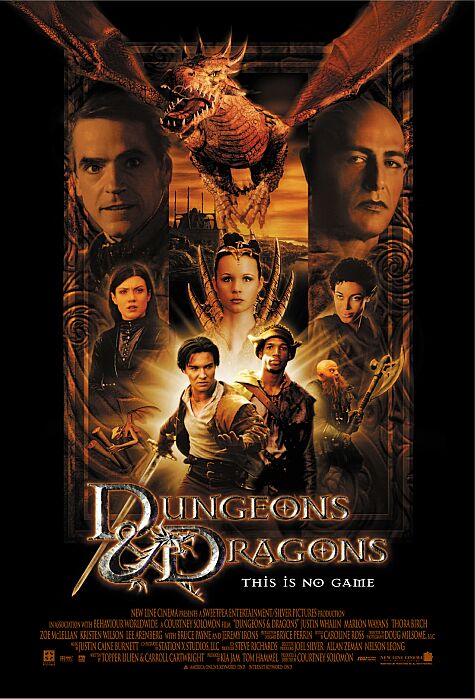 John Francis Daley, one of the co-directors of the live-action Dungeons & Dragons film, announced on Twitter that the film is a wrap. This means that all shooting on set or location has been completed for principal photography, but there still remains a lot of work to be done. On top of editing and special effects, there will likely be reshoots scheduled in the coming months. While this is sometimes reported as a sign of a production in danger, all films undergo a reshoot process after principal photography has finished so don't be surprised when it happens for this one. The film is set for release in March 2023. And yes, I’m going to keep using that poster image until they release official images for the movie.

Unfortunately, things do not seem to be going as smoothly for the Magic: The Gathering animated series for Netflix. Showrunners Anthony and Joe Russo (Captain America: Civil War, Avengers: Infinity War, Avengers: Endgame) have left the project due to creative differences. Two writers for the series, Jose Molina (Agent Carter, Grimm, The Tick, Vampire Diaries) and Henry Gilroy (Star Wars Rebels, Batman: The Enemy Within, Star Wars: The Clone Wars), have also exited the project. Veteran animation director Jeff Kline, who has acted as showrunner for multiple Transformers series as well as Jackie Chan Adventures and the Men in Black animated series, will be taking over production of the CG-animated original series with Steve Melching (Star Wars: Clone Wars, Star Wars Rebels, Star Wars Resistance, Transformers: Robots in Disguise) taking over as co-producer and story editor. The only announced cast so far is Brandon Routh (Superman Returns, DC’s Legends of Tomorrow, Scott Pilgrim vs The World) as Gideon Jura. The series is planned for a 2022 release. 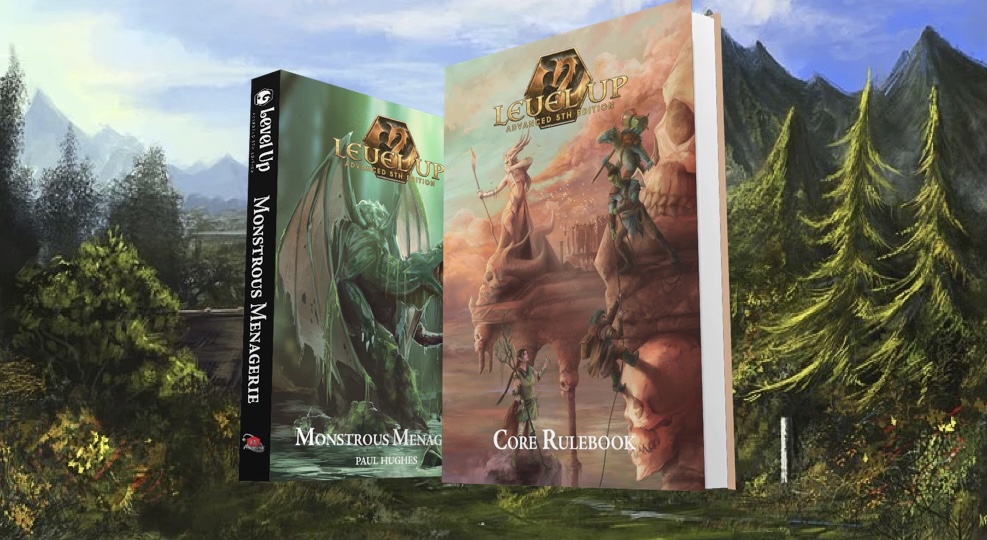 The advanced 5e rules supplement Level Up from EN Publishing is almost here and you can sign up for notifications when the Kickstarter launches in a matter of weeks! Level Up 5e is fully compatible with the standard 5e rules while adding layers of additional options, choices, and detail for your games. The website has been updated with an exhaustive list of what to expect from Level Up 5e. Over the past year, EN Publishing released several previews for what to expect from the game, with the newest featuring a peek at the encounter-building table. The Kickstarter for Level Up 5e goes live on October 5.

Renegade Games announced a new roleplaying game system to power their Hasbro-licensed games, Essence 20. The system is somewhat based on the D20 System but with heavy modifications. Designer Elisa Teague spoke with Rob Wieland for Forbes describing the system:

The Essence20 Roleplaying System is a d20 based system that uses what I call a ‘fashion plate’ system for character design, drawing from three aspects: what type of person are they, what is their function as part of the team, and what experiences have they had in their life prior to becoming a hero?

“When rolling Skills Tests and Attack Rolls, a player will always roll a d20 plus the applicable die for the type of roll they are making, resulting in a total that must exceed the Skill Test’s Difficulty in order to succeed. Essence20 also includes a ladder mechanic, where if a character has specialized in a particular Skill, they may roll their Skill Die plus every other die type under it, choosing the highest die result to add to their d20 roll. A critical success is made when any Skill Die shows its highest number, giving a huge chance of rolling crits, mathematically, and of course, then being able to roleplay those epic results in the most heroic way possible!”
Click to expand... 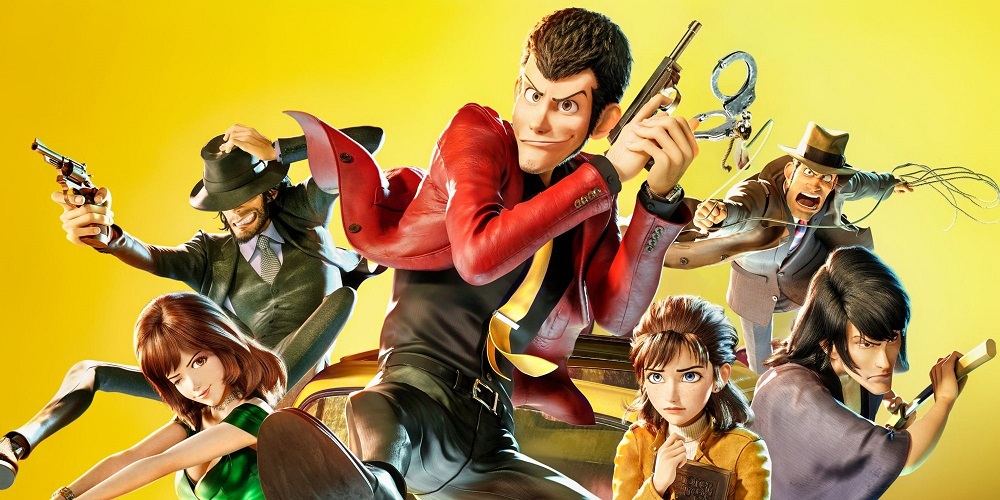 Long-running anime and manga series Lupin the 3rd is getting a tabletop roleplaying game adaptation. The game published by Magnetic Press will feature a core rulebook using the D6 System from West End Games. Magnet Press is currently Kickstarting another licensed property using the WEG system, Carbon Grey based on the 2011 Image Comics series (which you can find out more about on this week's Morrus' Unofficial Tabletop RPG Talk podcast). Lupin the 3rd first appeared in manga form in 1967 and over the decades has been adapted into six television anime series, eleven theatrical films, two live-action films, and more. The series is based loosely on the character Arsène Lupin by French author Maurice Leblanc which helped popularize the “gentleman thief” archetype in the early 1900s. The series focuses on his grandson, Arsène Lupin III, and his team of thieves as they attempt to steal valuable treasures around the world (while getting caught up in more dangerous plots of others) while evading their nemesis, Koichi Zenigata of Interpol. There is no announced release date for the game at this time, but further details will be released during the 50th Anniversary celebration for the original anime series this October.

Multiple companies have broken ties with The Broken Token following abuse, sexual harassment, and sexual assault allegations against the company’s CEO, Greg Spence. The Broken Token designs and manufactures wooden inserts and cases for popular tabletop games, some of which are produced under license. A former employee posted details of her interactions with Spence, which prompted Evil Hat Productions, Cephalofair Games, Arcane Wonders, Iello USA, Floodgate Games, Greater Than Games, Grey Fox Games, and others to announce they were ending all licensing agreements with the company. GAMA, the trade organization for the tabletop gaming industry, reacted to the news by announcing they will create a code of conduct for all members beginning in 2022. In a statement posted to Twitter, Spence denied the allegations. 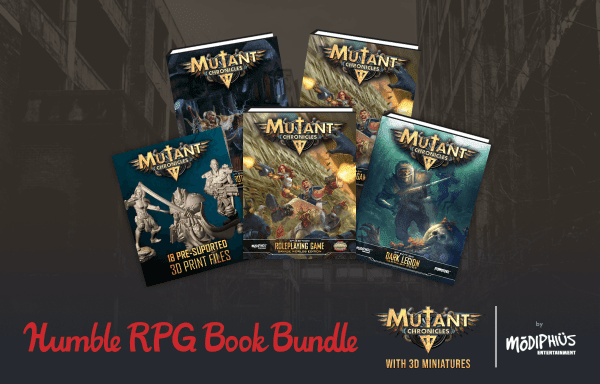 Darryl Mott is a tabletop gaming and media journalist with bylines from outlets including Ain't It Cool News, EN World, and Zombie Orpheus Entertainment. He also makes videos for YouTube and does live streams on Twitch as well as doing post-production and editing for the Morrus' Unofficial Tabletop RPG Talk podcast.
C

I had missed out on most EN World, Thanks for the share.

Plus Arby's now has the meats and the dice. sevenbastard said:
Plus Arby's now has the meats and the dice.

Huh. Sold out too. Clear dice with little Arby's hat inclusions, a full RPG set. I feel like society as a whole has finally jumped the shark . . . .

Movies, new games, companies crashing due to the bad behavior of their founders... That's all well and good, yet I feel like the biggest news of the week somehow got missed...

The 2021 Iron DM Tournament is underway!

Iron DM has been a staple of these boards for longer than these boards have been around. It's a prestigious contest with a long and glorious tradition and if you are not familiar with it you should definitely check it out.