News Digest for the Week of June 26

Don’t forget you can get all the week’s gaming news at Morrus’ Unofficial Tabletop RPG Talk. This week, Morrus and Peter are joined by Jon Hodgson from Handiwork Games to talk about the new Beowulf RPG currently on Kickstarter. 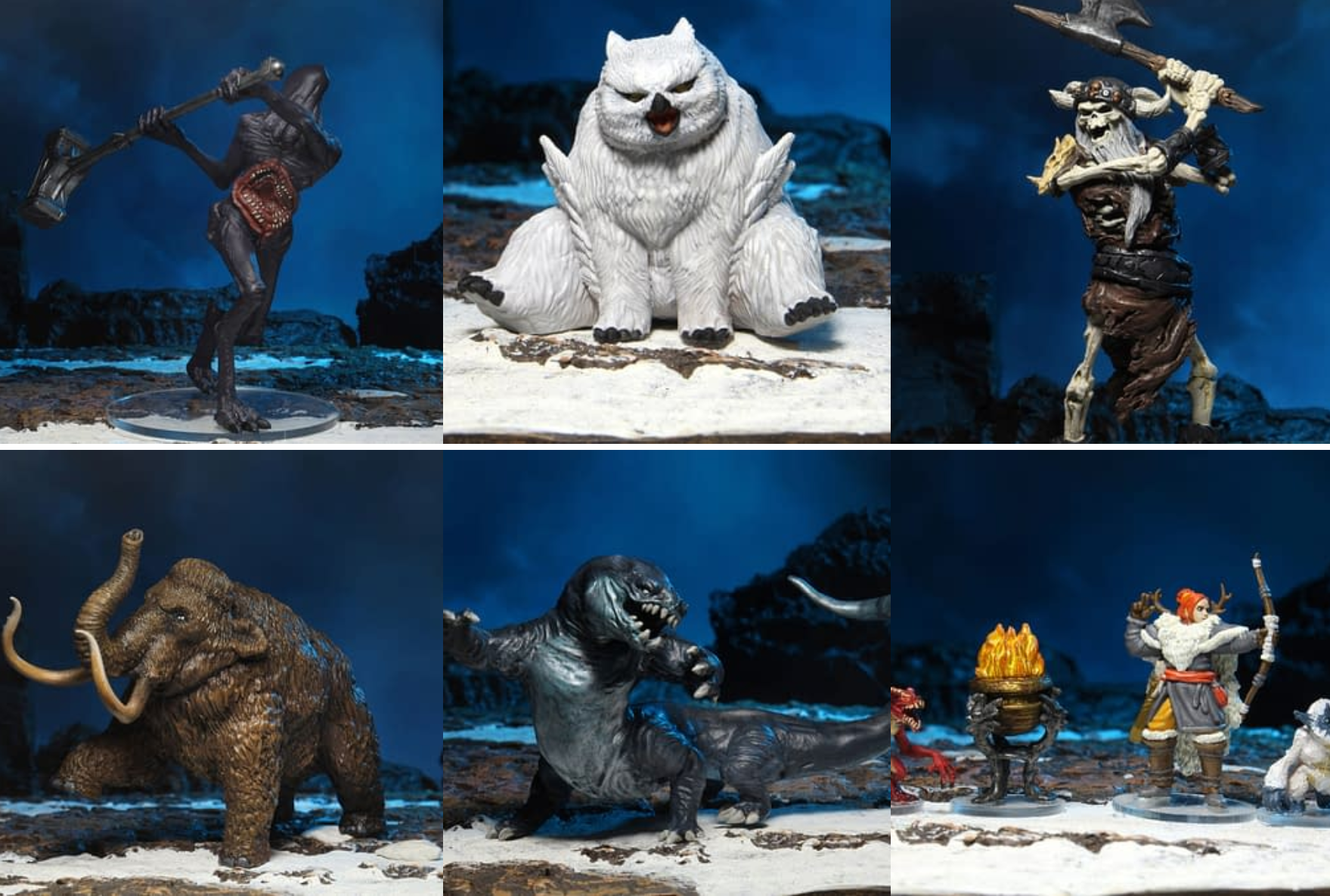 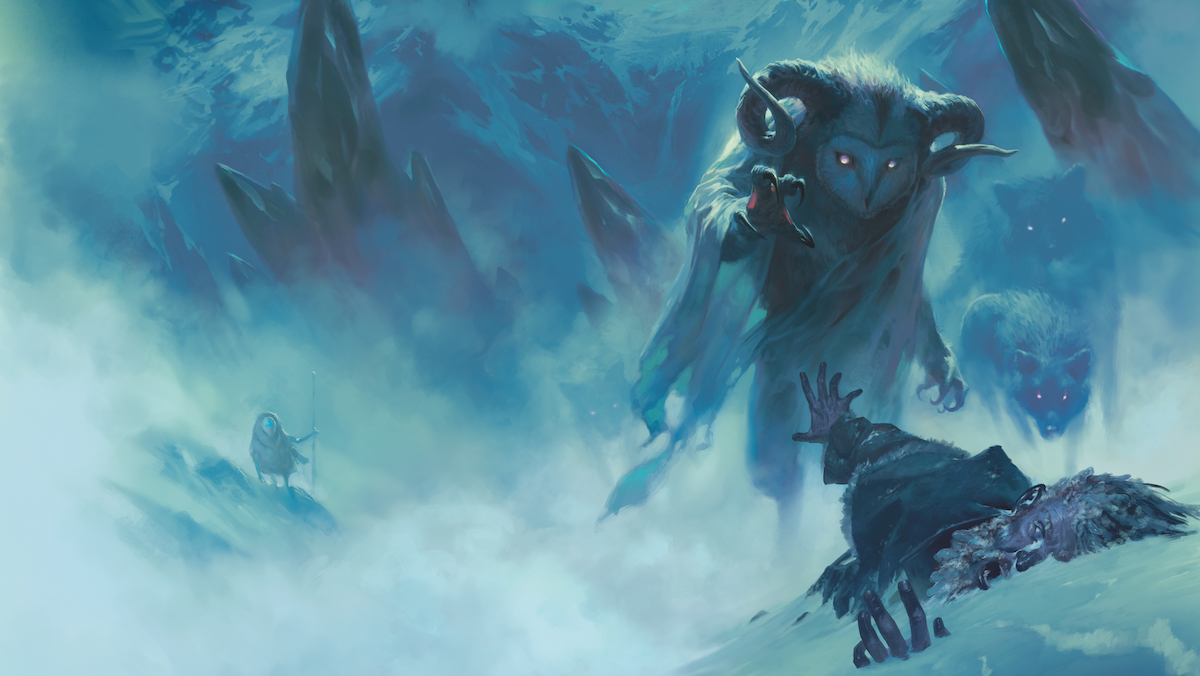 Chris Perkins released some new details about Icewind Dale: Rime of the Frostmaiden and spills the adventure’s primary inspiration. Drawing inspiration from the John Carpenter horror classic The Thing, Perkins said that the adventure will include a “traitor mechanic” in order to foster a sense of mistrust and paranoia among the party. Each player will get a card with some secret about their character and it’s up to the player to decide when or if to reveal the secret to the rest of the party. But if you decide to keep yours secret, it may come up during the adventure and force your hand, revealing all to the rest of the characters.

Another reveal, this one coming from the live streams over the weekend, is the announcement that kobolds will receive a new stat block for Rime of the Frostmaiden. This statblock will adhere to the new guidelines on humanoid creatures and alignment and have kobolds as a humanoid of any alignment. Individual characters within the adventure will have individual alignments based on their character rather than having it prescribed to them by nature of being a kobold. Also, in a bit of humor, they released an unofficial stat block for Three Kobolds in a Trenchcoat that’s exactly what you think it is.

The new adventure Rime of the Frostmaiden is due for release in September with a retail price of $49.95. 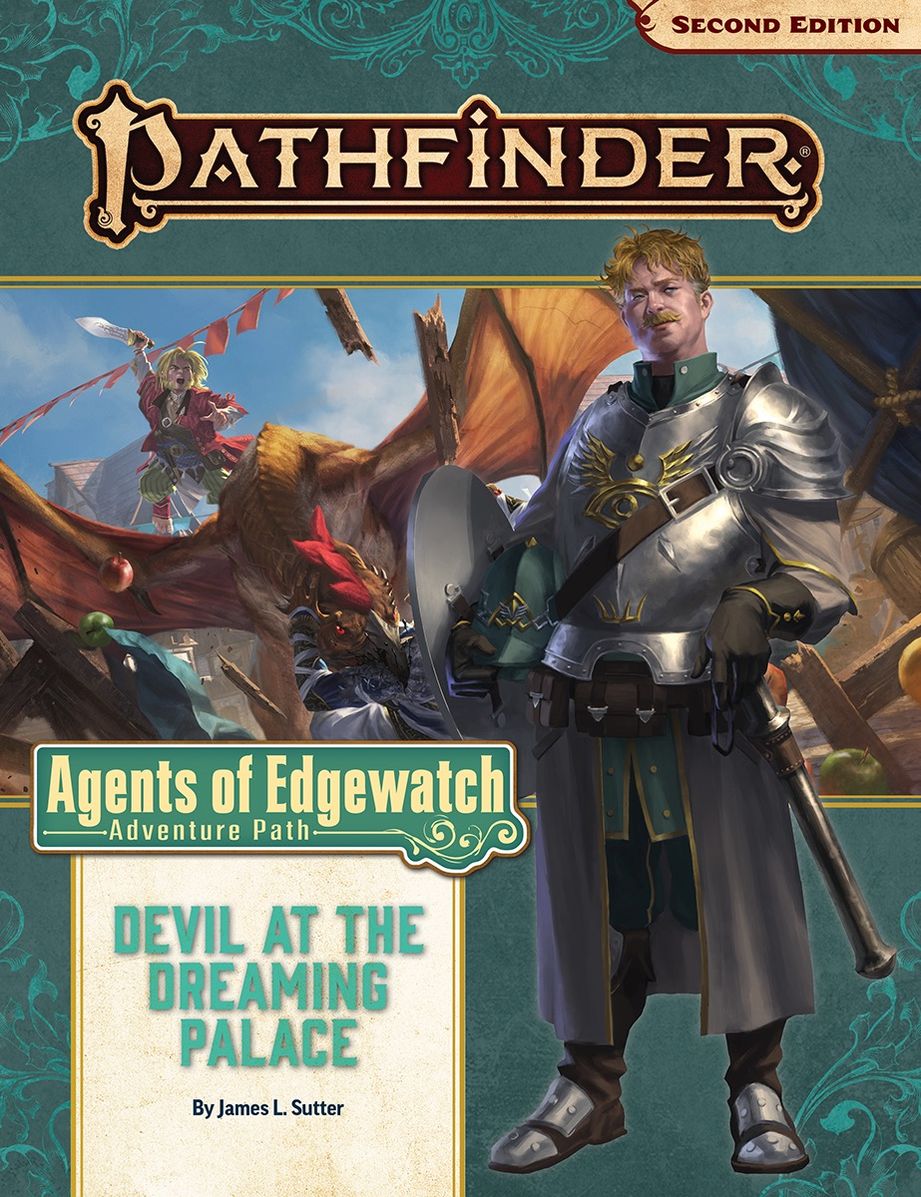 Paizo released an apology for the upcoming Agents of Edgewatch adventure path for its police theme. The adventure places the party in the role of agents of Edgewatch, a new division of the city watch of Absalom, as they attempt to “crack the case and bring these villains to justice”. With the current political climate in America with daily protests against police violence and polls showing majority support of major reforms or a complete overhaul of police in the United States, the adventure path became the subject of controversy for placing characters in the role of police in a fantasy setting. Erik Mona wrote a long apology (which is reproduced in full in the link above):

In our heads, this was a classic detective story, not a chance for players to act out power fantasies of being militarized police officers oppressing citizens. As publisher, I was confident that we could steer well clear of egregious parallels to modern police violence and handle the material responsibly.

But there’s more to it than that. What I hadn't realized—no doubt a result of my own privilege—is that the very concept of police, the idea of in fact taking on the role of police, makes some members of the Paizo community deeply uncomfortable, no matter how deftly we might try to pull off the execution.

While I remain proud of the work we as a team have put into the Agents of Edgewatch campaign, and I believe that our writers, developers, and editors have ensured that the subject matter has been handled responsibly, I also believe that if we were making the decision about Adventure Path themes today, we would have chosen to go forward with a different idea, or a different take on a similar detective-story theme. For many of us here at Paizo, our understanding has evolved, not just of the horrible impact of police violence, but how some members of our community—especially those who are also members of the Black community—have not had the luxury of ignoring it.

To that end, I should acknowledge that some members of our staff did raise concerns about the campaign’s theme early on. In retrospect, I did not give these concerns the full audience that they deserved, and I regret this oversight. That’s part of the learning process, too.

While we cannot afford to cancel or delay the Adventure Path, we want to show our commitment to remedying our earlier choices through action. […] Paizo will donate a portion of proceeds from all volumes of the Agents of Edgewatch Adventure Path sold through the end of 2021 to the NAACP Legal Defense Fund. Lastly, next month, we’ll announce another major fundraising effort focused squarely on Paizo’s products, with charity proceeds to benefit Black-oriented charities. We hope you will join us in these efforts.
Click to expand... 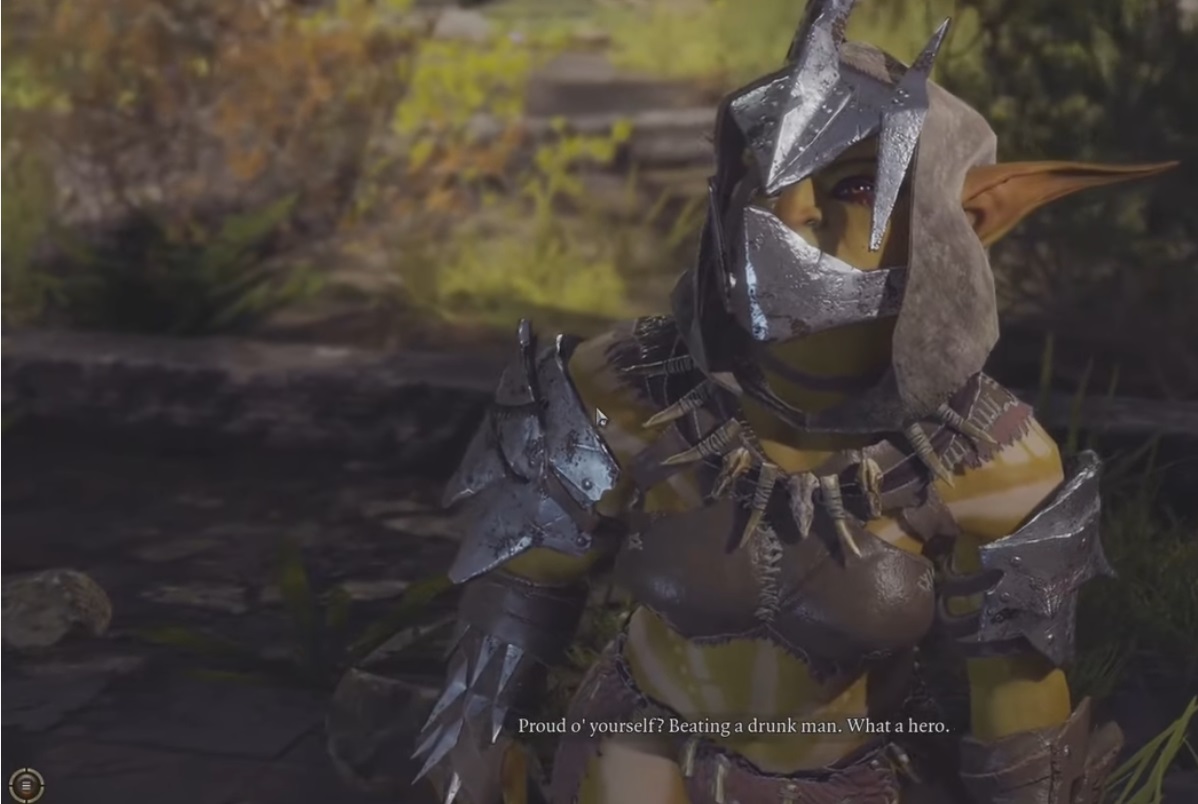 ​
Larian Studios debuted another gameplay demo of Baldur’s Gate III at the D&D Live event. Lead designer Swen Vincke played the beginning of the game giving commentary on the design as he went in a presentation lasting an hour and a half. Not only do we get to see the full opening cinematic in its current state, but the demo shows off exploration, skill checks, dialogue options (and how skills affect them), and of course combat. Changes of note from the previous gameplay demo is that dialogue is presented in present-tense rather than the past-tense of Divinity: Original Sin and more directly reflects the dialogue, NPC companions can interact among themselves during downtime scenes similar to previous Baldur’s Gate games, more action options are available in combat, and many of the character models have received overhauls. Oh, and there’s at least one plot spoiler in the demo so don’t say I didn’t warn you. Early access for Baldur’s Gate III is currently slated for August 2020 and is expected to cover the complete first act with at least 10 hours of gameplay and possibly more than 15, though both the release date and the scope are subject to change.

Paizo released a preview of the new Starfinder pre-painted miniature set from WizKids. In a pair of posts, Paizo showed off the new miniature sets for Starfinder Battles: Galactic Villains and Starfinder Battles: Galactic Heroes. Each set features a blister pack of six pre-painted minis, so there’s no random chance here. You see exactly what you’re getting and every package is the same. The blog posts make it clear that this is more or less a test run to see if there is a demand for more Starfinder miniatures in the future. Paizo’s website lists a release of late July, but WizKids says pre-orders will be fulfilled in September, but in either case the two miniature sets will be available for a retail price of $34.95 each.

Publisher Services Inc. (PSI), one of the largest sales and fulfillment services companies in the United States for gaming, reduced their roster of hobby game distributors from five down to just three. ACD Distribution, Alliance Game Distributors, and Peachstreet Hobby Distribution remain on the list, while GTS Distribution and Southern Hobby Supply are no longer serviced by the company. PSI holds distribution deals with several board game companies as well as RPG publishers like Asmodee, Wizards of the Coast, Cubicle 7, Monte Cook Games, Catalyst Game Labs, Steve Jackson Games, and accessory companies like Chessex and Q Workshop. This means that going forward, hobby stores may have to switch distributors in order to maintain stock and get new releases from some of RPG’s largest publishers or risk not being able to carry them at all.

Humble’s Map Extravaganza Bundle is still going, featuring over $300 worth of assets for maps and tokens plus licenses for Campaign Cartographer 3, City Designer 3, Dungeon Designer 3, and more programs perfect for creating your own custom maps. This bundle runs until Wednesday, July 8, and benefits Doctors Without Borders. We’re also in the final days of the Dungeons, Mazes, & Barrows Bundle featuring over thirty DRM-free digital books for 5e including adventures, maps, campaign settings, DM toolboxes, and more. This bundle runs until Wednesday, July 1, and benefits Book Industry Charitable Foundation.

You don’t have too much time to grab the two Kickstarters this week, so make sure to check them out fast. The first is Beowulf: Age of Heroes, which draws inspiration from the oldest stories in Western Europe to create a duet-play variation of 5e. While you can easily use the book as a standard campaign setting book, where it really shines is how it adapts 5e’s rules to a one-player, one-DM game thanks to a brand new take on classes and an overhauled follower system that replicates the feeling of old heroic epics. The PDF is available for a £15 (about US$19) pledge while the print book is £36 (about US$45). This project is fully funded and working on its last few stretch goals before it ends on Tuesday, June 30.

If you want to add some unique flavor and challenge to your boss fights, Fantastic Lairs brings exactly that. The book features twenty unique settings for a climactic battle of an adventure or campaign covering with options for encounters from 1st to 20th level. And to make it even easier to run, both reward tiers include virtual tabletop ready artwork to cut down on prep time. You can get the digital version for $15 in both PDF and ePub formats or add on a voucher for an at-cost print version for $20. There are still a few stretch goals left on this project before it funds on Wednesday, July 1.


That’s all from me for this week! Don’t forget to support our Patreon to bring you more gaming news content. If you have any news to submit, email us at news@enworldnews.com, and you can get more discussion of the week’s news on Morrus’ Unofficial Tabletop RPG Talk every week. You can follow me on Twitch where I’ll test out my new Playstation 4 and capture card (as soon as I get it working), subscribe to Gamer’s Tavern on YouTube for videos on gaming history, RPG reviews, and gaming Let’s Plays, or you can listen to the archives of the Gamer’s Tavern podcast. Until next time, may all your hits be crits! Note: Links to Amazon, Humble Store, Humble Bundle, and/or DriveThru may contain affiliate links with the proceeds going to the author of this column.
Click to expand...

Darryl Mott is a tabletop gaming and media journalist with bylines from outlets including Ain't It Cool News, EN World, and Zombie Orpheus Entertainment. He also makes videos for YouTube and does live streams on Twitch as well as doing post-production and editing for the Morrus' Unofficial Tabletop RPG Talk podcast.
R

Regarding the Humble Bundle. Does anyone know if Campaign Cartographer integrates with Roll20?

Eyes of Nine said:
Regarding the Humble Bundle. Does anyone know if Campaign Cartographer integrates with Roll20?
Click to expand...


I'm not positive. I have Campaign Cartographer 3, but not Roll20. You can save your CC3 maps as a JPG (or other image file) and presumably import them into Roll20.

Chose "Save As" and pick an image format. Use "Options" to change the pixel size.

Be sure to bump the pixel size of the saved JPG up until you get a decent image. Trial and error there since I don't have Roll20.