News Digest for the Week of June 5

Don’t forget, you can catch up on all the week’s news with Morrus’ Unofficial Tabletop RPG Talk. This week, Morrus and Peter are joined by Robert Marriner-Dodds of Studio Cerca to talk about Carbon 2185 and Studio Cerca. 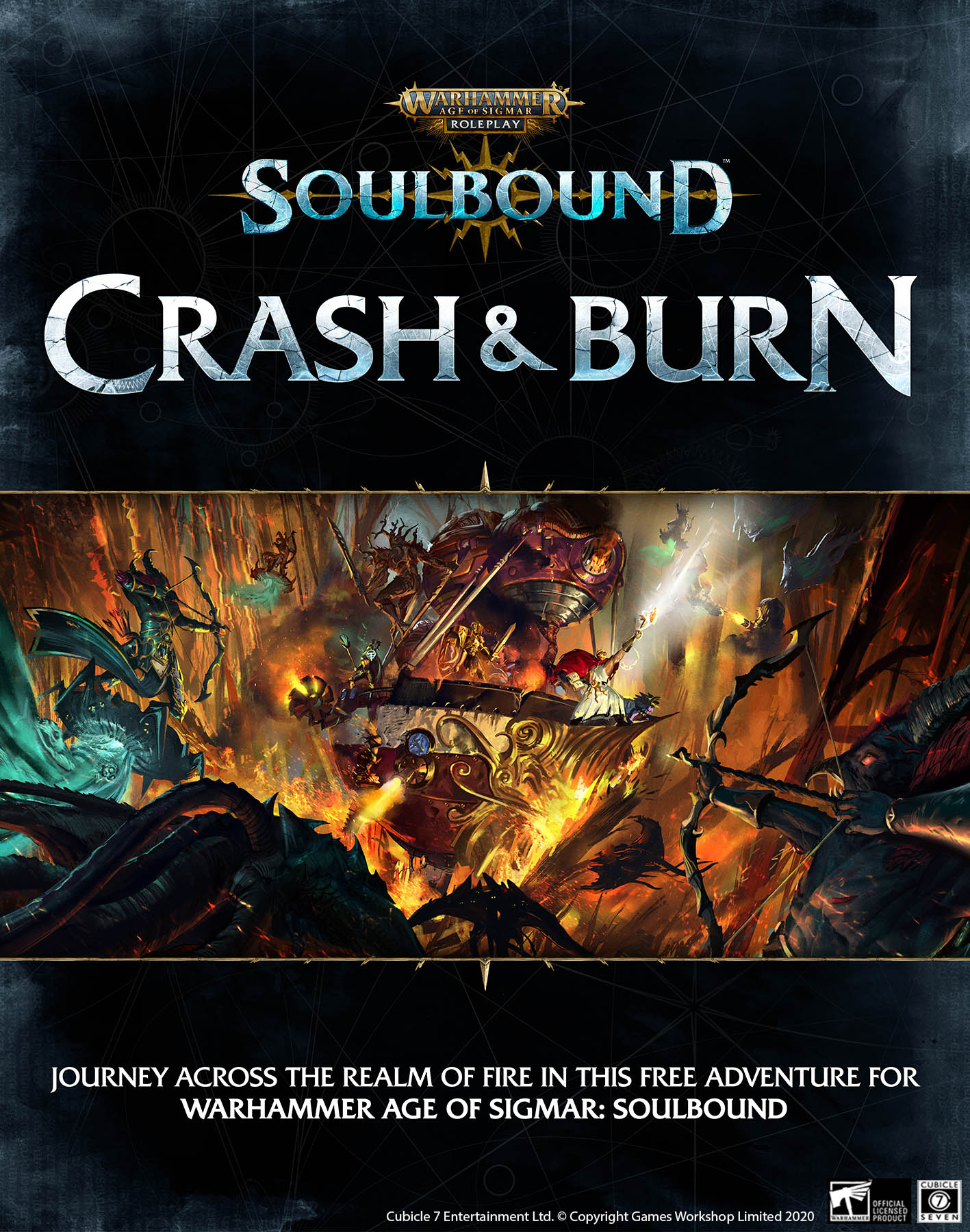 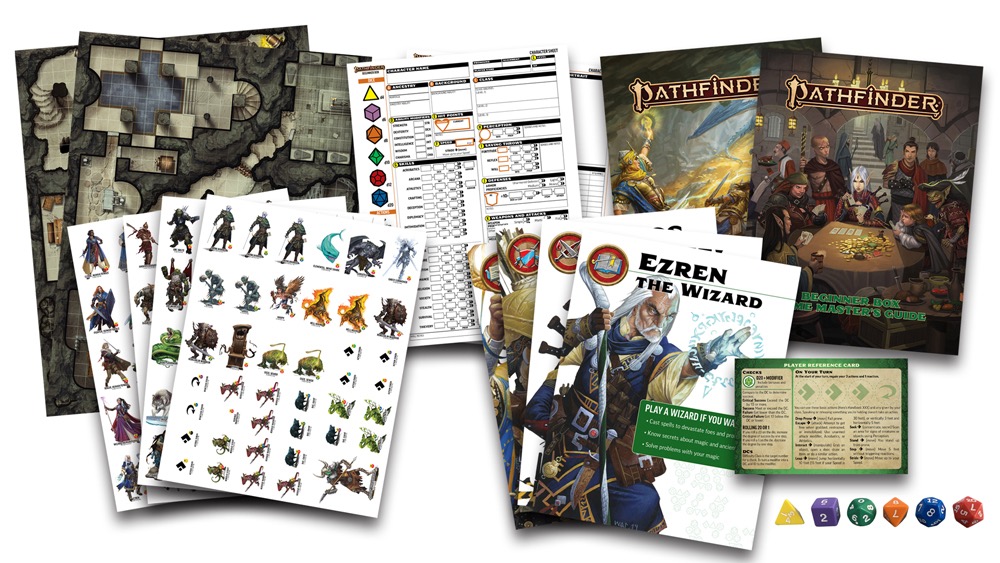 At PaizoCon Online 2020, Paizo announced the planned release line for the rest of the year and for early 2021 for the Pathfinder 2nd Edition game line. First is the Advanced Player’s Guide, a 272-page hardcover with more options for character creation. The book includes four new classes (investigator, oracle, swashbuckler, and witch), five new ancestries and five new heritages (aasimir, catfolk, changeling, dhampirs, duskwalkers, kobolds, orcs, tieflings, ratfolk, and tengu), 40 new archetypes including multiclass archetypes for the four new classes, new class options for all twelve Core Rulebook classes, and more new rules, feats, spells, and rituals. The Advanced Player’s Guide is due in late July with a retail price of $49.99 with a special deluxe faux-leather bound version for $69.99.

Next is the Pathfinder 2nd Edition Beginner Box, a boxed set of introductory rules that, in normal Paizo style, is a great value for the money and useful even to already experienced players. The set features a 80-page Hero’s Handbook (a streamlined rulebook), a 96-page Game Master’s Handbook (with rules, monster states, and an introductory adventure), a set of dice, four pre-gen characters, player reference cards (including a key for the new action system’s symbols so it’s easy to keep track), and (the best parts) a two-sided flip map and over 100 of the Paizo high-quality stand-up cardboard pawns for player characters, NPCs, and monsters. The set is due for release in October 2020 with a retail price of $39.99.

There’s more support for new players as well with the adventure Troubles in Otari, which picks up where the introductory adventure leaves off. This anthology book includes three adventures meant to take characters from where they left off, each with their own playstyle of linear story adventure, sandbox, and puzzle-filled dungeon crawl. This adventure is due out in October 2020 with a retail price of $22.99. Two new Adventure Paths were also announced that dovetail with one another and with the Beginner Box. Abomination Vaults is a dungeon-focused three-part adventure path that parallels Troubles on Otari followed by another three-part path, Fists of the Ruby Phoenix focused on a martial arts tournament and starts at 10th level. The first adventure in Abomination Vaults, Ruins of Gauntlight, is due in January of 2021 with regular releases thereafter.

The next big sourcebook is the Bestiary 3, though there’s not a lot of information about it other than it will “fill in the gaps of any iconic Pathfinder monsters that didn’t make the cut for the first two bestiaries” and it has a March 2021 release date. We do get a bit more information about Pathfinder Lost Omens Ancestry Guide, which will feature new uncommon and rare ancestries of the Lost Omens setting. So far we have confirmed the geniekin, kitsune, and android as well as the promise of new ancestries that have never been available to players in the past. There’s no release date yet for the Ancestry Guide. 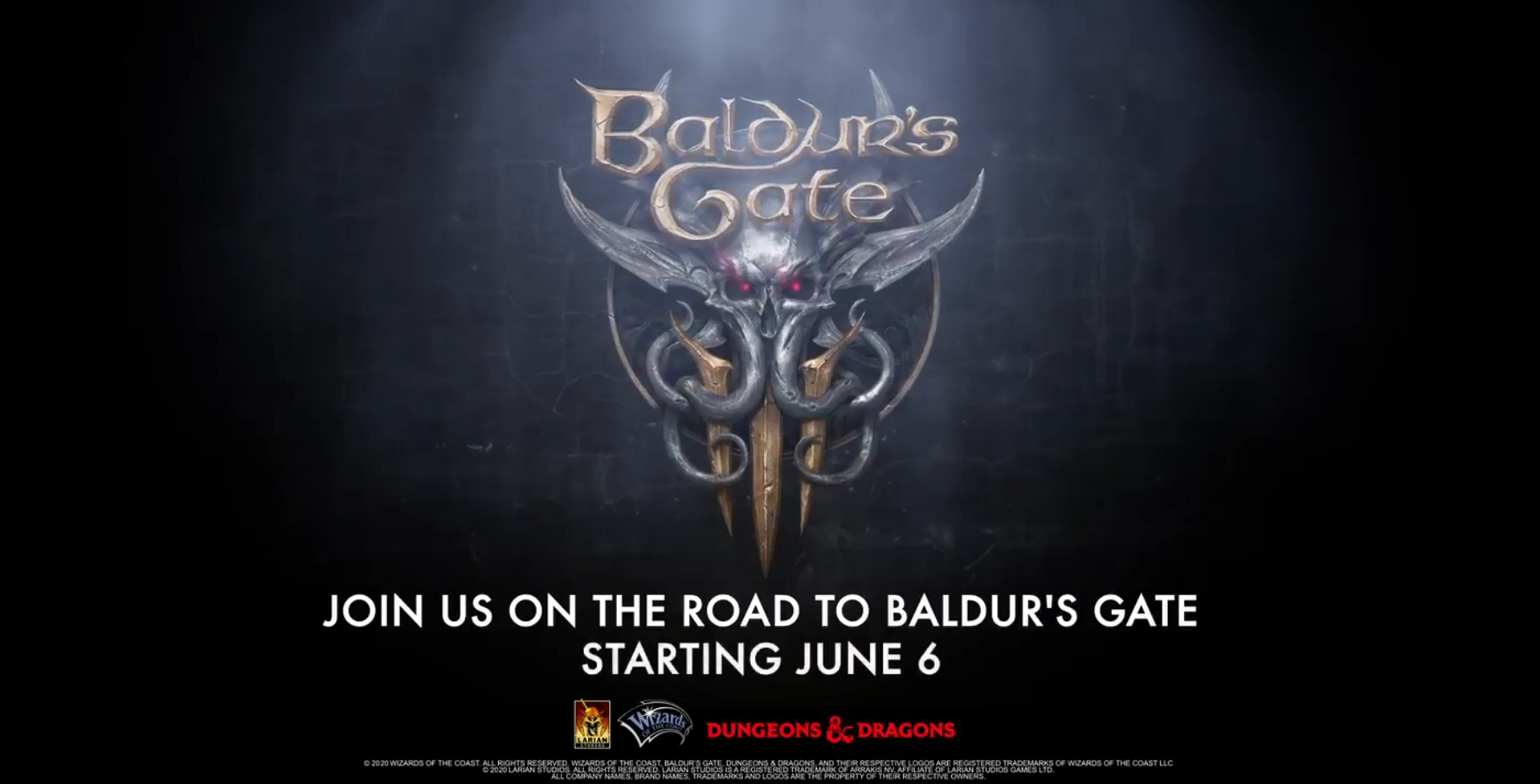 After last week’s announcement of the teaser trailer, we now have the new teaser trailer for Baldur’s Gate III. This new “sizzle trailer” is only 40 seconds long but features what appears to be a mix of gameplay animations and cutscenes. It’s a bit difficult to tell which is which because the game is turn-based, so it’s hard to tell what’s an in-engine rendered cutscene and what’s a gameplay animation. Either way, it looks a lot like Divinity: Original Sins II in both design and animation so I personally am looking forward to what we’ll see in the promised announcement tomorrow on June 6. In fact, the closing screen is the image above with the closing line “Join us on the road to Baldur’s Gate starting June 6”, which seems to indicate the rumors are true that early access will open following Larian Studio’s presentation at Guerrilla Collective. It’s not clear if this announcement will still go forward as it was announced late yesterday that the Guerrilla Collective event would be postponed until June 13-15 in solidarity with the Black Lives Matter protests going on in the United States and worldwide. Sony also recently delayed a planned Playstation 5 announcement stream for the same reason. Larian Studios has not posted anything to social media since a June 1st tribute post to composer Kirill Pokrovsky who passed away that day in 2015. 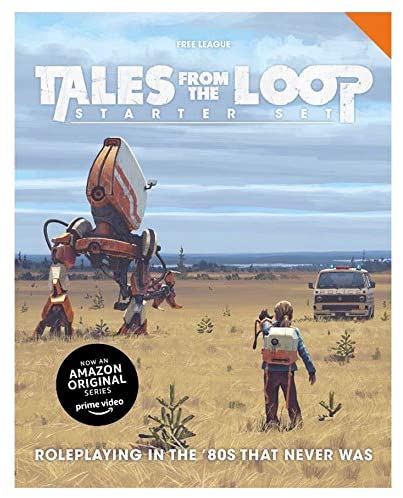 The Starter Set for Tales from the Loop is now available for purchase. Based on the artwork of Simon Stålenhag and set in an alternate 1980s/1990s Scandinavia, the game focuses on children going on adventures in a world that has been invaded by strange technology. An Amazon Original Series available to Amazon Prime subscribers also recently premiered based on the same artbook series (though set in America). The starter set features an illustrated rulebook, a new mystery called “The Recycled Boy”, five pre-generated characters, a full-color map of the Loop, and ten custom dice. This boxed set is available for a retail price of $29.99. 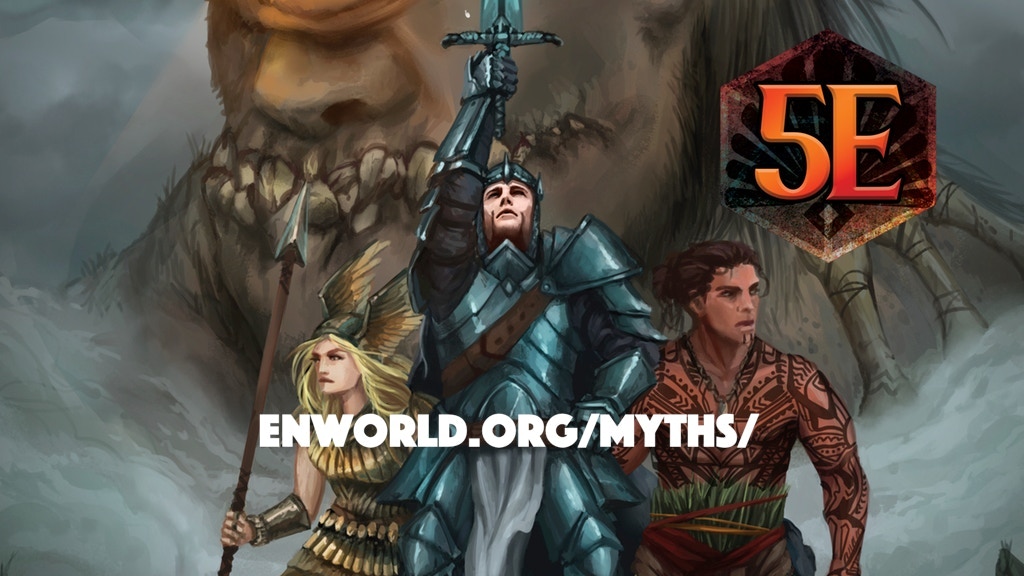 EN Publishing released the list of entries for the upcoming Mythological Figures & Maleficent Monsters book for 5e. Based on the EN World column by Mike Myler, the book features over 100 NPCs, monsters, and magic items from all over the world with full 5e stats drawing from real-world history, myth, legends, tall tales, fiction, and more. To give an idea of how diverse the entries are, we have Beowulf, Billy the Kid, Hercules, Sherlock Holmes, the Chupacabra, Don Quixote, Paul Bunyan, the Easter Bunny, Nikola Tesla, and a lot more. The release date is currently in discussion as EN Publishing fulfills its crowdfunding efforts immediately after funding, but you can sign up for notifications when the Kickstarter goes live. (Disclosure, EN Publishing shares an order with EN World, if the name wasn’t obvious.)

Free RPG Day is coming in about a month and a half and now we have the full list of all the included games (even if we may not know exactly what the products will be). Paizo will include a product for both Pathfinder 2nd Edition and for Starfinder, 9th Level Games is offering the Level One Anthology of Indie Games, Fantasy Flight Games has something from Genesys Keyforge, Roll20 is providing a subscription promotion, Cubicle 7 will have a Warhammer 40K: Wrath & Glory product, Goodman Games has something from Dungeon Crawl Classics, Renegade Game Studios will have something each from Kids on Bikes and Overlight, Magpie Games has the Root RPG, Oni Games with Junior Braves, Mantic Games will have How to Paint a Library, Gatekeeper Games and Q-Workshop are both providing dice, Hit Point Press will have a Humblewood product, and WizKids will have an exclusive item from their Warlock Tile set. Free RPG Day will take place on July 25, 2020, at participating friendly local game stores which you can find using the lookup tool on the Free RPG Day website.

The ENnie Award Winning The Stygian Library is getting a remaster. The Stygian Library is a bit hard to describe as a product as it’s both an adventure, a campaign setting, and a location all in one that’s designed primarily for use in OSR games but has stats flexible enough to be used in almost any system. The library itself is an extradimensional repository of knowledge that is ever-changing and confusing to mortals attempting to access it. So the adventure itself is randomly-generated from tables along with the 40 new monsters (like ink elementals and origami golems) and other strange encounters you’ll face as you seek forbidden knowledge or perhaps a magical artifact that was hidden away. This remastered edition will feature all new art and layout with upgraded printing. If you want to know more about The Stygian Library, creator Emmy Allen not only appeared on an episode of Morrus’ Unofficial Tabletop RPG Talk to discuss it, they showed off the flexibility of the system by running a demo game with Morrus and Peter using EN Publishing’s Simply 6 narrative roleplaying system. The PDF is available for a £10 (about US$13) pledge, while the print version is available for £25 (about US$32). This Kickstarter is fully funded and runs until Tuesday, June 9.

In 2017, Trudvang Chronicles was the most anticipated new release for roleplaying games. Now, a new 5e version of the setting titled Trudvang Adventures is on Kickstarter. The setting draws from Nordic and Celtic sagas and mythology as well as Islandic and Irish folklore to create a dark fantasy world of wild magic and living nature. This 5e campaign setting conversion comes in two books, the Setting Companion which describes the world and the Hero Companion with 20 new feats, 12 new backgrounds, more than 100 new spells, and new subclasses specific to the setting. The PDF version is available for SEK250 (about US$28) while a SEK500 (aboutUS$55) pledge adds on both books in print. This Kickstarter is fully funded and runs until Wednesday, June 10.