Staff member
I may have missed this: is the world straight-up Sci-Fi, or is it Sci-fant?

One of the pcs is essentially playing a grumpy old druid.

Tried to stay technological for the bad guys so far, but will use their version of the thule society sooner or later.

Staff member
Some other touchstones, then:

1)
2) Clive Barker’s Hellraiser stories provide an excellent MacGuffin for any supernatural artifact hunt. I was trying to think of how it could work in your setting. Well, among other things in The Sword’s video above, you see people carrying something in a setup similar to the way in which the Ark of the Covenant was carried. (And we all know how that worked out for the Nazis, don’t we?) Well...imagine that a LeMarchand Cube were being carried that way instead of The Ark. It’s clearly a source of supernatural power. It’s clearly a danger to those around it (except the worthy ones, right? Right?) A cenobite-ish/efreet-like being summoned to do the behest of the “Nazi” leadership could be a significant plot driver.

3) though it’s not initially apparent from the earliest novels, Terry Brooks’s Shanarra series is revealed by his Word & Void series to be a post-apocalyptic version of our world. If you’re at all familiar with Shanarra and/or W&V, mine them for ideas.

1. what weapons and equipment should the slavers have for the purposes of the fight?
2. how do I tie it back to the IzNotz so we don't go running around the side plot?

Staff member
I’ve missed something somewhere. i didn’t see where you got away from the IzNotz.

Regardless, I wouldn’t escalate the arms race too rapidly. The first multishot weapon should be a revelation. As should the first grenades, rockets*, etc., or magic weapons.

* ideally, something like this should be introduced as almost a terror weapon. Not accurate, but loud, scary, and full of the promise of worse to come. Like the hwachaa:

for starters, I treated last week like an old school dungeon hack/castlewolfenstein and they cleared it out (with the help of a giant mutated earthworm that I rolled to smuck IzNotz.

I have been deliberately avoiding automatic weapons, so maybe it's time to use them for the third act, and see how terrified they can be and after seeing the hwachaa, I'm so using something like that sooner or later.

(heck I always worked under the assumption it was only the turtle ship why the Japanese didn't conquer Korea and learning about this has changed my perspective about that legendary conflict).

1. The IzNotz are deliberately picking up slaves.
2. One of the IzNotz has a really nice sword (reskinned a Japanese officer from Wierd wars 2 to look like pic 1) and a couple of Axis Stiches (essentially IzNotz Frankensteins).
3. The party does a conflict while in the market square because my party is like that.
4. While the conflict happens, Otto Skorzeny the 23rd (using Lupin the III naming scheme) sneaks in and steals Nora(d) the Tamaguichi and will probably get away because he has a Jet Pack.
5. They have Otto Skorzeny's Journal so they read it and find out that they found an old military compound in the desert that will change the balence of power in the region and the Tamaguichi is the key to get in.
6. the party will most likely be run out of town and/or do a tactical retreat. I did a jail map just in case they don't get away with it so they can do a breakaway. Thinking of doing a Savage World Dramatic Task as a survivel check.
7. the party ends up in the desert wilderness and run into bandits in the wilderness that just want their stuff (in case we need another encounter). The Bandit Chief looks like a certain masked henchmen from Turbo Kid.
8. they come across IzNotz around a stone tablet as a cliffhanger for next week (I have the pic, but honestly really uncomfortable posting it here>.


The new player whom was using a stock character spent a good amount of time redoing it, but long story short, the following happened.

They decided the best course of action was to buy a wheelbarrel and swipe a whole bunch of weapons.

the ninja killed the swordsman in one blow and honestly, the party cut through the slavers with ease.

But a legendary figure was waiting for them.

Otto Skorzeny the 23rd, popped up the raised level of the mall, fired a gun that acted as a distraction while he used a magnitization ray to steal nora the tamaguichi and immediately blasted off with his jetpack.

The party tried every single trick they had, but the villain had bennies and manged to get away.

Once the local authorities showed up, they found out Otto Skorzeny the 23rd had already paid for everything (including the slave rebellion) and said it was a demonstration.

He also dared the party to follow him into the desert.

He also wrote got the last word in his letter because apparently Otto plans for everything.

I'm open to suggestions on stuff to happen to them in the desert.

Since I'm using Savage worlds, I'm going to use a Dramatic Task as a Skill challenge so open to overall suggestions.

Staff member
Desert settings always have the option for using an urban environment swallowed by sand. Anything could be under the dunes.

This is where the top-secret facility will be located.


Probably going to go for key cards and turning on computers, but this is nora the Tamaguichi's body so open to how this plays out.

k last game was a bit of a mess.

the overall premise is it was time to wander the desert to save the Tamagauchi Nora.

They brought Snappy the Scorpion as a tracker.

because the party was pretty low-tech and one pc didn't show up, they decided on the mount from Wizards 1977 and two bicycles.

The first thing we did is try dramatic tasks where they dealt with a SANDSTORM!

They successfully dug out an enclosure and hid while the storm subsided.

The techno-wizard took it as their own.

then they saw this scene.


Bandits on bikes! (No way I wasn't going to try to simulate one of my favorite movies: Turbo Kid)

We looked at the chase rules, went bug-eyed, and treated it as a normal encounter.

The techno-wizard decided to use SUPPRESSIVE Fire with his killer Vespa and crit fumbled.

Survived the encounter, but everybody looked the worse for wear.

after playing catch with a pineapple grenade, the party was mostly victorious.

So they ended up at an oasis.

They found a large recently unpacked piece of dirt.

The techno-wizard was curious and immediately woke up and annoyed the giant worm.

They mostly ran away until the bugbearian killed it (with the help of the old druid's giant broccoli henchmen).

So on the top of a butte, they see the IzNotzs encounter.

They've blocked off a canyon and are in front of an ancient bunker with wacky ruins.

There is a Tankette blocking the checkpoint.

My real question is there an online watch of the vehicle rules for savage worlds. I really want to see if I can wrap my head around it. The road trip rpg is one of my white whales.

Also, fun ideas of a Nora(d) installation for the party to get in trouble with are a plus.

Epic
You know, for movies you MAY want to check out A Boy & His Dog and Hell Comes to Frog Town. Not the greatest but...Okay.

ha, rewatched a boy and his dog on saturday.

it really is the precursor of fallout and really shows something created in the 70's wouldn't fly today.

maybe I should just take a random vault and use that for decorum?

Staff member
A Boy and His Dog is awesome stuff!

Another source for you: Doctor Who “The Face of Evil”

The Face of Evil - Wikipedia

You need a map? 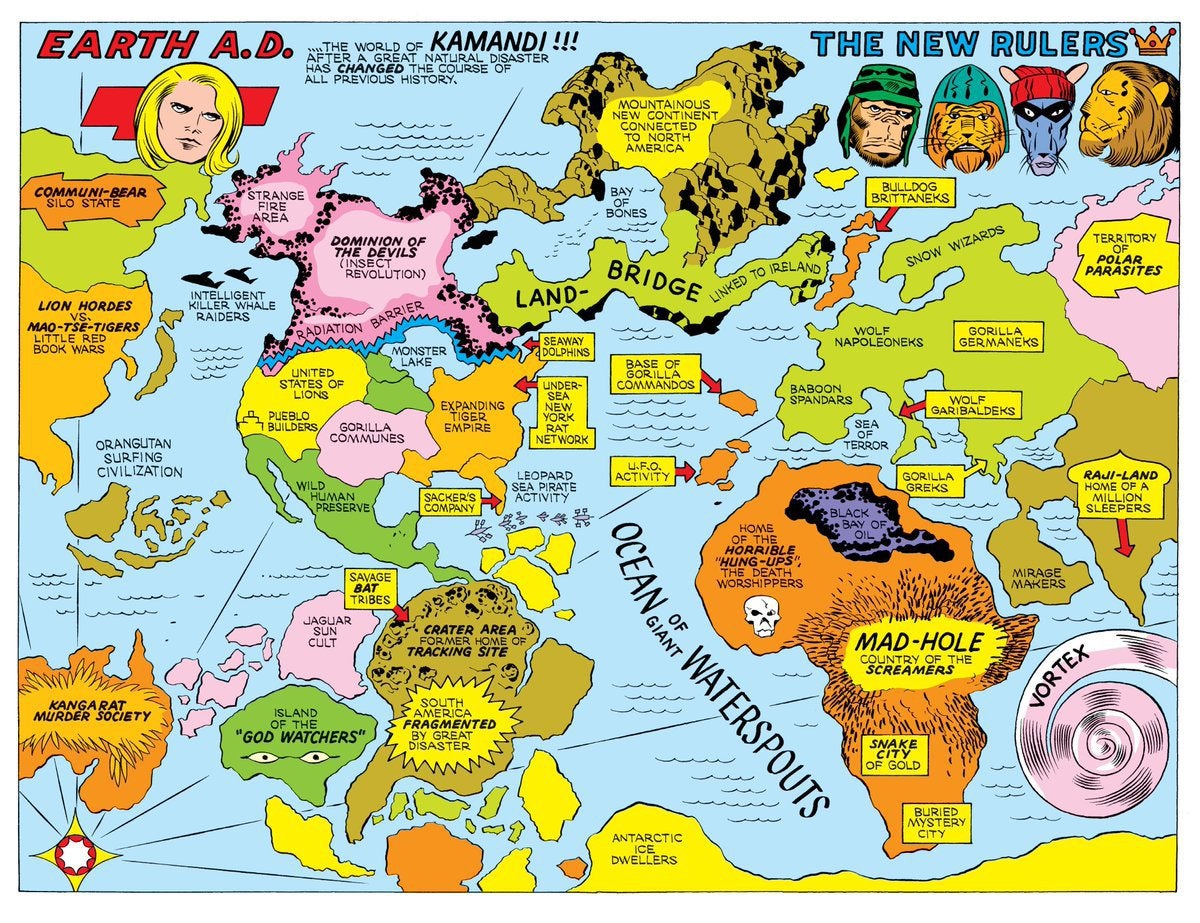 One issue that few post-apoc settings takes into account is that nearly all shallow-deposit resources have long since been exhausted, making salvage the only source for metals. Fossil fuels will be limited without heavy equipment and infrastructure; coal could be obtained for a while from existing mountain-cropping, but oil and natural gas won't be available a couple years after a fall.

That would make data on producing grain and wood alcohol vital, as they are the only real fuel that will be available a generation past the fall.
Click to expand...

Fortunately, that's pretty simple... grind the source down to fine particles, put in boiled water, let cool to under 100°F add yeast, and keep between 60°F and 90°F for a couple months, covered but vented. If using wood, you want sawdust, really... but don't taste test it! straw, chaff from wheat, and a number of other items can be used to make a boiled mash, which, once cooled, can be fermented easily. Some plant matter that doesn't easily break down can be allowed to generate molds to render the starchews to sugars for fermentation.

... but turning the resultant brew to burnables? distillation! in the far north, that's easy... put the brew outside in the winter, opening and removing ice daily or weekly. Anywhere else? You need a still, and that means sheet metal and/or piping.

Freeze distillation can be used to get burnable fuel. I made heart of mead that was over 110 proof... it would sustain flame. 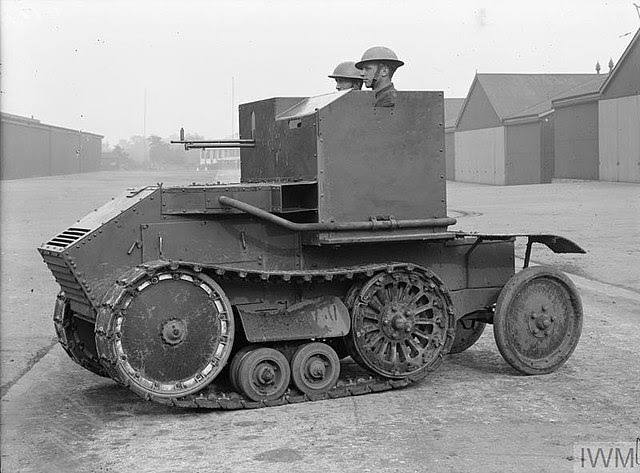 Savage World - Death to the IzNotz - Part 5 - Tanks for the Memory or Don't Tread on Me.

https://www.twitch.tv/videos/1055468783 Our heroes get stuck in a Canyon where we need to deal with wave upon wave of IzNotz. Trix falls ...

The party fought wave upon wave in a canyon, somehow managed to befriend the bandit chief from the last episode (well sorta), and now they are at the bunker that has a mysterious symbol at the front of the door (see podcast for details).

Also need a catchy fruit-based name for the bandit chief, as he's secretly a robot and from turbo kid (going with pineapple unless somebody can think of something better).

We're in the final stage of the game where Nora the tamaguichi is attached in the building and will let them in, but Otto has prepared a bunch of scarry threats in the under ground bunker.

This will be the map

Open to any ideas for situations

already know there's going to be at least one 3-d printer, one missile command area for sure.