Supporter
Tam, nods his appreciation, too humbled and awestruck by the loan to blurt out a simple "Thanks."

He does get back to the business at hand, though.

"No problem - just be careful with it. It's the most expensive item I own. Only my lands cost more."
With a subdued chuckle I add in a somber tone, "should you accidentally trigger any traps or suffer an ambush while searching this hall, it should buy you the time we need to come to your aid."

Supporter
Tam understands the value . As previously posted, he continues down the hall much more confident than before.

(OOC: See the previous post for Tam's rolls. Thanks.)

Tam gets another 20 feet down the hallway; nothing so far.

The hallway STILL extends well beyond Tam's light radius, even with the use of Dewydd's cloak.

Val remarks, "Wake me up when this snooze fest is over. You guys beat everything I've ever seen. You rush headlong into battle without fear. But down a clear hallway, you crawl like timid babies."

Supporter
Tam grows suspicious and calls back to his friends: "Friend Sylvar, Dewydd, Respen...ah, this hallway seems excessively long. I see no end to it yet. Could someone cast a Detect Magic, or whatever spell it is you use, to find out if this is an illusion and I'm going over the same old ground."

Dewydd
"Erm... Ahem..."
I clear my throat, blush slightly and look off to the side before continuing, "I actually only have one casting of Detect Magic prepared... With all of the hullabaloo getting my lands in order, I haven't had a spare moment to prepare a proper adventuring kit with spare scrolls of utility spells. I think we're good for now and I trust your ability to detect even traps of a magical nature."

Supporter
Tam gets back to checking for traps. Plodding, because of his thoroughness, through the rest of the hallway until he finally(?) reaches the end of it.

"Perhaps we can just check the far-right side of the hallway and only the width we need - say five feet - to traverse it to its end? If you want to search the rest of the hall later, mayhap after we've decided to set a camp, I would lend you my cloak for it."

Respen: ~ This is taking too long. Whatever is in this place doesn't need to trap us. It can bore us to death. ~
"Tam, that's enough. The Axe has a point. " Respen takes out a sunrod, popping the alchemical tool against his boot, igniting it. "I'll take the risk. This hallway is as good as a trap if our ability to fight is diminished because of it. Follow at a distance, but move deliberately and quickly. Vale, keep the axe talking. It appears to have magical or planar knowledge of its surroundings. "

Respen moves quickly down the hall at what is effectively a sprint. "Dewydd, Duncan, come quickly."

With a shrug and an adventurous gleam in my eye, I pickup Tam and fly down the hallway after Respen. "Do me a favor buddy and put my cloak back on me as we go?" I ask, holding Tam out so he can maneuver.

As it turns out, Respen's hunch was correct. Moving at a sprint (x3 move, 90 ft. per move action, double move 180 ft.) it still takes Respen almost 4 rounds to reach the end of the hallway; you therefore surmise that this hallway is approximately 750 feet long, and an un-trapped hallway of that length (Respen didn't trigger any traps) could serve only one purpose: to wear away the durations of protective spells. The insidious subtlety of this fact is not lost upon anyone in the party.

When Respen, Dewydd, and Tam reach the end of the hallway, they find themselves in front of another, rather plain-looking door.

The plain-looking door is 8 feet wide, and 15 feet tall, and obviously designed to allow the large denizens of this place to pass through easily.

Tam gives the door a once-over (taking only 1 round), and then turns to the party.

Tam says, "There are tiny runes around the edges of this door. At a glance, they look like scuff marks. But upon closer inspection, you can tell they're runes. This is some sort of magical trap. But here's the interesting bit: the runes are in the wrong order. That means that the trap has somehow been deactivated. It also indicates that the door is probably unlocked as well. Maybe the result of correctly answering the Criosphinx's riddle?

Whoa, the onion smell is really strong here. Whatever it is, it's behind this door. And ya know, now that the smell is stronger, it's less like onions, and more like a brine. You know, the way wine smells after it goes bad? Kind of vinegary?"

At a thought my weapon appears in my hands and I ready it for whatever challenge is behind the door. "With the trap disabled it could mean enemies waiting for us and didn't have time to reset the trap." With a look at everyone else, I open the door.

The acrid scent of brine assaults you as you open the door to this chamber. The chamber is about 30 feet by 100 feet, and the floor is covered with a brown, viscous fluid that flows from the door to the far end of the room. You suspect that the fluid is quite deep. The ceiling is arched, about 60 feet overhead. In the center of the room is a glowing globe suspended from the ceiling. Simulating the sun, it provides bright illumination to this chamber.

A wooden plank is placed at the foot of the door leading to a reed ship some 15 feet long. The vessel floats on the “river,” and gently sways to and fro.

A single white sail adorns the rigging, but six oars also protrude from each side. Located on the prow is an elaborate podium holding an unfurled scroll. 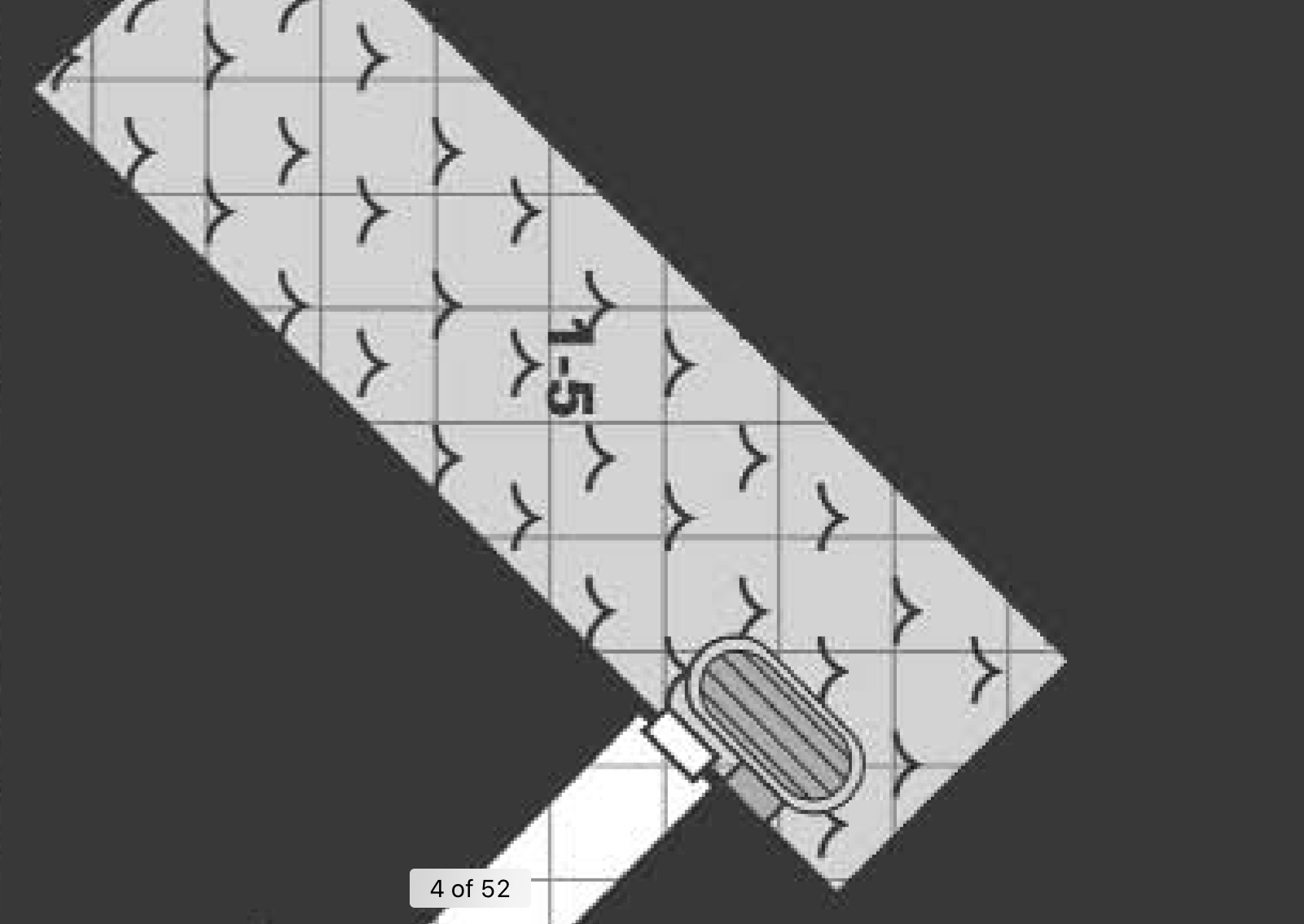 Dewydd: Seeing the way the globe illuminates the whole room, and knowing that magical lights often serve other functions as well, you question the wisdom of trying to fly in this room.

Kleborn and Thallok join the party at the end of the hall. Kleborn looks at the boat, and huff's "I thought ship life was behind me. Oh well, shall we board?"

Nodding to Kleborn, I fly across the plank onto the ship and look at the unfurled scroll. Safer to test if this globe's light will hinder my flight with a boat under me, I think to myself. "That... water? Doesn't look sanitary. Try not to fall in. I don't have any potions to cure disease on hand," I quip with a nervous chuckle.

Sylvar follows onto the boat and begins to hum a sea shanty.

Dewydd, your flight spell is suppressed immediately upon entering the room. You land safely on the plank, and you surmise that perhaps the suppression is not insurmountable; when your spell is suppressed, the globe above flickers briefly. The spell is still "active" (not dispelled) but its functionality is completely stifled.

Once you are on the plank, you are close enough to see and hear that the "water" is hissing and giving off vapors; you realize instantly that what you're looking at is actually a river of acid.

As you step onto the boat, and begin walking toward the scroll at the prow, you feel the boat wobble a bit, an indication that the vessel is lightweight. As Sylvar steps aboard, it wobbles a bit more, although not enough to cause alarm. As you begin to examine the scroll, you realize that its function is twofold: to keep the boat from sinking, and to propel it forward. Once you begin reading the scroll, you surmise that the boat will rise to its proper level, level out, and begin to advance.

Thallok and Kleborn also board the boat, and you feel it sag just a little; you surmise that a "full load" would be 12 people, but very likely, once 6 or more people have boarded, the boat will probably suffer a loss of speed.

From Respen, via LINE chat:
Respen and Vale look over the scene. Respen looks carefully left to right scanning the scene including inspection of the water as well as the boat and where it would go within the tunnel. He blinks a long blink, and then he engages his arcane sight, see invisibility, and infravision to survey the same scene, re-inspecting the same.

Respen speaks to Vale and the axe, “Vale, what do you see? What about you, Mr. Axe? Do you sense any subterfuge in this place? The only boats I am familiar with are the ones I came to Greater Oerth in and those that Death rides, supposedly taking people to their end.”

Vale inspects the same, and contemplates any knowledge he has (Religion, Architecture) that might answer Respen’s question with anything but a shrug. He telepathically asks the Axe, ~Well? You want to kill more undead, get a move on yerself!~


~There's a construct below the surface of the goo, and there's a powerful lifeforce inside the globe. This whole place is one, big trap!~
Val exclaims, "Mr. Axe, eh? I'll have ye know, Mr. Pansy Elf, that there are no undead critters lurking about in here, although there is a construct of some kind swimming around under there. I can sense it. If it were me, I'd order my construct to attack the boat once it began to move. Not to mention that there is something alive in the globe, something powerful. You pigeons are the ones who should get a move on. I have a feeling you're going to be in hot water soon, pun very much intended!"

EVERYONE: State Intentions for ROUND TWO! I need to know who intends to be on the boat, and who intends to stay behind. As noted above, persons 7-12 will reduce the boat to half-speed. What do you do?

"All right then people - let's move with a purpose! This boat doesn't exactly instill a great deal of confidence in me. Let's get six total on the boat! Double time it and if you want me to give up my seat just say the word. I promise I won't be upset missing out on taking the rickety boat on a river of acid.... Definitely hurry. I don't know about you all, but this doesn't look like a Blueshine Boat to me! We're shoving off in 6 seconds."