Buffs from the axe, affecting whole party:
+2 to saves vs. Fear

+5 bonus to all saves for the duration of the adventure.

The Company Are Still Maintaining The Following Auras: (Circumstance Bonuses)

INITIATIVE ROLLS:
Dewydd: 22
Respen: 21
Tam: 20a
Vale: 20b
Kleborn: 16a
Thallok: 16b
IRON KITH VIPER: 11
Sylvar: 9a
Duncan: 9b
Ebony: 9c
Lenny: 9d
Travis: 9e
The cloud of gas envelops the deck, but the boat's hardy passengers, some of whom also bear the blessing of Khubsheth, are far more resilient than to fall prey to its noxious fumes. Thallok goes so far as to laugh, taking a deep breath, and making a mocking comment about how weak the vapors are. Vale's axe answers him:

Val snorts, "Save your taunts, meat-head. That there's a mindless construct. It doesn't think or want or feel any other emotions. Taunting that thing is like taunting a brick wall. But I must say that I admire your constitution; you're pretty hardy for a fleabag Orc."

Continuing to read, I steal a glance at our latest threat. Recognition dawns on me. I remove the magical adamantine greatclub from my back and hold it out for someone to wield while pointing with my other hand at the iron kith viper.

As Dewydd continues to read, the boat surges forward another 10 feet. This time, the viper is ready, and snaps at Dewydd as the boat glides by.

The viper swoops its head in, snapping at Dewydd; however, a powerful field of magical force prevents the serpent from making contact. Dewydd's powerful enchanments have saved him once again.

RESPEN: It's your turn! The viper seems to be concentrating on harassing the boat. What do you do?
Last edited: Jan 10, 2020

Respen:
Quickly calculating his own limited options against the iron viper, Respen opts for a less magical, more terrestrial option. He aims his bow at the construct, draws a Masterwork Mithral arrow, and with a single draconic word, nocks and releases the arrow toward the animated trap. Instantly, the arrow splits into five (5) separate arrows and peppers the target as separate projectiles.

To Respen's amazement, the viper dodges all of the arrows except one (the first one); for a construct, the viper moves very quickly.

The one arrow that connects suffers the same fate as Tam's arrow; it shatters against the seemingly impenetrable black iron plates.

The viper does not seem to notice. It remains intent upon the boat.

Tam takes a carefully wrapped potion bottle out of his belt pouch, unwraps and uncorks it, and downs its contents. He then moves to the bow of the ship, near Dewydd, as if he is preparing to get a running start for a jump off the ship's strern section...

Vale;
"Laddies, we need a push!" Calling on dwarven divine magic, Vale reaches out with his left hand toward behind the boat and his right toward the left side of the boat toward the construct. "Perhaps this will put some distance between us and the serpent."

As the floor of the room begins to shake, the vibrations form a wave within the goo, which surges forward, pushing the boat forward violently. The boat travels a distance of 15 feet!

EVERYONE WHO IS ON THE BOAT: Make a Reflex Save DC 18, or be knocked to the deck prone. You are not in danger of falling off the boat... yet.

Vale = 8 (Failed) (Prone)
Kleborn = 24 (Saved)
Thallok = 11 (Failed) (Prone)
Dewydd = 21 (Saved)
Tam = 30 (Saved)
Sylvar = 28 (Saved)
As the boat surges forward, Vale and Thallok lose their balance, and fall flat on their faces in the middle of the deck! Everyone else in the party, especially the sure-footed Halfling and the fleet-footed Bard, manage to retain their footing.

The benefit of the surge is that the boat advances much further than it was designed to. The drawback is that for the spell's duration, such waves will continue to strike the ship. You wonder if the ship won't be smashed against the far wall by the time this is all said and done...?

KLEBORN: It's your turn! What do you do?

Kleborn steadies himself, after watching in amazement as the arrows do no damage whatsoever. He begins to weigh his options, there is no way he can reach him for hand to hand combat. He also has no discernable magic to speak of, so he knocks an arrow and hopes.

I am assuming the first and third attack are misses, so just in case here is the damage from the second attack.
Damage = 2

Kleborn, you are dismayed to find that even when your aim is true, your arrows are simply insufficient to damage this monstrosity.

THALLOK: It's your turn! What do you do?

Thallok grunts as he slowly makes his way to his feet, visibly showing his frustration. "Forget this, these arrows won't do anything. Perhaps this abomination will come within striking distance." He put away his bow and pulls out Mirios. He speaks to the blade, "what do you say we do some damage on this beast." He readies himself and his sword to attack as soon as the serpent attacks.

OOC: Thallok will delay his attack until the snake moves closer or strikes.

The iron behemoth moves forward (westward) 20 feet, and takes another bite at Dewydd.

The viper, although tall and fearsome, seems almost impotent against Dewydd's superior enchantments. The field of force repels the bite, almost as if the beast had run into a wall.

But Thallok was waiting for just such a chance; on its way to strike at Dewydd, the beast comes within striking distance of Mirios!

THALLOK: Roll your attack against the Viper! You might want to consider calling a small to moderate amount of Power Attack, so that your attack packs a little more punch. Since the Viper is out of position (it had to crane its neck and use its reach to strike at Dewydd) it is considered flat-footed at the moment. AC is 25, rather than the normal 26.

Thallok watches as the snake strikes at Dewydd, thankful it missed him. He then looks up at the snake, who is now right where he wants it. He smiles and attacks.

OOC:
Thallok will call 10 points power attack, he will also use the Bonecrusher maneuver, Smite Enemy, he will use Iron Guard's Glare stance.

Thallok waits for the Viper to literally stick its nose too close, and then lets the thing have it! A single blow from Mirios, despite the fact that the blade is not of the correct material, is enough to re-arrange the looks of the Viper's head, by shearing off one of its metal plates! Thallok, you suspect that 2-3 more good blows like that could dismantle this thing in short order.

SYLVAR: It's your turn! What do you do?

Things slow down for Sylvar, he sees his friends splayed on the deck of the boat, Thallok swinging mightily at the serpent...the strangely beautiful but deadly, inky darkness that threatens to melt them alive, reflecting light like a million stars.

Kleborn was already a tough customer, a dogged and determined warrior with a single-minded ferocity; but after Sylvar's spell, there is a gleam of defiance in his eye, and a spring in his step. Kleborn is READY for literally ANYTHING!

Combat was a strange thing. There are moments during a conflict where everything just whizzes past and it can be over before you know it. Other times the world seems to stand still in the briefest of instances.

Duncans call to his crew to "Hooooooooooooold!" Was one of those time. It was like the world was moving under the effects of the greatest "SLOW" spell ever created. The half second that it actually took Duncan to say "Hold" easily felt like a month... maybe a month and a half! But finally he calls. "LOOSE!" and the foursome release their missiles.

Duncan doesn't wait to see the results before calling for his crew to get off the dock. "Fall back to the cavern opening. The dock is too exposed." 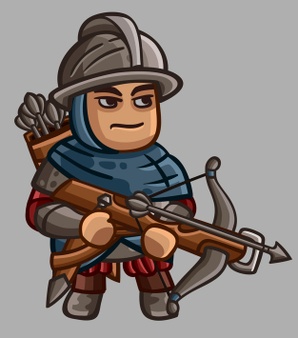 A new round has begun.

The boat moves forward 10 more feet, placing the prow of the boat a mere 15 feet from the wall; the wave from the tremor spell is building again, and it will impact the boat on Vale's turn; if it moves the same distance as last time, that will put the boat dead even against the wall, probably with a vigorous, though not devastating, impact.

Respen: Defers action until after kleborn and before the Iron Kith Viper.

Tam-Tam said:
"... Tam takes a carefully wrapped potion bottle out of his belt pouch, unwraps and uncorks it, and downs its contents. He then moves to the bow of the ship, near Dewydd, as if he is preparing to get a running start for a jump off the ship's strern section..."
Click to expand...


Tam gets a running start, using the length of the bolt to build up momentum; he runs at a diagonal slant, launching himself off the port side of the boat, rather than the stern, as it first appeared; Tam easily makes the 5 ft. jump (no roll required for such a short distance) and lands on the north wall, facing east... STICKING TO IT!

Tam does not stop, using his momentum to execute a spectacular turn, so that he faces west, in the direction that the boat is traveling. He expends the rest of his movement in a fast sprint (x4 move) to reach the far western wall; as he reaches his destination, he notices something funny about the four, center bricks in the western wall...

At that moment, the wave from Vale's spell propels the boat into the wall, smacking it hard! Tam deftly steps out of the way, avoiding injury.

Tam exclaims: "YIKES! That was close!"