"Let's try the next door in the series."

Val pipes up, "Since the pansy here can decipher the runes so well, let him read them TO HIMSELF, and then write the translation out on a piece of parchment, so that we'll have more time to figure out the riddle. We lucked out last time. Once you speak the riddle aloud, I believe we will have a limited amount of time to answer it before these things attack."

Respen:
Reacting to the axe, Respen moves to the Northern door, attempting to read the runes. He reads the runes quietly, taking in the riddle to himself.

Riddle of the Androsphinx:
“I am the sword of the wise,
A tower without stone,
A growing light in infinite darkness,
The worm that gnaws the mind.
What am I?”

RESPEN: A thought suddenly occurs to you: : ~I have read about wizards who have learned dark secrets that gnawed at their mind.~

Respen pulls out a piece of parchment, lays it on the floor, and hastily scrawls the riddle out in the runes of the Common tongue.

Respen says, "It's not my best penmanship, by far, but it will do. I've read about wizards who have learned dark secrets that gnawed at their mind. I think it has something to do with either learning, or perhaps knowledge, or maybe education. The riddle must be recited first, then the answer must be quickly spoken. Dewydd, what are your thoughts?"

Dewydd Moresby
"I would stake my lands, title, and life on the answer being 'Knowledge.' I have always enjoyed riddles - except that ridiculous one about the two guards. You know the one. One of them always lies and the other always tells the truth. That one makes no sense to me,"
I reply as I read the translated riddle. Almostas an afterthought I add, "An education doesn't necessarily make one wise. I've known several 'educated' individuals that were fools!"

Respen nods at Dewydd in agreement, "Agreed. I think the answer is Knowledge as well. I threw in education mainly as an afterthought. So, would you like to state the riddle and answer aloud, or would you like me to do it?"

Dewydd Moresby
“I am the sword of the wise,

A tower without stone,
A growing light in infinite darkness,
The worm that gnaws the mind.
What am I?”
Quickly reading off the riddle aloud I answer, "Knowledge."

Dewydd answers the riddle, and apparently, his answer is correct. The door in front of the Androsphinx opens, as the stone guardian speaks!

Androsphinx Kith says, "Behold, the second test of doom! Beyond door number three lies the Tower of Wisdom! Your reward, should you succeed, is Hrukesh, the third key!"

In front of the party is another dark, long hallway, which leads into the unknown...

EVERYONE: The clock on your buffs is still ticking! What do you do?

Dewydd Moresby
"The last ridiculously long hallway didn't have any traps along the right. I'll see if it holds true this time too,"
I state as I stride down through the doorway.

Dewydd's hunch proves to be correct; running full speed, he makes it the entire 550 feet down the hallway without incident, in matter of about 30 seconds. The door at the end of the hallway is slightly ajar, and Dewydd suspects that his correct answer to the riddle is the reason. It made sense; the outer door is never trapped, and neither is the hallway. But a wrong answer draws an attack from the guardian, and even if the guardian is defeated, the door at the end lies in wait, waiting for the careless, exhausted, distracted adventurer to try and open it. But he had answered correctly, and had therefore earned the right to enter the next room, and take the next test, unmolested.

Dewydd muses inwardly:~A fortunate circumstance; the test is probably deadly enough as it is.~

This chamber is 40 feet square with a 50-foot-high ceiling. The floor is polished, smooth brown stone. The center of the chamber is dominated by a black stone obelisk, 20 feet high with a pointed top. At the opposite end of the chamber is a short flight of steps leading to an alcove 30 feet wide and 20 feet deep. Another obelisk occupies this alcove, but this one has a tan, rune-covered surface. A small gold triangle with an eye in the center is located on each of the sides of this obelisk. 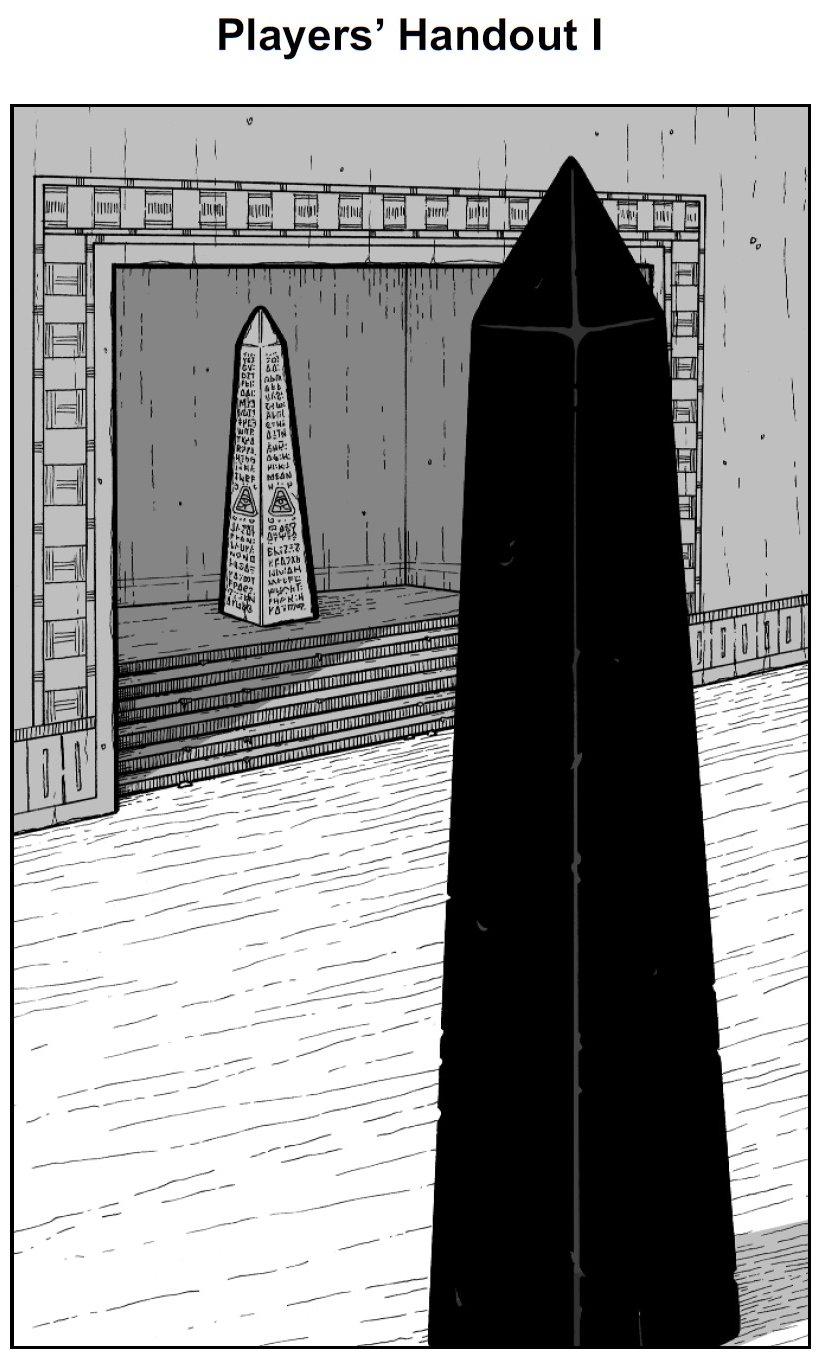 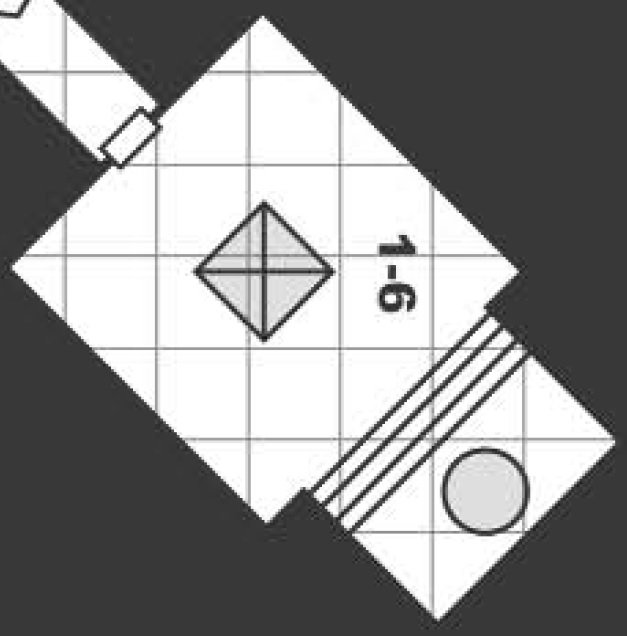 Supporter
Tam is a little put out by Dewydd's performing on what he kind of felt was his job, but these boys were in a hurry, it seems, so he figured if Dewydd wanted to risk it, let him.
(OOC: going full Chaotic Neutral on this point).

Seeing Dewydd traverse the hallway with no danger, Sylvar follows after him to offer any assistance he can.

Dewydd, Tam, and Sylvar are now standing in the room's entryway. The room is still as described.

Thallok moves up to where Dewydd, Tam, and Sylvar are standing, looks in the room, and then at his friends. "ok, I am going in, this waiting is killing me. I am willing to bet that is more of a risk than whatever is in there. I think perhaps we can look at the obelis covered in runes." He looks to Tam, and says, "I could use your help looking for traps."


Thallok will go and examine the rune covered Obelisk. He will see if he can make out the runes. He will also see if there is any mechanism on the obelisk. Finally, if Tam goes with him he will wait for him to look for traps. 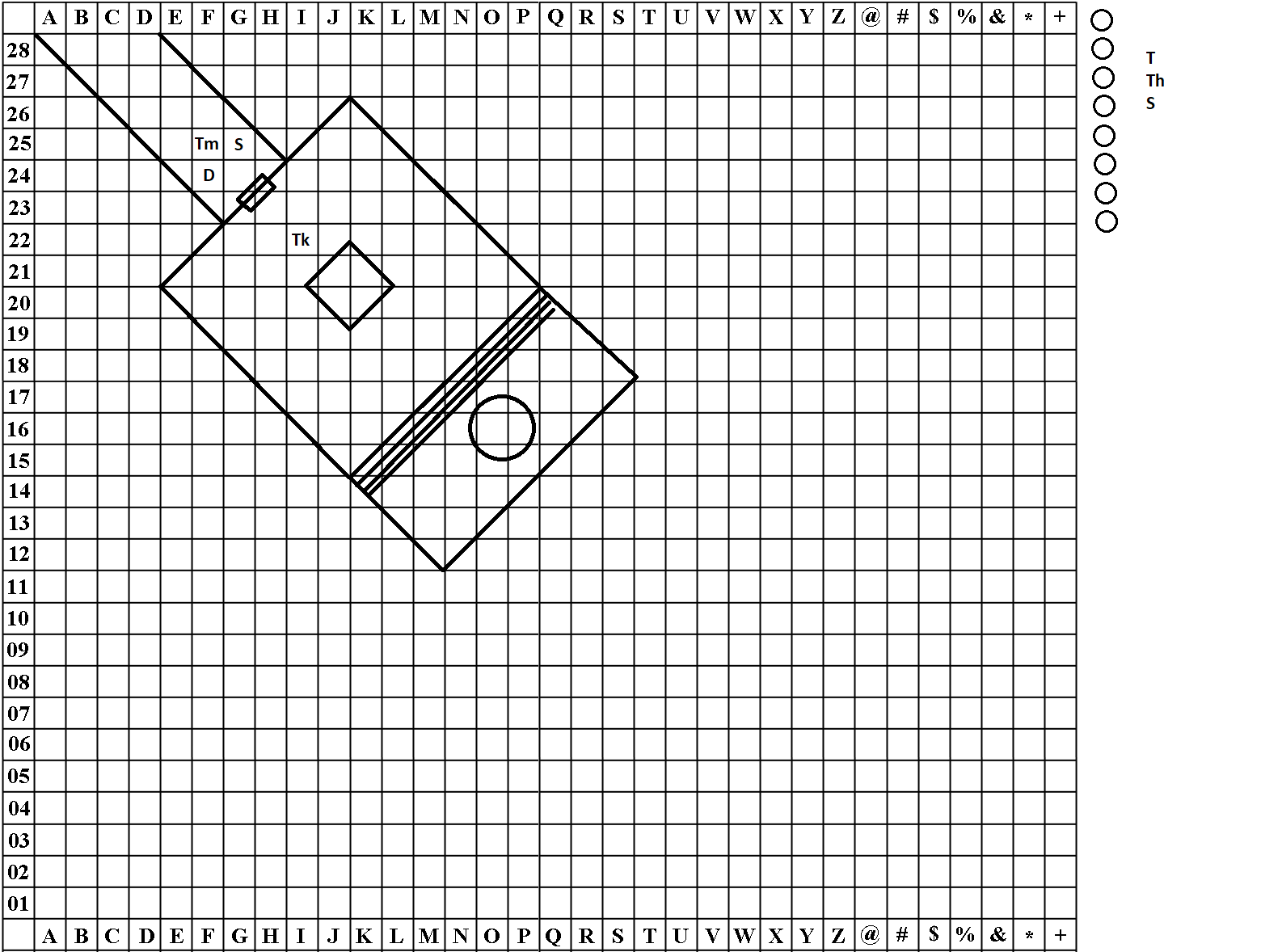 Kleborn moves up and stands with Sylvar, Dewydd, and Tam at the entrance.
Last edited: Apr 3, 2020

Supporter
25, 13, 28, 31, 21, 24
Tam, a throwing dagger in each hand, performs a quick survey as he enters the room. He checks for hidden trap floor panels/triggers, magic or mundane light break triggers, and where any type of groove, aperture or opening could shoot or spew, darts, blades, or gases, etc.
He does this while following Thallok who is heading for the rune scribed obelisk.


31, 24, 30
As he nears the obelisk, Tam takes a stab at Deciphering the Script; though, he feels that it may be a fruitless endeavor.

Thallok bypasses the black obelisk, being careful not to touch it, and approaches the rune-covered obelisk in the alcove. He doesn't touch this obelisk, either.

Tam, who is following behind him, examines the floor, although since Thallok is in the lead, any traps would have been triggered anyway. Thankfully, there are no floor traps that Tam can see, a fact which is confirmed by the fact that Thallok doesn't set off any.

When Tam reaches the rune-covered obelisk, he gets a funny feeling. Tam is used to looking at old scripts, and he is struck by the fact that these runes don't appear ancient at all. In fact, he recognizes some of the individual runic characters, although he can't remember which particular language all of these characters derive from.

However, Tam is sure of one thing: the characters aren't in the right order. Even a native speaker of this language would be unable to read the script; because it doesn't say anything. It's complete gibberish.


The DM said:
"...A small gold triangle with an eye in the center is located on each of the sides of this obelisk."
Click to expand...

As Tam eyes the golden fixtures (which could be keys?) on each side of the runic obelisk, he gets a funny feeling... funny as in bad...

Tam! Thallok! What do you do? 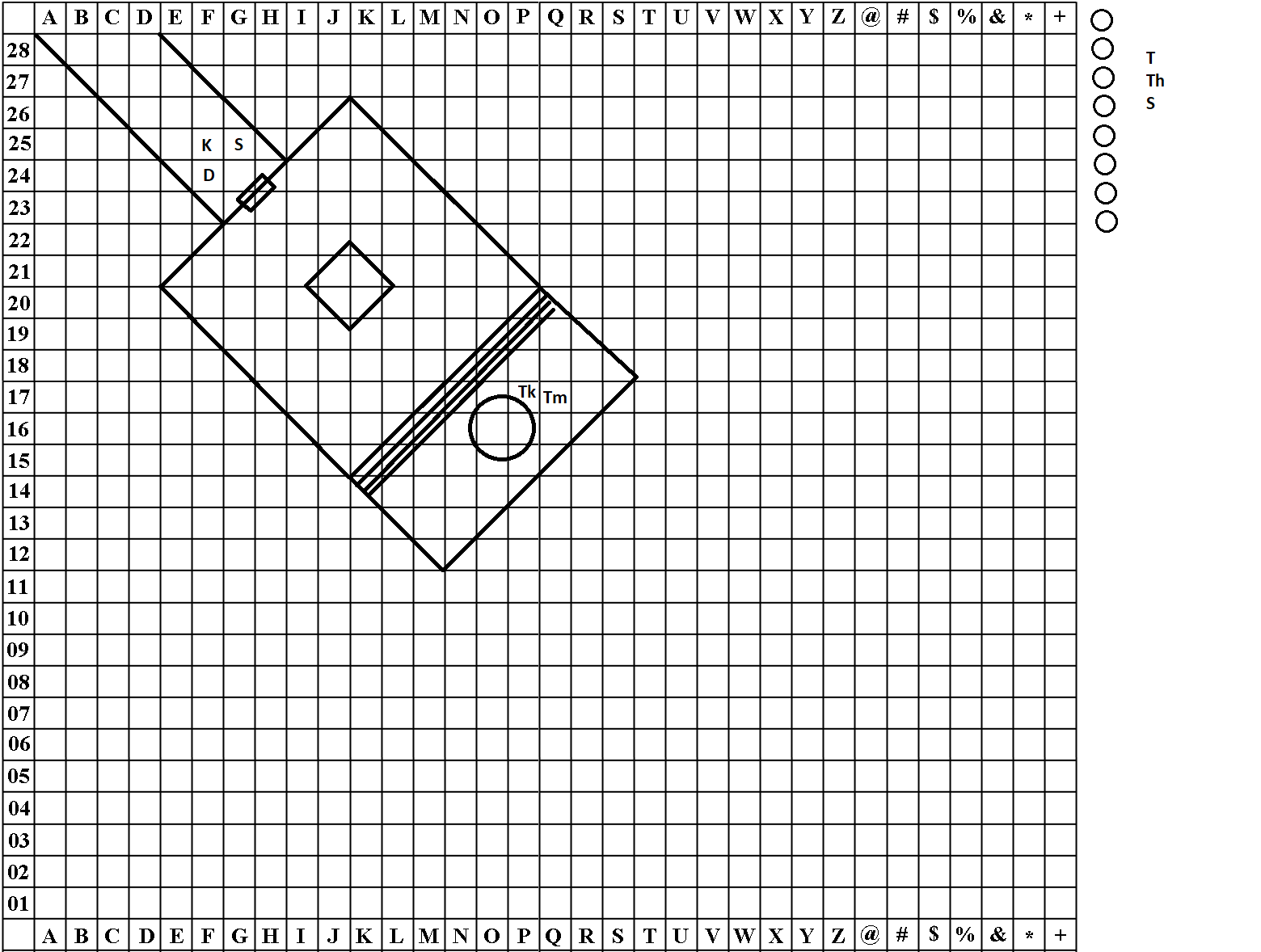