A two-shot of adventures to run this Halloween or anytime of the year: Kali Ghati and Lover in the Ice. Line up a haunting and finish off with some terrifying body horror running Delta Green. Both of these scenarios involve horrifying monsters of vastly different intent and presentation. Spoilers follow. 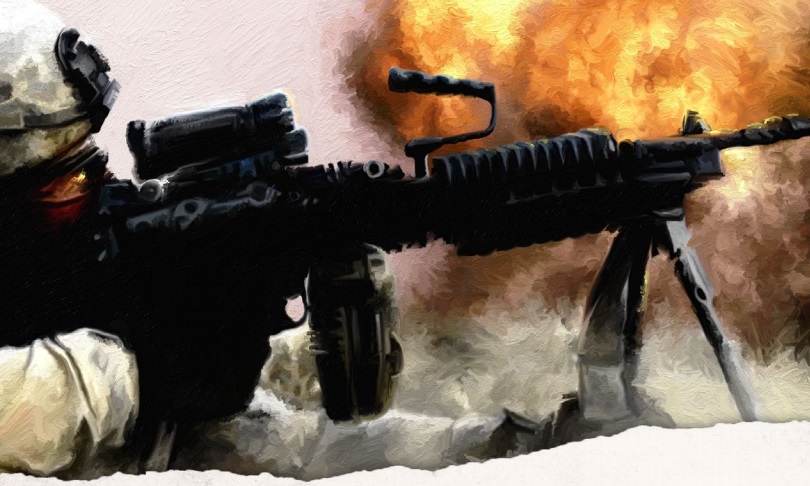 While I ran Lover in the Ice by PDF a while ago, Shane Ivey was kind enough to send me a print copy as well for this article. Here are my previous reviews of Delta Green and an interview with Shane Ivey if you need to get up to speed on your intel:
In Kali Ghati, the PCs are operatives stationed in Afghanistan and eager to be returning home soon. But a final mission pops up and they have to go after a missing G.I. They have all the dangers of normal war where the enemy looks like the rest of the population and the fighting is on rocky slopes and in caves. On top of that are cultists and worse things hiding in the mountains.

This scenario is like classic Call of Cthulhu mixed with military operations although Delta Green now has its own rules. The threat is vast, cosmic, ancient, and mind shattering. Not all of the PCs will be making it home and some that do will not be entirely sane.

Kali Ghata is a great kick off for a double tab of Delta Green one-shots. The PCs already start out worn and battle weary and things just go downhill from there. Perfect. Those who survive will finally be able to head home, likely to the USA, only to find evil lurking there as well. 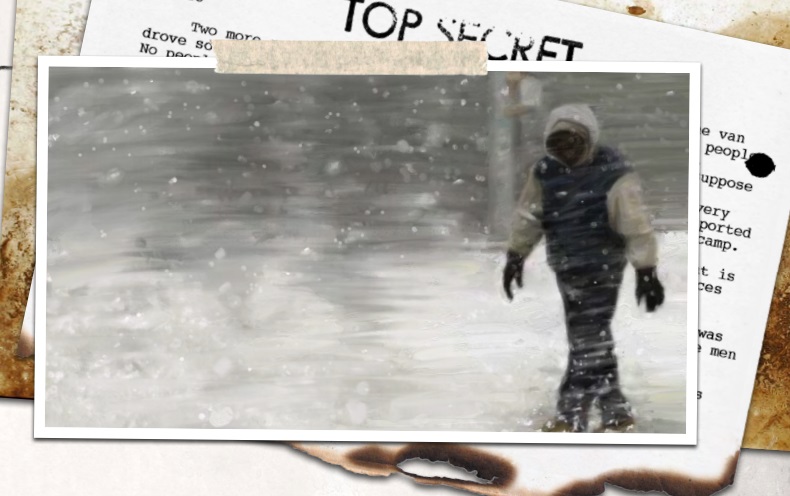 Lover in the Ice is altogether different. In fact, I would not run Lovers in the Ice for strangers or at a convention. It contains rated R body horror not for the squeamish or those not participating with full knowledge of the nature of the adventure. It is best experienced in a dark basement preferably while a winter storm howls outside in the black of night and losing the lights is a real possibility. A GM doesn’t want to give away the ending but should let every player know that both their character,s mind and body could be attacked in horrible invasive ways to gauge if the player wants to participate in the scenario.

And what a scenario. If war weary Afghanistan vets think the mountains were bad, they are in for a frozen terror that assaults the body and tears it apart. Lots of blood, fluid, and flesh tearing violence await.

The PCs also face isolation in a crippling apocalyptic ice storm. Cut of from outside aid and unable to easily see their immediate enemy, the PCs will be on their own with visibility and movement severely impaired. Paranoia and fear will follow. On top of the investigation there are d10 unearthly artifacts the PCs may discover that may cost sanity and some more sleepless nights.

This scenario has it all: investigation under difficult circumstances, a murder mystery, alien artifacts, and a terrifying monster. PCs will be on their own and relying on their wits and skills to win the day. And the stakes are high since this investigation takes place in what is likely their home country of the USA.

I ran these scenarios back to back starting with Kali Ghati. By the time the PCs overcame the kerfluffle in Afghanistan one of them had sacrificed themselves to save the others and the rest were left with varying degrees of shredded sanity. They headed home to convalesce but were soon pulled back into the fray.

Lover in the Ice was otherworldly. John Carpenter’s The Thing comes closest to describing that session but even more invasive. Groans of disgust and horror, desperate shootouts and hand to hand combat, and a persasive feeling of dread and isolation. The adventure provided all that and more and we still talk about it to this day, years later.

One of the things I really like about Delta Green is that the PCs are playing some of the best trained and knowledgeable war fighters in the world. They can be heavily armed and full of intel and still struggle to win the day. The PCs get to feel like heroes who just happen to be up against something other that may be beyond their ability to deal with successfully. Casualties are almost a guarantee but the PCs fight on anyway. And they tend to lose at home at well, since their personal trauma plays hell with their personal relationships (and the game mechanics reflect this additional horror). If they don’t fight, humanity loses. If they do fight, they will likely lose eventually but humanity survives for another day. Maybe. Delta Green is well suited for Halloween or anytime you want to experience the thrills and terror of humanity versus horror.
Last edited: Aug 27, 2021
Click to expand...

I wouldn't run Lovers in the Ice at a convention either. That one's definitely a "play it in the privacy of your own home" module.

MGibster said:
I wouldn't run Lovers in the Ice at a convention either. That one's definitely a "play it in the privacy of your own home" module.
Click to expand...


Yep. But I'm glad it is out there. Horror is something adults enjoy and some of it is really, well, horrific. As long as every player knows what they are getting into of course before hand.

Supporter
Because there is little in the way of adventures for Alien RPG, I am thinking I will adapt Delta Green stuff. Anyone else going about adapting something for Alien?

univoxs said:
Because there is little in the way of adventures for Alien RPG, I am thinking I will adapt Delta Green stuff. Anyone else going about adapting something for Alien?
Click to expand...


I'm just rolling on the random tables and putting together adventures. I am using the cinema adventures for extra game material. Delta Green would work well I think for ideas, especially with Colonial Marines.

Charles Dunwoody said:
I'm just rolling on the random tables and putting together adventures. I am using the cinema adventures for extra game material. Delta Green would work well I think for ideas, especially with Colonial Marines.
Click to expand...

I haven't even had a chance to read the book yet . Didn't know about the tables.

univoxs said:
I haven't even had a chance to read the book yet . Didn't know about the tables.
Click to expand...


If you want to run a campaign there are tables of jobs in the back for all three options. Includes parsecs away, pay, challenges, etc. Plus tables for generating star systems, planets, and colonies. I roll on those and flesh it out from there. If you have a couple of hours to prep it works great. I base everything out of Novgorod Station (also in the book) so I don't have to reinvent the basics every session.