I feel like I just got mugged by theoreosaurus.

I'll admit freely that most of that sailed WAAYYYY over my head.

Hussar said:
I'll admit freely that most of that sailed WAAYYYY over my head.
Click to expand...

Well, sailing is more efficient than travelling by road ...

Hussar said:
I feel like I just got mugged by theoreosaurus.

I'll admit freely that most of that sailed WAAYYYY over my head.

My understanding of the suggestion is that (i) journeys should not overlap (very much) with places, as far as the challenges they pose and the resources they consume, and (ii) journey should be necessary to get from place to place, and (iii) places are where resolution (ie quest/story-level "victory") occurs, at least most of the time.

In this suggested framework, (iii) in combination with (ii) is the reason why players have their PCs undertake journeys - ie they need to get to places in order to achieve resolution; while (i) is the reason that journey don't suck - ie they let the players do things, and succeed at them, in a different way from what happens at places.

An example of Pilgrims Roads that connect through port cities scattered through multiple nations while being maintained by none of them. 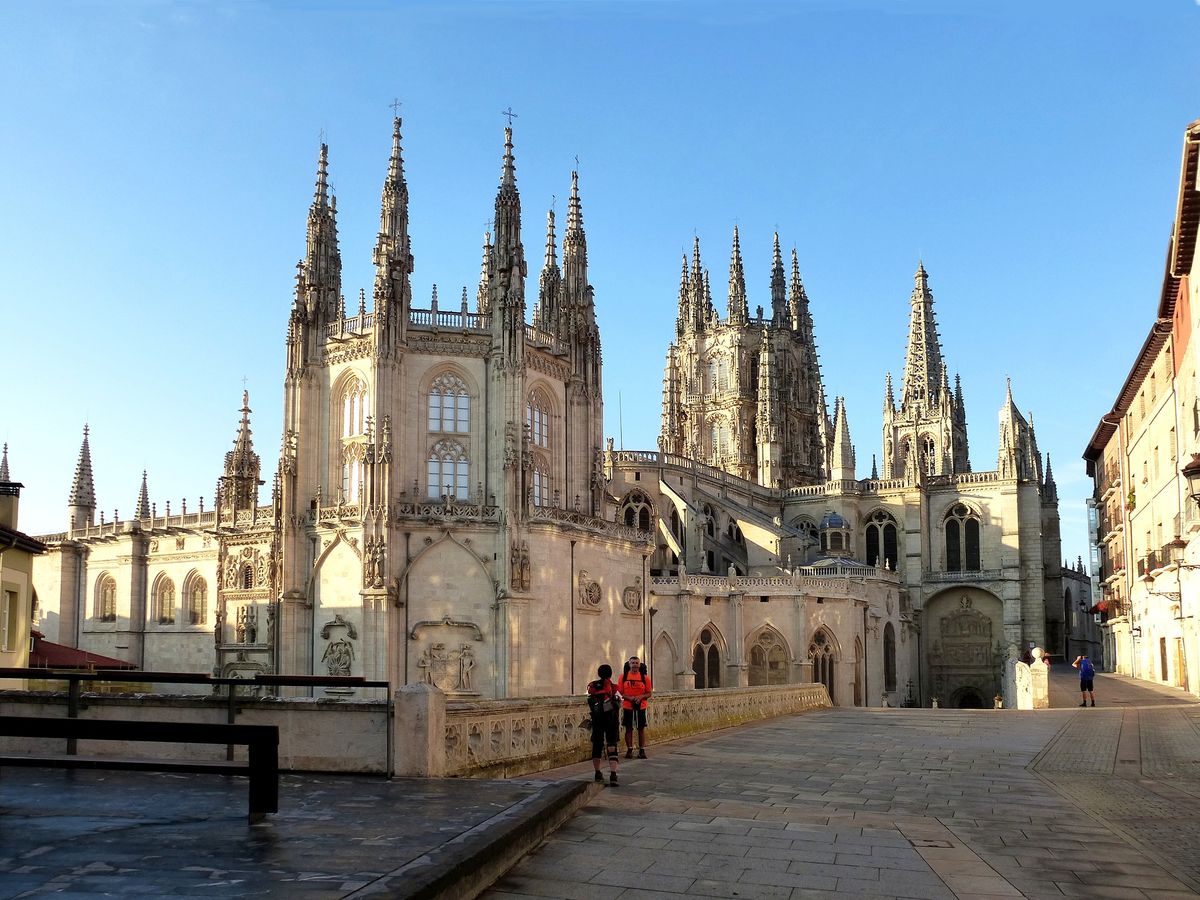 Everything you need to know about the Camino de Santiago, the ancient pilgrimage route of Spain

Lace up your boots and read on for everything you need to know about taking on Spain's famous pilgrimage trail, El Camino de Santiago. Buen Camino!

Other similar roads connected to Rome or Istanbul or Jerusalem.

Connecting these to D&D means embracing the multicultural composition of the peoples on the way. Recognizing that there could be bandits, cultists, mainstream sects at war, that in tier 1 play food & water resources matter especially since other pilgrims are draining the land, that your party will meet peoples who need saving as they are out of their own capabilities. And maybe you'll meet a saint or avatar along the journey.

Do not shirk from the challenges, as epics are written of pilgrims traveling by road. There's a rather famous collection of English Tales that do just that

Hussar said:
2. Why do you think a boat is more expensive than walking? It certainly isn't.
Click to expand...


Historians estimate that boat shipping had a 20 fold greater capacity and profit than overland caravans. River trade was about 5 fold

Ancalagon said:
Historians estimate that boat shipping had a 20 fold greater capacity and profit than overland caravans. River trade was about 5 fold
Click to expand...

Isn't the discussion about pilgrims pilgraming?

bedir than said:
Isn't the discussion about pilgrims pilgraming?
Click to expand...

"Guarding the caravan" is a staple trope of RPG journeys. Yes, that's a bit redundant, and purposely so! Escort quests of any kind can just die in a fire.

niklinna said:
"Guarding the caravan" is a staple trope of RPG journeys. Yes, that's a bit redundant, and purposely so! Escort quests of any kind can just die in a fire.

How is it redundant. Trade goods have moved along roads throughout history, even along coast lines, and they’ve been guarded while doing so.

doctorbadwolf said:
How is it redundant. Trade goods have moved along roads throughout history, even along coast lines, and they’ve been guarded while doing so.
Click to expand...

"Staple" connotes that a thing is very commonly used. "Trope" connotes, well, much the same! Hence using the two words is redundant.

Hussar said:
Me, I just find it jarring to see something like maps of Phandelin, a northern town surrounded by very, very dangerous monsters, and has zero actual defenses. No walls, no moat, no siege weaponry, nothing. To me, a town in the Sword Coast should look a lot more like Roman hill forts than 15th century English towns.
Click to expand...


That bothered me as well - it might be too much for them to build full curtain walls etc, but at least a palisade to keep raiders at bay

I mean, there are degrees of frequency of use.

It's interesting to think about the issue of resources. @clearstream and @pemerton both mention the notion of these side quests using a different resource management scheme than the main quest. But, I think that that isn't really the main issue. Resource management is important, but, the resource that is at stake here is out of game real world play time.

If you're like me and you run a three or four hour long session, spending two or three hours on some side-quest usually isn't really what the players signed up for. Particularly if that side-quest isn't forwarding anything and isn't really any real source of in game reward. Once in a while might be fun and fine, but, by and large, if the players are traveling to Point B to deal with That Really Important Problem, then spending significant amounts of time not dealing with that isn't very appealing.

So, I think it really behooves the DM to think about time management. If your side quest is an eight encounter dungeon, that's not a side quest - that's a full on quest. That's going to take at least an entire session to resolve, and probably more than one. Given the choice, the players aren't going to engage with that because it's too much of a time sink for something that they have largely no reason to do.

When creating these side treks, keep encounters to a minimum - 1 or maybe 2. Make it worth the player's while that if they are going to spend their real world time doing it, it has to be fun enough that they actually want to do it. And, don't try to force it. Keep it much lighter and more fun. Let the party curb stomp something to show how badass they are. It's perfectly fine to have a very low risk combat followed by a bit of light exposition. Something that eats up 30 minutes of table time at the most.