D&D Beyond has just been announced! Coming this summer, and billed as "Your digital D&D source", it has a compendium of official content, character builder and manager, the ability to use home-brew content, D&D forums, and is usable on any device. A 1-minute announcement trailer can be seen below. D&D Beyond is produced by a company called Curse Inc, owned by Twitch. Right now, there's a signup for the Beta version. More info as/when it becomes available! [UPDATES: The D&D Beyond folks have offered some more info, which I have included below; I will be chatting with them later this week, with luck!]

"We are excited to announce development of D&D Beyond, an official digital toolset for use with the Dungeons & Dragons fifth edition rules. We have partnered with Curse to take D&D players beyond pen and paper, providing a rules compendium, character builder, digital character sheets, and more—all populated with official D&D content. D&D Beyond aims to make game management easier for both players and Dungeon Masters by providing high-quality tools available on any device, empowering beginners and veterans alike!" goes the official description.

"D&D Beyond speaks to the way gamers are able to blend digital tools with the fun of storytelling around the table with your friends,” said Nathan Stewart, Senior Director of Dungeons & Dragons. "These tools represent a way forward for D&D, and we’re excited to get them into the hands of players soon!"

The company, Curse Inc., is owned by Twitch, and is based in San Francisco, with offices in various countries. They produce tools and communities for gamers - up until now, mainly video games. They started as a way to organise the founder's World of Warcraft add-ons about 10 years ago, and grew into a multinational company from there. The company makes a desktop app called the Curse Client, along with community driven wikis, tools, guides, and databases for games like Minecraft, Diablo, Countersrike, Overwatch, and more. In 2016, it was announced that Twitch would acquire Curse.

That last item makes it sound like it'll work offline, which will be a popular move. And the home-brew content mention is also important, especially because WotC supports DMs Guild.

UPDATES: I checked with WotC's Greg Tito who confirmed "D&D Beyond will work without an internet connection. That's a big deal for the devs!"

Adam over at D&D Beyond confirmed a little about the pricing model:

We don’t have exact pricing nailed down, but you will also be able to buy official digital D&D content for all fifth edition products with flexible purchase options. You can pay only for the D&D content you need. If you only play fighters, for example, you’ll be able to just pick up the stuff you need to track swinging that giant two-handed sword.

A small monthly subscription will be needed to manage more than a handful of characters and to enable more advanced features, like homebrew content integration. At this time, we don’t know exactly how much the subscription will cost."

He also confirmed that the pricing structure is not about microtransactions: "I'm about to get on a plane so I've got to be brief, but I wanted to check in and make it clear that "microtransactions" were not mentioned and are not what the model is about."

And also that D&D Beyond is definitely not a Virtual Game Table (VTT): "D&D Beyond is intended to enhance gameplay around a table (virtual or otherwise) - we intend this to be completely complementary and have no intention of creating a VTT." 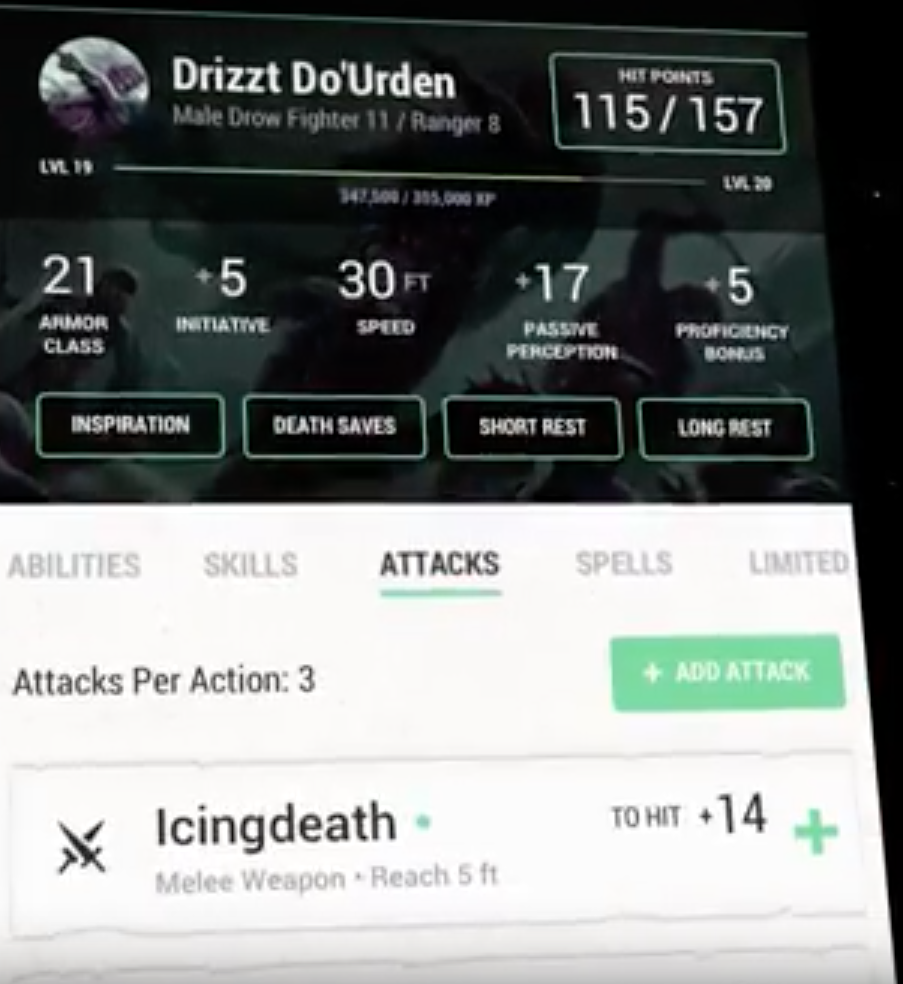 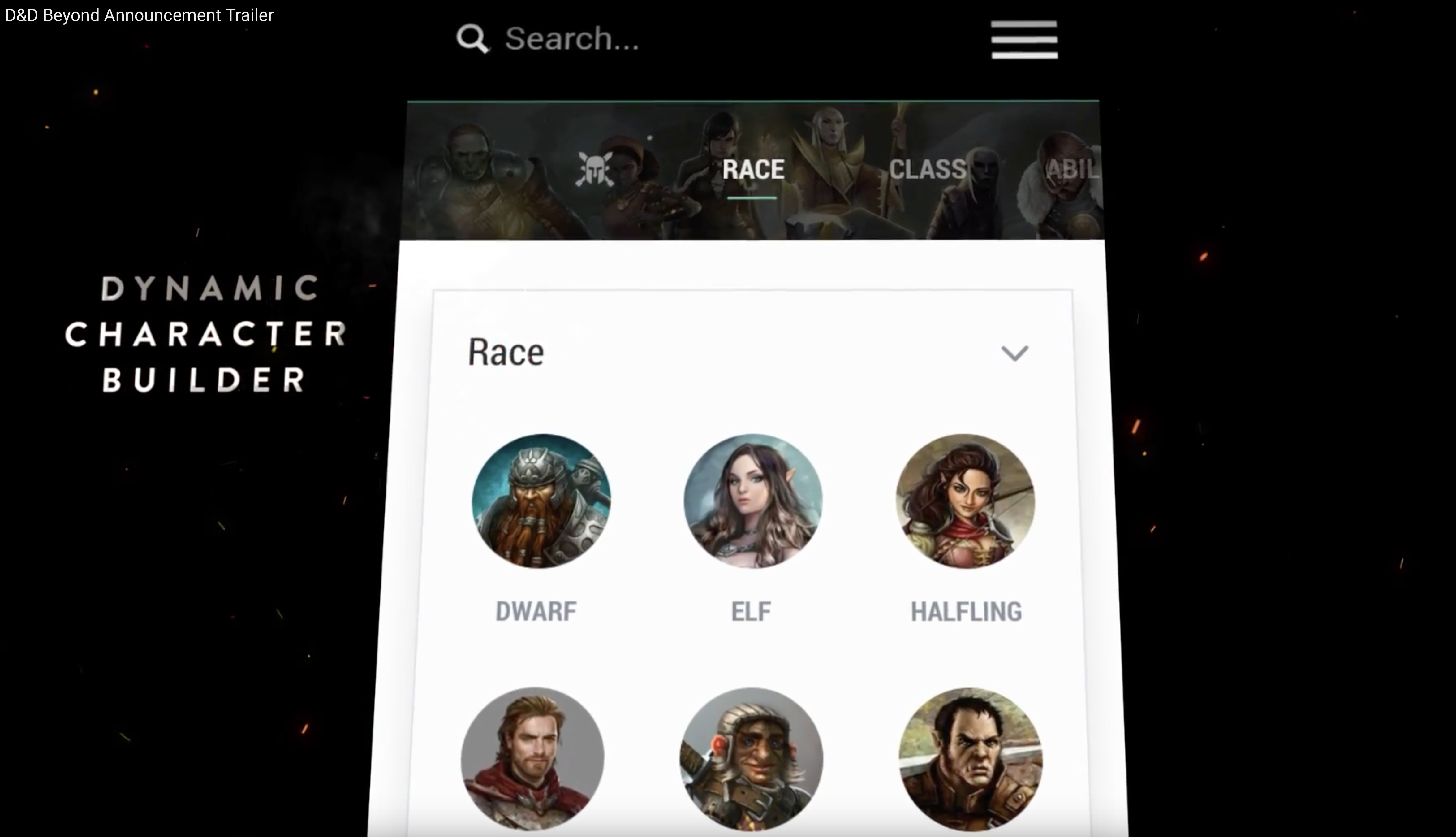 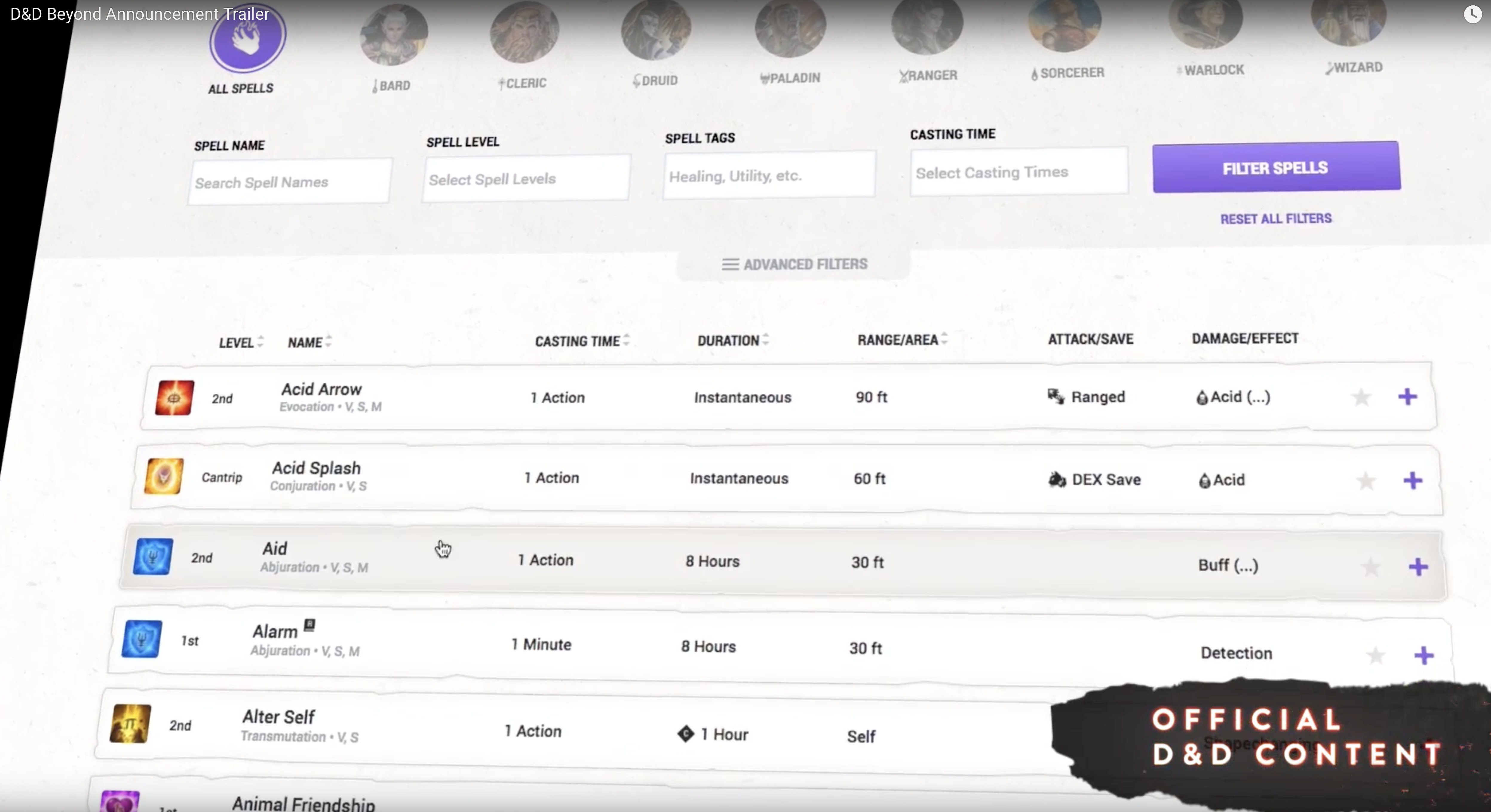 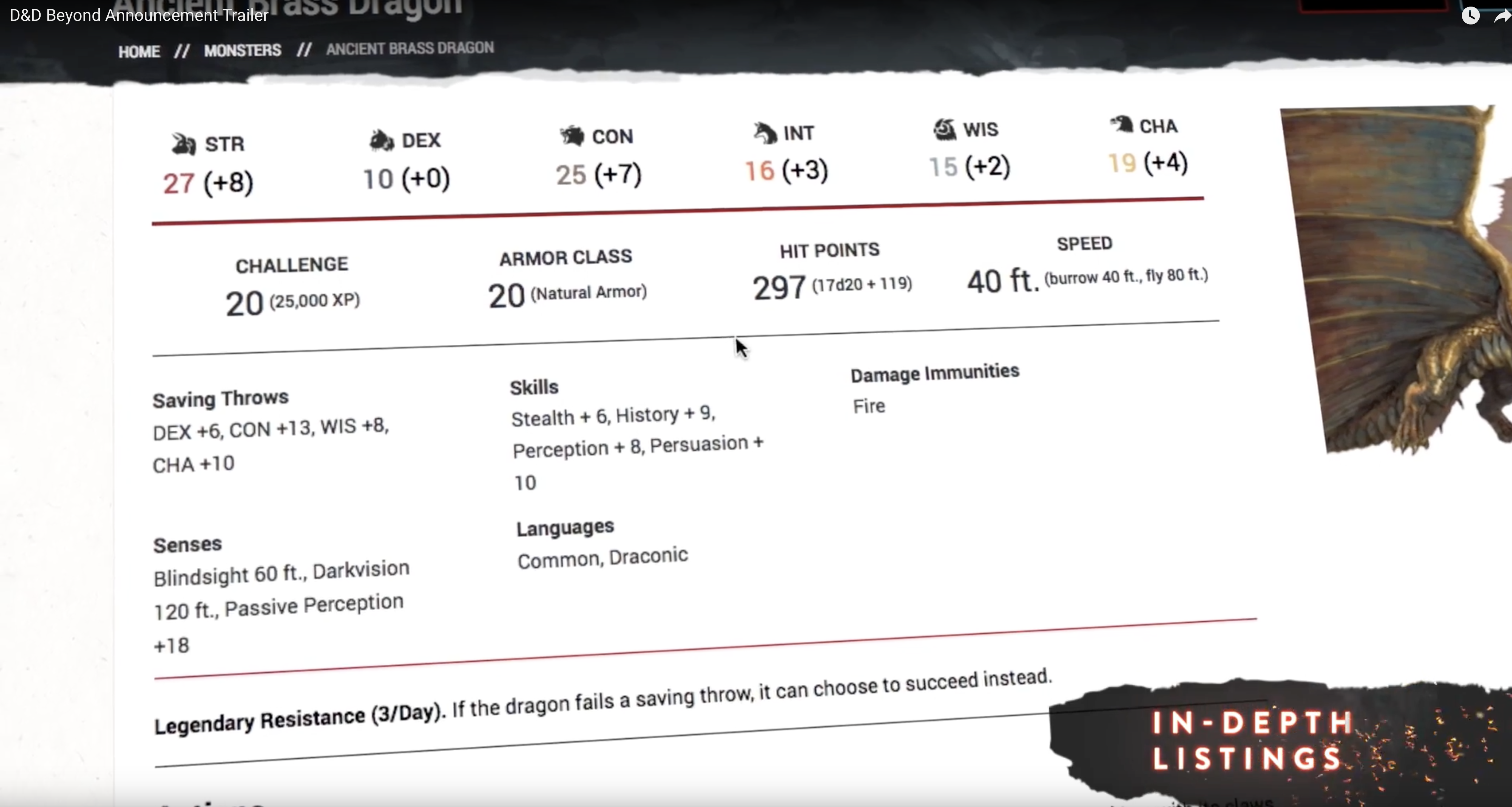 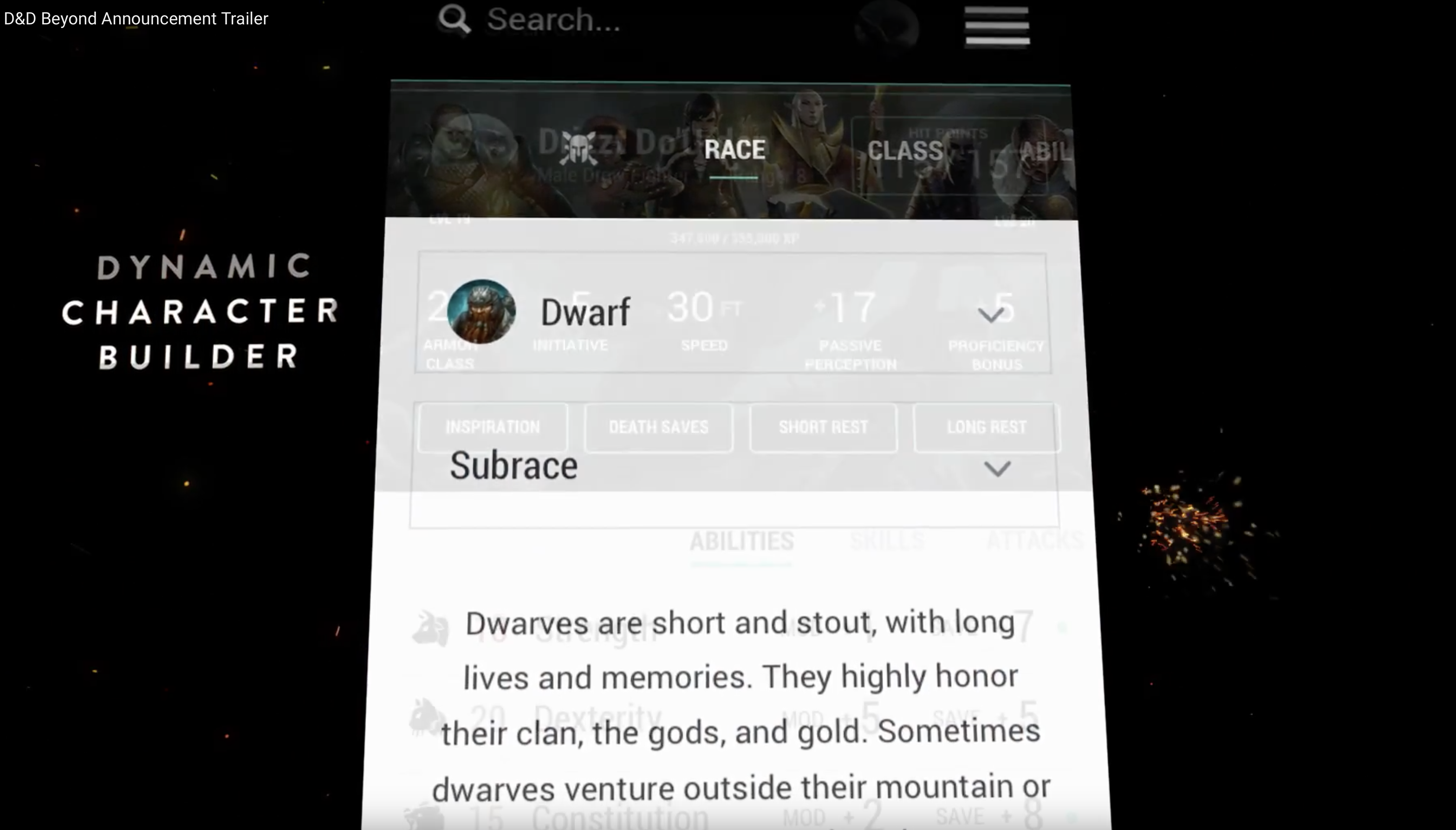 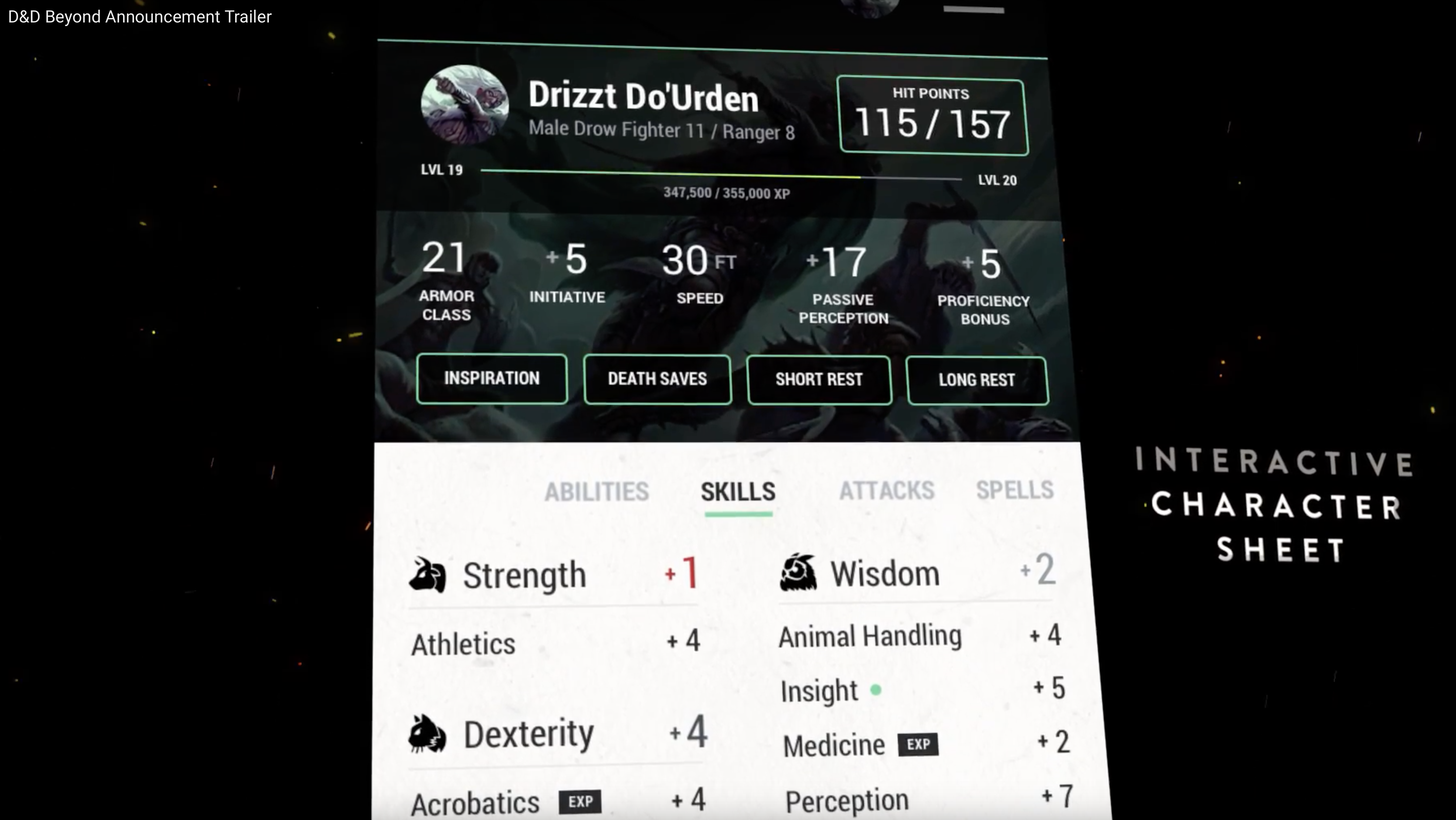 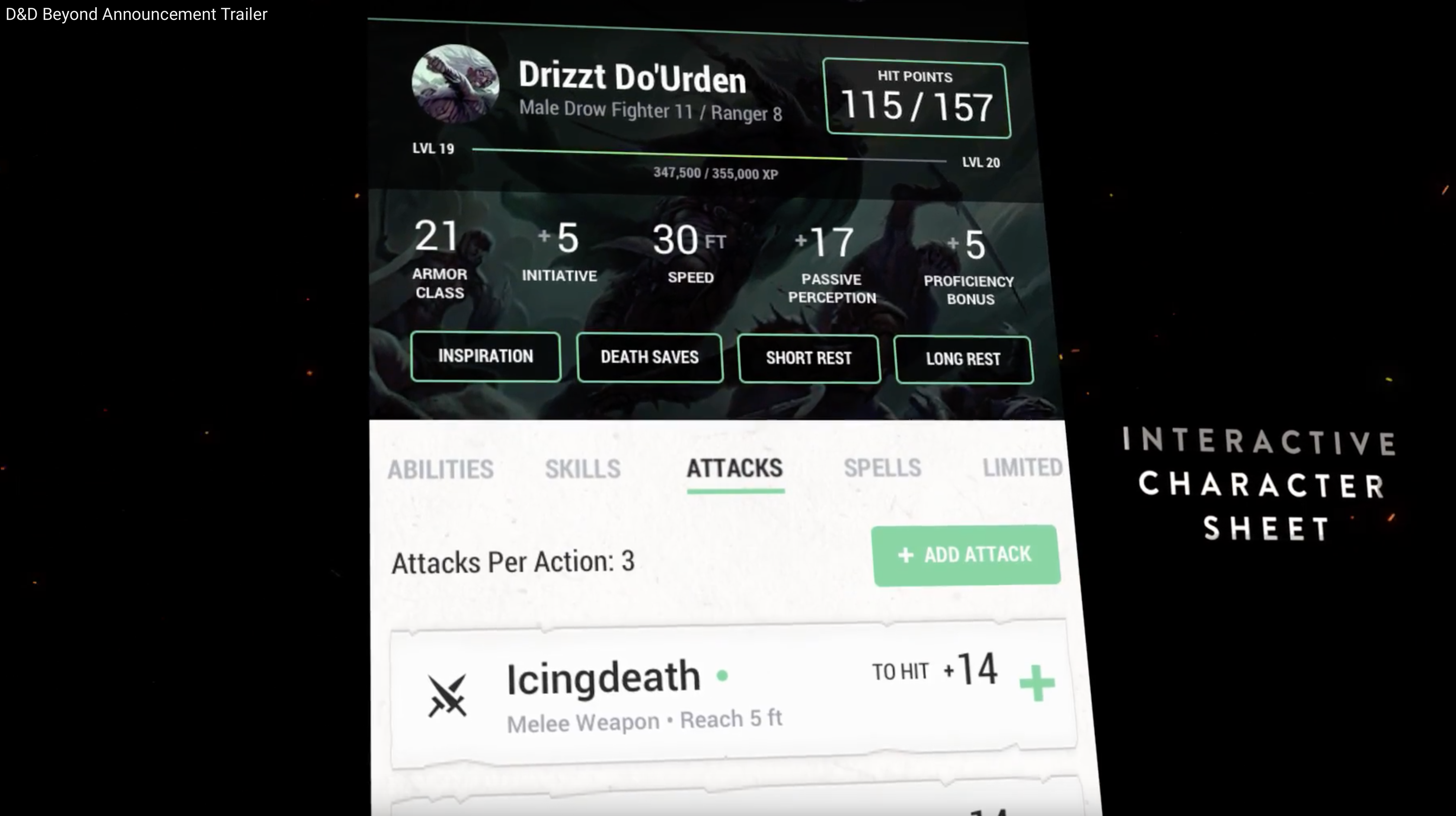 
Right there in the article.

SO PUMPED FOR THIS!

Staff member
From what I can make out, Curse doesn't just do compendiums etc. - it's a large community platform. It looks like this is what WotC plans as the replacement for their forums, all integrated with the tools, character builder, etc.

Okay, this looks really good. But the thing I want that I'm not seeing yet is networking within a gaming group.

This looks like a handy app to run on your phone. Great. I've wanted an intuitive smartphone character sheet for years. But I want the GM to be able to use a tablet and have all the players at the table feed their status to his master app. Let him track the party's stats in real time. If a monster uses a special ability that is a smidge complicated to handle (like a Medusa's petrification gaze), let him select it and choose 'share with table,' so that all the PCs can see the rules. Or if one PC spots a monster, let the GM 'share with player X' the image from the monster manual.

Maybe that would clutter things. But I hope they've at least tested that sort of interface.

Also, I wonder if in the future we'll see adventures that are directly integrated into this software. The GM buys an app called "ZEITGEIST: The Gears of Revolution - adventure one" and he can read it on his tablet in pseudo-PDF form, or he can toggle to 'gameplay mode' where all the encounters are thumbnailed, and there's an easily-accessed appendix of all the stats, illos, and maps. Heck, have some of the loot available, and if the party finds the "Golden Icon of Urim," the GM can select 'share with player Y' so he immediately gets the item.

I wonder how hard it will be for third parties to work things into this app.

Staff member
One thing I like about it is it says it supports home-brew stuff. I guess it had to, otherwise WotC would be crippling the DMs Guild if nobody could use its content in the official app.

Looking forward to see the end product, especially if it's even better than herolabs.

I cannot wait for this!

I want to be excited but just will remain cautiously smiling. If this works out as advertised, then I will be thrilled with the home-brew part too!

Morrus said:
Right there in the article.
Click to expand...


When I first saw the post it had no text, just a single screenshot.

Very nice. I can almost smell an official VTT. Both Twitch and Curse have some strong infrastructure that would be highly supportive of one.

I currently use Hero Lab. This doesn't bode well for HL getting a 5e license, so I hope D&D Beyond is a well-made app. One of the strengths of Hero Lab is the ability to create custom items and monsters. Customization is HL can, however, be a bit wonky and intimidating for the less technically adept/patient. Since D&D beyond only has to worry about one game system, it should be easier for them to create a well -tailored and user-friendly character builder that supports home brew content. if they pull it off, it may convince me to switch over. More likely, however, I would use both. I would hate to use Herolab's integration with RealmWorks. Most likely, i would use D&D Beyond as a player and HeroLab as a DM.

Mostly, I'm just excited that there is decent competition.

Morrus said:
From what I can make out, Curse doesn't just do compendiums etc. - it's a large community platform. It looks like this is what WotC plans as the replacement for their forums, all integrated with the tools, character builder, etc.
Click to expand...


Now I love enworld, but I'll be really happy if this is the case, I miss the WOTC forums for DND- and that level of integration sounds like it would make for a really great experience. I'll be happy to have another board to visit for general DND discussion topics, as well as this one.

Has anyone figured out what the pricing model is?

Sorcerers Apprentice said:
Has anyone figured out what the pricing model is?
Click to expand...


I've asked. I suspect if they wanted us to know that yet we'd already know though.

D&D 5E How Will D&D Beyond Implement Monsters of the Multiverse?
2