Ralif Redhammer said:
Being a kid and running headfirst into early D&D's lethality was a heck of a thing.
Click to expand...

It drove one of my friends to never play again after his first game.

Thankfully my brother forgave me for killing his first character in his first adventure and still plays to this day.


Voadam said:
It drove one of my friends to never play again after his first game.
Click to expand...

Voadam said:
It drove one of my friends to never play again after his first game.
Click to expand...

My first character died super early, and for a pretty ridiculous reason. My brother was the DM and we were playing palace of the silver princess. I was a cleric. First encounter with a skeleton, and I survived with 1 hp. My brother asked me what directions I’d go.

Keep in mind the map was between us on the floor, so my left was his right.

He said, “you run into a wall and take 1 hp damage”

When I was 7 my brother who was a teenager got both the Moldvay box sets for Christmas. He was less than interested and they sat in his closet unused. I was always fascinated with them and would ask all the time to look at them. Eventually he told me I could just have them.

The most I triguing part at first was the craziness of the idea of a boxset. It had these wired dice, and a crayon and a rulebook I couldn't understand well, and maps, and a set of caves full of bad guys. Pure magic.

By 9-10 myself and a couple buddies were able to pseudo play DnD. Playing mostly consisted of drawing elaborate deathtrap dungeons on graph paper at school and then having the other guys try to make it through. We probably used 5% of the actual rules.

Today my biggest bit of nostalgia for the box sets is alive for Erol Otis and sheer heartwarming joy whenever I see the font in use regardless of the content. Love me that font! Chef Kiss

Cadence said:
In basic anyway, the Kobold's were never said to be reptilian (which throws me off still in some other editions):
View attachment 149465
Click to expand...

Yeah, there were subterranean dog-tiles or some such. Keeping in line with germanic folklore, they could have easily been made into a goblinoid. Part of me likes the weirdness and vagueness of ODD. Pig-faced orcs, elves that wouldn't be recognizable as elves when compared to modern depictions, etc.

In my game I like to use the 5e art and descriptions for what the creatures are really like and use some of the old school art as how ignorant, bigoted peoples of other groups depict them.

Kobolds are one of my favorite species of humanoids in the game, and lizardmen are right up there as well, and I like the current 5e description and lore for them. But I like to think about how a reptilian humanoid with human-like intelligence would actually live and how it would be different from mammalian humanoids. For one, clothing would be more about holding and carrying things or armor in a fight. It would not be for warmth (though more on this below). Also, they would be less concerned with minor scrapes from bushes, rocks, etc. because of their scaly skin, and they would know that minor imperfections will soon be shed away.

But another idea I've played with is to treat some of the reptilian humanoids more like dinosaurs, which were warm blooded, sitting in evolution between reptiles and birds. I can see kobolds and lizard men evolving from a branch of "avian" dinosaurs. Perhaps they are even covered in light features when young, which are shed away when they mature. Looking at them this way allows you to play them a bit more like other playable races. It is difficult to imagine a true ectothermic creature adventuring into the snowy mountains without lots of magic.

I mean, sometimes, the answer is just "magic." Does evolution have much of a place in fantasy setting with gods and magic? Personally, I like to think so, be cause it is fun to think about.

Us younger cousins kept bugging my cousin Dave to run D&D for us. His mom finally told him he had to. So we made up characters--You are yourself, roll 1d4 for hit points--and he began the game.

Dave "All of you are in a room together with a fiery dog-like creature. What do you do?"
Us "Oh no. We try to put out the fire."
Dave "It isn't a normal dog. It's a monster called a hell hound. It bites you (rolls dice). You die."
Us "Dungeons and Dragons sucks!"

Another cousin's friend ran several of us through B1 in 1980 over a four-day Thanksgiving weekend. After that I bought the blue box and began running games for my friends.

I think I've been recently describing them as "lizardy dog-folk". In a world with Thouls, Chimera, and Owlbears, anything is possible!
Click to expand...

Owlbear are another creature that I reskin as a "beast" in my game and treat them as evolved from avian dinosaurs. I mean we have some real world creatures from earth's past that look like D&D art: 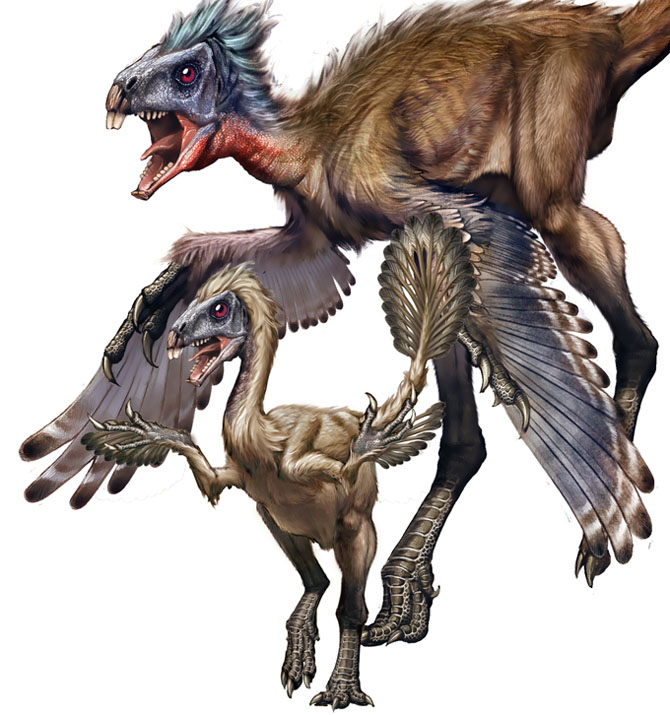 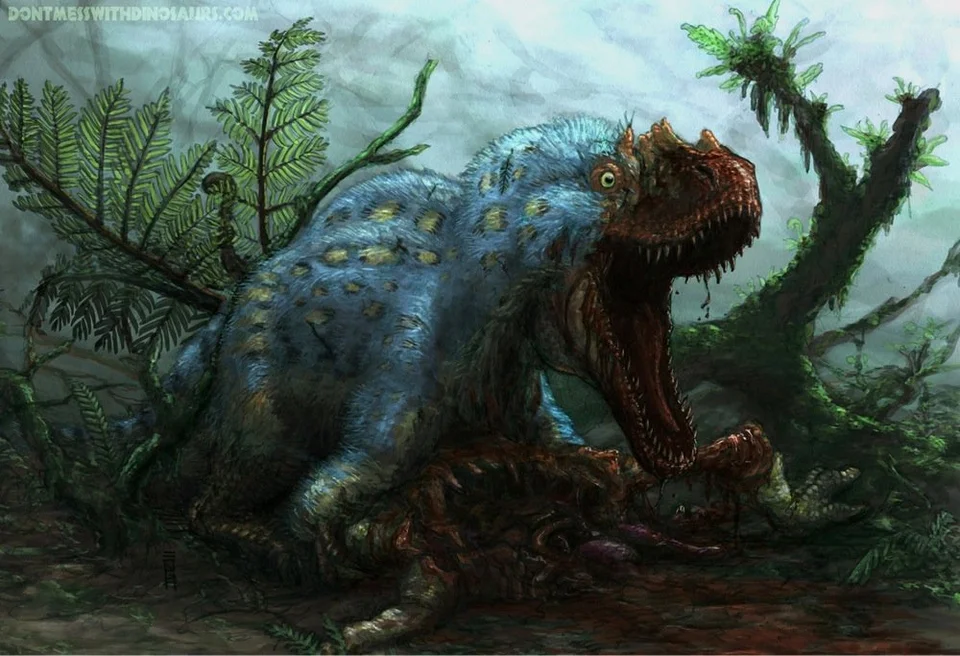 Hell, describe a modern-day potoo to your party when they are walking through the woods. They'll be sure they've encountered some fey or demonic being.

"The ranger notices something on one of the tree snags up ahead."
[Ranger succeeds in a perception check.]
Seems to be a bird camouflaged, roosting on the snag. 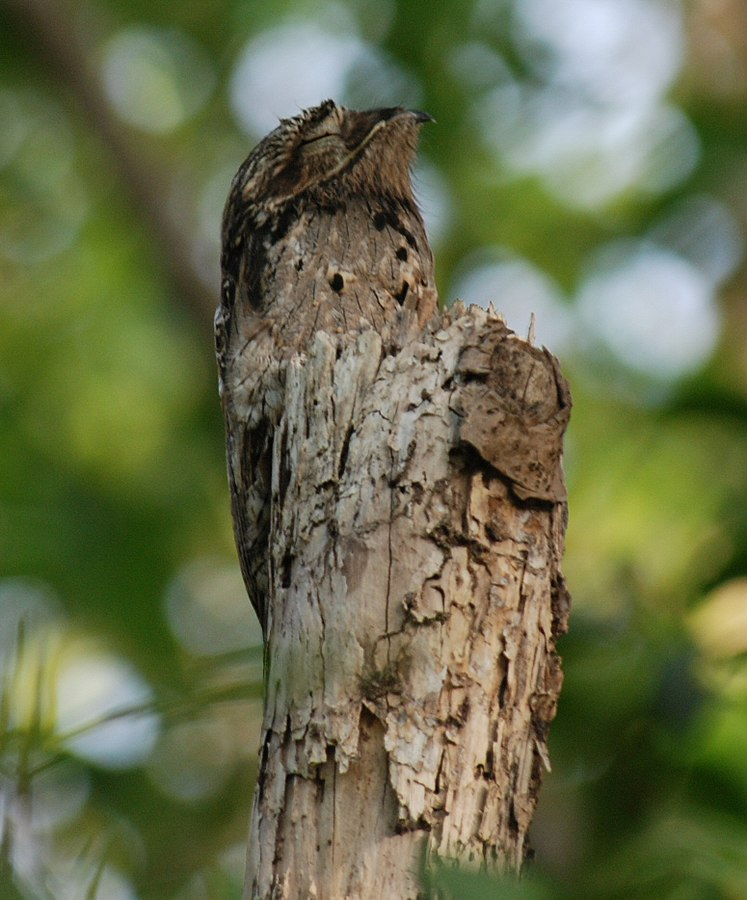 [Ranger draws his book and approaches carefully to investigate.]

"After you come to within 40 feet, it opens its eyes, revealing large yellow eyes with black pupils." 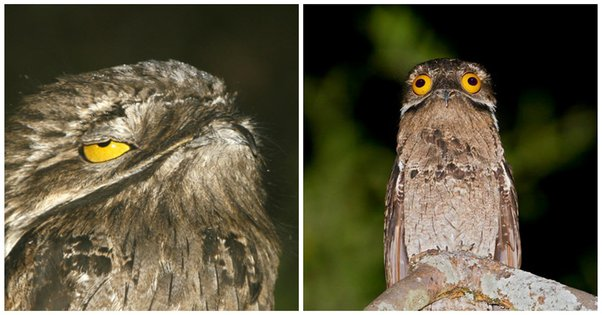 "The eyes go all black and it releases a deep-gutteral sound... 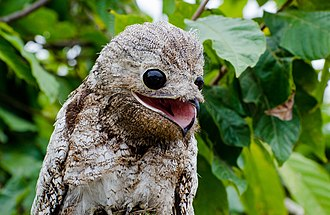 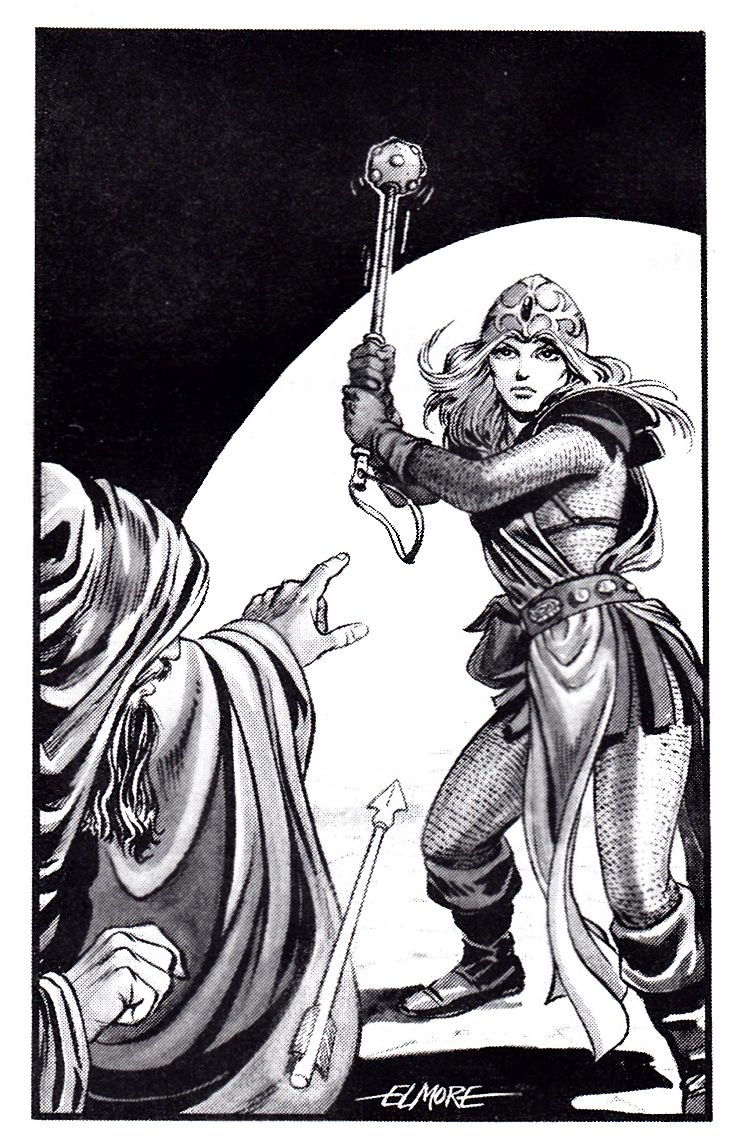 Moldvay Basic. The art. Oh, my gods the art. That introduction still stays with me. I wish more people would read it and play by it.

“The D&D game has neither losers nor winners, it has only gamers who relish exercising their imagination. The players and the DM share in creating adventures in fantastic lands where heroes abound and magic really works. In a sense, the D&D game has no rules, only rule suggestions. No rule is inviolate, particularly if a new or altered rule will encourage creativity and imagination. The important thing is to enjoy the adventure.”

We were on a WEBELOS scout trip in 1982 touring historical sites when a friend broke out the Moldvay red boxed set. I was hooked.

Emirikol said:
We were on a WEBELOS scout trip in 1982 touring historical sites when a friend broke out the Moldvay red boxed set. I was hooked.
Click to expand...

Supporter
Lets see, Earliest memory of reading.... so that's not going to count my mother telling me to avoid it, it's evil.

So in 7th grade I had read a magazine article about the Minotaur and Labyrinth legend, and the article had art of a maze from above. It was a terrible maze, lots of chambers that were impossible to get into, really easy to solve, etc. So one day in class some guys saw me drawing a maze. They complimented it, And they asked if it was for D&D, I told them no, it's just to make a maze. They then loaded me a Forgotten Realms boxed set, I poured over every word of that loving it! Didn't play for almost a decade later though.

Reading the description of play from the 1e DMG...where did those ghouls drag him off to? And where's the thief?

Eric V said:
Reading the description of play from the 1e DMG...where did those ghouls drag him off to? And where's the thief?
Click to expand...

Yeah. That description was fantastic! Emulating it probably elevated my DM'ing skills more than anything else in that book.

Bought the Holmes set after reading an article in my mom’s People magazine about Gary Gygax and Dungeons and Dragons. It absolutely blew my 9-year-old mind, but I couldn’t make head or tails of it as a game.

My most powerful memory of the books (aside from the classic Holmes box cover) is the list of characters in the back of B1. I still use those names for PCs and NPCs to this day. 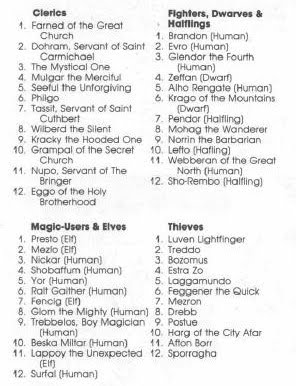 Yesterday at 1:34 AM
Libertad